In this post, I update the status of the American River fall-run through 2018 with the addition of escapement estimates for the 2017 and 2018 runs. I also provide updated information on returns of hatchery brood year 2014 (2015 smolt releases). In addition, I provide a prognosis for the fall 2019 and future runs (returns/escapement).

Survival estimates based on hatchery coded-wire-tag returns for brood year 2014 (released in spring of critical drought year 2015) ranged from 0.3 to 1.4% (Figure 3). All were releases to Bay net pens. The two higher (good) survival rates were from mid-May releases, when outflows were slightly higher and Bay temperatures were cooler (Figure 4). Differences in survival among and within years reflect a positive relationship between survival and Delta outflow on the date of release (Figure 5).

Survival of hatchery brood year 2015 (2018 hatchery counts, Figure 2) was slightly depressed, possibly as a consequence of more of the hatchery smolt production being released into the lower American River rather than trucked to Bay pens (Figure 6). Early tag returns from the 2016 releases indicate much higher survival of the Bay pen releases than river releases (Figure 6).

River flows and Delta outflow conditions were much better in springs of 2016-2019, wetter water years, than in the springs of the 2013-2015 critical drought years (Figure 7). Survival of naturally produced fish and hatchery fish released into the river should show improvements given the wetter conditions. Survival of hatchery fish released to the Bay should be good given higher Delta outflows. It may take wet-year-type spring river flows (Figure 8) or timed pulsed flows to achieve high survival of river smolt releases. River-release survival rates from 2016 and 2018 release groups are likely to be depressed since these water years were saw only moderate flows after mid-April, whereas river-release survival rates from the abundant water years 2017 and 2019 are likely to be good, as in 2010 and 2011. 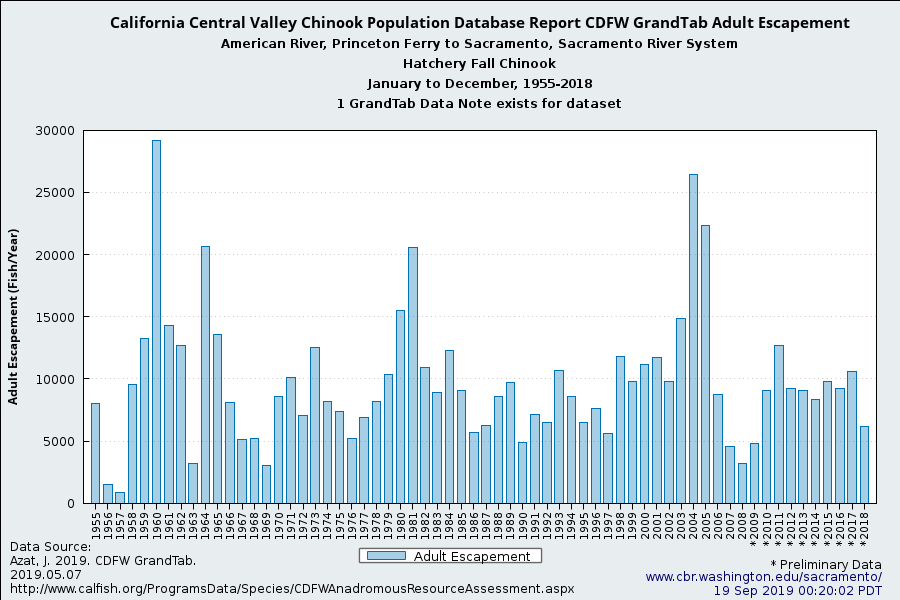 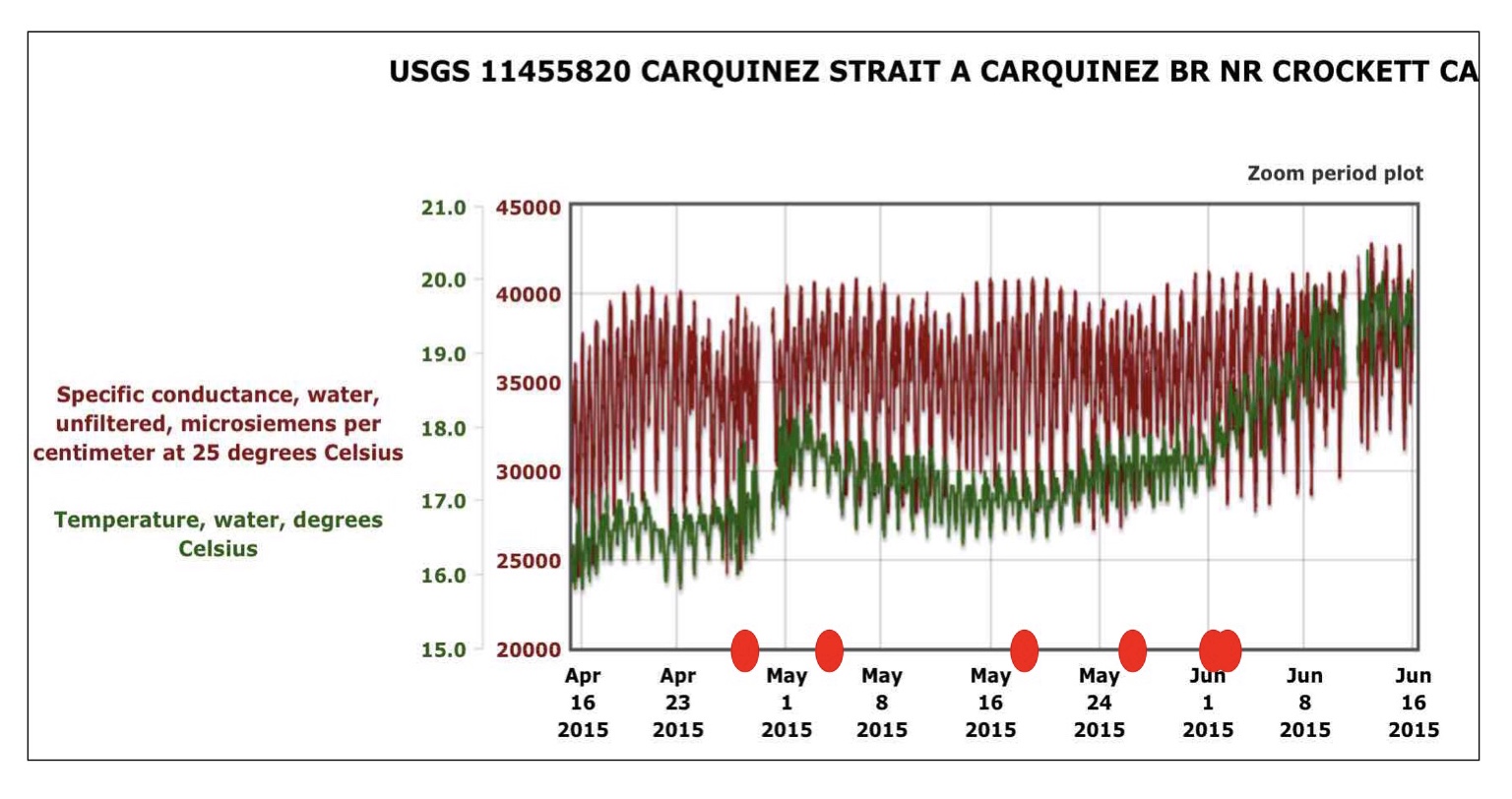 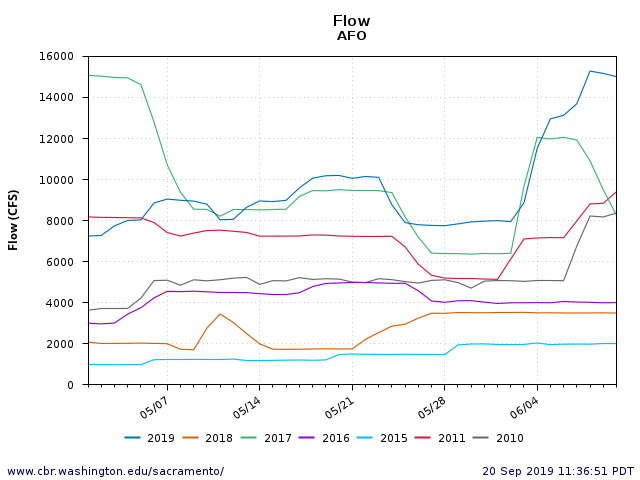