As we enter May 2020, winter-run Chinook salmon are in the middle period of their near 300-mile adult migration up the Sacramento River to spawning grounds below Shasta Dam near Redding, CA. These adult salmon are in jeopardy this spring from low flows and high water temperatures in the lower Sacramento River. The new federal biological opinion on the long term operation (BO-LTO) of federal Central Valley Project (CVP) and State Water Project (SWP) that went into effect in October 2019 is not protecting these migrating adult winter-run.

Figures 1-4 depict the basic problem: water temperatures in the lower 120 miles of the Sacramento River from Wilkins Slough downstream to Rio Vista are in excess of stressful or near-lethal levels, levels known to hinder or even block migrations, and levels known to reduce (1) survival, (2) successful spawning, and (3) subsequent egg viability of the adult salmon.

At a minimum, water temperature objectives in the Basin Plan and Water Right Order 90-05 should be met. It is simply unacceptable for water temperatures at Verona (RM 80) to be 70°F or higher. Maintaining lower river flows near 6000 cfs near Wilkins Slough (RM 120) and near 10,000 cfs near Verona (below the mouth of the Feather River) is necessary to meet temperature objectives. Such levels would also reduce water temperatures downstream in the Delta (Freeport and Rio Vista). The 68°F objective in the Basin Plan is a year-round standard and requirement of the water right permit for the state and federal water projects in the Sacramento River Basin.

In conclusion, there is a continuing eroding of the Sacramento River temperature standard, which appears to have accelerated under the new BO-LTO. Higher spring water temperatures are a serious risk to the winter-run salmon population. 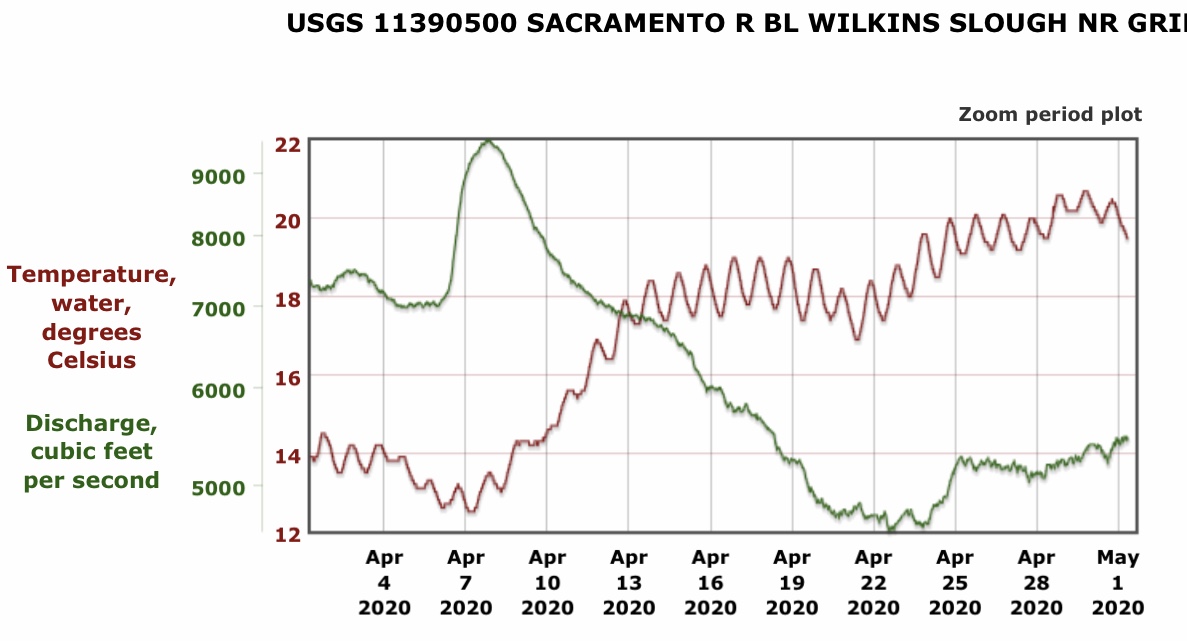 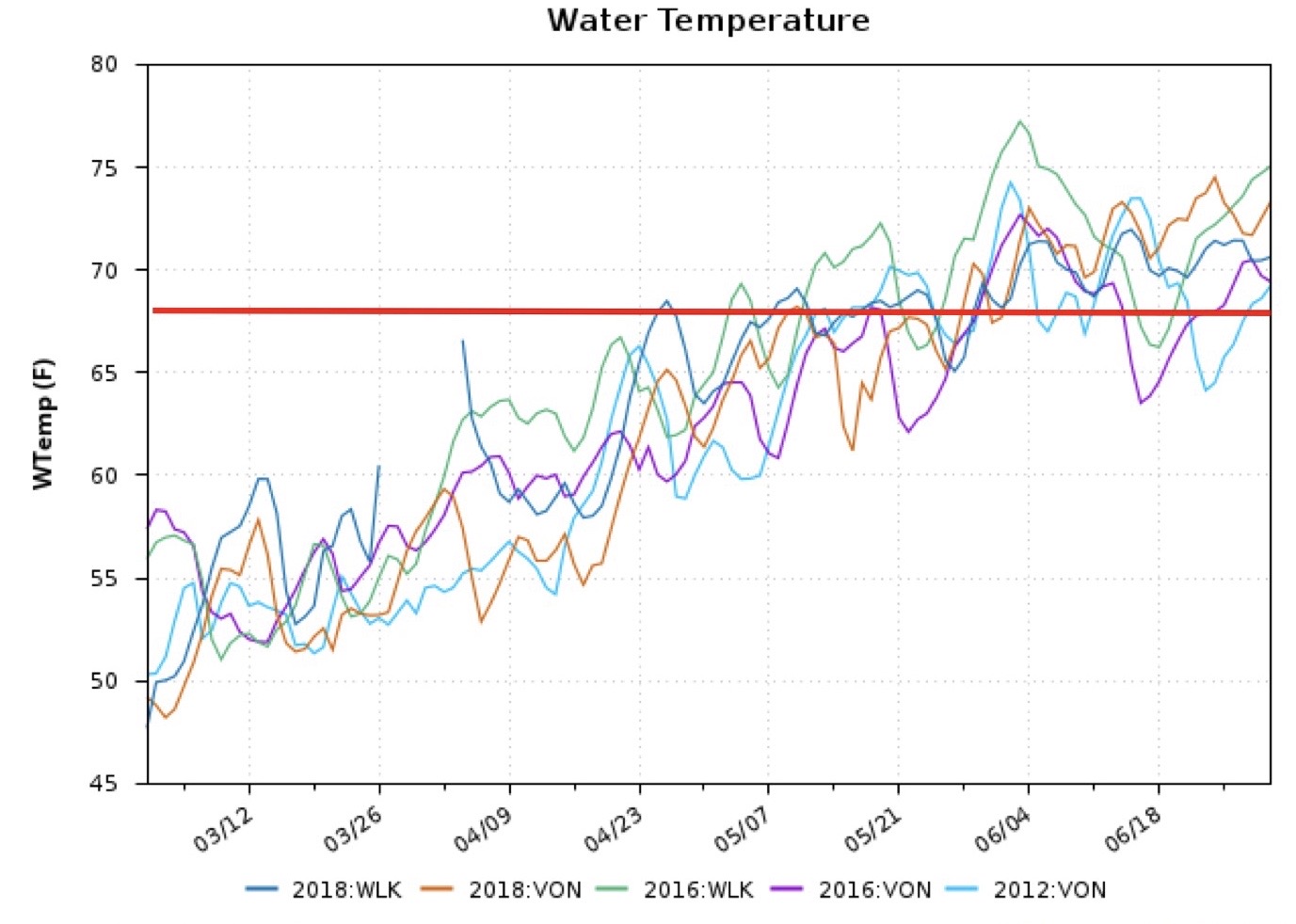