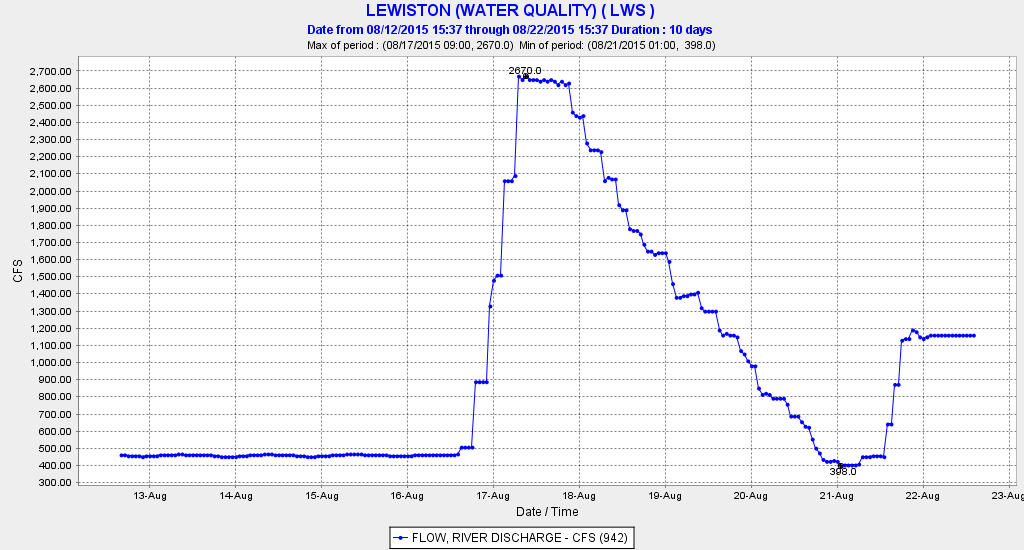 Reclamation tries to justify the transfer of Trinity water as needed to save Sacramento Winter Run Chinook salmon below Shasta Reservoir, when the transfer actually puts the Sacramento salmon at greater risk2. The transfer water passes through Whiskeytown Reservoir, from which it is released to the Spring Creek Powerhouse to the Sacramento below Shasta. The 50°F water from the Trinity Reservoir cold-water pool transferred to Whiskeytown warms nearly 10 degrees (58.5-59.5°F) before passing through the Spring Creek Powerhouse on Keswick Reservoir. Water from Whiskeytown would be even warmer if not for a floating water curtain installed at the reservoir outlet in 2011 to reduce water temperature of releases to the Sacramento basin (Figure 2).3 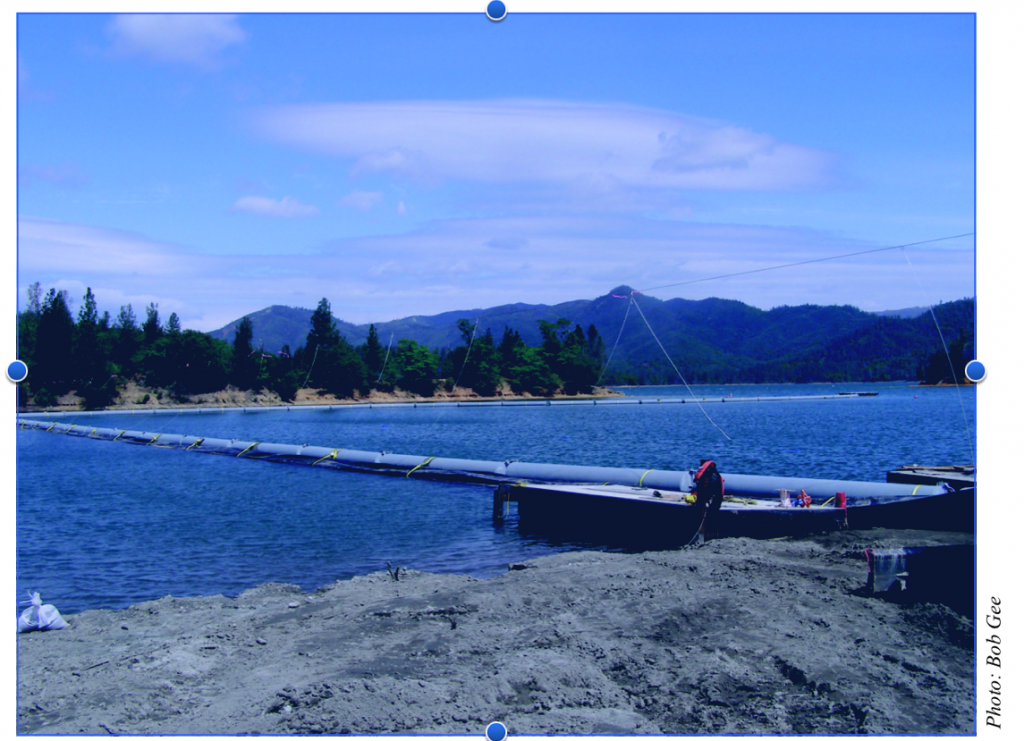 The 59°F water entering Keswick Reservoir must be cooled by Shasta 50°F cold-water pool water to meet the 54-56°F required release temperature of the 7000 cfs prescribed release of water into the Sacramento River above Redding. Because Shasta releases are a blend of cold and warm water to meet downstream required temperatures, the added burden of cooling the Trinity water adds to the demands on the critically low cold-water pool remaining in Shasta Reservoir.

The limited Shasta cold water pool has already resulted in the State Board’s weakening of the average daily water temperature standard of 56°F to protect Winter Run salmon eggs to 58°F at Redding. The weakened standard will result in some egg mortality. There remains concern whether the cold water pool releases can be sustained through the summer, unlike last summer when coldwater ran out in early September leading to the loss of 95% of the salmon production.

Further exacerbating the above problems is the continuing operation of all three storage reservoirs (Trinity, Whiskeytown, and Shasta) for peaking power (Figure 3). Releases for peak power demands occur during afternoon hours when reservoir waters are at their warmest (Figure 4). This specific operation pattern has lead to high afternoon water temperatures in Keswick releases to the Sacramento River, and most recently to higher night release temperatures (Figures 5 and 6). The standard remains 58°F average daily water temperature. Egg mortality increases above 56°F. 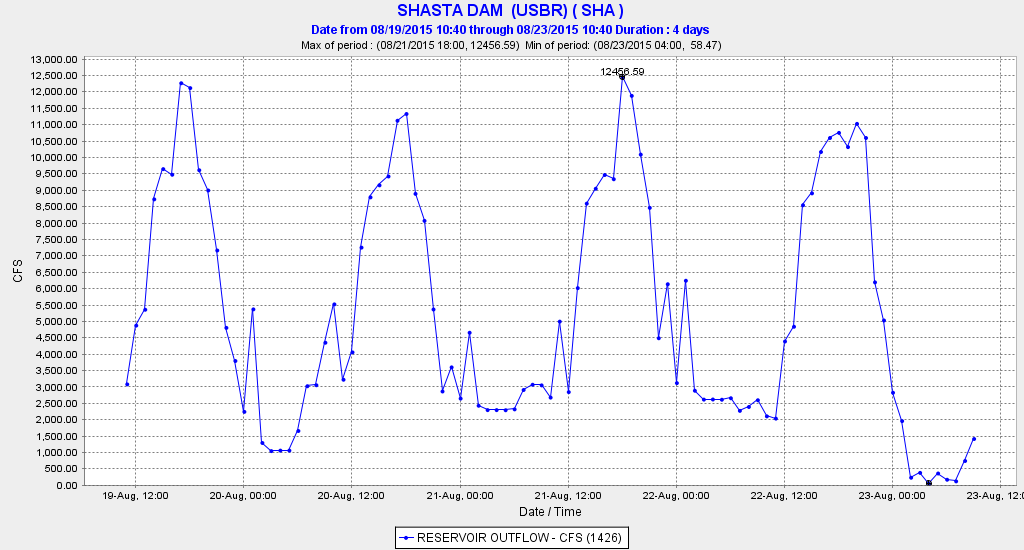 Figure 4. Temperature of water in penstocks to powerhouse from Shasta Reservoir. Note warmest water occurs during peak flows in afternoons.