Delta export pumping has increased, jeopardizing endangered Winter Run salmon and Delta smelt. Yes, there is a lot of fresh water (and young salmon) pouring into and through the Delta from the recent storms. Delta outflow has risen from 5000 cfs to 22,700 cfs this month (Figure 1). So the state has started pumping more from the south Delta. State exports have risen from 500 cfs on 12/21 to 4000 on 12/23.

The problem is that the Low Salinity Zone (LSZ, 500-10,000 EC1) so critical to the Delta ecology has yet to be flushed west, out of the Delta. Turning up the pumps has actually increased the concentration of salt in export water (Figure 2) by pulling LSZ water from the north and west into the central and south Delta (Figure 3). Smelt and salmon concentrate in this zone. The LSZ has moved west from Rio Vista in the north Delta on the Sacramento River (Figure 4), but not from the west and central Delta on the San Joaquin side (Figure 5). Export pumps in the south Delta are pulling LSZ waters from the San Joaquin channel through False River and Dutch Slough (Figure 6).

Remnants of the Delta smelt population are in the central Delta.2 Winter Run salmon smolts began showing up at the export fish facilities in Clifton Court on 12/23. Both occurrences should be a stern warning, given the present poor state of these two endangered fish populations. Closure of the Delta Cross Channel earlier in December to protect migrating salmon actually aggravated the problem by limiting flushing of the central and west Delta and by trapping salmon and smelt in the central Delta. Exports should not be increased until the LSZ is west of Jersey Point. The Delta Cross Channel should remain open until the LSZ is west of Jersey Point. It is better for everyone if exports are pumping fresh water ( 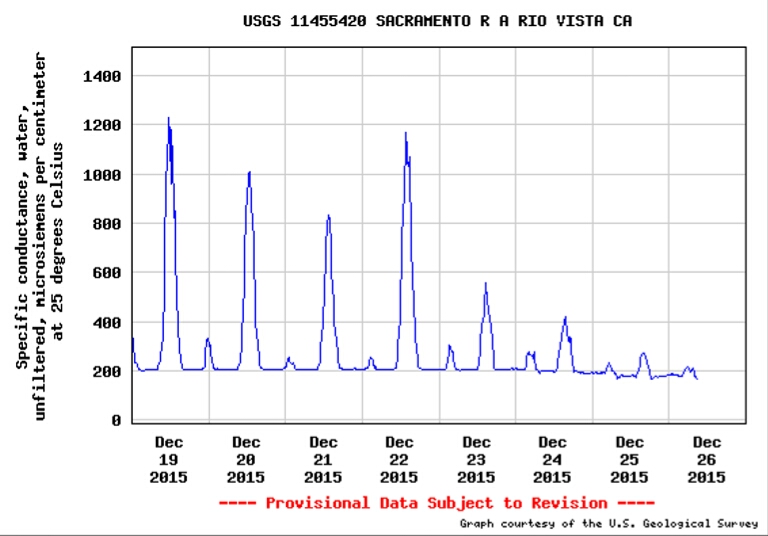 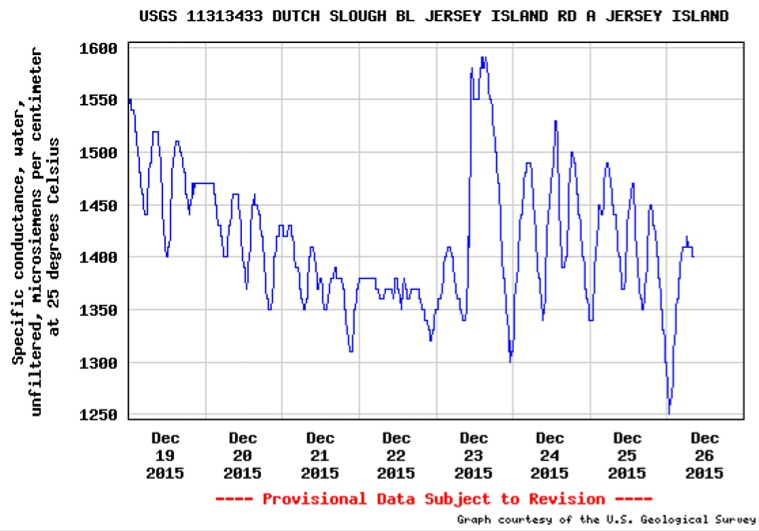