It would appear that this year’s management of Shasta Reservoir’s cold-water pool by federal and state agencies responsible for Sacramento River salmon has been at least partially successful in meeting objectives.  Unlike the last two drought years (2014 and 2015), adequate cold-water storage and releases from Shasta were sustained through summer 2016 to protect winter-run salmon eggs and embryos in gravel beds.  Water temperatures were generally kept within safe margins, and water levels were sustained to limit stranding of eggs and embryos.  It remains to be determined whether spawning and rearing conditions were adequate to reach target survival estimates for winter-run salmon smolts.

Operation of the lower gates of Shasta Dam’s Temperature Control Device (TCD) allowed access of Shasta Reservoir’s deeper colder water through October (Figure 1).  The temperature of the water released from the dam has been sustained at an average 52°F in September and October.  In September and October of 2014 and 2015 averages were 57/61°F and 54/57°F, respectively.

On June 17, the control point for 2016 Sacramento River water temperatures was set at 56°F at Balls Ferry (25 miles below Keswick Dam near Redding).  Normally the regular control point is at Bend Bridge (41 miles below Keswick) as prescribed by NMFS and the State Water Board, but the change was allowed to conserve Shasta’s cold-water pool.  Water temperatures at Bend Bridge were above 56°F for most of the April-August period, even exceeding the safe adult salmon holding and spawning level of 59°F from mid-April through early June (Figure 2).  Although temperatures in 2016 exceeded objectives, they showed a marked improvement over summer 2014 (Figure 3), when depletion of the cold-water pool led to poor survival of the 2014 spawn.

Streamflow and water level changes in 2014 led to stranding of salmon redds in 2014 (Figure 4).  Water level dropped 3 feet over the summer in 2014, including nearly 2 feet in August when most of the winter run eggs and embryos were still in the redds.  In contrast, water levels in 2016 changed little until September when levels dropped only 1.5 feet (Figure 5).  Most winter run salmon fry leave the redds by early October. 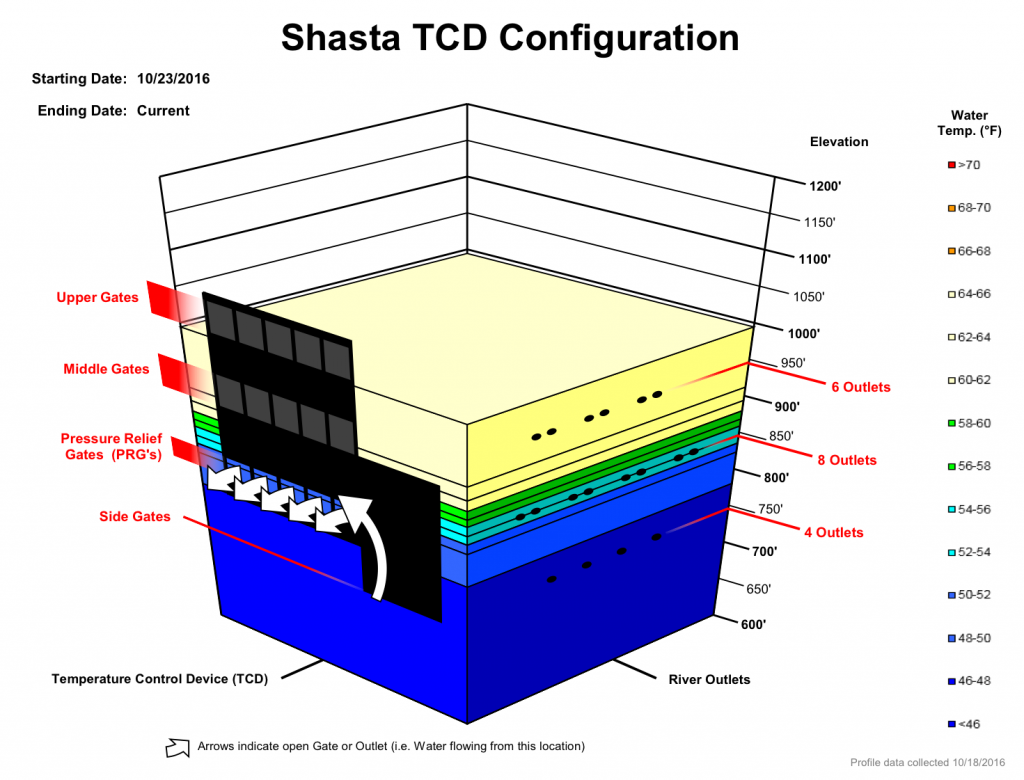 Figure 2. Water temperature at Bend Bridge in 2016. Yellow is safe level for adult holding and spawning. Red is normal target prescribed by NMFS and State Board. Figure 3. Water temperature at Bend Bridge in 2014. Yellow line is safe level for adult holding and spawning. Red is normal target prescribed by NMFS and State Board. 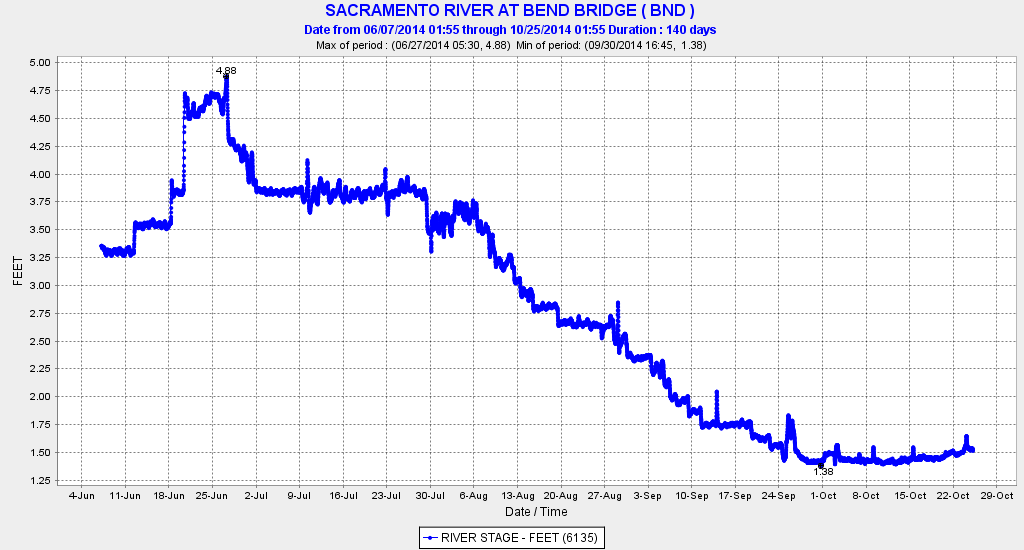 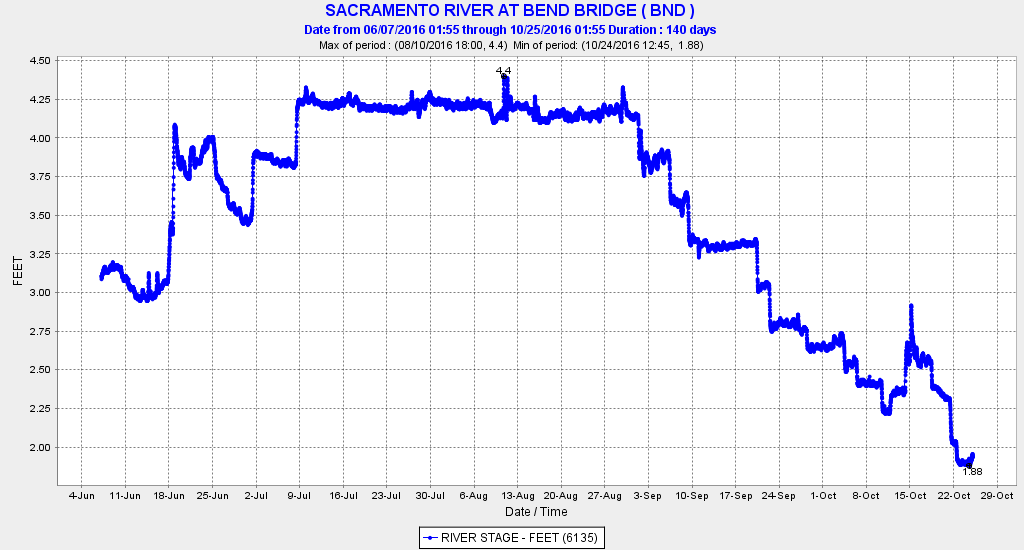