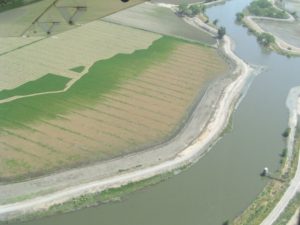 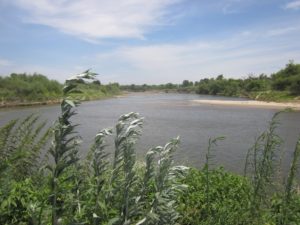 We need your help to ask Governor Newsom to urge the State Water Board to move forward on the update of the Bay-Delta Quality Control Plan.

San Francisco Bay and Delta ecosystems are near collapse.  The Voluntary Agreements process has failed.  We need the State Water Board to quickly resume its approved plan to implement the San Joaquin River objectives and adopt and implement Sacramento River and Delta objectives as soon as possible.

Tell the Governor we can’t wait any longer to take action to protect the San Francisco Bay-Delta.  Take a minute and sign onto the letter several environmental groups will send to Governor Newsom below.

Signing the letter supports CSPA and our decades-long advocacy to increase Delta inflow and outflow and restore Delta fisheries.

The Bay is in the throes of a man-made crisis. Six Bay fish species are now officially listed as endangered and many others are on the brink. If action isn’t taken soon, the Bay risks becoming a dead zone for the fish and wildlife that have lived here for millennia.

The cause of the crisis is clear, and so is the solution. Fresh water that once flowed from rivers in the Sierra Nevada to the Delta and Bay has been diverted at unsustainable levels. Some rivers lose up to 90% of their flow for human use—and about 80% of that goes to industrial agriculture.

But fish need water to survive. And many other creatures need fish to survive. As fisheries crumble, it sets off a domino effect throughout the food web, starving everything from orcas to ospreys.

People are also affected. California’s fleet of small fishing boats, which depends on production of Chinook Salmon in the Bay’s watershed, is flailing, and indigenous people and other subsistence fishing communities are being deprived both of an important food source and their cultural heritage.

For years, you have tried to negotiate a compromise with Big Ag. But the latest draft agreement has died—leaving room for a better approach. It’s crucial that you use this opportunity to protect San Francisco Bay with a plan that’s based on science rather than the demands of powerful water districts.

The good news is that there’s already a plan to stop the looming extinction crisis. The State Water Board’s Bay-Delta Plan would set guidelines to prevent the ecosystem from spiraling into collapse. We are asking you to insist that the Water Board move forward with the Bay-Delta Plan and set freshwater guidelines in our thirsty rivers once and for all.

You have shown great foresight by acting swiftly and decisively in the face of COVID-19. As a result, California has avoided the terrible death toll taking place in other parts of the world and country. Now we need you to apply your leadership to the ecological crisis unfolding in the Bay and Delta. The State Water Board can avert a crisis in San Francisco Bay—in fact, it is legally required to do so. But if you continue to pursue voluntary half-measures, rather than strong protections, soon it will be too late.

This entry was posted in Alerts & Advisories. Bookmark the permalink.