The California Sportfishing Protection Alliance (CSPA) and American Whitewater (AW) submitted comments to the Federal Energy Regulatory Commission (FERC) on January 5, 2021 in support of two “must-have” license conditions for the Upper North Fork Feather Hydroelectric Project (Project 2105).  If these conditions are left out of the project’s new license, summer water temperatures in most of the North Fork Feather River will remain too warm for trout for the next forty to fifty years, while trout in Lake Almanor will have too little oxygen. 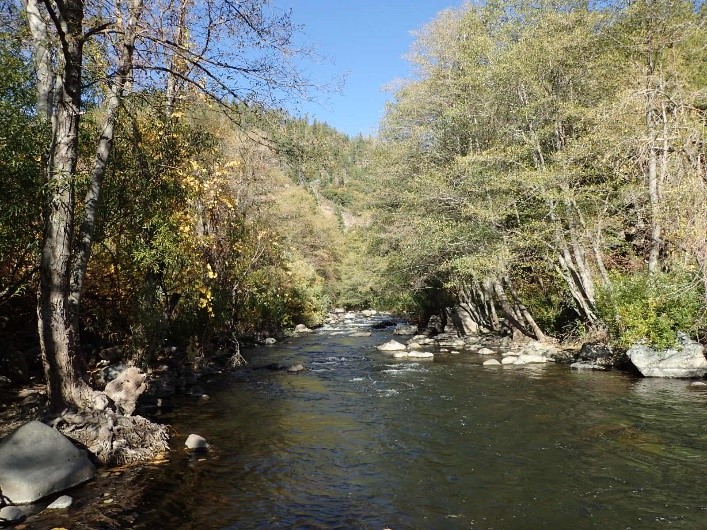 The project is owned by Pacific Gas and Electric Company (PG&E).  Current project operation violates water temperature requirements set forth in the Central Valley Basin Plan.  In addition, the State Water Board has listed the North Fork Feather River as impaired for water temperature under Section 303(d) of the Clean Water Act.  For 15 years, PG&E has opposed new license conditions for Project 2105 that would mitigate the temperature impairment.

FERC relicensing for Project 2105 was completed fifteen years ago, including a partial settlement agreement that left water temperature issues unresolved.  For its part, FERC left water temperature improvements up to the State Water Board and its Section 401 Water Quality Certification for the relicensing.  However, on April 24, 2020, PG&E petitioned FERC to “waive” certification for procedural reasons.  The State Water Board issued its Draft Certification and a Revised Draft Environmental Impact Report on May 15, 2020, but FERC waived 401 Certification on July 16, 2020.

CSPA and AW’s comments highlight the legal and factual reasons why FERC must act to improve water temperatures in the North Fork and coldwater fish habitat in Lake Almanor.  The comments also remind FERC of its responsibilities under the Federal Power Act (FPA) to issue a license consistent with comprehensive plans in the record (primarily the Central Valley Basin Plan), regardless of FERC’s waiver decision.

CSPA & AW write that the new license for the Project 2105 must include:

1)  Supplemental summer releases from Lake Almanor’s Canyon Dam to improve water temperatures and protect cold freshwater beneficial uses in the North Fork Feather River from Belden Forebay downstream through the Rock Creek and Cresta reaches.  The purpose of these flows is to prevent the mean daily water temperature of the North Fork Feather River from exceeding 20°C, to the extent possible.

2) An oxygenation facility near Canyon Dam to mitigate for project effects on dissolved oxygen and coldwater fish habitat in Lake Almanor, Project 2105’s storage reservoir.  The facility would release oxygen from the bottom of Lake Almanor so that much more of the existing cold water in the lake could support trout.  Under current conditions in summer, most of the cold water in Lake Almanor doesn’t have enough oxygen for fish.  The letter recommends paying for the facility using an existing fund set aside for coldwater habitat in the watershed. 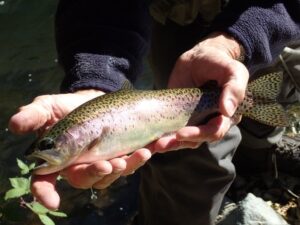 CSPA and AW’s comments continue twenty years of advocacy that PG&E’s operation of Project 2105 can and must support great trout fisheries in both Lake Almanor and the North Fork Feather River.