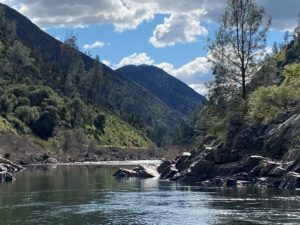 In March, Merced Irrigation District (Merced ID) filed a petition with the CA State Water Board (Board) for a temporary change to transfer up to 45,000 acre-feet of water to out-of-district water agencies[1].  Merced ID plans to sell its water even though the San Joaquin Index shows us in a Critically Dry Year for 2020.  CSPA filed protest comments with the Board against approval of the sale.  CSPA argues that this water sale will not best serve the public interest, is contrary to law and will have adverse environmental impacts. Merced Irrigation District seeks to sell water in the Critically Dry 2020 water year to make up for budget shortfalls.  As revenues from the sales of electricity continue to fall, revenues from irrigation water sales are inadequate to cover costs, including an ever-increasing pension liability.

The Board of Directors of the Merced Irrigation District was well aware of the likelihood of very low inflows to its reservoirs, as documented in Board Meeting Minutes from several meetings in early 2020.   In addition, Merced ID’s approved fiscal 2021 budget states that Lake McClure is anticipated to be at minimum pool level at the conclusion of the 2020 irrigation season.

By petitioning for a water transfer to out-of-district buyers, Merced ID is gambling that next year’s precipitation will backfill storage in Lake McClure. The proposed transfer will deplete carryover storage to the greatest allowed degree.  We already have seen what happens to Merced ID in this circumstance.

In 2012-2014, Merced gambled that precipitation in a following year would backstop depletion of its stored water.  Following decisions on how much water to deplete from storage in 2012 and 2013, Merced ID was left with almost no water to deliver in 2014; Merced ID applied for a variance to its instream flow requirements and carryover storage minimum in Lake McClure, and had to rescue the remaining O. mykiss (rainbow trout/steelhead) in the lower Merced River as water temperatures reached lethal conditions there.

If water year 2021 is a Dry or Critically year, Merced ID will likely not have sufficient water to meet its instream flow needs or to maintain water temperatures in Lake McClure sufficient to keep fish in the lower Merced River in good condition downstream of Crocker-Huffman Dam. We’ll likely see another emergency fish rescue then.

Merced ID has got to stop relying on out of district water sales to balance its finances.  The reliance on regulatory variances and waivers during dry year sequences as an accepted business practice is contrary to the public interest and is detrimental to the environment.

This entry was posted in Water Quality. Bookmark the permalink.