Third: The 2017 index, though higher than the dry years that immediately preceded 2017 and indicative of some recovery, remained below the recent wet years (06, 11) and continued a long-term trend of progressively lower indices (Figures 5 and 6). 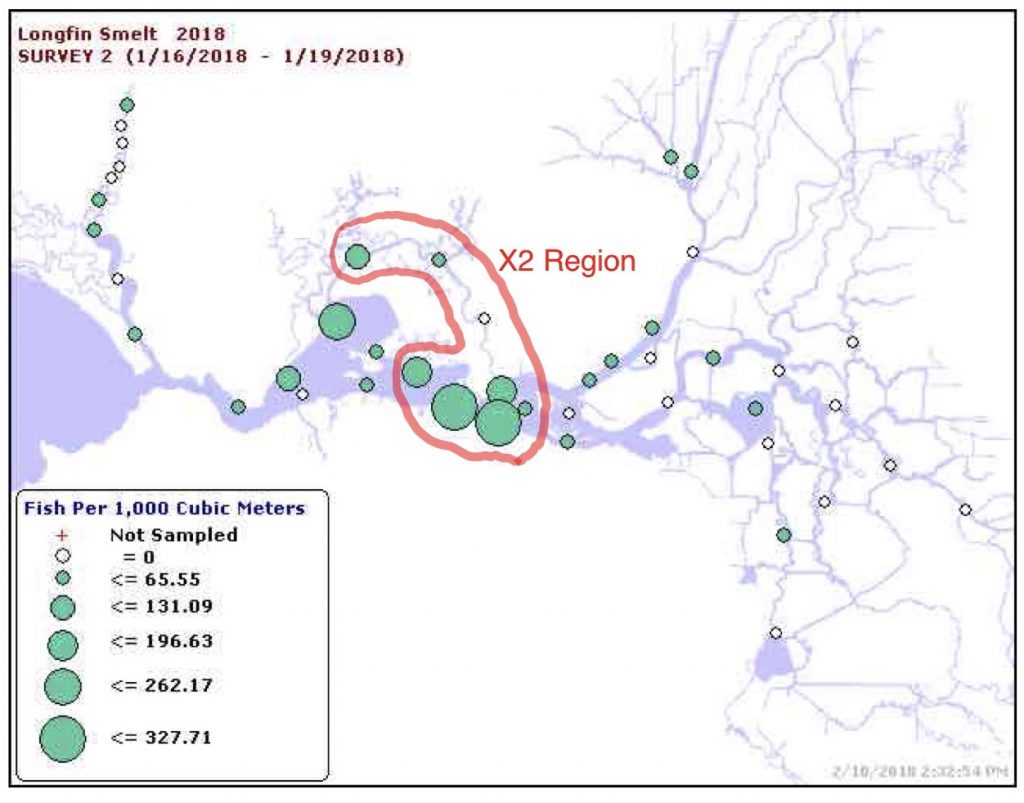 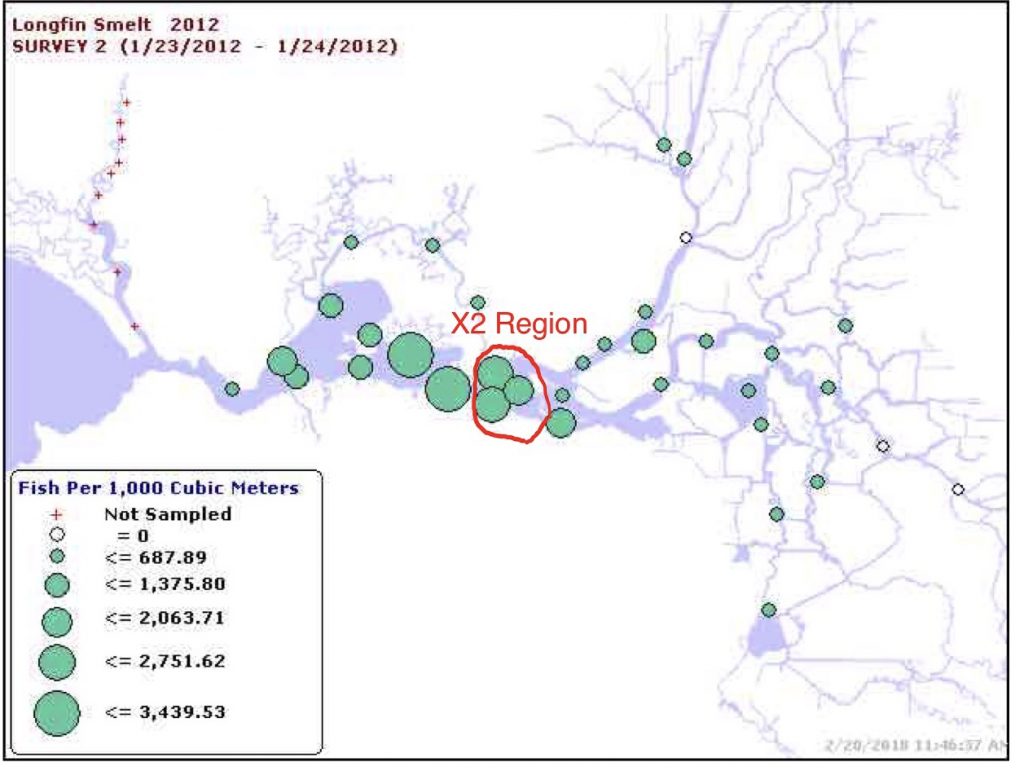 State and federal agencies have begun stocking over a million steelhead smolts from Central Valley hatcheries into the Sacramento River and its tributaries.1 Fishing reports in the SacBee and other sources note that the annual stocking provokes a strong striper bite in the river, one of the more popular fisheries in the Central Valley.  The yearling smolts are the perfect food for stripers.

Shasta, Oroville, and Folsom reservoir releases are each at about 3000 cfs, low for mid-winter.  As a result, along with the record warm weather, river and Delta water temperatures (Figures 1-4) have been in the preferred range for striped bass feeding (55-65°F).

The federal Coleman hatchery near Redding released its steelhead smolts in January during high flows, before the warm weather arrived and stripers began feeding in earnest.  But at Thermalito Afterbay on the Feather River, the state is stocking a quarter of a million steelhead and feeding bass. And the feds are will be stocking a half-million endangered winter-run salmon hatchery smolts near Redding in February and March.

The striped bass will soon decimate the Feather River steelhead and will be well positioned for the annual April hatchery salmon smolt stocking season in April.  In the meantime, the stripers attracted by massive chumming will be knocking off the wild juvenile salmon and steelhead heading for the ocean.

Why do hatcheries continue to waste so many of the over 20 million salmonid smolts raised each year to mitigate for all the dams on Central Valley rivers?  Smolts cost more than $1 each to raise.

If releases of hatchery smolts into the rivers are to continue, water managers need to at least provide pulsed flows from Shasta Reservoir to help the fish succeed in reaching the Bay and ocean.  Shasta storage is 106% of average.  A 5% allocation to pulsed flows would amount to approximately 140,000 acre-feet, enough for seven days of an 10,000 cfs extra flow to the Sacramento River.  Pulsed flows would also reduce water temperatures.  Hatchery managers should also not  release smolts into the rivers during warm spells that stimulate striper feeding.

State hatcheries plan some trucking of salmon smolts to the Bay-Delta this year, as they have done in past years.  Trucked fish should also be barged or at least taken to the Golden Gate, not just to Rio Vista.

In addition to barging and trucking, and pulsed flows, hatchery managers need to accelerate a pilot program to stock hatchery salmon fry into lower river and Delta floodplain habitats for rearing closer to the Bay.  In these habitats, fry would grow faster than their hatchery counterparts and get to the ocean quicker.

Anglers should take advantage of the great striper fishery.  But let‘s at minimum give the salmonid smolts some chance of reaching the ocean, so we can also once again have great salmon and steelhead fisheries. 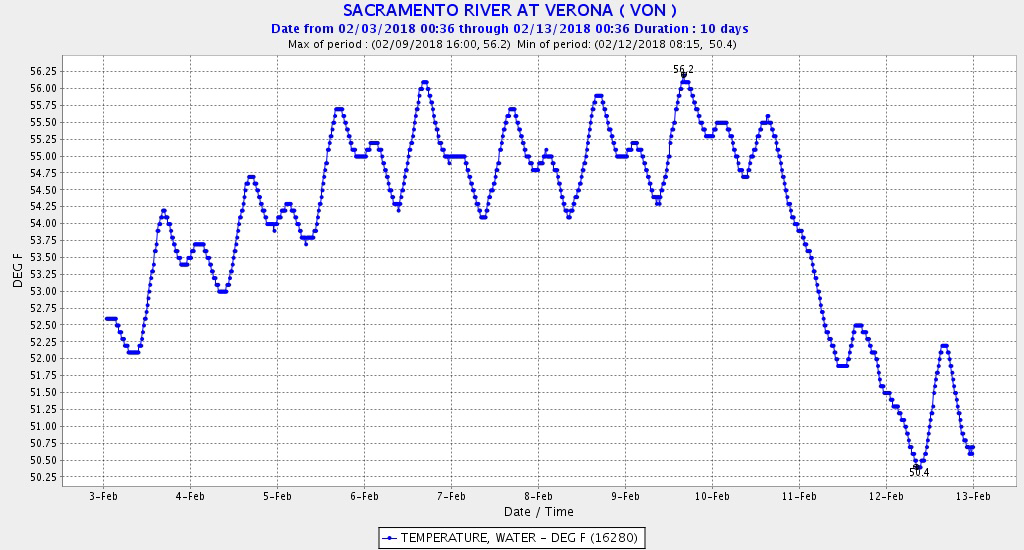 Figure 1.  Water temperature in early February 2018 in the Sacramento River at the mouth of the Feather River 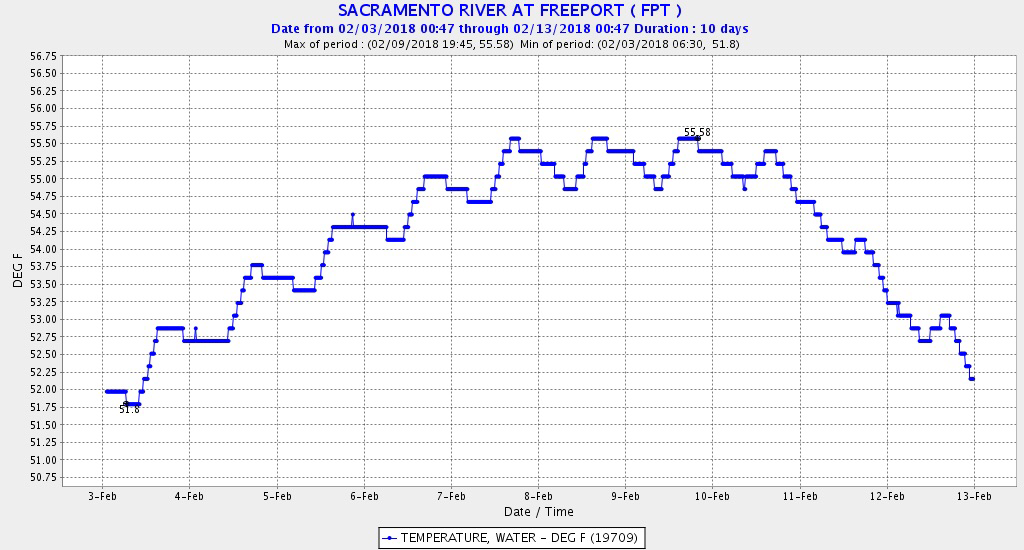 Figure 2.  Water temperature in early February 2018 in the Sacramento River below the mouth of the American River near Sacramento. Figure 3.  Water temperature in the lower Sacramento River upstream of the mouth of the Feather River at Wilkins Slough 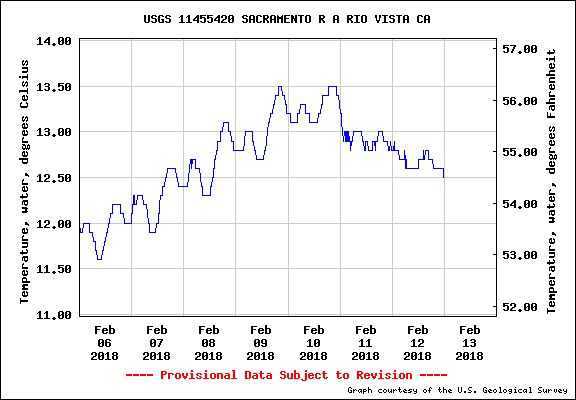 Figure 4.  Water temperature in the lower Sacramento River in the Delta near Rio Vista.

Research has often shown that hatchery salmon perform less well than their wild counterparts.  The reason for this has often been attributed to genetic factors such as parent selection or to the lack of opportunity for Mother Nature to cull misfits.

Recent research indicates that poor performance of hatchery fish may stem more from the their environmental experiences than from their genetics.  Some older theories that suggested that hatchery fish were just raised dumb now have gained a new following.  New research from Canada suggests that atypical food and feeding combined with overcrowding in hatcheries weakens inherent genetic abilities to cope with the natural environment.

In California’s Central Valley, we have added the burden of releasing hatchery smolts late in the natural emigration season outside of peak flow periods, into warmer waters that are full of other fish that want to eat them.  When the salmon from the hatcheries get hungry,  there is no flood of fresh food pellets.  Their new environment results in starvation, thermal stress, and much higher vulnerability to predation.  Still, hatchery fish make up 70-90% of California’s salmon runs, because Valley habitats no longer support historic levels of wild salmon production.

In recent posts, I have advocated raising hatchery fry in Valley floodplain habitats.  UC Davis studies have shown high rates of growth of hatchery fry raised in flooded rice fields during the winter.  New planning efforts call for more flooded Valley habitats, including rice fields, but these efforts focus primarily on wild juvenile salmon.  There has been no testing to date of the performance of hatchery fry that rear under controlled floodplain conditions.  In light of the recent Canadian research, the ability of floodplain-reared hatchery fish to survive, and the degree to which they stray, warrant evaluation.