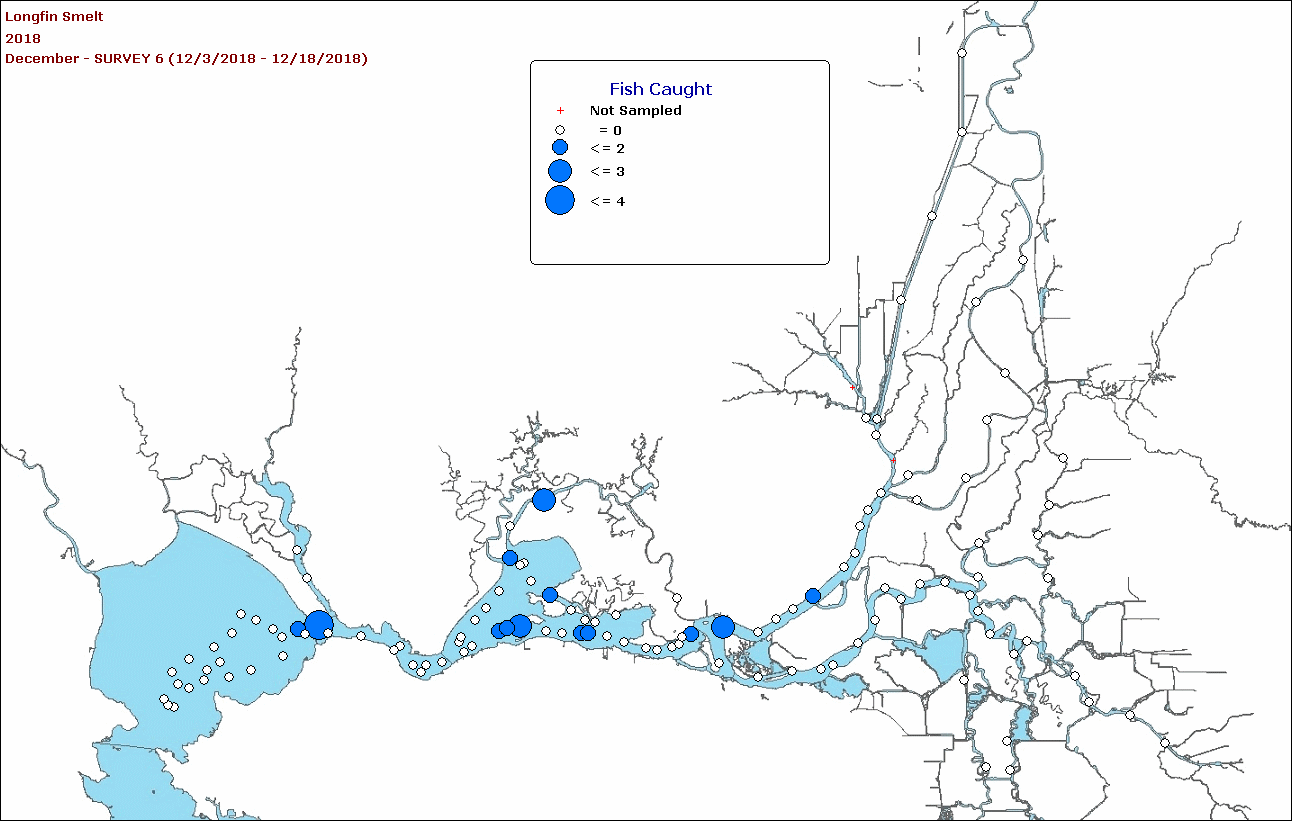 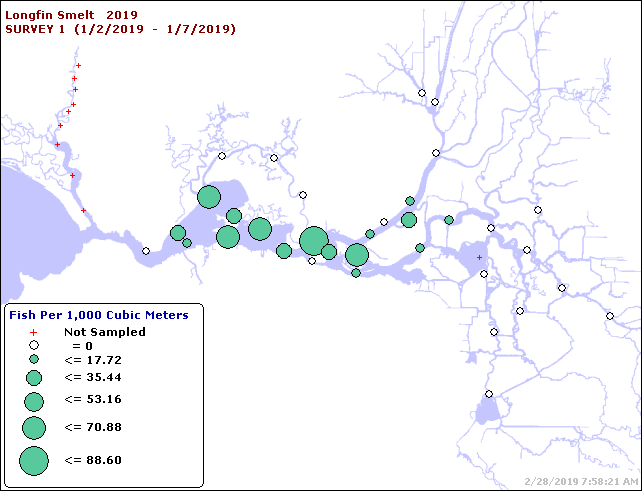 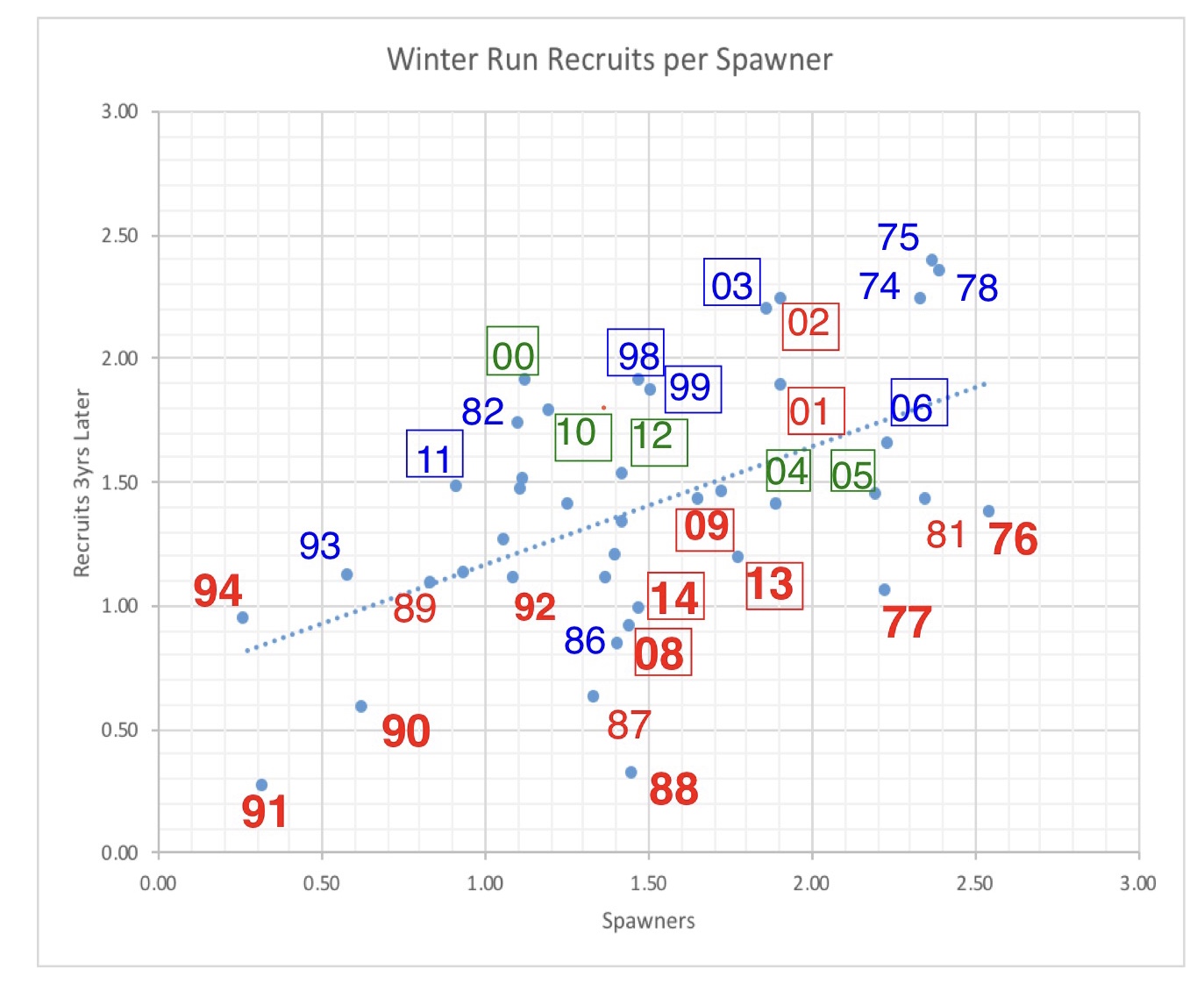 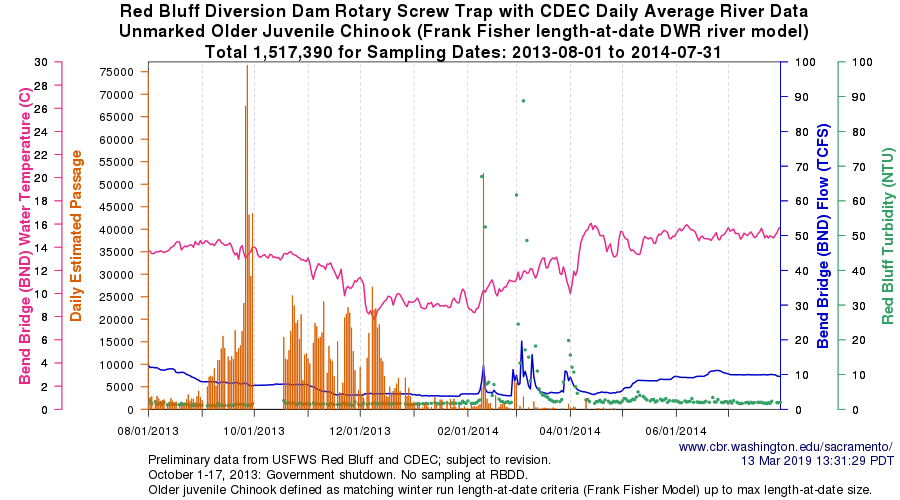 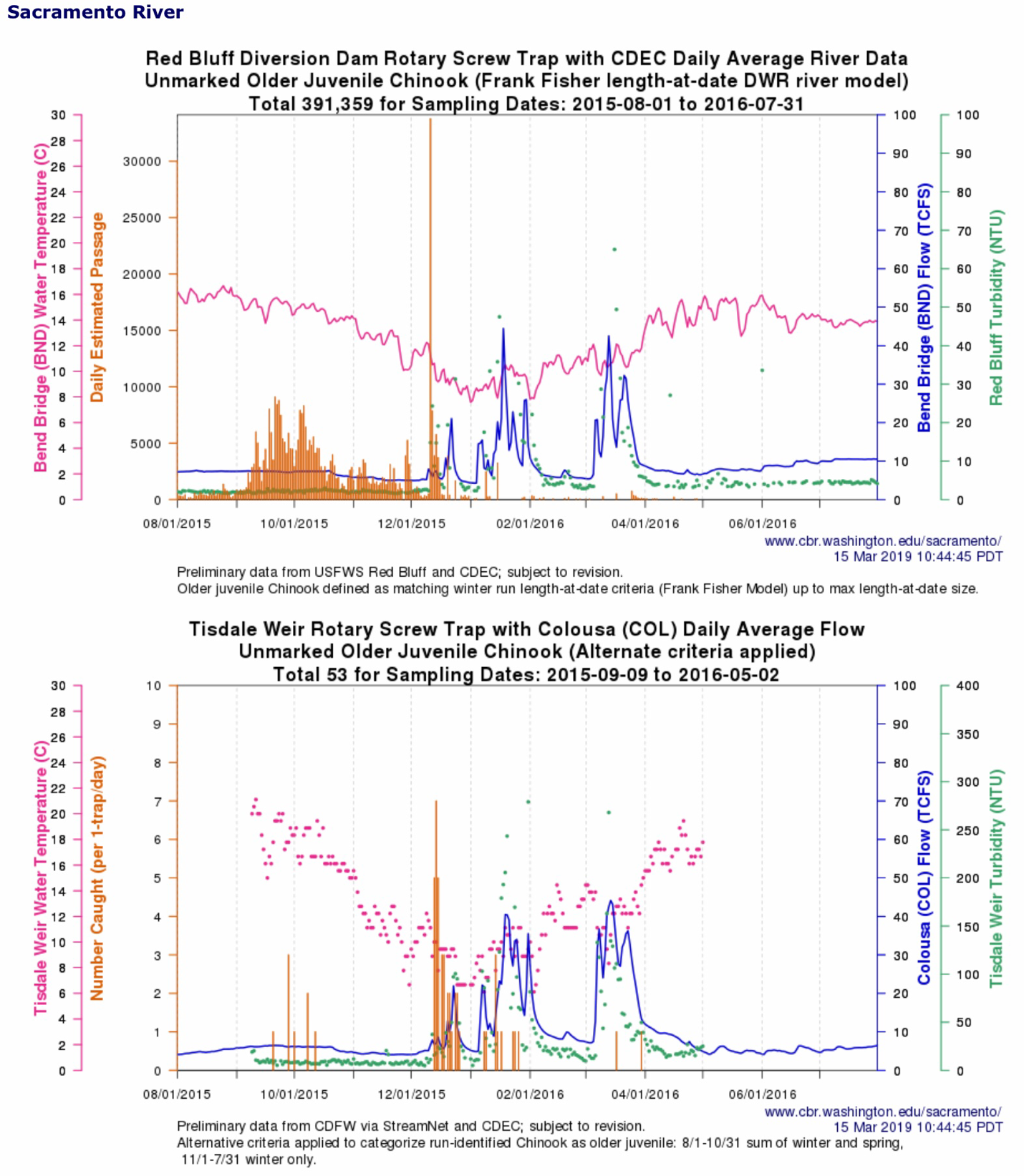 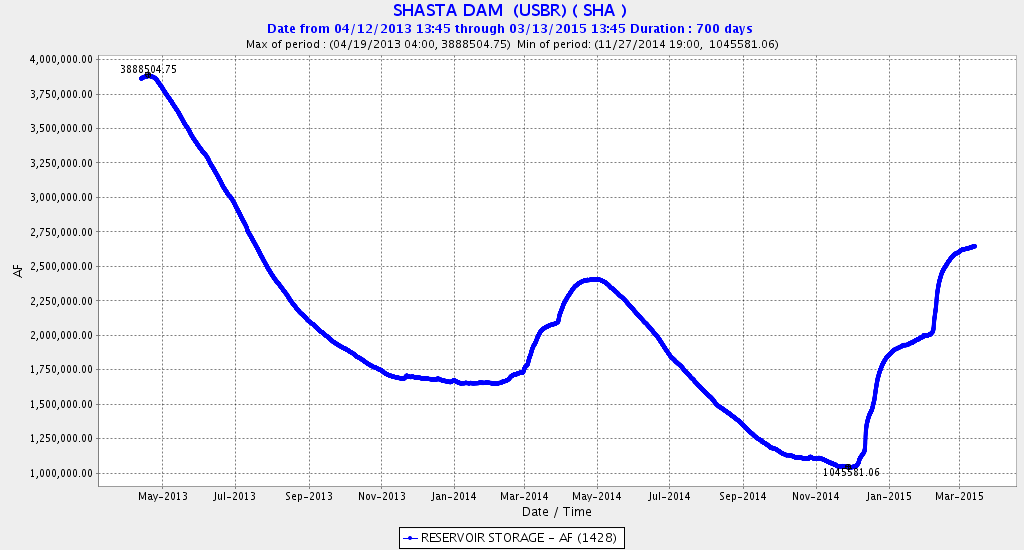 In my last update on the status of longfin smelt (February 2018), I decried the continuing decline of the Bay-Delta population of longfin, which are listed under the California Endangered Species Act.  The fall index for 2018 indicates continued low population levels (Figures 1 and 2), with 10 to 100 times higher production in wetter years than dry years.  After the very poor recruitment in 2015 and 2016, there was some recovery in wetter years 2017 and 2018.  Despite record low spawner numbers in 2015 and 2016, recruits increased with wetter years 2017 and 2018, which in turn could lead to improvement in 2019 and beyond with indices above 100 (log 2.0 in figure 2) or perhaps even near 1000 (log 3.0 in figure 2).  If drought returns, bets are off.