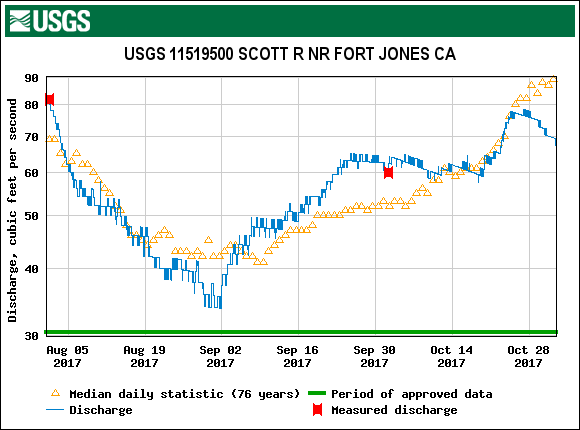 A summer pulse flow through the Yolo Bypass via the Colusa Basin Drain (Figure 1) was implemented in September per the Delta Smelt Resilience Strategy’s North Delta Food Web Action (Figure 2). I reviewed the initial application of the action in July 2016, concluding then there was no evidence that the action would meet its overall goals, but that the approach had potential.

The basic concept is this:

– By routing agricultural drain water through Yolo Bypass instead of the Sacramento River, DWR scientists predicted that a flush of plankton-rich water would provide a “seed” for the downstream Delta, enhancing food resources for Smelt. (Note: Historically, summer drain water from Colusa Basin rice fields was discharged into the Sacramento River at Knights Landing.)

– A similar managed flow pulse was generated in July 2016 with the help of Sacramento Valley water users, which helped transport plankton to the Delta. (Note: additional Sacramento River water was diverted near Red Bluff to the Colusa Basin Drain to supplement rice field drainage. There was no evidence that plankton blooms in the Yolo Bypass reach the Delta in meaningful amounts.)

– The action is designed to maximize the environmental benefits of water. Water isn’t “consumed” by the action–it is directed down a different and more productive path to the Delta. (Note: The basic concept is simple. The nutrient-laden drain water stimulates Yolo Bypass productivity, and the added river water flushes it through to the north Delta. Taking some of the Sacramento River at Red Bluff and routing it through the Colusa Basin irrigation and drainage system, then on to the Yolo Bypass tidal channels, should stimulate biological productivity and flush it, along with excess nutrients and organic debris from rice fields into the Delta at the end of the Bypass (Cache Slough – Rio Vista area). The Delta (and smelt) would benefit from the added biological productivity (phyto-zoo plankton) and nutrients (nitrogen, phosphorous, and organic carbon).

Does the concept work, and does it come without complications?

On a positive note, routing drain water to the Bypass does keep the poor quality drain water out of the Sacramento River below Knights Landing.

In sum, the benefits of the action remain questionable. Waiting to conduct the action until fall when waters are cooler could alleviate high water temperatures and low dissolved oxygen in the water. It might also create more Delta benefits by delaying nutrient use until nutrients reach the Delta. Further research is warranted into the water quality of the drain water, especially its oxygen-depriving, high-organic load and its chemical constituents (salts, herbicides, and pesticides). Otherwise, it may be that the action is little more than an augmentation of the current practice of dumping what might be described as polluted agricultural drain water into Central Valley rivers and the Delta. Figure 1. Stream flow (cfs) in Yolo Bypass below Colusa Basin Drain outlet. The pulse flow reached the Yolo Bypass on or about August 28 and ended on September 25. Figure 3. Chlorophyll concentration in lower Yolo Bypass at Lisbon in late summer 2018. There was a 50% increase in late September to about 8 micrograms per liter, although below the target of 10 or higher. Figure 4. Chlorophyll concentration in north Delta at Rio Vista in late summer 2018. There was a slight decline after September 1 to about 1.25 micrograms per liter, well below the target of 10 or higher. 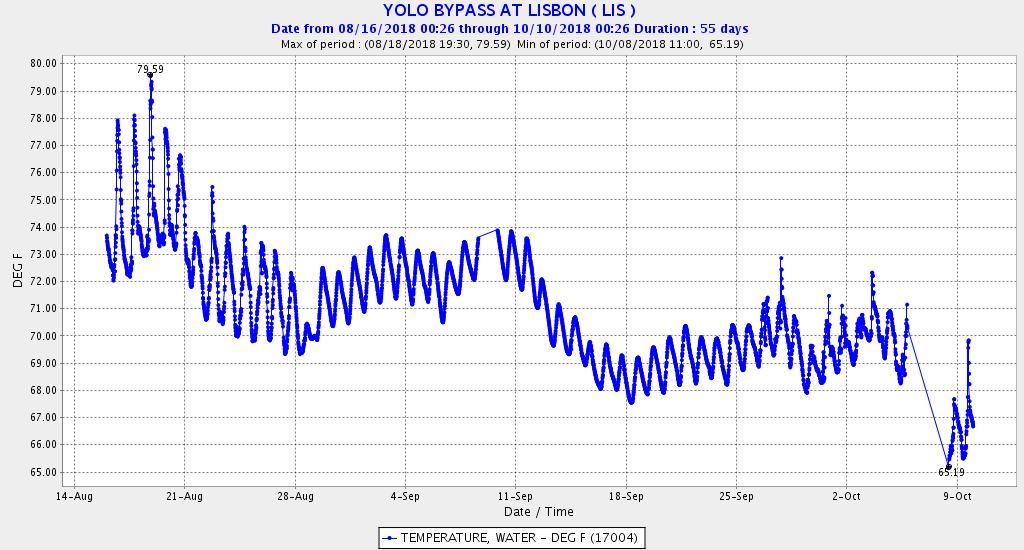 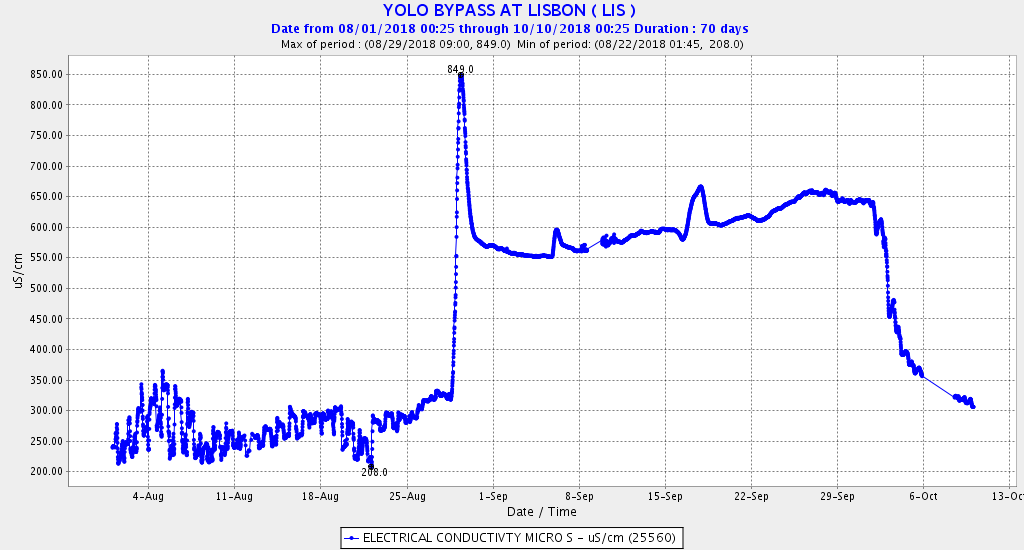 Figure 8. Dissolved oxygen (mg/l) in lower Yolo Bypass at Lisbon in late summer 2018. The drop in DO at the end of August reflects the high organic load of the drain water.

The Bureau of Reclamation has issued final environmental documents for the Sacramento Deep Water Ship Channel Nutrient Enrichment Project. The project’s purpose is to determine if the addition of nitrogen can stimulate (fish food organisms) production in a section of the ship channel, which is isolated from the Delta in terms of water flow.

The project is an initial step in a broader effort to determine if, through the repair of the West Sacramento lock system, Sacramento River flows could be used to move fish food organisms through the Sacramento Deep Water Ship Channel to the Delta. This step seeks to benefit delta smelt and the Bay-Delta System.

The press release acknowledges that repair of the ship channel gates would allow seasonal pulses of high plankton productivity to be flushed into the north Delta. Effective operation of these gates (selective opening and closing) would move existing blooms in the upper Ship Channel down into the Delta, likely eliminating the need for the addition of nitrogen. It would also reduce the temperature of the water in the Ship Channel. For more on these issues, see a previous post. 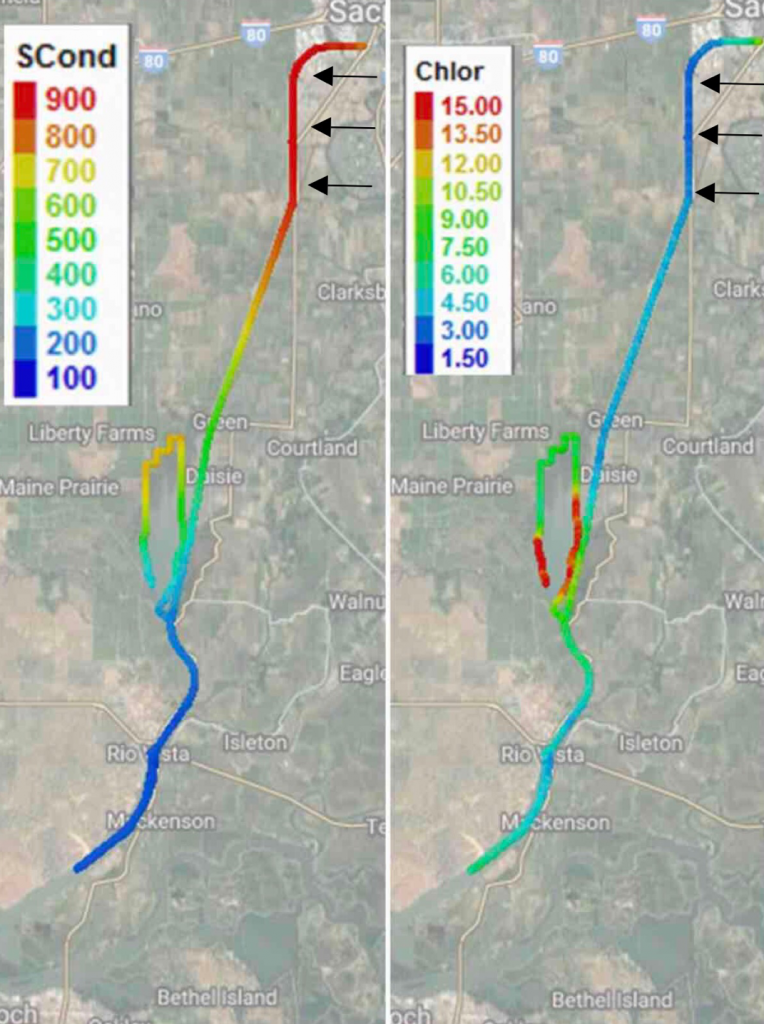 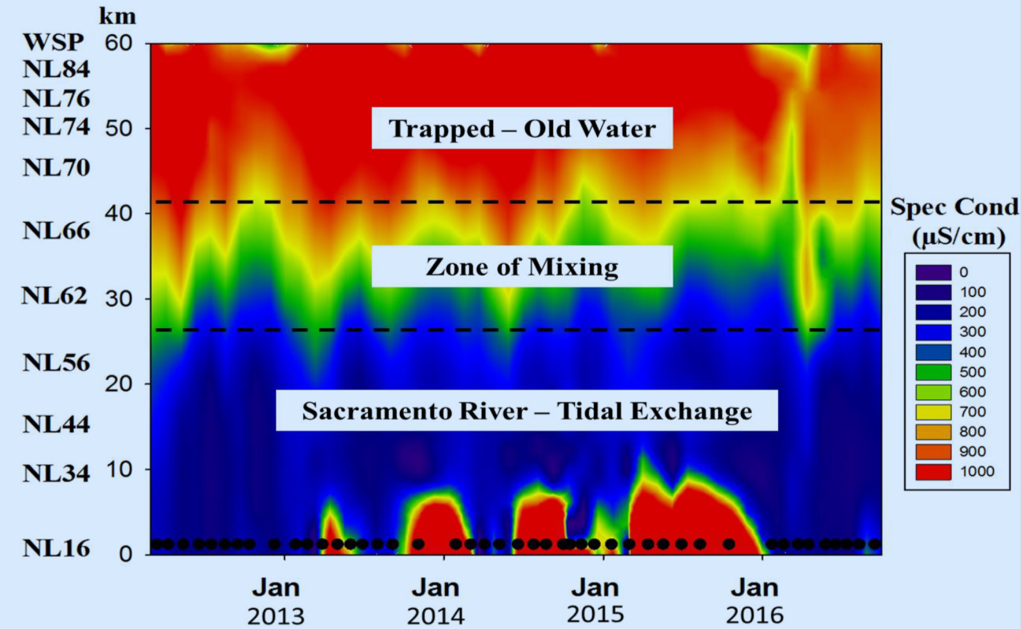 California’s salmon hatchery programs badly need major projects and upgrades.  The future of wild and hatchery salmon runs, as well as commercial and sport fisheries in California, depends on these programs.  However, hatchery programs are operated and funded under antiquated water project mitigation programs that lack a progressive approach (and funding) for hatcheries in salmon ecosystems in California.  And neither the Sacramento Valley Salmon Recovery Program (SVSRP) nor Proposition 3 includes investments in hatcheries.

NMFS’s Salmon Recovery Plan, in addition to supporting the recommendations of the HSRG, also promotes the following action:  “Develop and implement an ecosystem based management approach that integrates harvest, hatchery, habitat, and water management, in consideration of ocean conditions and climate change (Lindley et al. 2009).”

Because scientific studies have shown that hatcheries reduce the long-term fitness and survival of salmon species, and California’s listed salmon and steelhead cannot be sustained without hatcheries, it is imperative that hatchery programs be upgraded to safeguard the future of salmon in California.  One way to accomplish this goal and the others described above is to adopt the goals and objectives of a Conservation Hatchery Strategy.

First, there needs to be a shift away from hatcheries as mitigation for long-ago-built dams and water diversions, and a shift toward hatcheries contributing directly to salmon recovery and conservation.  Dumping tens of million salmon and steelhead hatchery smolts at the eight hatcheries or trucking some to the Bay may sustain a minimal coastal fishery, but it will not bring recovery or delisting of endangered populations.  Conservation hatcheries are a necessary tool for salmon recovery. 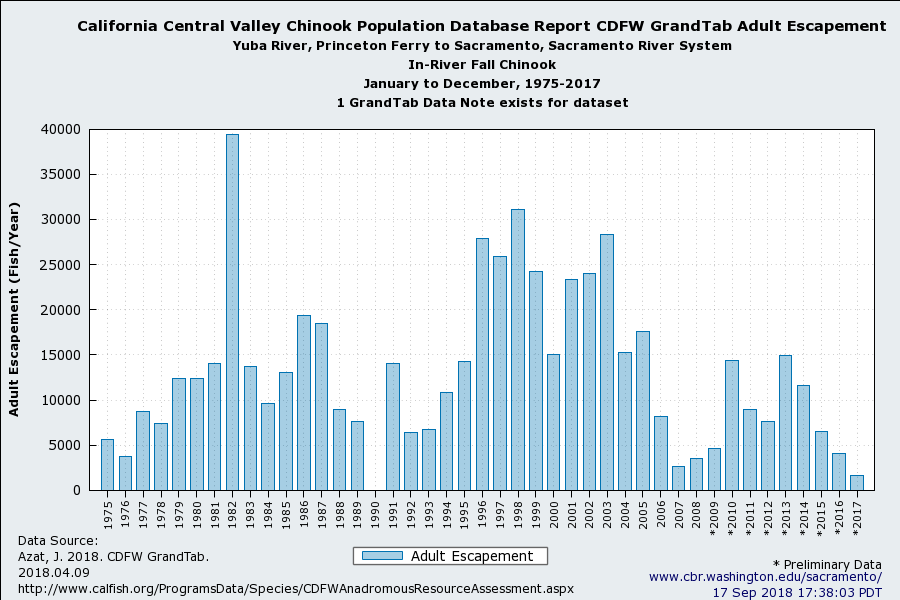 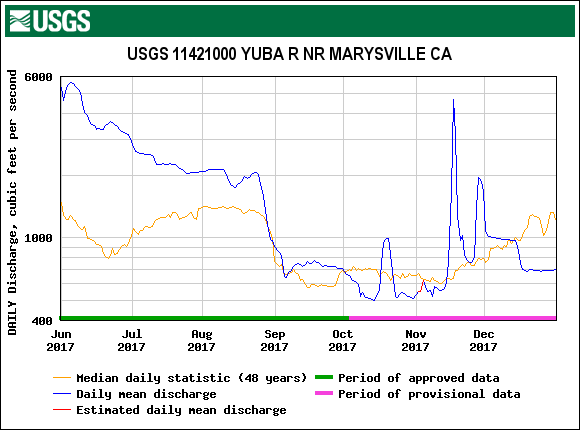