I last reported the status of striped bass in 2016.  The prognosis was not good after four years of drought (2012-2015).  Today, after a sequence of water years (2016-2019) that were below normal, wet, below normal and wet, the prognosis has not improved, notwithstanding the remarkable resilience of striped bass.

Early indicators for wet year 2019 give me pause and further concern for striped bass recruitment this fall.  First, numbers and densities in the 2019 late spring 20-mm survey were way down as compared to 2017.  Second, despite high south Delta exports in July 2019, juvenile striped bass salvage is also lower compared to July 2017 (Figure 4), consistent with the lower 20-mm survey results.  The summer and fall indices for 2019 will help complete the story. 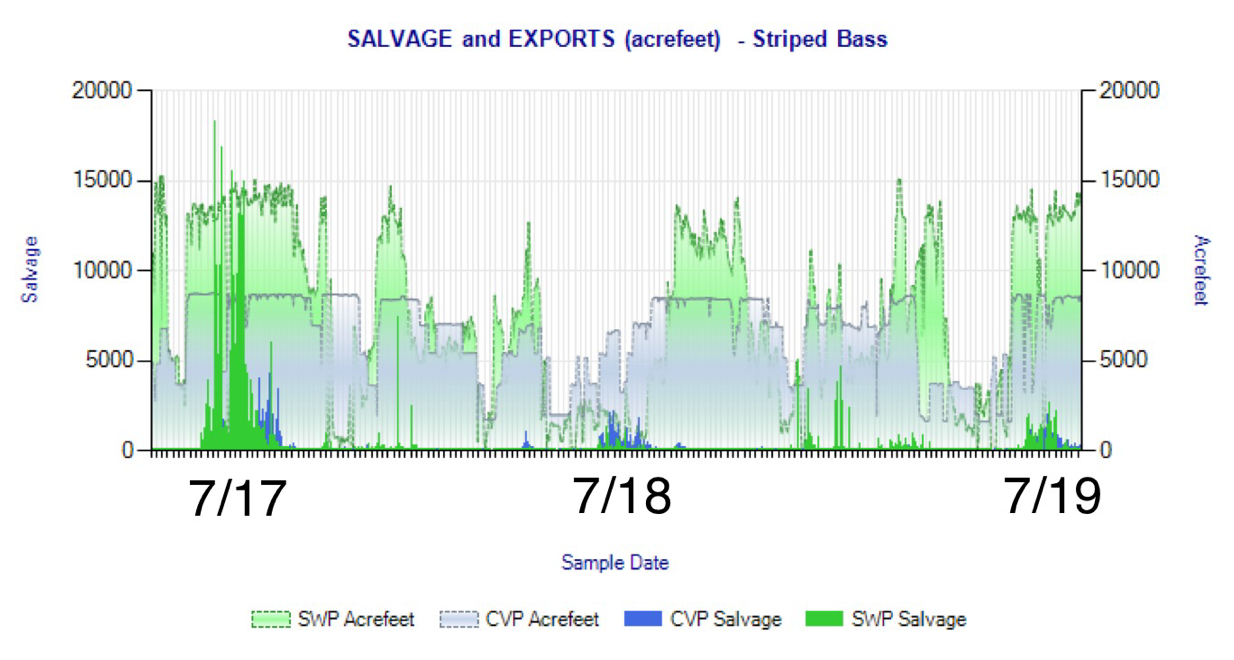 The State of California has markedly increased inflows to the Delta and reduced exports in early August 2019 (Figure 1). There is no announced reason for this major hydrologic adjustment that has had a major effect on Bay-Delta habitat. The likely reason was to maintain the 14-day average salinity standard of 450 EC at Jersey Point,1 which was exceeded on a daily basis beginning on August 10 (Figure 2).

“Adjustments” to Delta inflow and exports began at the end of July as daily Jersey Point salinity began to exceed the 450 EC standard. The federal Central Valley Project made little or no contribution to this correction.

These recent changes are a textbook example of why the 14-day salinity standard needs to change to a daily standard. State water managers gamed easily controlled parameters, using the 14-day average to squeeze out more exports through July. This operation caused a major system reaction with far-reaching consequences to the State Water Project system and to the Bay and Delta.

The state could have maintained a daily 450 EC limit with gradual small system adjustments and support from the CVP.

Further discussion of the effects follows below. 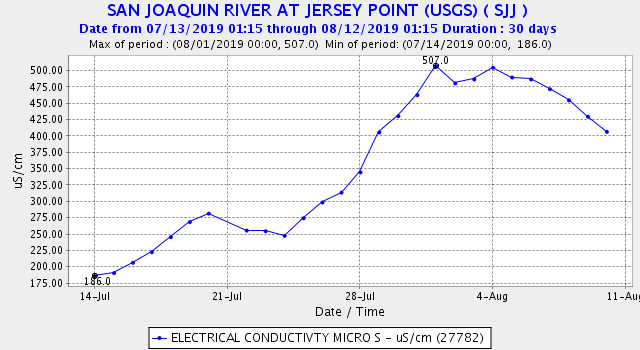 Delta Inflow
Sacramento River inflow to the Delta at Freeport increased about 3000 cfs to just over 20,000 cfs (Figure 3).  The extra flow came from the Feather River (Oroville Reservoir of the SWP).  The higher inflow coincided with a drop in water temperature at Freeport from 23oC to 21oC. 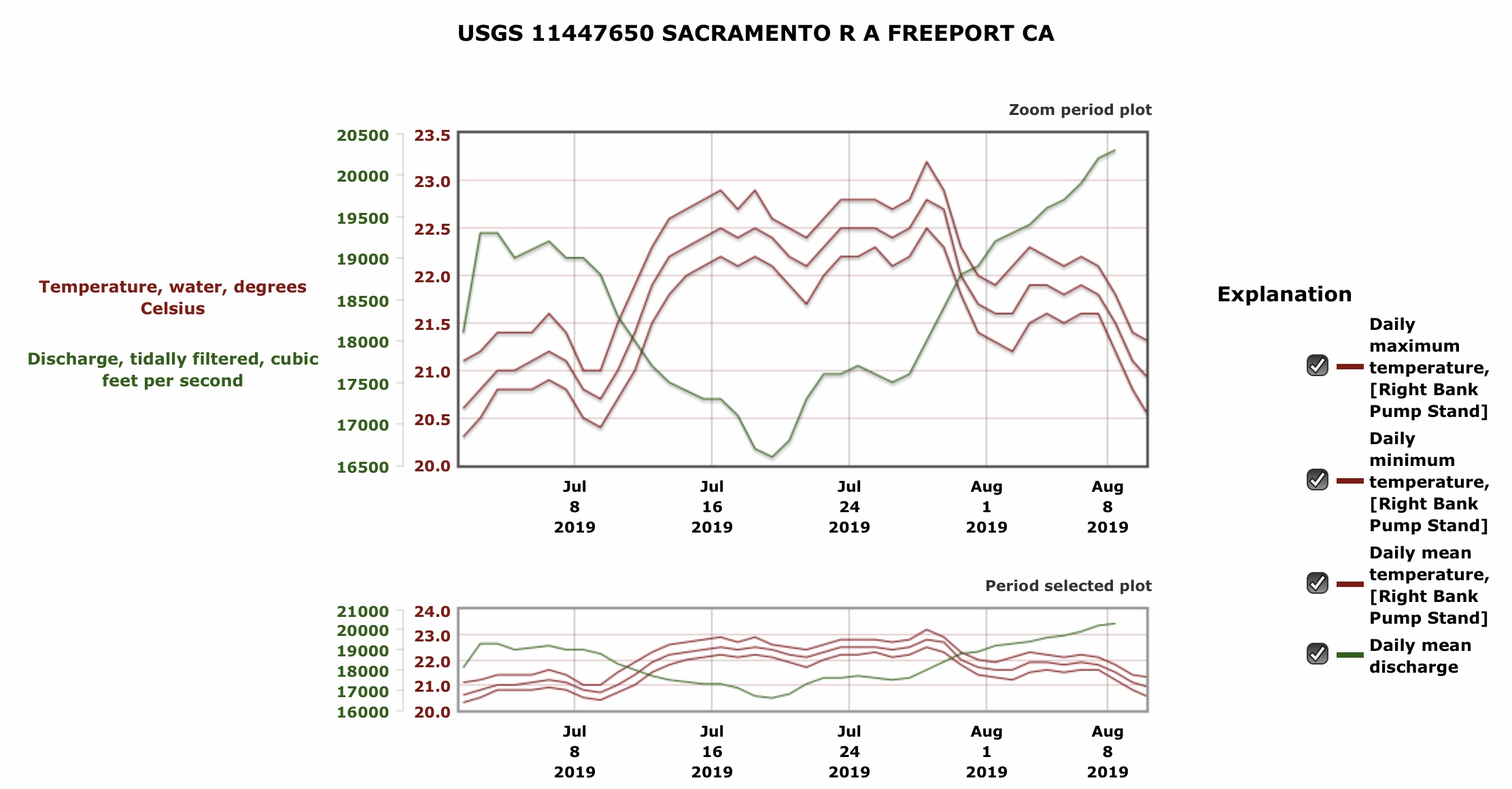