The Franks Tract Futures Project is asking for additional comments on the State’s revised concept design.1 The project is an outgrowth of the State’s 2016 Delta Smelt Resilience Strategy, which recognized that Franks Tract is a death trap for state and federally listed Delta smelt.

The original design for the project included tide gates to keep salt and smelt from moving upstream from the western Delta into Franks Tract via the False River channel. Once in Franks Tract, the smelt would most assuredly not survive. A new design “transforms the project from an early focus on establishing habitat for the endangered Delta smelt to a project that has sought input from a broad range of stakeholders.” According to the project leader, Brett Milligan from University of California:

Balancing the project’s goals has been a challenge. The first round of this project, the feasibility study, met the water quality and ecology requirements but did not meet the recreational and local economy (requirements). We heard you loud and clear. More or less, this entire last year has been to try to bring in that third tier and to balance these and see if there’s a way that the project can meet all of these criteria and be beneficial to all. The original project design failed to earn public support after it was presented in January 2018. At a crossroads, the project managers made a critical decision. They scrapped the proposal and formed an advisory committee of stakeholders with varied interests in Franks Tract rather than try to force the initiative through the process, while fighting the public every step of the way.

The new design drops the barrier/gate option as “a non-starter,” Brett explained to me. But that was the essential element of the project – stopping salt (and smelt) intrusion into the interior Delta due to the pull of the south Delta export pumps. A temporary barrier has been installed in False River in drought years to protect Delta water supplies.

The conflict is over recreational access to Franks Tract from the west via False River. A similar barrier on Montezuma Slough further west in Suisun Marsh resolved a similar conflict with a boat passage lock that maintains boating access when the barrier is in use.

At this phase of design and permitting, it would seem wise to evaluate an alternative with the barrier that includes a similar boat passage facility, so that the affected public can understand the tradeoffs. That is the purpose of the environmental review process.

No, the fish below is not a Central Valley salmon or trout. It is a Yellowstone Cutthroat Trout from the Yellowstone River in Yellowstone National Park. This iconic species is beginning to recover from competition and predation by non-native brook, brown, rainbow, and lake trout. Yellowstone Park over the past decade has carried out an intensive eradication program of the non-native salmonids to save the iconic native cutthroat. A similar program has been underway to save the Snake River Cutthroat on the South Fork of the Snake River from Grand Teton Park in Wyoming downstream into Idaho. The eradication programs include rotenone poisoning of tributaries, gill-netting (lake trout in Yellowstone Lake), and regulations requiring angler removal (rainbow trout). 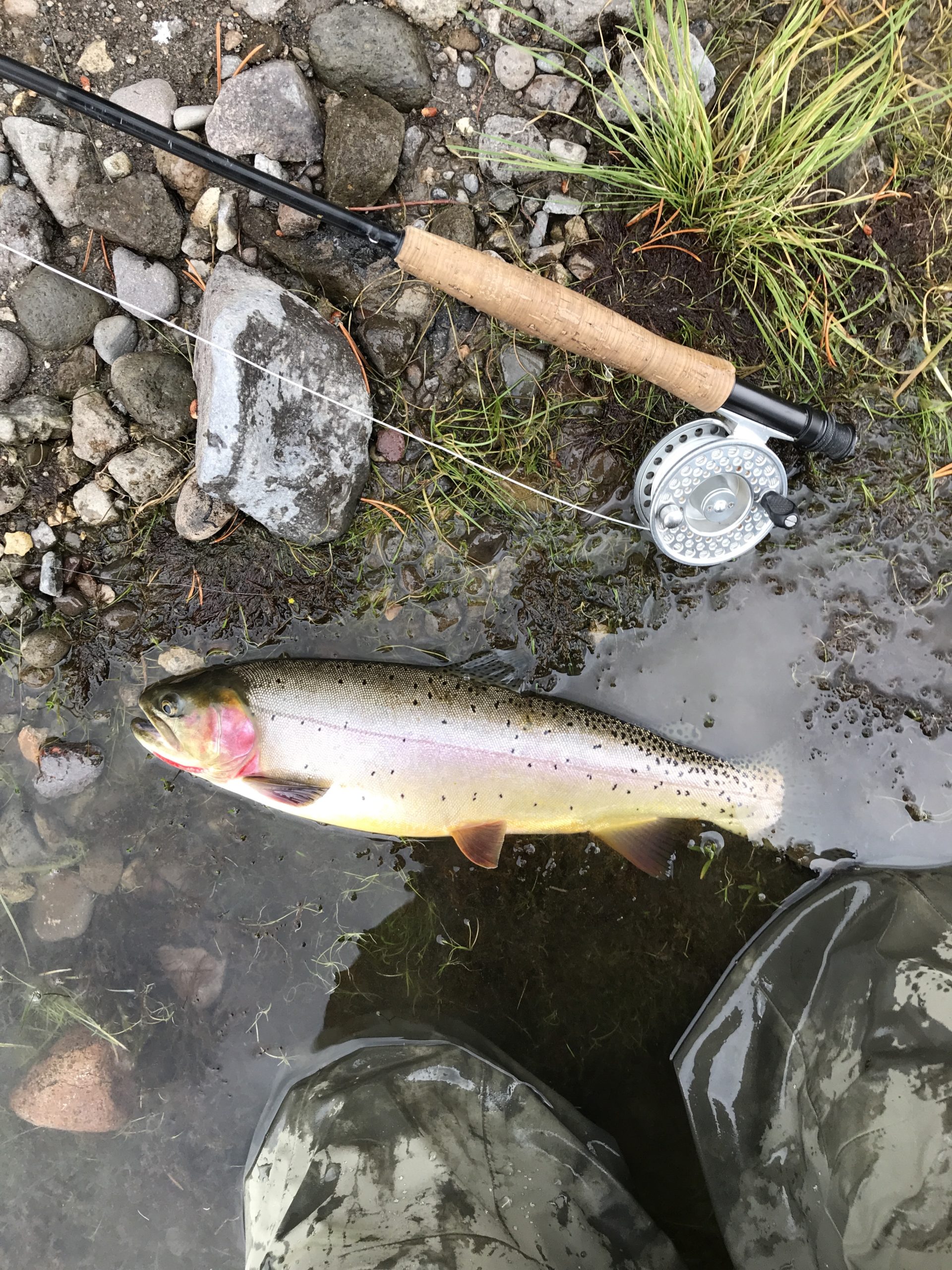 California has excellent programs to protect some of its iconic trout and salmon through strict regulations and habitat protection and enhancement. 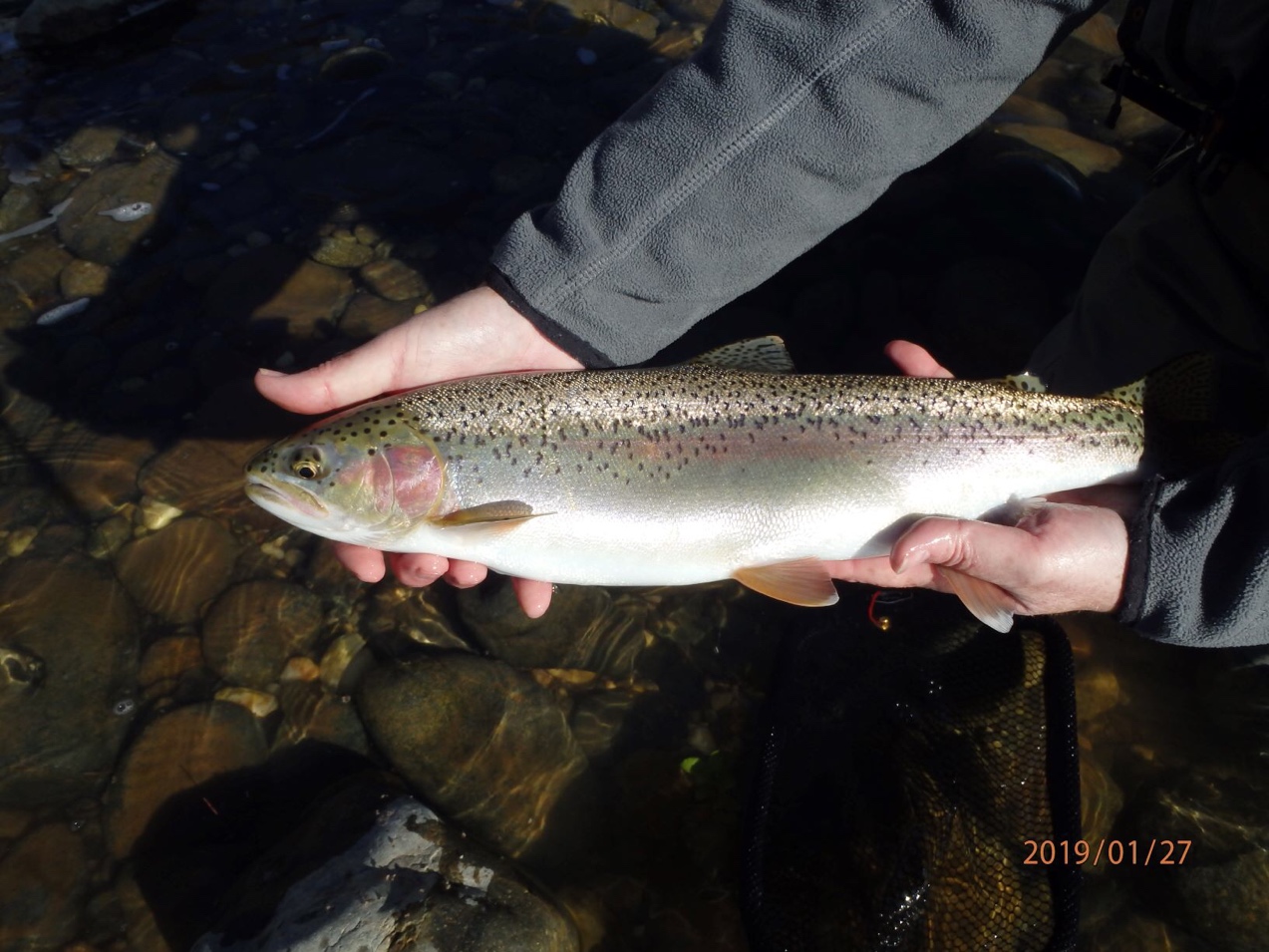 One survival bottleneck that needs opening for salmon and steelhead in the Central Valley is predation by non-native fish. There is a long list of non-native and native predators from which native fish need protection. The best protection is to minimize native-nonnative habitat interactions. That can best come from adequate physical-geographical habitat and habitat water quality for natives while minimizing non-native fish habitat. Changes are necessary because of global warming and continually increasing demands on water. Stream flows are too low, water temperatures are too high, waters are clearer, and in-stream cover is low, factors that all favor non-native predators and competitors.

Because many of the non-natives are sportfish with strong angler followings, non-lethal controls best serve to reduce overall predation effects on native fishes.

At some point population controls on non-native fish may have to be considered despite their inherent problems and low potential for success.1 Note that despite the use of 50 miles of gill nets and removal of hundreds of thousands of pounds of lake trout each year in Yellowstone Lake, lake trout remain abundant. Predator control through removal would be far more difficult in the Central Valley and Bay-Delta.

I remain skeptical on how effective the individual actions can be, but a comprehensive multi-action program such as that employed for the Yellowstone Cutthroat Trout has some chance of success. Such a program would come with tough choices and require considerable resources, but may need to be part of saving Central Valley salmon and steelhead. Focus should be on increasing the amount of native fish habitat and bettering spawning, rearing, and migratory habitat conditions.