An article in San Francisco Estuary Magazine, “Where have all the Herring Gone?,” sums up the status of the San Francisco Bay’s Pacific herring population.  In my last post on the herring, May 2018, I described recent population trends indicating a continuing long-term decline in reproduction in the Bay estuary and a withering away of the herring commercial fishery in the Bay.  That trend continues downward in herring larvae densities by salinity isohalines in February 2020 (Figure 1), as compared with 2018 (Figure 2) and 2014 (Figure 3), years with similar winter Delta outflows.  I cannot update the Bay survey data in Figure 4 after spring 2017, because the Bay portion of the survey has been discontinued.  Herring larvae production remains a critical indicator of Bay ecosystem health, because herring use the Bay for reproduction and that production likely depends on the direct and indirect effects of freshwater inflow to the Bay. 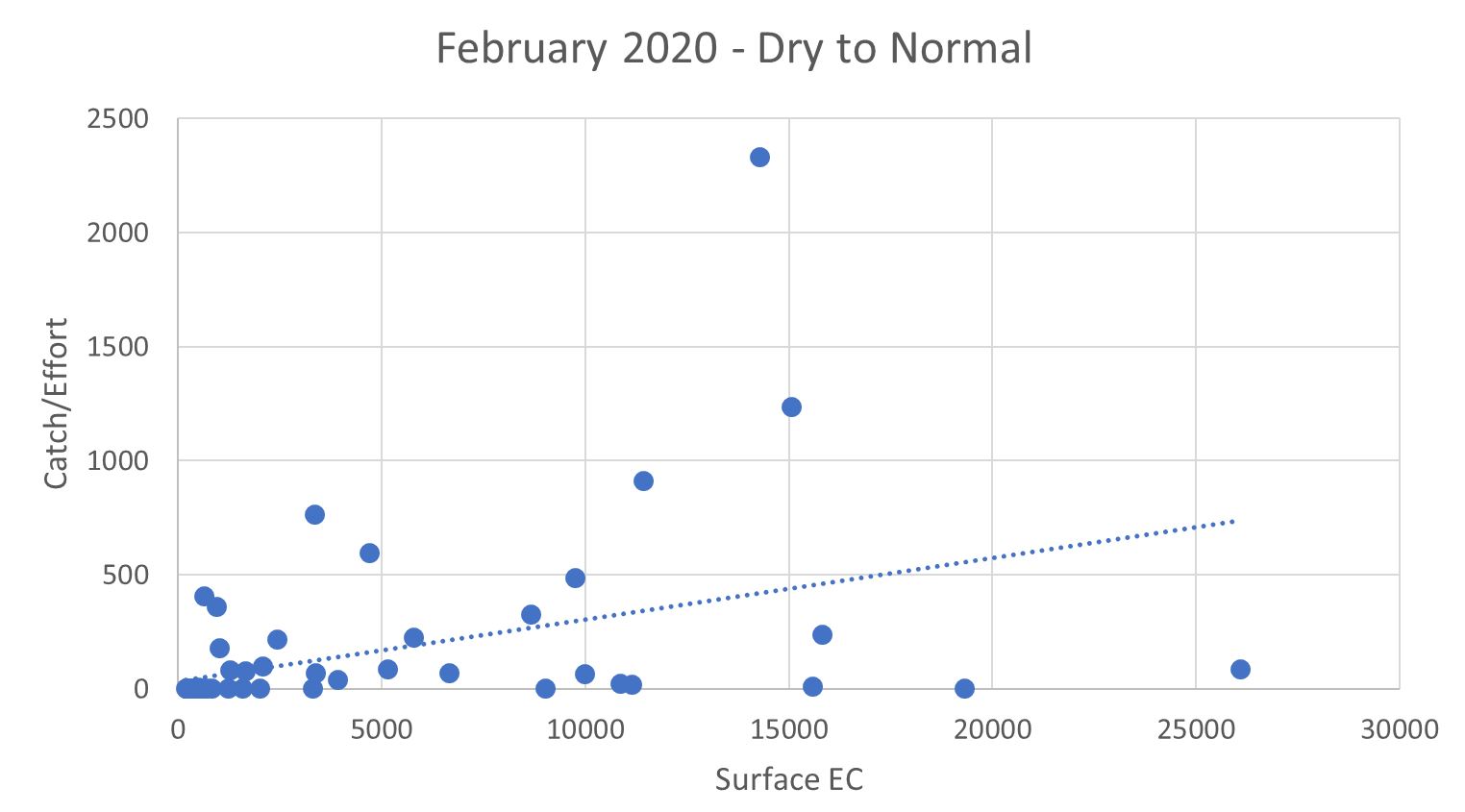 Figure 1. Density of Pacific herring in larval surveys of the Bay-Delta versus surface salinity in February 2020, a below normal water year. Larvae density by isohaline is an indicator of larvae production and abundance in the Bay. 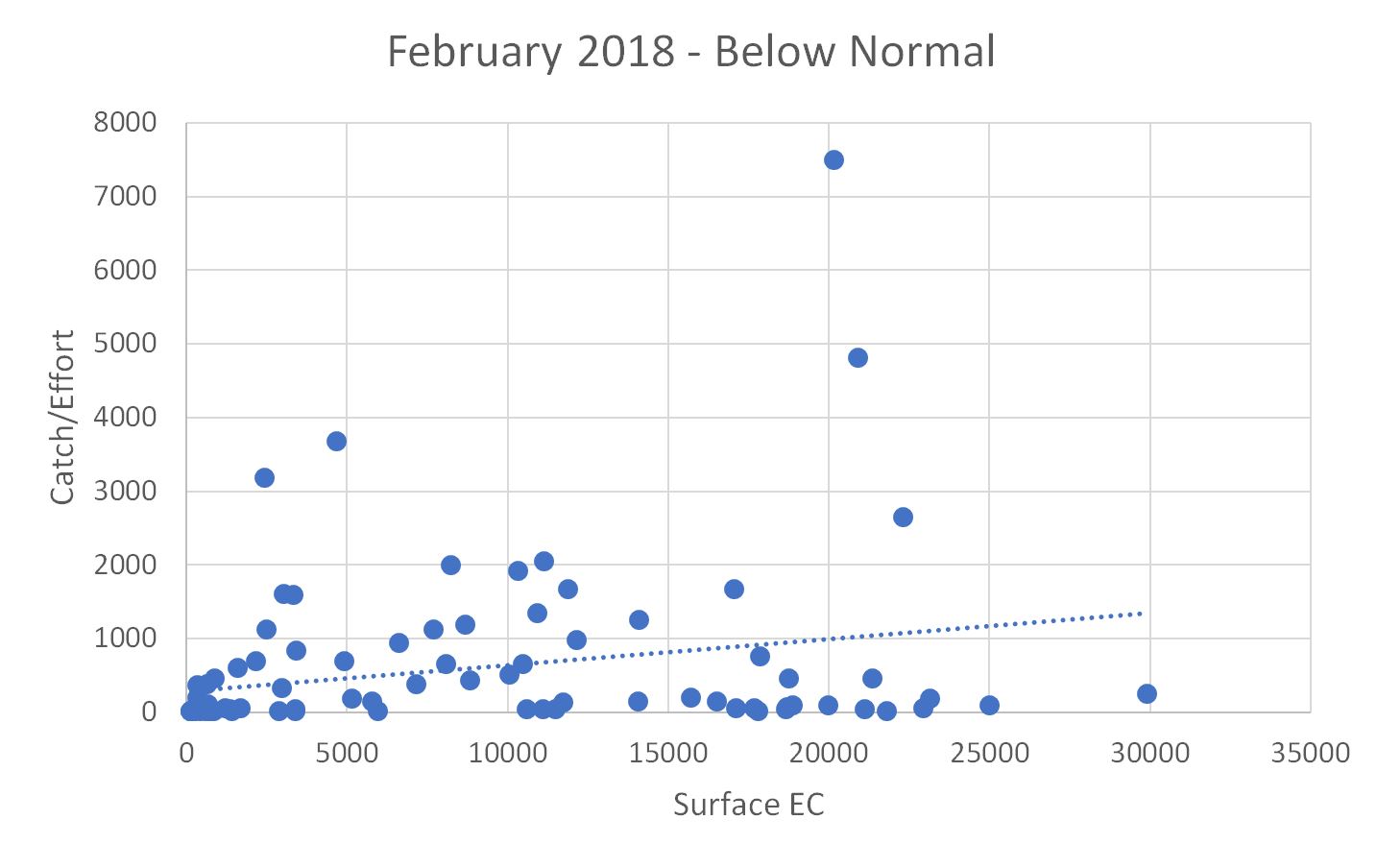 Figure 2. Density of Pacific herring in larval surveys of the Bay-Delta versus surface salinity in February 2018, a below normal water year. Figure 3. Density of Pacific herring in larval surveys of the Bay-Delta versus surface salinity in February 2014, a dry water year. 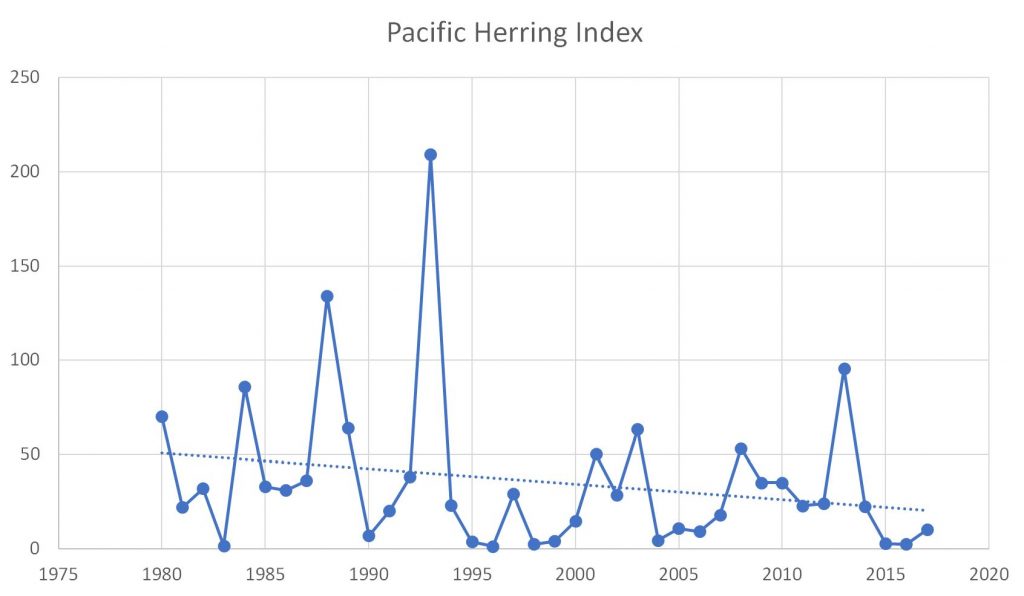