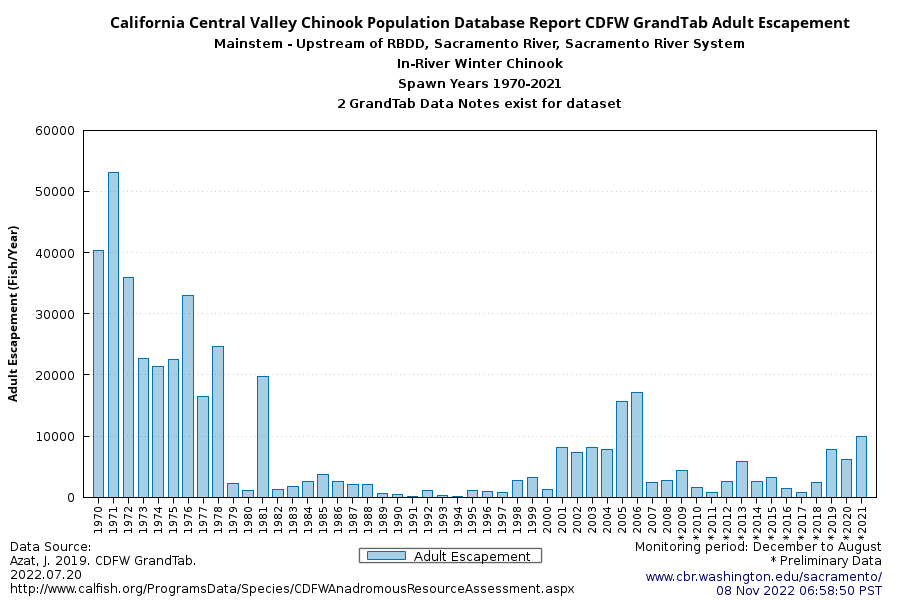 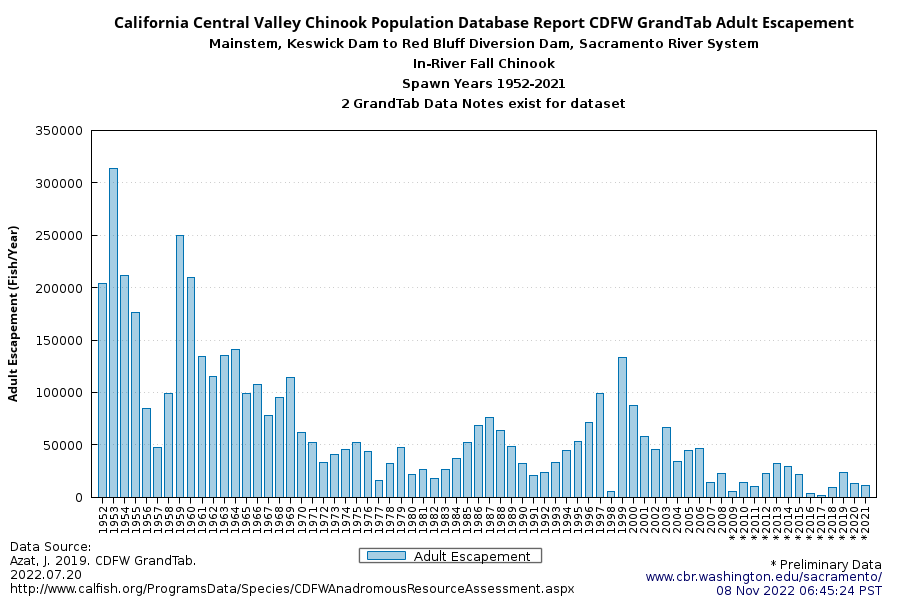 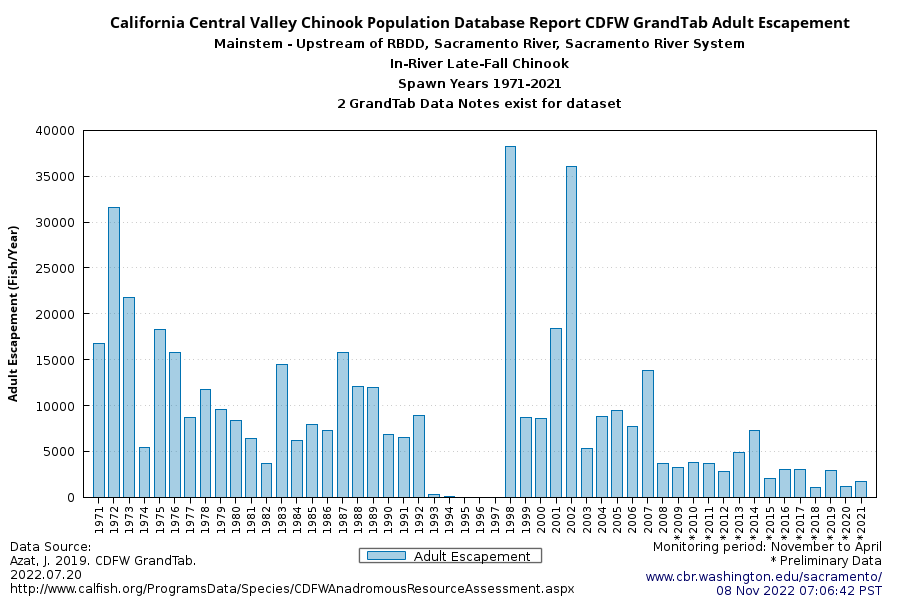 First the bad news. The production in 2022 of winter-run salmon fry in the upper Sacramento River near Redding was at record low levels, similar to the disaster years 2014 and 2015, maybe worse (Figure 1).

Next, more bad news (there is no good news). Most of the fry are now in the 100-mile reach below Red Bluff, with only a small proportion to date (November 7) reaching Knights Landing below Chico (Figure 2). Flows (Figure 3) remain too low for good fry survival, with little flow increase following late October and early November rains. Clear water conditions make it easy for the tens of thousands of striped bass and smallmouth bass residing in the 100-mile reach to pick off migrating juvenile salmon. Up till late October, water temperatures above 60ºF kept bass active (also Figure 3). With conditions expected to be similar to last year, one can only expect this year’s production to be similar to last year’s poor production (Figure 4).

Some might say increased hatchery winter run production in 2022 is good news. Higher than normal numbers of hatchery fry are being raised in the Livingston-Stone Fish Hatchery for release next winter. But last winter’s hatchery releases during critical drought conditions did not fare well, as shown by the very small numbers that reached the Delta (Figure 5). To compensate, Interior began increasing egg-taking1 for the hatchery and transporting adults and hatchery smolts to upper reaches of Battle Creek. While these actions are worthwhile, the problem remains that drought year release returns (harvest plus escapement) average about 0.2%, compared to 2% returns in wet years.2

The prognosis for the winter-run salmon from all these sources of recruitment during the 2020-2022 drought to return as adults into fishery catches and the spawning runs is grim.3 The population does recover after wetter year periods (2016-2019, Figure 6), but not without the support of the hatchery. More needs to be done to improve wild and hatchery fry survival and smolt production to safely recover the winter-run salmon population. Flow pulses and enforcement of the state water temperature standards are needed. Vitamin injections, more hatchery egg-taking, and taxi rides alone will not do the job. 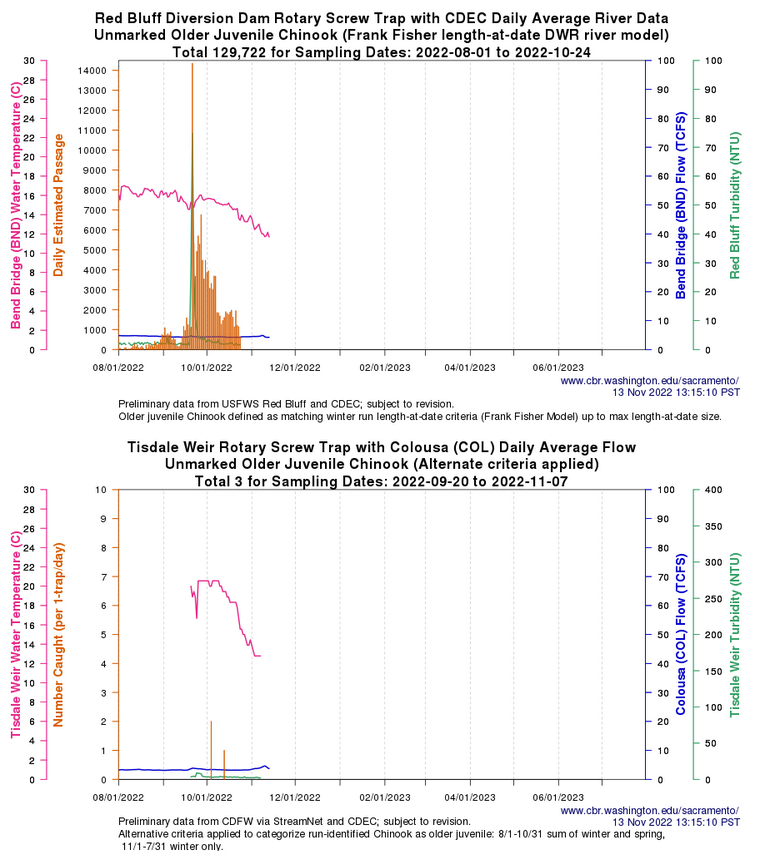 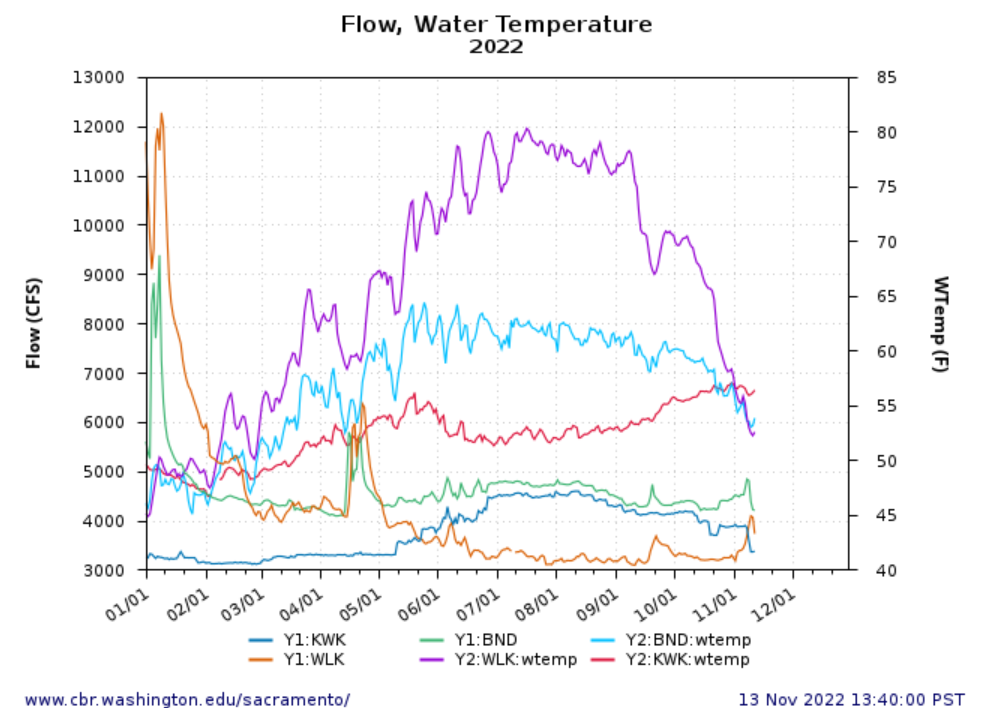 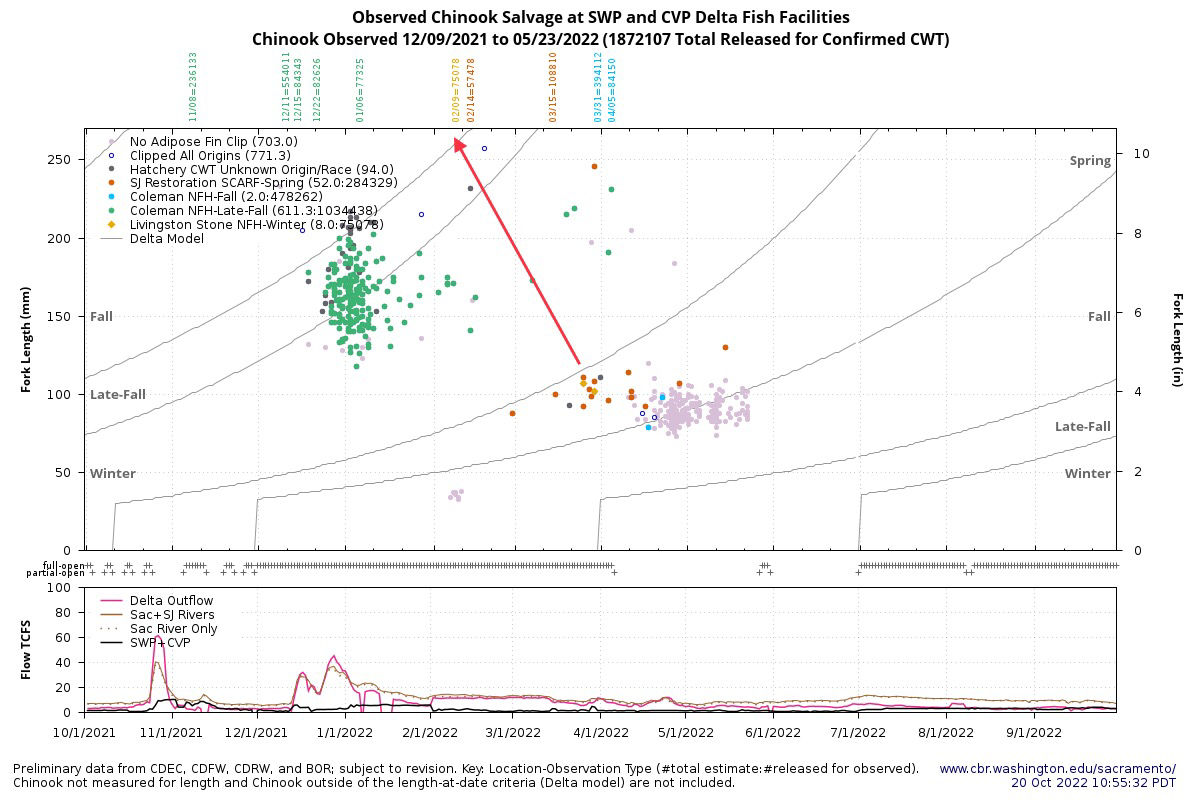 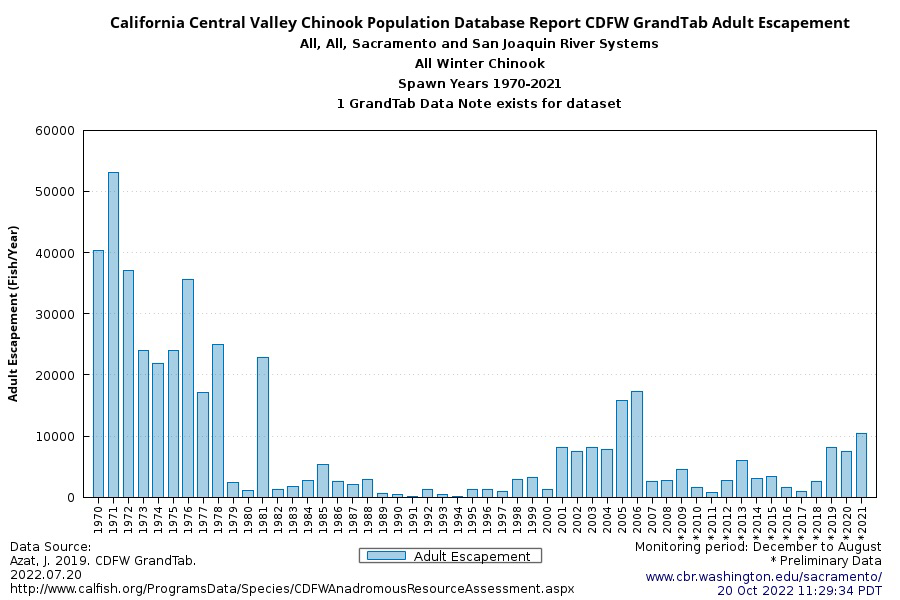