But hatcheries bring many real problems for wild salmon.  These problems include in-breeding/domestication, disease transmission, and over-harvest of, competition for, and direct and indirect predation on wild salmon populations.  In-breeding has already had dramatic effects on the salmon populations, leading to the loss or degradation of many important life-history traits and of subpopulations that carry these traits (the “Portfolio Effect”).

Having lost many traits that nature provided over millions of years of natural selection, hatchery salmon today are simply less able to cope with the new world they now face.  They mature younger and smaller.  They are less able to adapt to changes in their food supply.  They often can’t compete and are less able to avoid predators.  Many arrive on spawning grounds too early, and others can’t find their natal streams.  Their offspring are also far less capable of coping with the stress and adversities, including harvest, pollution, and habitat loss and degradation.

1.      Reduce competition between hatchery and wild salmon in spawning, rearing, and migrating habitat.

2.      Reduce straying of hatchery origin spawners into other spawning rivers.

5.      Improve the genetic makeup of hatchery (and wild) salmon

Wild salmon populations in California’s Central Valley are already compromised to various degrees by hatchery salmon, over-harvest, and habitat degradation.  More can be done to protect wild salmon production and minimize the threat from hatcheries, while continuing to provide valuable commercial and sport fisheries supported by hatcheries.  We can save our salmon and eat them too. 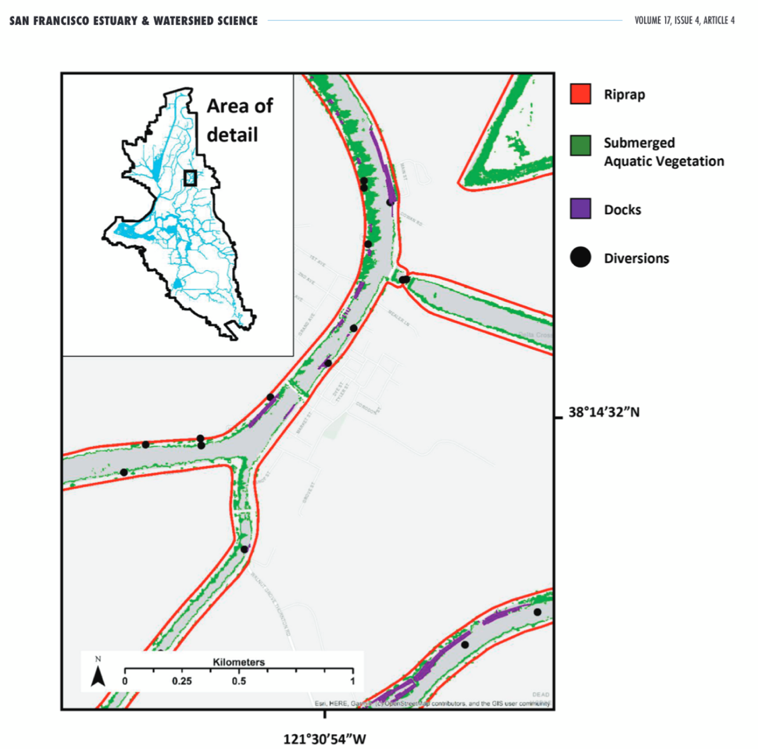 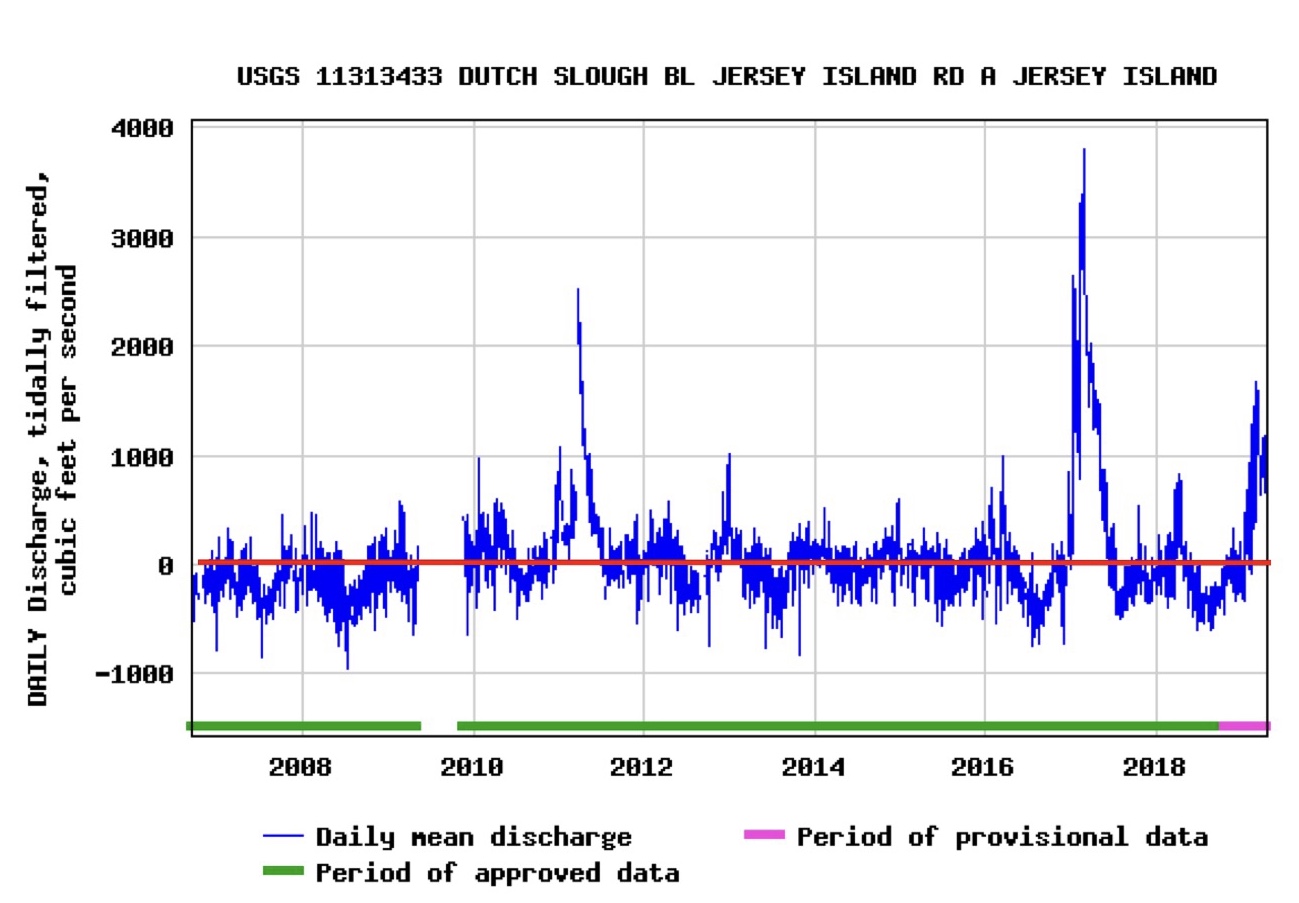 Over the past few months, I wrote posts on the status of specific runs of salmon in rivers throughout the Central Valley. In this post, I describe the overall status of salmon runs and the general actions to take to increase both escapement and fish available for commercial and sport harvest. 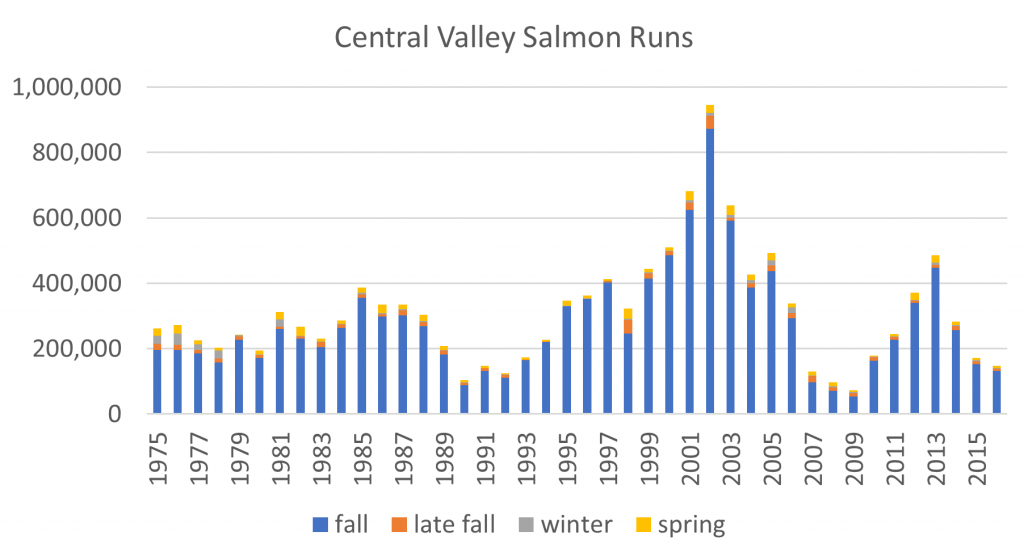 Extraordinary recovery measures included closing fisheries and trucking most of the hatchery smolt production to the Bay or Delta.  Federal salmon biological opinions (2009, 2011) limited winter-spring water-project exports from the Delta.  Hundreds of millions of new dollars were spent on habitat and fish passage improvements in the Valley to increase salmon survival and turn around the declines in runs.  A look at Figure 1 indicates that these efforts proved effective in limiting run declines from the 2012-2015 drought compared to the 1987-1992 and 2007-2009 droughts.

However, the prognosis for the future is again bleak, especially for wild, naturally produced salmon.  The consequences of the 2012-2015 drought  have not fully played out.  Once again, projected runs are low, and harvests are likely to be restricted.  Actions are needed to minimize long-term effects and to help bring about recovery of wild salmon productivity and fisheries in general.

Near term actions over the coming year:

In conclusion, managers should take immediate actions to minimize the damage to salmon runs from the recent drought and floods, using this past year’s abundant water supply.  They should avoid efforts to exploit the abundant water in storage for small benefits to water supply at the expense of salmon recovery, and should make every effort to use the water in storage for salmon recovery. 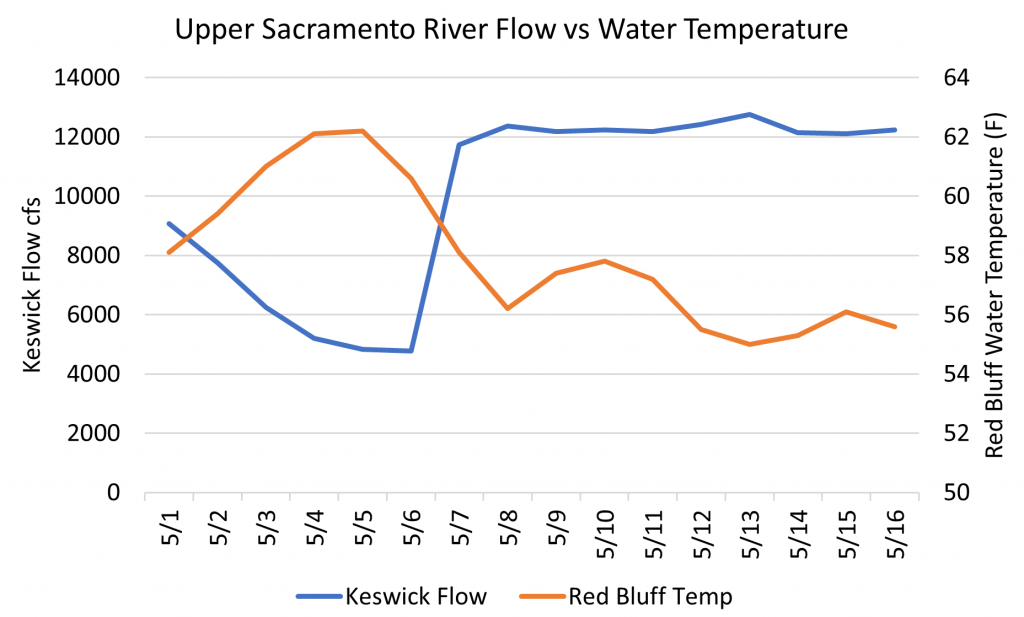 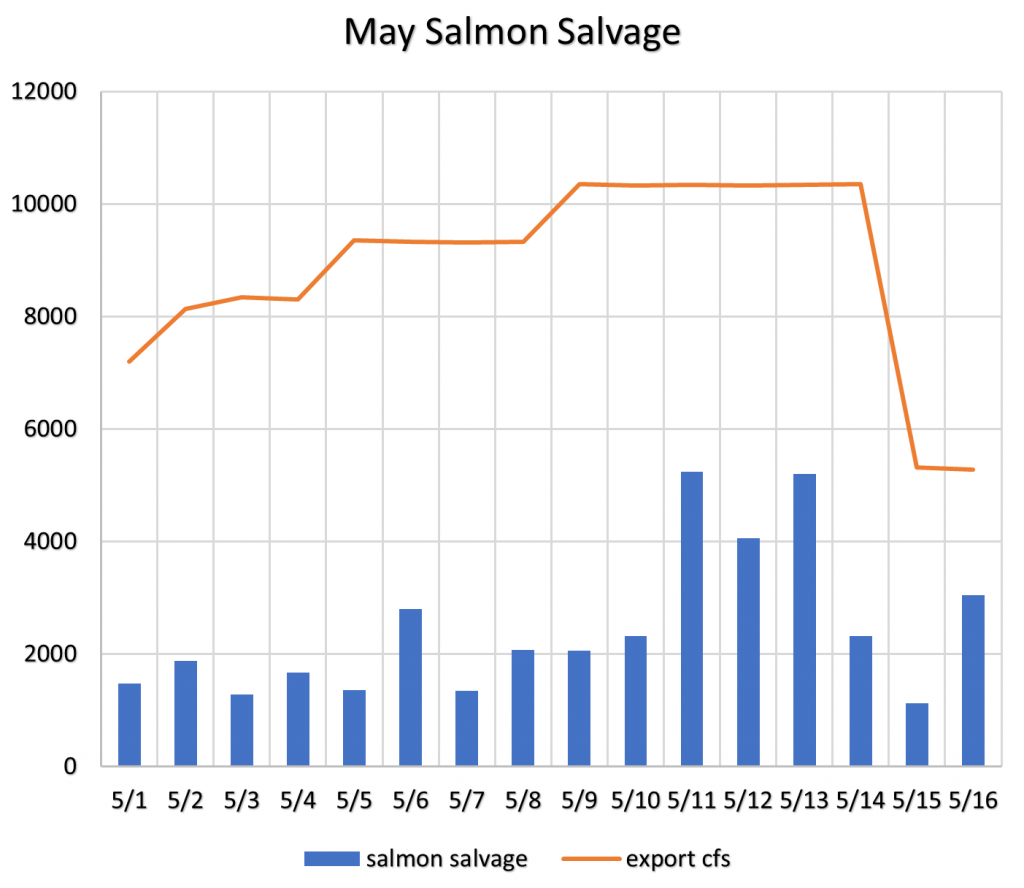 Figure 3. Export rate and young salmon salvage at South Delta federal and state export facilities in May 2017. The target export rate limit for May should be 1500 cfs. Source of data: USBR. 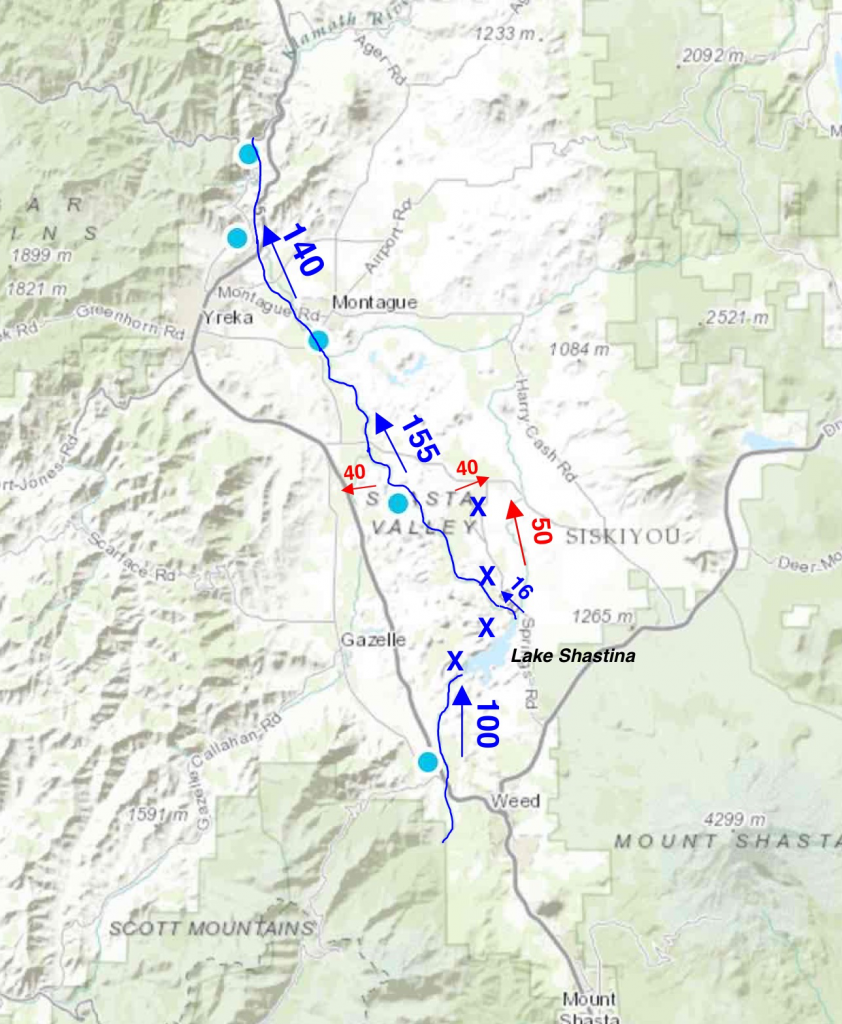