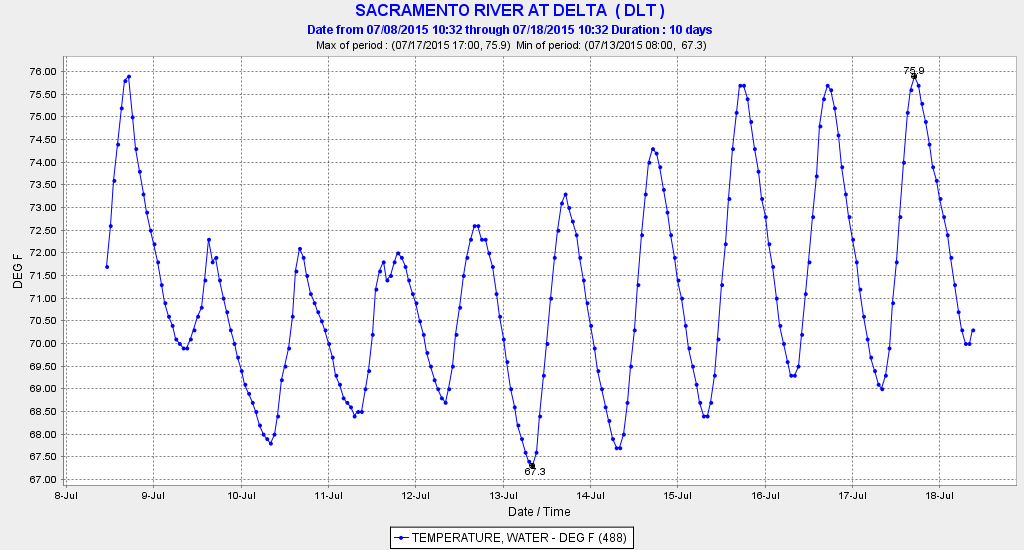 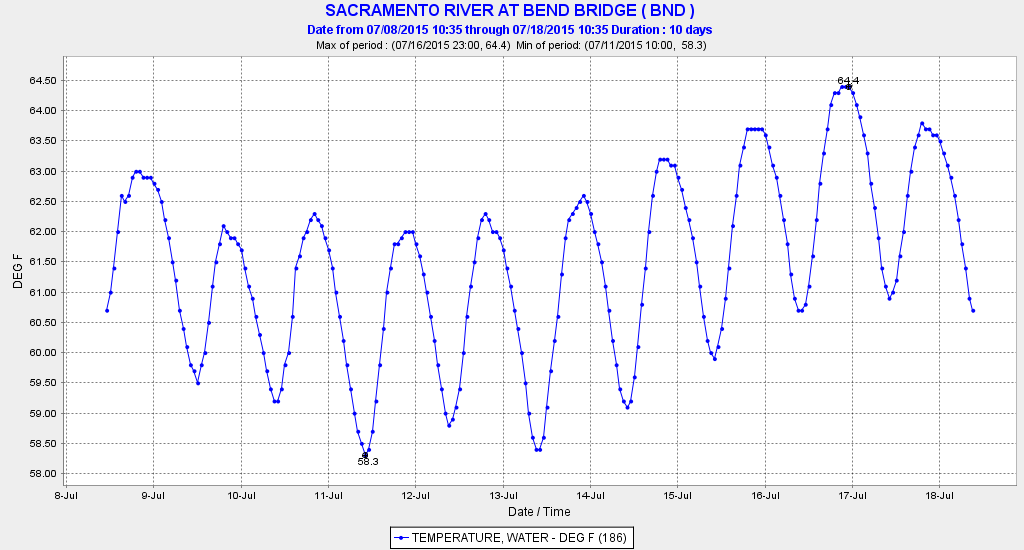 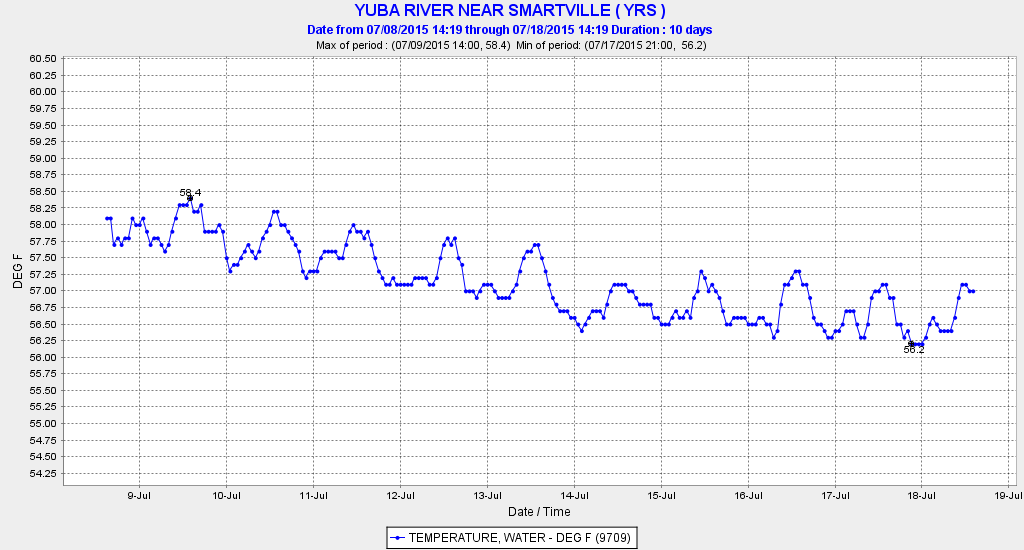 Causes of the Decline of the Endangered Delta Smelt

There are multiple threats to the Delta Smelt population that contribute to its viability and risk of extinction. Chief among these threats are reductions in freshwater inflow to the estuary; loss of larval, juvenile and adult fish at the state and federal Delta export facilities and in urban, agricultural and industrial water diversions; direct and indirect impacts of the Delta Smelt’s planktonic food supply and habitat; and lethal and sub-lethal effects of warm water and toxic chemicals in Delta open-water habitats.

Temporary urgency change orders by the State Board have allowed reduced Delta outflow and increased Delta salinity. This has moved the Low Salinity Zone further upstream (eastward) into the Delta, thereby increasing the degree of each of these threats. During the past few drought summers, remnants of the population have been confined to a small area of the Low Salinity Zone where water temperatures barely remain below lethal levels. The change orders are an obvious and direct threat to the remnants living in the Low Salinity Zone. Further allowing these weakened standards to be violated is a direct disregard for the remnants of the population. It places them at extraordinary risk by bringing them further into the zone of water diversions, degrading their habitat into the lethal range of water temperature, further degrading their already depleted food supply, and increasing the concentrations of toxic chemicals being relentlessly discharged into the Delta.

The following are measures necessary to save the remnant Delta Smelt population: Back in April, I questioned whether Longfin Smelt, a state-listed endangered fish, are going extinct in the Bay Delta1. The June surveys are in. The Bay Midwater Trawl, the Bay Otter Trawl, the Townet, and the 20-mm Survey show Longfin are at record lows with only a few caught in the Bay2. One only has to compare 20-mm Survey results for June over the past three years to see the trend. Going, going, gone. 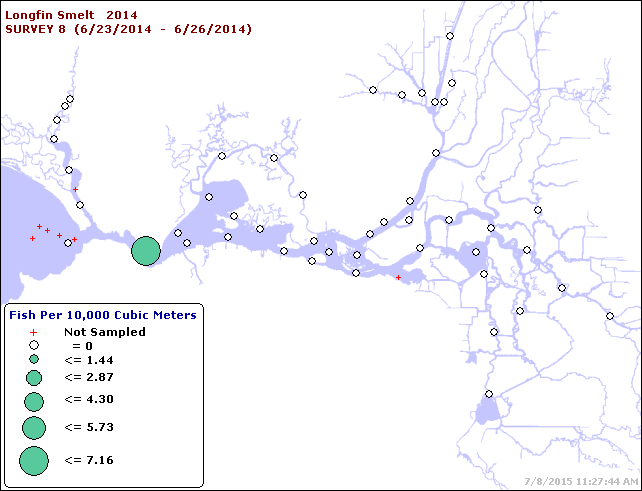 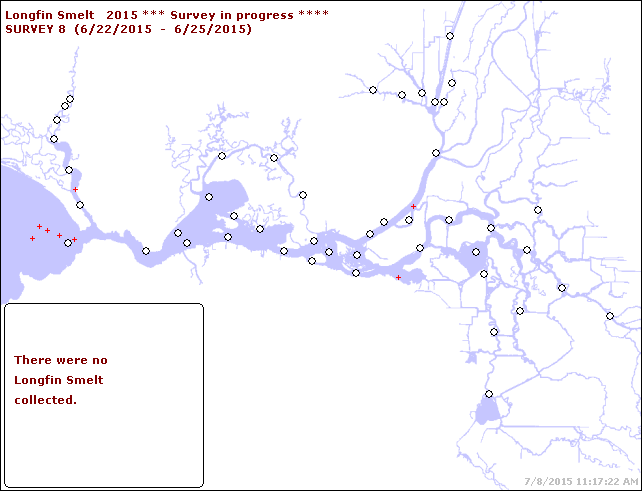 By Don Beyer
Dams, impassable falls, and other instream barriers such as reduced flow, high temperature, poor water quality block or impede the migration of salmonids. The following are brief summaries of several case studies in Washington State where trapping and transport around these barriers has had encouraging results.

Baker River is a tributary to the Skagit River in northern Washington State. Sockeye salmon have a very challenging life history in that they need a lake for young rearing prior to smolt outmigration to the ocean. Before the development of two hydroelectric dams, the native Baker Sockeye salmon used natural Baker Lake for spawning and rearing. After the two dams were constructed (the first dam, Lower Baker, was completed in 1925 below the lake, the upstream dam was completed at Baker Lake outlet in 1959) the sockeye salmon migrations were nearly completely blocked. Natural spawning habitat was destroyed upstream of the upper dam. The adult returns of sockeye salmon prior to the dams were estimated by the Washington Department of Fish and Wildlife1 to be about 20,000 fish but the returns fell to a low of about 99 fish in 1985.

Considerable efforts have gone into research and development of ways to facilitate both upstream and downstream passage around the two dams. The current efforts include improved trap-and-haul operation facilities below the lowermost dam, trucking to artificial spawning beaches (also newly improved) located on Baker Lake, and a new conservation hatchery next to the spawning beaches. Some adults are also released into Baker Lake to spawn naturally in Baker River and its tributaries upstream of the lake. Downstream smolt migration has been improved by trapping outmigrating smolts at both dams and transporting by truck for release below the lowermost dam. The outmigrant collection facilities have been upgraded with nets behind each dam that guide the outmigrants to the traps where they are collected and transported below the lowermost dam.

These improvements have resulted in a record run of 22,500 adult sockeye in 2010. The Washington Department of Fish and Wildlife2 forecast for returns in 2015 is 46,268 adults. The improved runs have resulted in removal of the Baker River sockeye from the Endangered Species Act candidate list. In addition, the current runs support both a tribal fishery (in downstream areas) and sport fishery (in downstream areas and in Baker Lake).

The South Fork Skykomish River joins the North Fork near Index, Washington. Combined, the two forks form the Skykomish River, which eventually flows into Puget Sound (as the Snohomish River) at Everett, Washington. This Snohomish River basin supports significant runs of coho salmon, Chinook salmon, chum salmon, pink salmon, steelhead, and cutthroat trout. Sunset Falls (near Index) is the first of three steep gradients that historically formed a totally impassable barrier to upstream migration of adult salmonids. The drainage area upstream of these barriers is about 350 square miles which has many mainstem and tributary areas that are favorable for spawning and rearing of anadromous fish.

The trap and haul approach has been in operation since 1958 and has passed an average of 25,000 total fish (all species) per year. This average has increased in recent years (to 46,000) due to large increases in pink salmon returns3.

The Cowlitz River is a major tributary to the Lower Columbia River that supports major runs of salmon and steelhead. Upstream passage of adult fish was blocked by construction of Mayfield Dam which began operation in 1963. Initial attempts to pass adults upstream were made by capturing adult fish below the dam and transporting them upstream. Outmigrants were passed around the dam through a bypass system. The situation became more complex when Mossyrock Dam (upstream of Mayfield Dam) began operation in 1968. At the same time, a barrier dam was constructed downstream of Mayfield Dam to channel fish into a newly constructed hatchery. This hatchery, one of the largest in the world, was mainly composed of concrete raceways for holding of adults and rearing of juveniles. In addition, another hatchery, primarily dedicated to production of steelhead, was constructed downstream. This hatchery has large rearing ponds for the juvenile steelhead rather than concrete raceways.

The operation of the barrier dam provided the opportunity to utilize fish for production in the hatchery or to move adults to upstream areas to naturally spawn. The challenge then was to have the outmigrants successfully migrate downstream through the reservoirs and dams.

The success of the two hatcheries has been monitored and evaluated over the years since they began operation until the mid-1990s. During this period, the mainstem below the barrier dam supported an intense sport fishery which in some years had been very good and other years not so good (mixed results that have been attributed to a number of factors including the fish handling/hatchery conditions, ocean survival, commercial/sport fisheries downstream, volcanic eruptions (i.e., Mt. St. Helens in 1980), and others). This fishery continues to the present day.

Although the fish management approach to the Cowlitz River evolved over a number of years, the situation changed when another dam (Cowlitz Falls Dam) was completed 1994. This dam is located upstream of the Mossyrock reservoir. With the current operation of the three dams, a new emphasis was placed on natural production of fish in upstream areas. Adults are transported from the downstream barrier dam to areas upstream of the Cowlitz Falls Dam where they can naturally spawn. They are also transported to the Tilton River, a tributary to the Mossyrock reservoir.

Outmigrating juveniles are funneled into bypass flumes at the Cowlitz Falls Dam where they are passed downstream to a fish collection facility. At the facility, fish are marked with various methods including coded wire tags implanted in the snout of the fish that allows for later identification. Some are radio tagged for research purposes.

Upstream migrating adults originating from above the dams captured at the barrier dam can then be transported above the Cowlitz Falls Dam with natural production (unmarked) fish. Fish marked originally at the hatchery can also be kept for production at that facility.

The Cowlitz River situation can best be described as an evolving process that is moving in a favorable direction. The fish management approach has maintained and, in some instances (such as increased limit sizes), improved the very active sport fishery in the downstream areas. Improvements in utilizing the areas upstream of the dams for natural production should assist in further expansion of the fisheries resources in the Cowlitz River basin while increasing natural production.