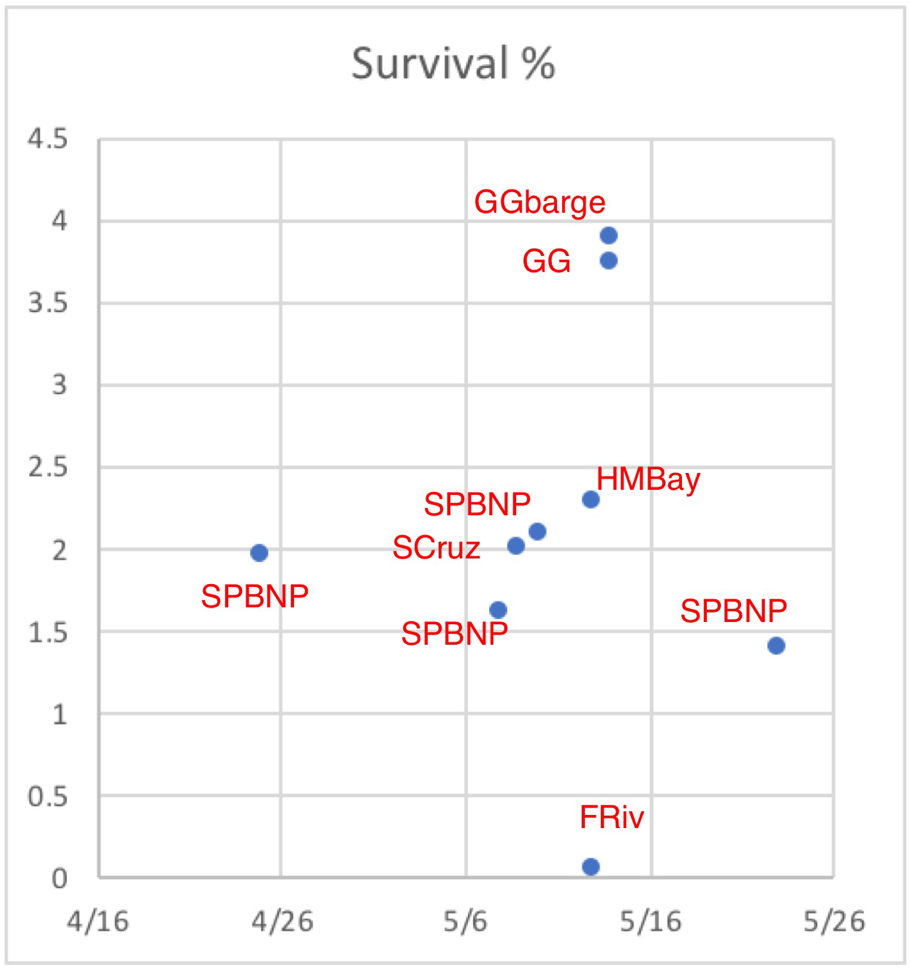 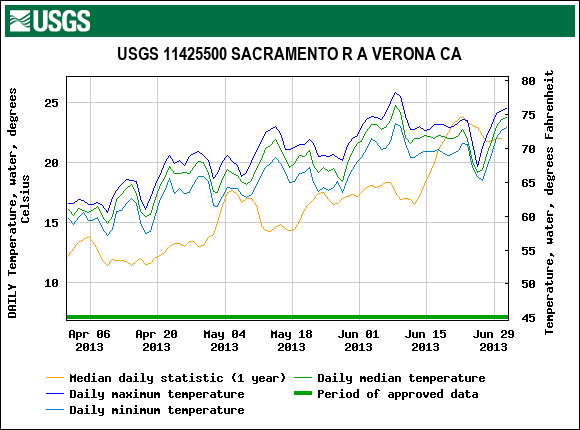 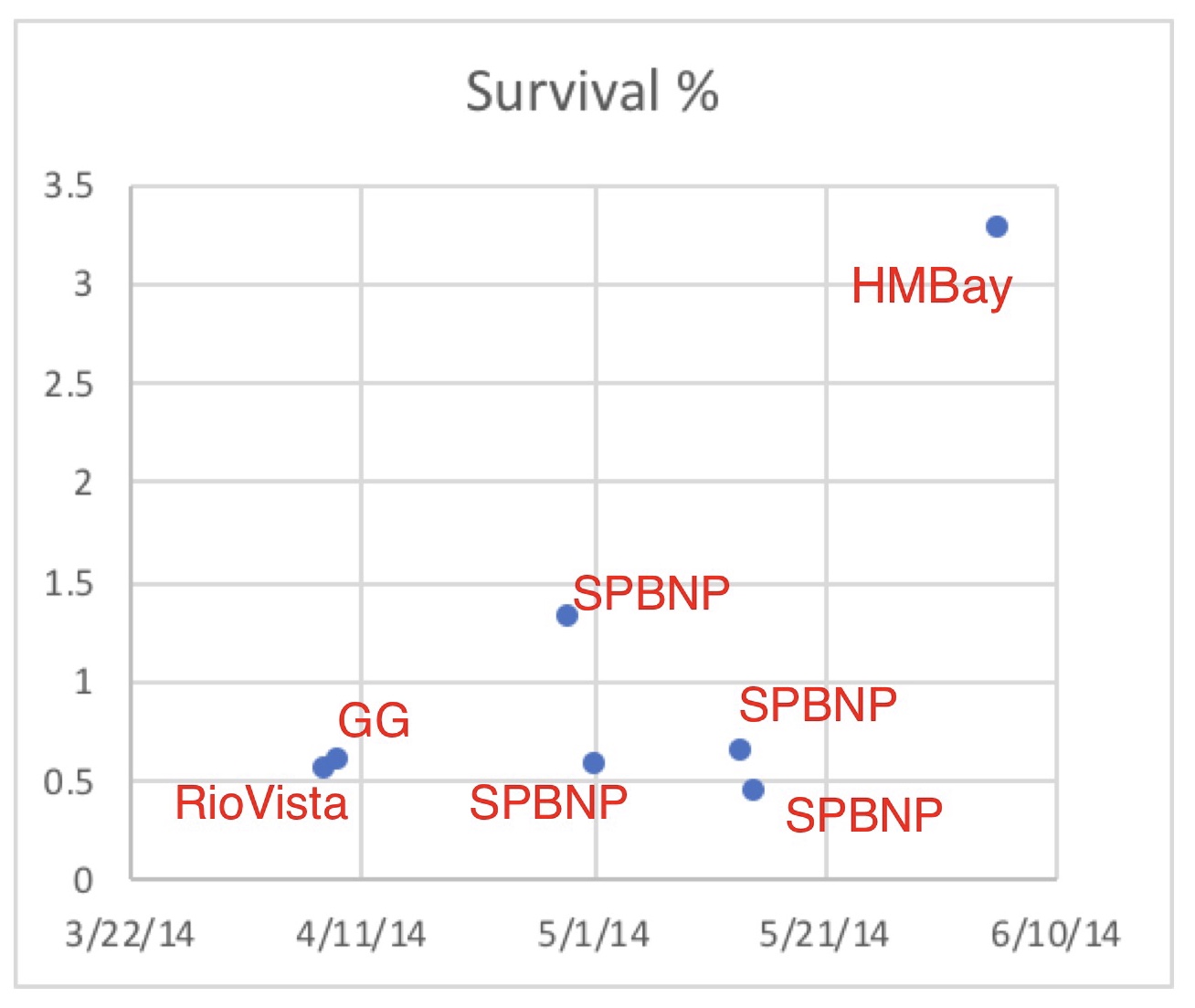 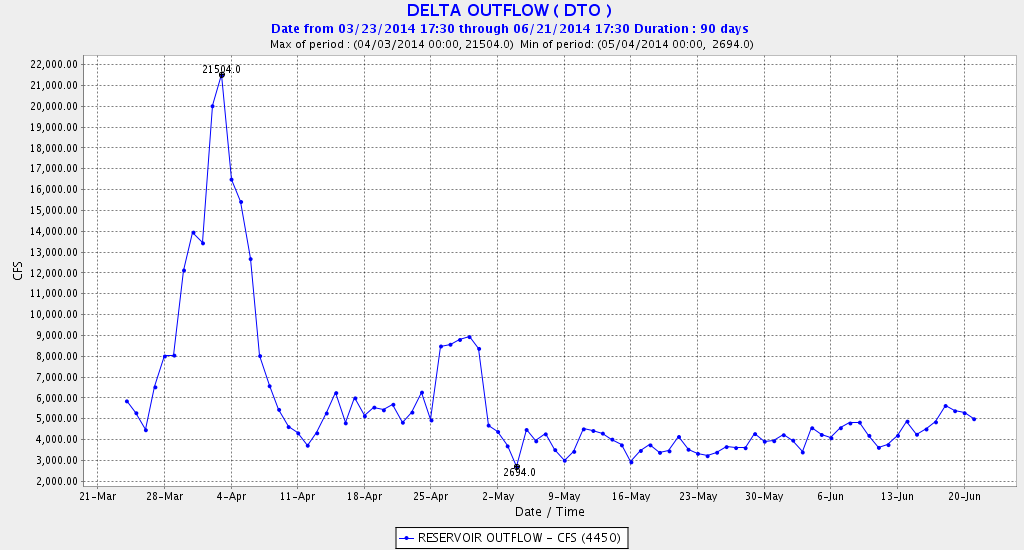 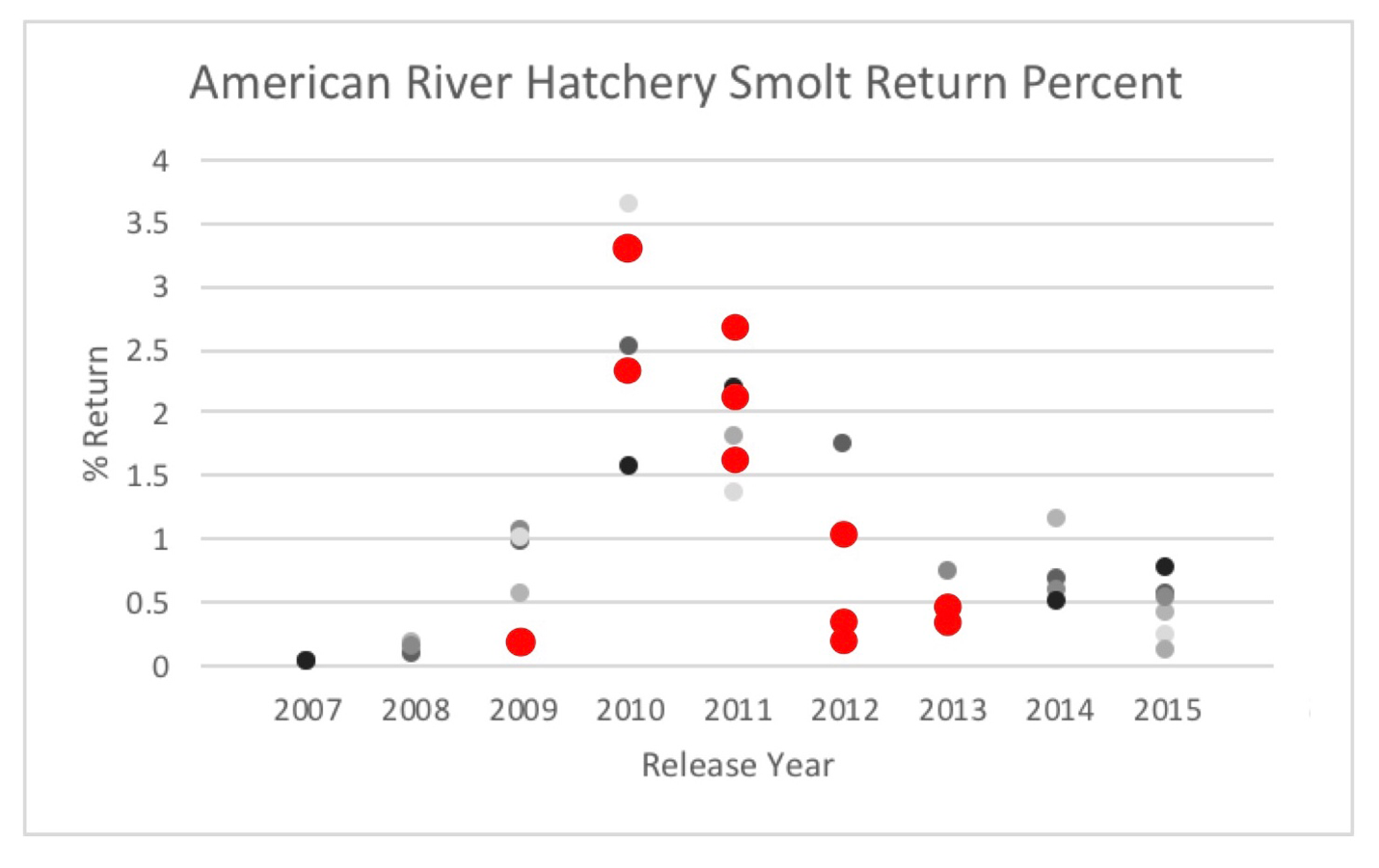 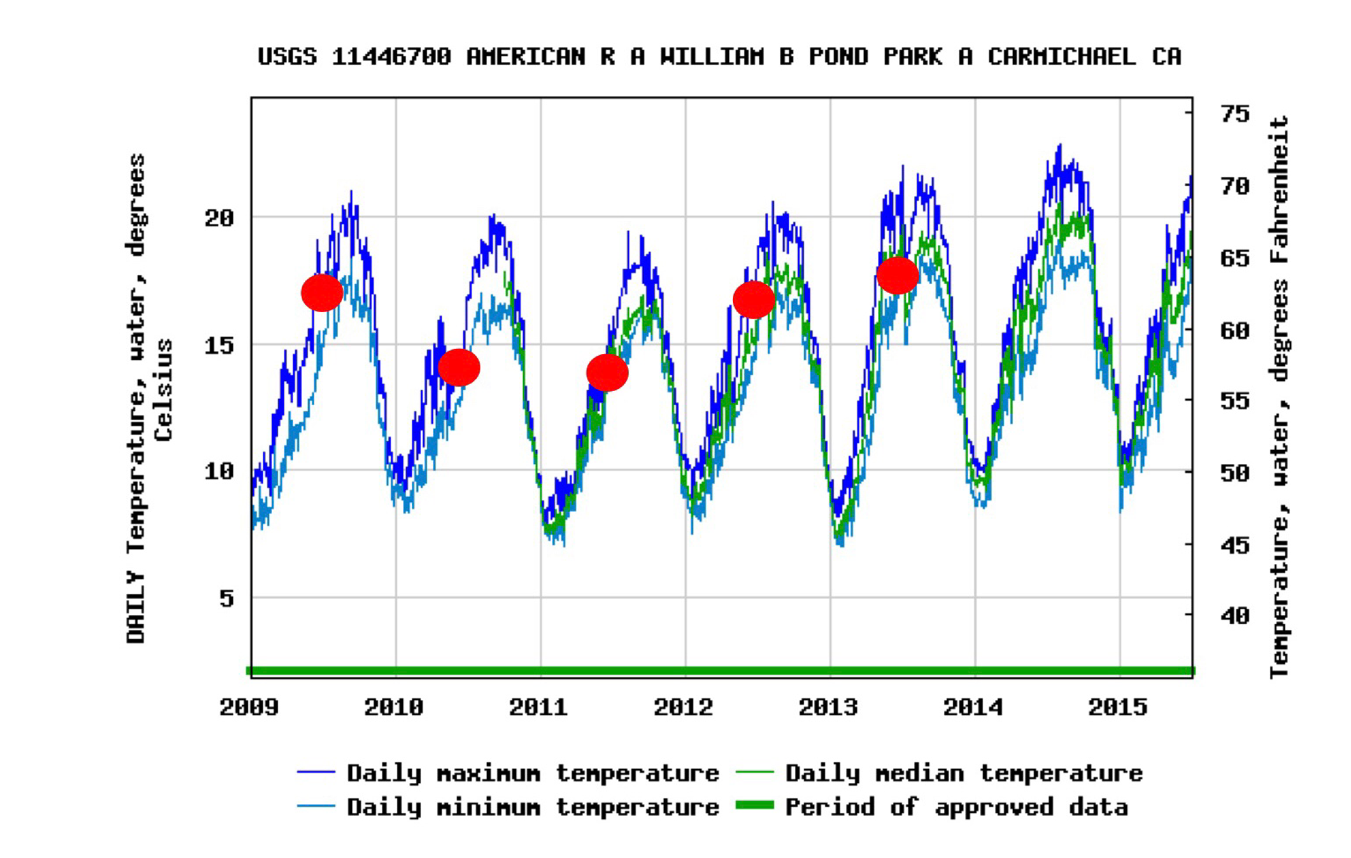 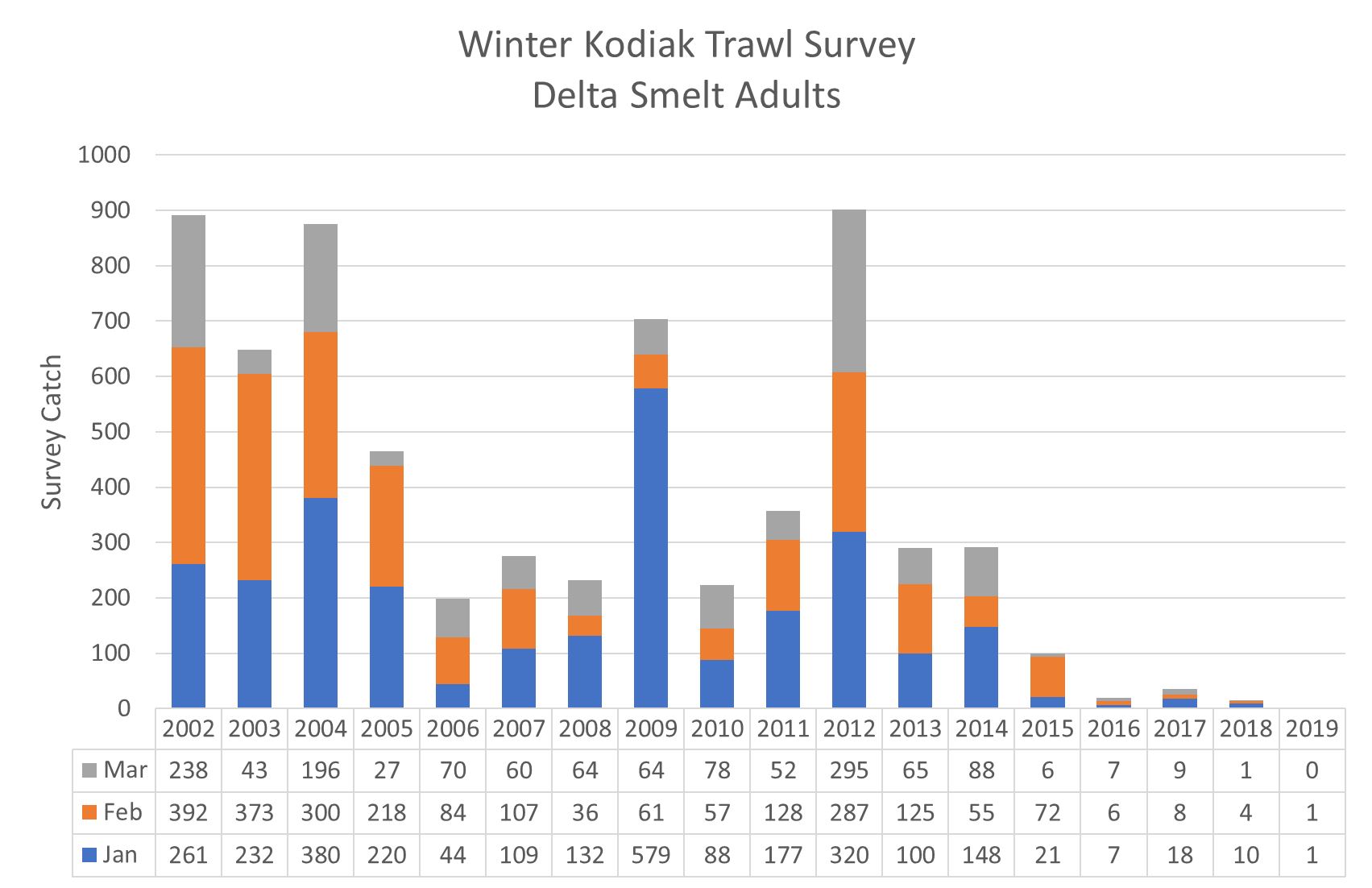 The new $6-million gated-notch opening in the Fremont Weir is the first of several to be built into the two-mile-wide weir to help fish passage. The notches will allow an easier passage route over the weir, especially for large sturgeon. The notches are especially important in allowing an extended period for adult fish to finish their passage through the Bypass when Sacramento River water levels fall and the river flow ceases spilling over the weir into the Bypass. In the past, these conditions would have trapped any fish that remained in the Bypass. The notches will also help pass downstream-migrating juvenile salmon to enter the Yolo Bypass, where there is potential beneficial tidal and floodplain rearing habitat.

The first year of the new notch’s operation has not been without some glitches.1 Significant numbers of salmon and sturgeon have died and probably continue to die at the weir and in the Bypass.

But the new notch was not the underlying cause of this problem. The problem lies in flood control and reservoir storage management in the Central Valley. Drastic reductions in river flow and water levels led to fish stranding in the Bypass, the draining of the floodplain, and a rapid rise in water temperatures in the Bypass that stressed migrating fish.

For the new notches to be effective, an extended period of flow through the new notches will be needed to allow time for migrating and rearing salmon and sturgeon to safely exit the Yolo Bypass without being subjected to a sudden draining of warm water from the shallow margins of the Bypass. With a near record snowpack and filling reservoirs, there were sufficient river flows and reservoir storage this year to extend the duration of river flows into the Yolo Bypass. 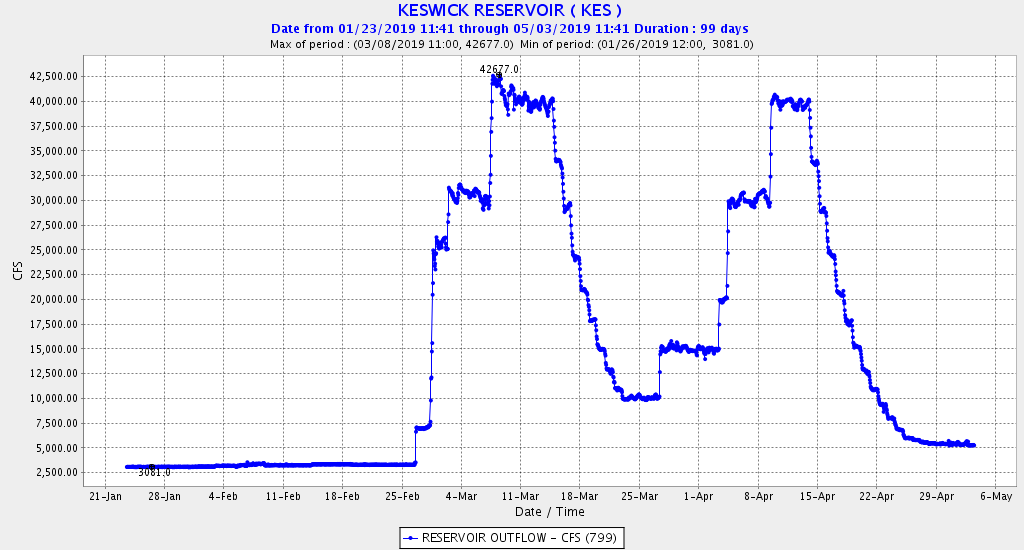 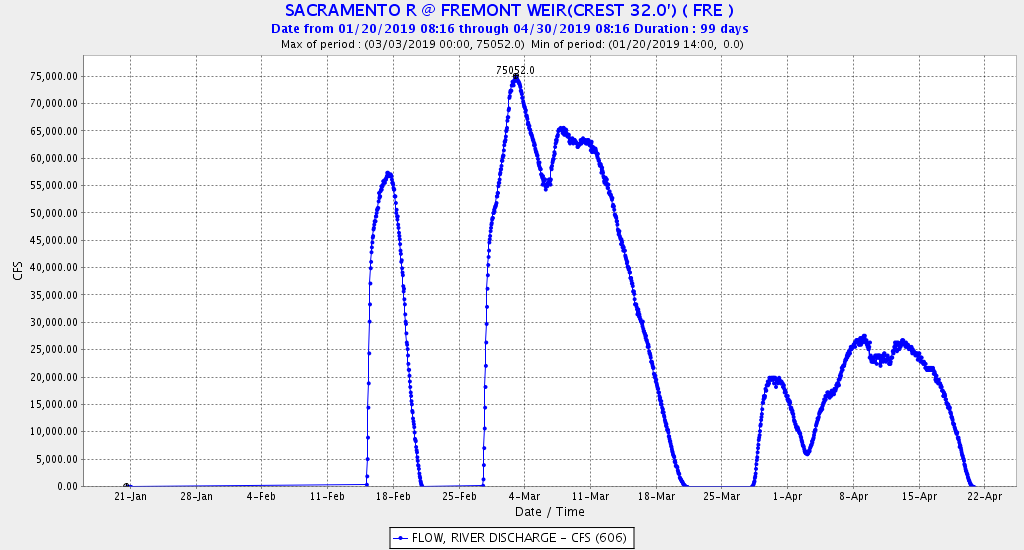 Figure 3. Flow into Yolo Bypass from Sacramento River at Fremont Weir in winter-spring 2019. 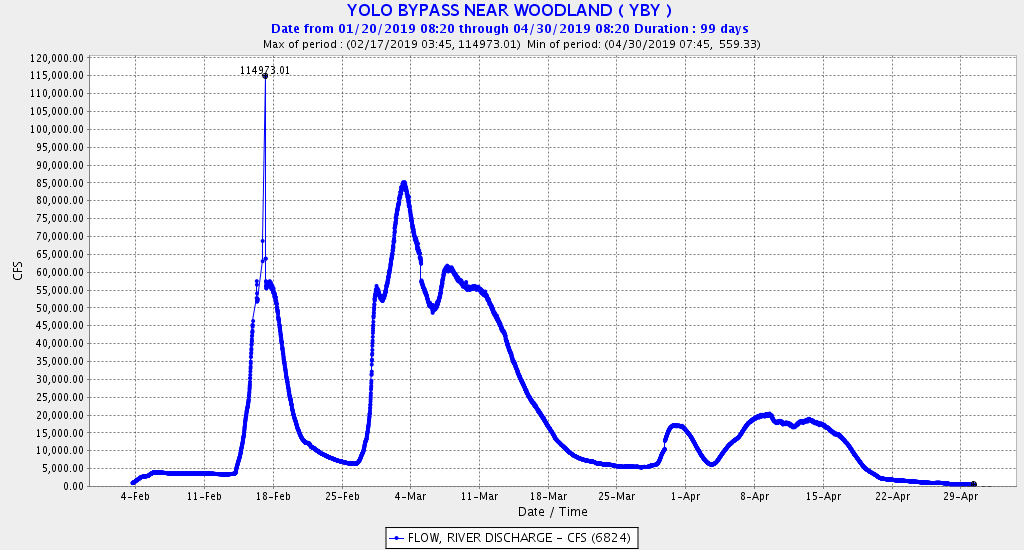 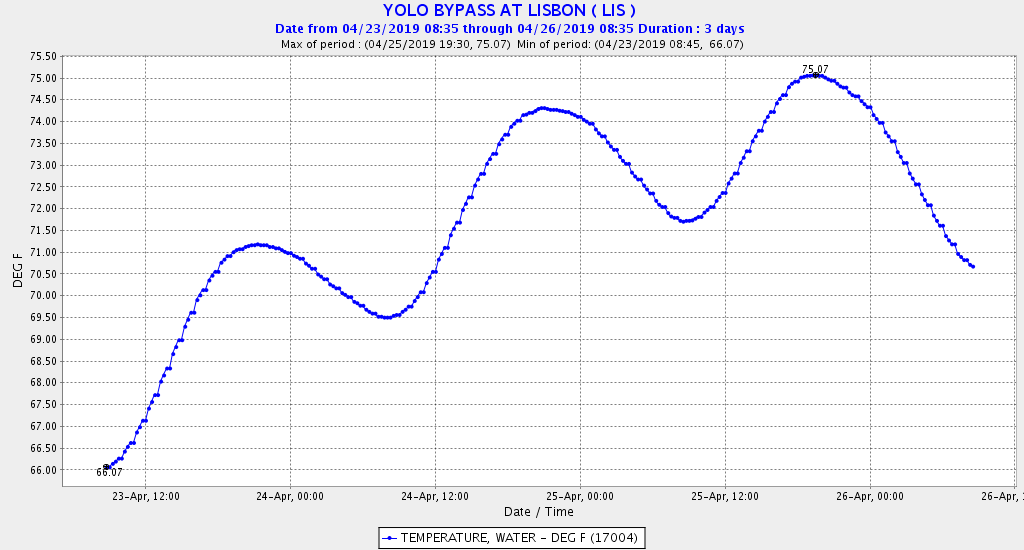 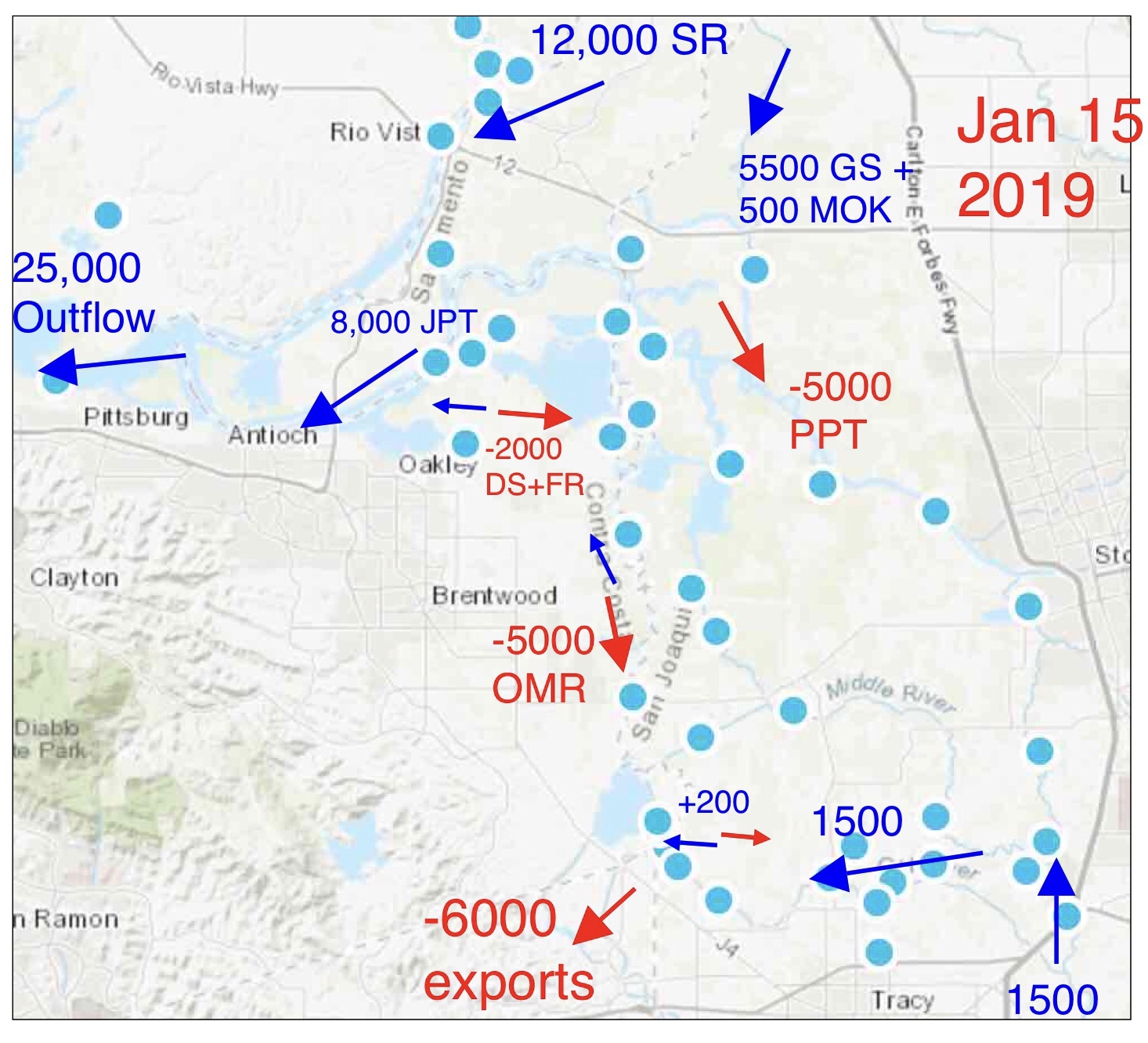 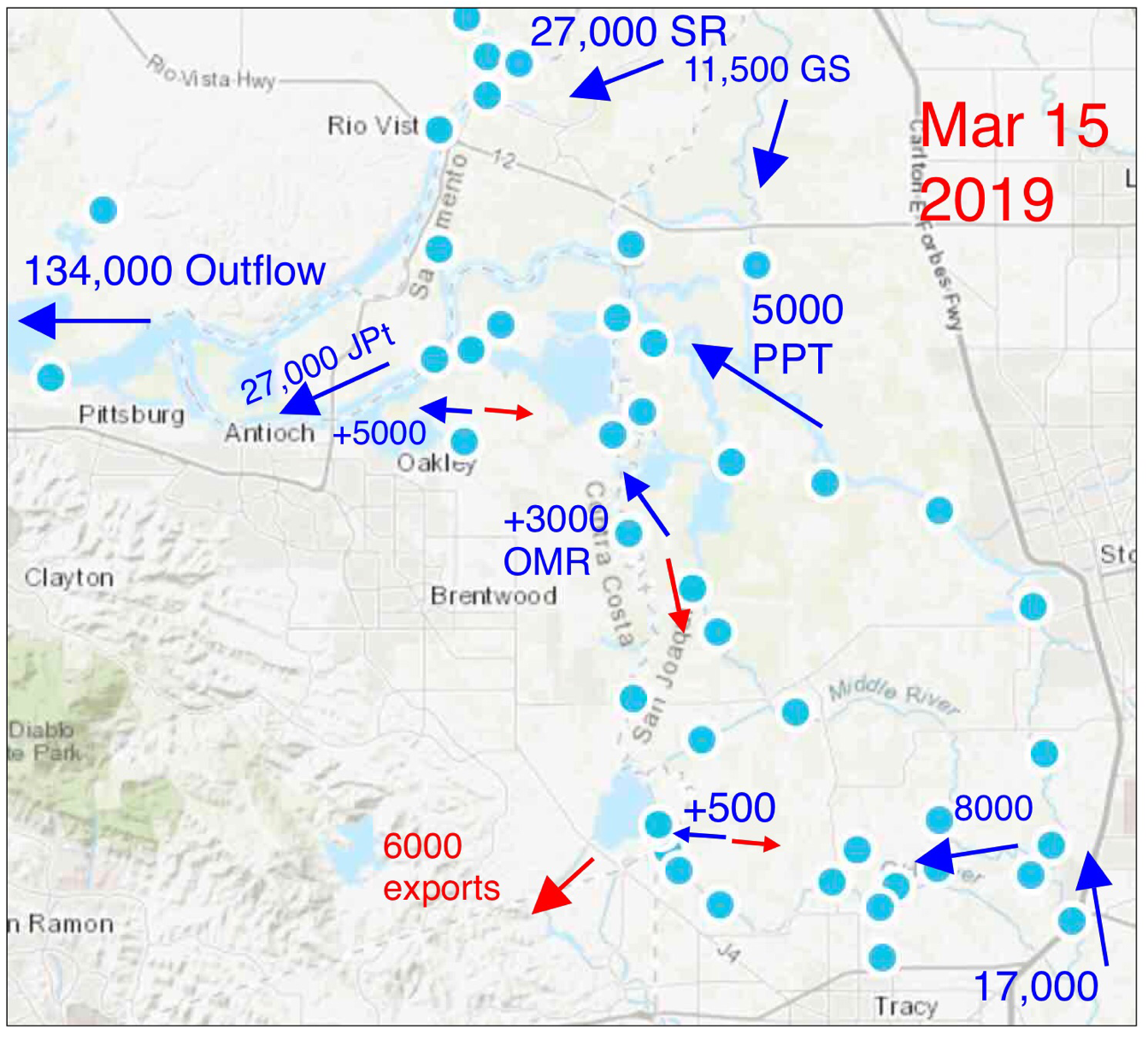