“While state and federal wildlife agencies, university researchers, and water users all agree that predation from non-native fishes is a major stressor on salmon populations, we have done nothing to try to directly curb its impact.”

This statement in a recent Fishbio blog post is simply not true.

In 1995, the state removed limits on summer Delta exports that had been in place for decades to protect young striped bass. Stocking of striped bass ended at the beginning of this century. Both actions contributed to record low production of striped bass over the past decade. 1 The Bay-Delta population of striped bass is now greatly depressed. The river population is sustained by the continuing policy of releasing hatchery salmon smolts in the spring at the hatcheries, an unnatural process that simply feeds the river stripers.2

The real problem is spring water management in the Sacramento and San Joaquin rivers that brings unnaturally low flows and warm, clear water that favors the predators. All the salmon runs naturally have juveniles migrating to the Bay in high cold flows from late fall to early spring when predators are inactive and ineffective. But with dams holding the water from winter rains and snows, the rivers lack natural winter flows and spring snowmelt.

The native pikeminnow also benefit from the habitat changes in the rivers and Delta, as well as the abundance of spring hatchery smolts. Huge schools migrate from the Delta into the rivers in spring and summer to spawn. The tailwaters downstream of dams favor pikeminnow. The adults feed on young salmonids and the juveniles compete with juvenile salmonids. Juvenile pikeminnow that return to the Delta feed on smelt.

It is these habitat changes that have resulted in more effective predation on native salmon, steelhead, and smelts. Ignoring the cause won’t solve the problem. Focusing on the predators will not work. The basses and native pikeminnow have prolific reproductive systems. Killing more of them by removing regulations on their harvest or even putting bounties on them (like pikeminnow on the Columbia River) will not solve the root problem – habitat change. And without the predators, what would be left to control all the non-native forage and “trash-fish” that already plague the Delta and rivers?

In the future, if we continue to take more of the river flows and further degrade habitats, there will always be the temptation and the drumbeat to directly remove predators or inhibit their migrations. We can stop salvaging millions of these predators every year at the South Delta export facilities, stop returning all the bass caught in fishing tournaments, and truck all the remaining salmon produced only in hatcheries to the Bay. In the end we will still have abundant predators, an “Arkansas-like lake,” hatchery salmon, and at best novelty populations of endangered wild salmon, steelhead, sturgeon, smelts, complemented by likely newly listed species of native fishes like splittail, blackfish, hitch, etc. 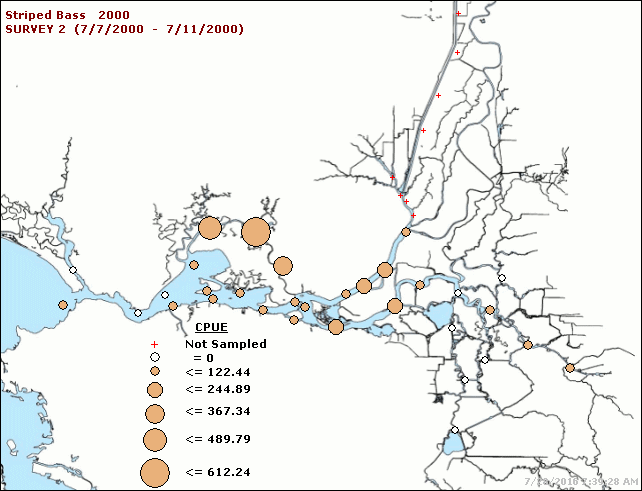 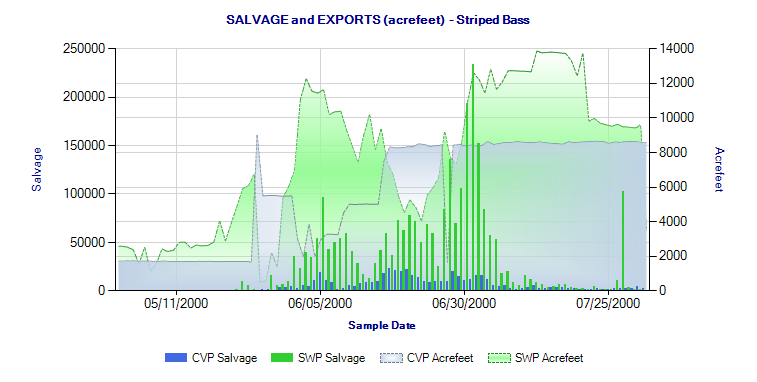 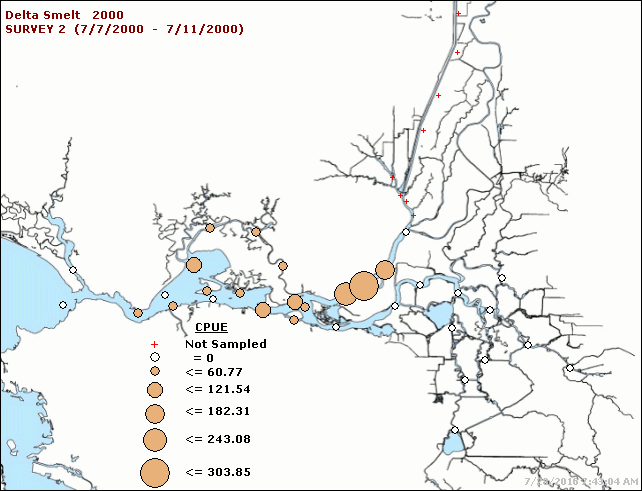 Over the past month I related water issues involving Delta and longfin smelt, striped bass, green and white sturgeon, and winter-run and spring-run salmon. All of these species need river flow and cooler water over the next several months. Shasta releases to the upper Sacramento River need to be cold, stable, and sufficient to sustain winter-run salmon eggs in the river near Redding and to sustain moderate flows and cooler water temperatures for 200 miles of river to protect sturgeon and other lifestages of salmon. Sufficient flows needs to pass through the Delta to keep the low salinity zone downstream of the Delta in the cool waters of eastern Suisun Bay, away from Delta exports.

Shasta releases are now 8000 cfs, with Bend Bridge water temperature near the Red Bluff target of 56°F. In June and July of drought years 2012 and 2013, releases were 11,000-14,000 cfs. However, concern over carryover storage and sustaining cold-water releases through summer has led to a more conservative management strategy in 2016. The cold-water pool in Shasta Reservoir is being rationed to make it through the summer. Flows will rise over the next six weeks to 9,000 or 10,000 cfs to satisfy irrigation demands in the upper river.

Delta outflows need to be sustained near 10,000 cfs to keep the low salinity zone and X2 (2 ppt salinity) near Collinsville in eastern Suisun Bay. However, July outflow to the Bay required by water quality standards will be only about 8000 cfs. To help save the last of the two smelt species, 10,000 cfs would be far better.

A reasonable solution is apparent: raise Shasta releases through most of the summer by 2000 cfs to 10,000-12,000 cfs and require that the extra release be passed down the river to and through the Delta. While such a management strategy would benefit the fish, it would decrease Shasta storage by 120,000 acre-ft of water per month. At present, Shasta is 90% full at 4.1 million acre-feet (the cold-water pool volume is about 2.4 maf). At 12,000 cfs, the total Shasta release would rise to 600,000 acre-feet per month, which is about the current total release from Oroville (Feather River) and Folsom (American River) reservoirs. NMFS and USBR have determined that a 10,000 cfs Shasta cold-water release can be sustained through the summer, while a 12,000 cfs release could be problematic. Protests would no doubt come from water users who would want the extra 2000 cfs. But note that of the 20,000 cfs being released today from the three main Sacramento Valley reservoirs, only 8000 cfs is reaching the Bay.1

This solution of raising total reservoir releases to 22,000-24,000 and Bay outflow to 10,000 cfs is reasonable to help the fish after four years of drought. In 2014-2015, water quality standards were drastically reduced, with catastrophic effects to fish. The continuing legacy of these catastrophic effects creates the urgency to do better in 2016.

If higher releases from Shasta become problematic for whatever reason, then some compromise should be achievable, noting that water deliveries of Shasta water are to be provided only after the needs of the fish are first considered, including conservation of Shasta’s cold-water pool through the summer and early fall (Water Rights Orders 90-05 and 92-02). Further, Central Valley water rights are provided via the Trinity River trans-basin diversion to Keswick Reservoir on the Sacramento River below Shasta Dam, but the Trinity supply is much in doubt because Trinity storage has failed to recover after the drought, unlike Shasta storage. A lack of Trinity supply this summer will further limit water available for irrigation in the Central Valley. Yet another constraint is whether the available storage in Oroville and Folsom reservoirs is able to satisfy Delta demands without compromising the needs of endangered fish in the Feather and American rivers.

Sorting out these conflicts and needs is the responsibility of the State Water Resources Control Board. The Board’s top priority should be the basic needs of the endangered salmon, sturgeon, and smelts of the Central Valley. At minimum, the Board should require the following conditions this summer: