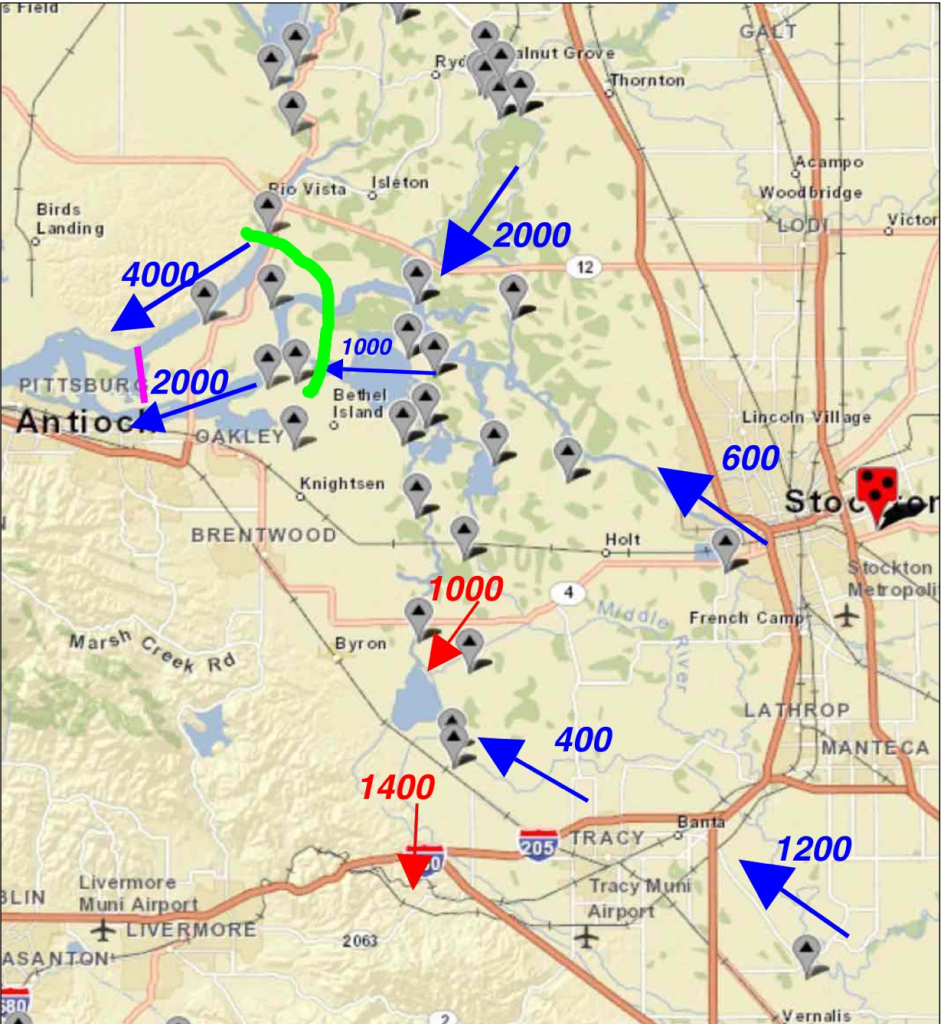 The Delta Cross Channel (DCC) (Figure 1) is closed in spring to minimize the diversion of juvenile salmon from the Sacramento River into the central Delta. However, opening the DCC in May and June will help reduce the detrimental effects of drought on Delta Smelt and Delta water quality.

Yes, the late spring migrations of young wild salmon and steelhead, as well as larval Striped Bass and sturgeon from their spring spawns will enter the Central Delta via the DCC, but fewer will enter via Threemile and Georgiana sloughs. Those that do enter the central Delta will benefit from higher net positive downstream flows in the lower San Joaquin River channel to the Bay. Opening the gates only in daytime may provide many of the above benefits while minimizing impacts (Perry et. Al. 2013, 2015). 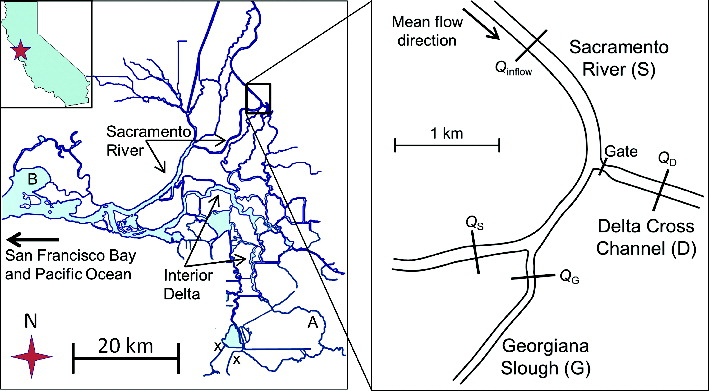 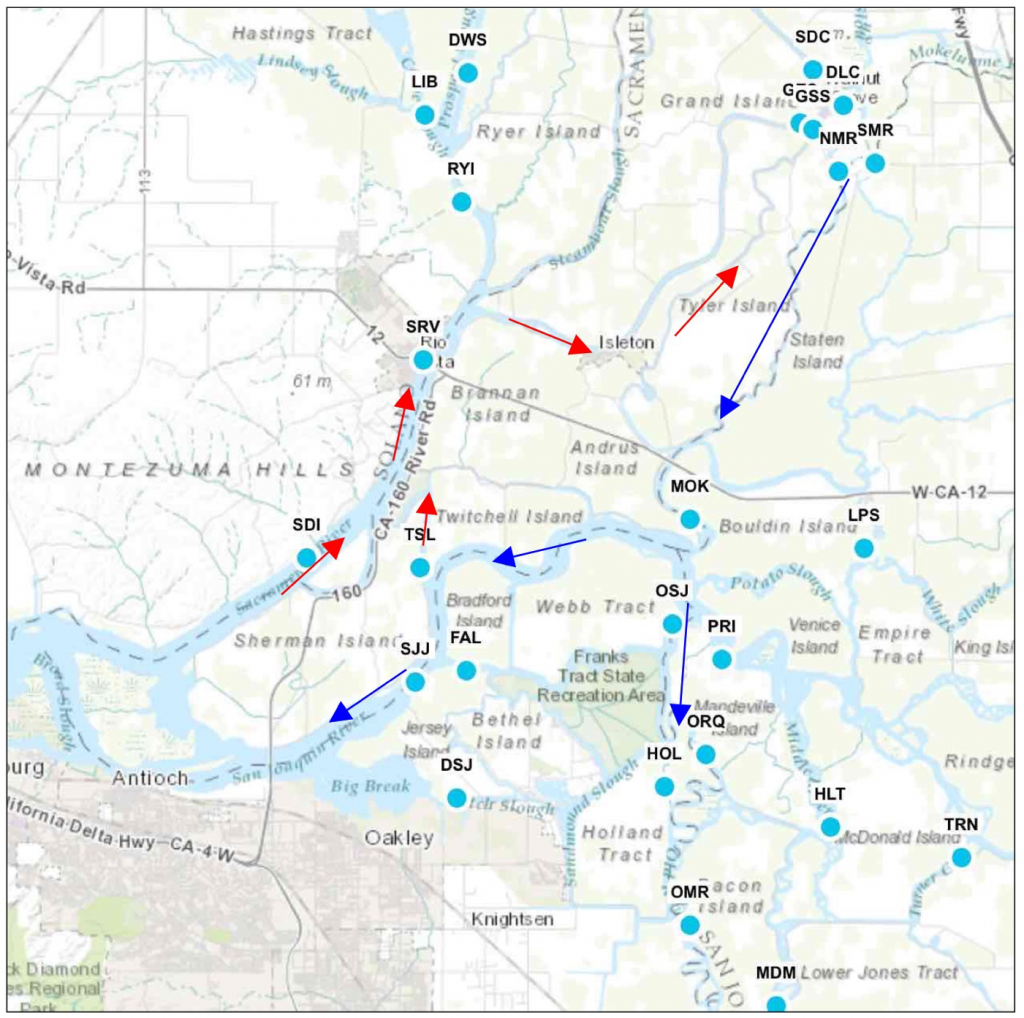