The American River is one of the larger tributaries of the Sacramento River (Figure 1). Its watershed runs from the central Sierra Nevada range, from which it runs through the city of Sacramento to join the Sacramento River. The American River’s lower 20 miles are a tailwater of the Central Valley Project’s Folsom Dam. This tailwater supports a major run of fall-run Chinook salmon that produces 15-20% of the total Central Valley fall-run Chinook salmon population.

American river run size (adult escapement) has ranged from 6,000 in 2008 to 178,000 in 2003 (Figure 2). The CVPIA long-term average goal for the American River fall-run is a contribution of 160,000 adult fish to the overall goal of 750,000 for the Central Valley. Many of the American River spawners are from the American’s Nimbus hatchery, or are strays from other Valley hatcheries. However, a large part of the run spawns naturally in the upper ten miles of the lower American River below Nimbus dam within Sacramento County’s urban parkway. The hatched fry of natural spawners rear by the millions in the lower river and in the Delta. Each spring, about 5 million Nimbus hatchery smolts are trucked to the Delta or Bay and released.

The American River fall run is often considered a hatchery run, with the 20 miles of river described as a mere conduit to the hatchery. The hatchery smolts are nearly always trucked to the Bay or lower Delta because of the high potential risk from water diversions or predation in the river or the upper Delta. Trucked and Bay pen-acclimated hatchery smolts generally have a relatively high survival-contribution rate and low straying rate compared to other Central Valley hatchery tagged fish.1

Brown 2006 reviewed the status of the American River population during its peak 2000-2005 runs. He attributed the strong runs to a variety of improvements at the hatchery:

Others offered additional reasons for the improvement in the fall Chinook runs in the Central Valley, including the following:

Subsequent to the good runs from 2000-2005, runs declined sharply to record lows during the 2007-2009 drought (see Figure 2). The general decline across the Central Valley was attributed mostly to poor ocean conditions.2 This seems reasonable since 2006 was a wet year with good river-Delta rearing conditions that should have produced a strong 2008 run rather than a record low run. The decline is also related to high late summer and early fall water temperatures in the lower American River that led to poor adult and egg survival (Figure 3). Such conditions occurred in the drier period of 2001-2005. I describe this specific problem in detail in a prior post.

Year 2008 recruits stand out in Figure 4 as the lowest recruit year despite a wet rearing year in 2006. There are at least several possible contributing factors for this particular outlier: 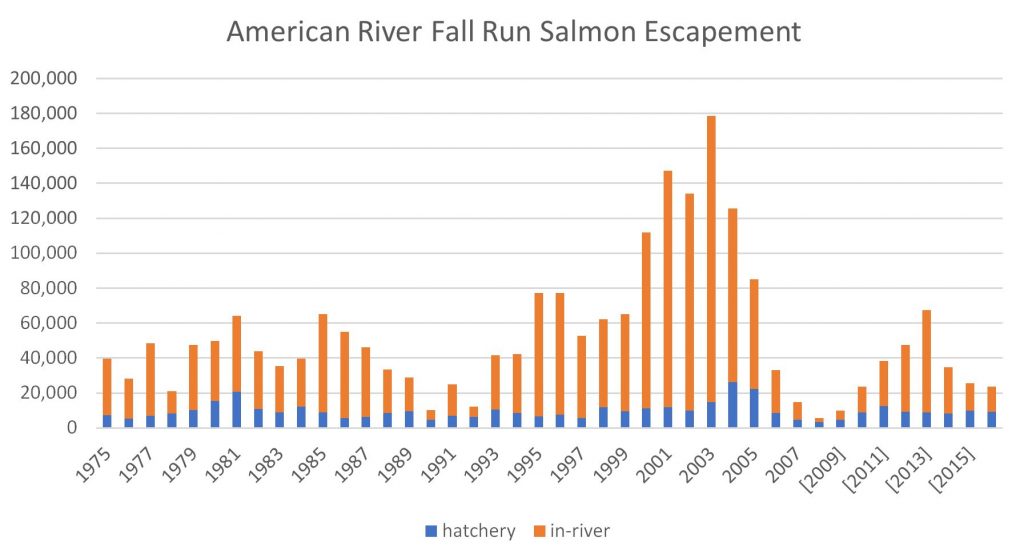 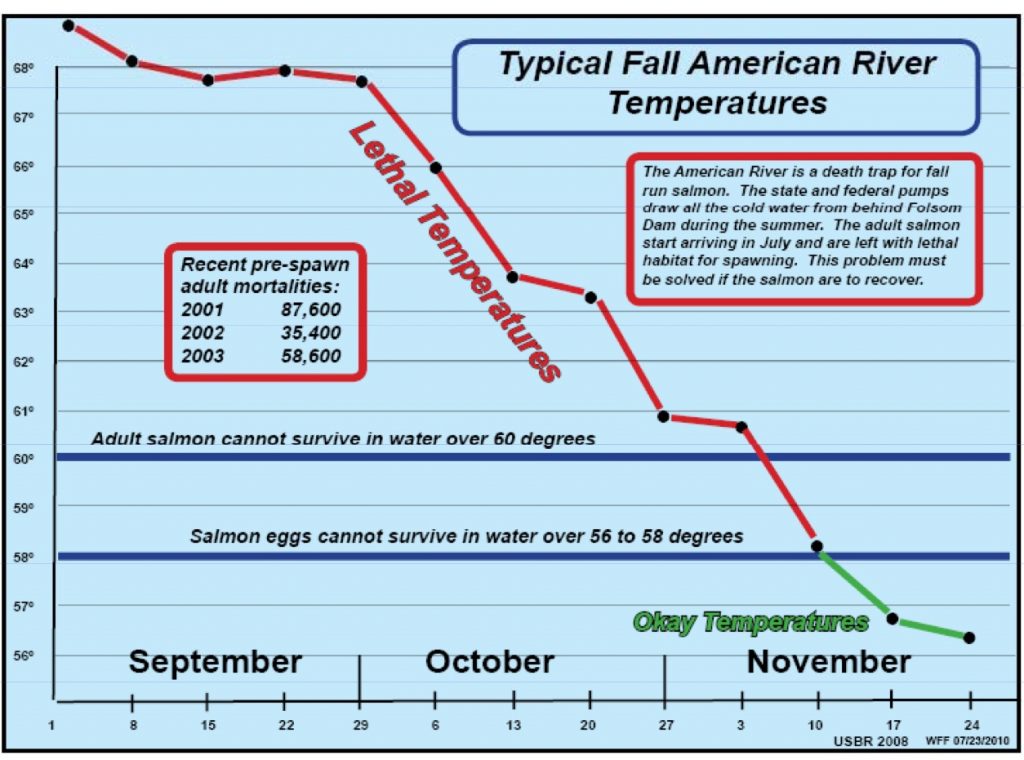 Figure 3. “The American River is a death trap for fall run salmon” because of high water temperatures. Source: http://water4fish.org/res/pdf/salmon_status_and_needs_2011.pdf 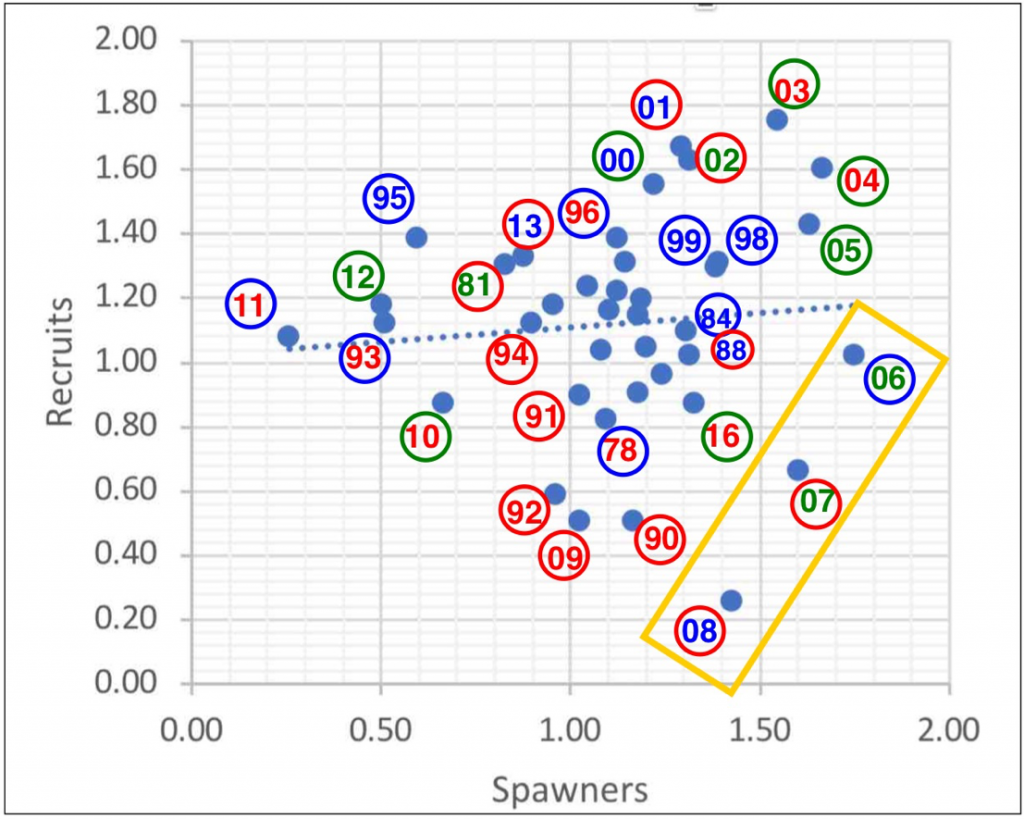