The likely culprit in the decline in Yuba escapement is the continuing persistent decline of wild spawners and increase in hatchery strays (greater than 90% of the run), leading to the erosion of the locally adapted Yuba River salmon population. This was the diagnosis for the overall Feather River population by Willmes et al., 2018. 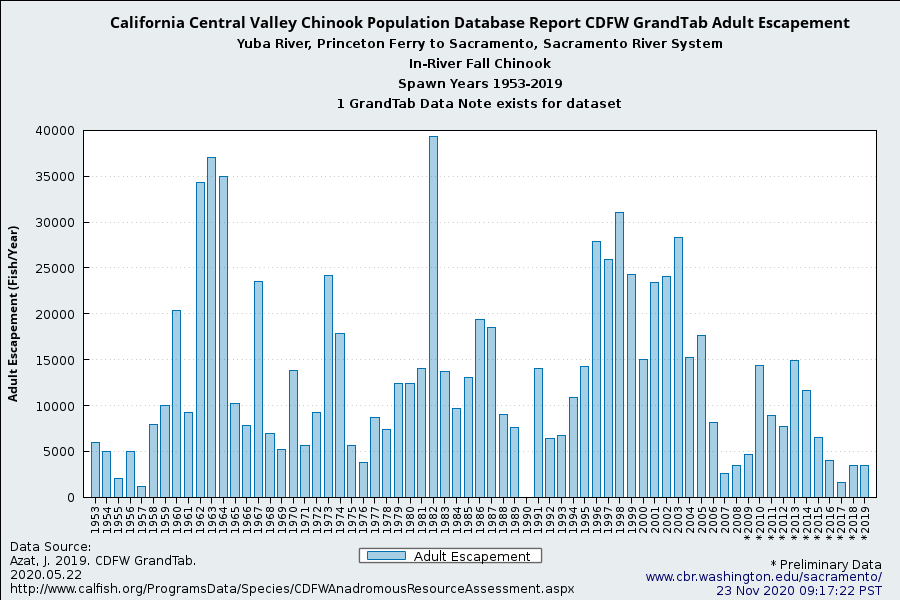 A further look at the composition of the hatchery strays in the Yuba escapement surveys provides added clues about the cause of the recent decline in overall escapement to the Yuba River. In 2016 (Figure 2), nearly half the tag returns were strays from the Battle Creek hatchery, while the other half were a combination of spring-run and fall-run strays from the Feather River hatchery, along with a smattering of strays from the hatcheries on the American and Mokelumne rivers. In 2017 (Figure 3), Yuba tag returns featured an even greater proportion of strays from Battle Creek, the American, and the Mokelumne. In 2018 (Figure 4), about half of the tag returns were from the Mokelumne River hatchery, and a third were of Feather River spring-run hatchery origin.

In conclusion, the escapement of fall-run salmon to the Yuba River has declined over the past five years, approaching record-low levels. Spawners are now predominately hatchery strays from smolts released in the Bay and along the coast. Natural “wild” Yuba River smolt production is virtually nonexistent. This is a crying shame for what is widely regarded as one of the best non-hatchery salmon rivers in the Central Valley. I have spent many days on the Yuba River over the past two decades. I observed the big runs at the turn of the century and in 2013 and 2014. The river’s pools turned purple with adult salmon. Dead and dying salmon filled the backwaters, feeding eagles and buzzards. The odor was prevalent. Spawning salmon and redds were everywhere. Such occurrences are now rare. Our Yuba River needs so many fixes, a subject for another post. 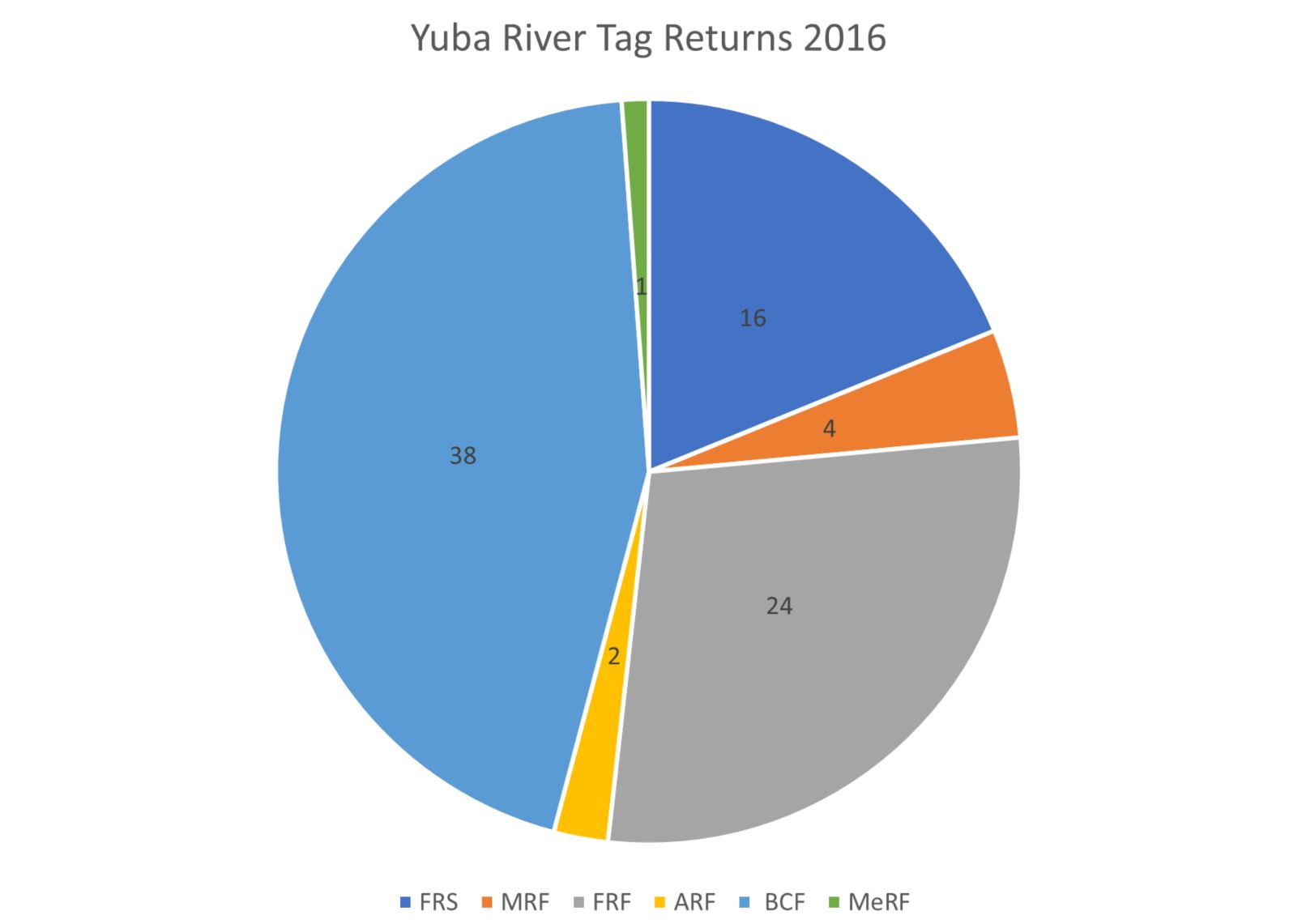 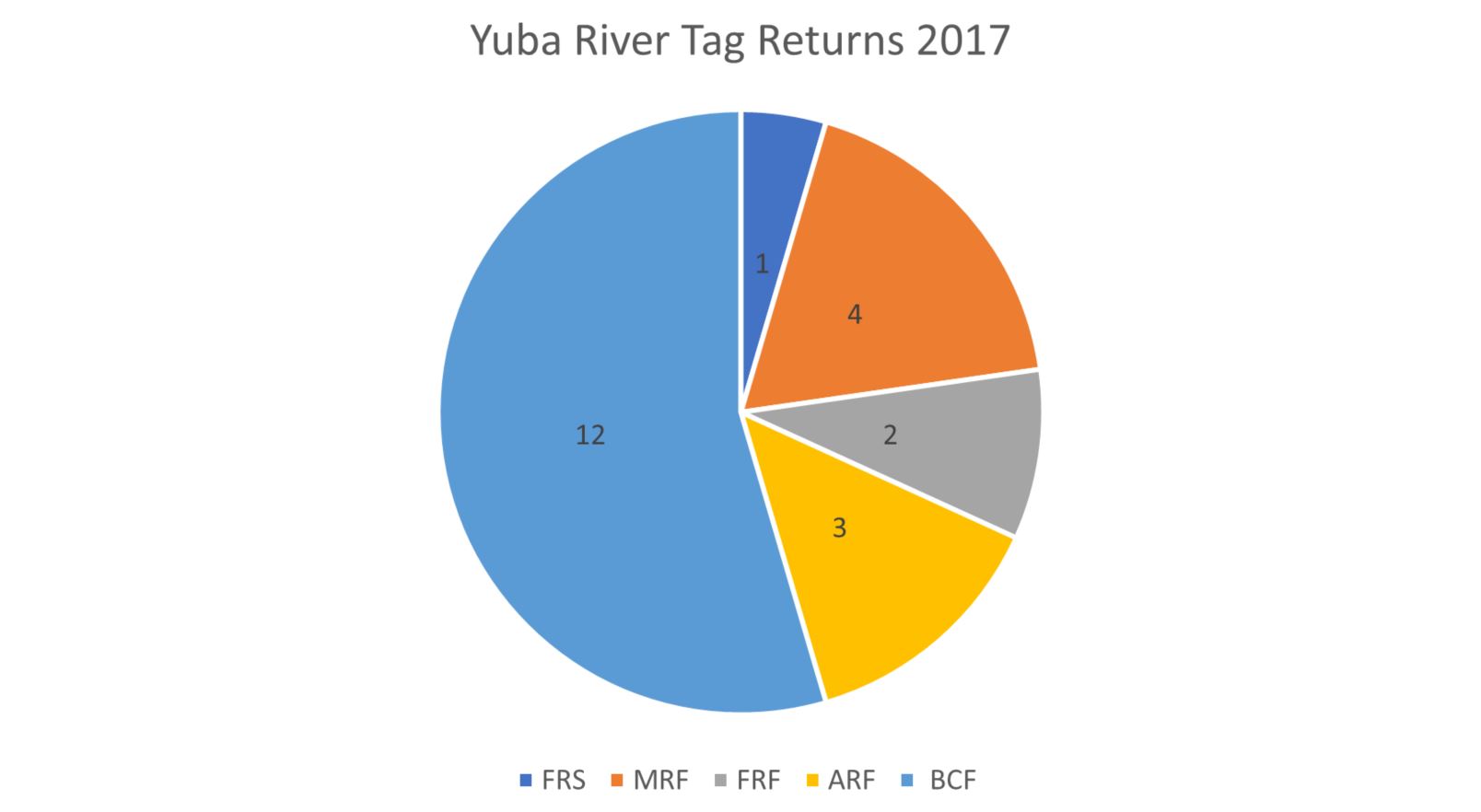 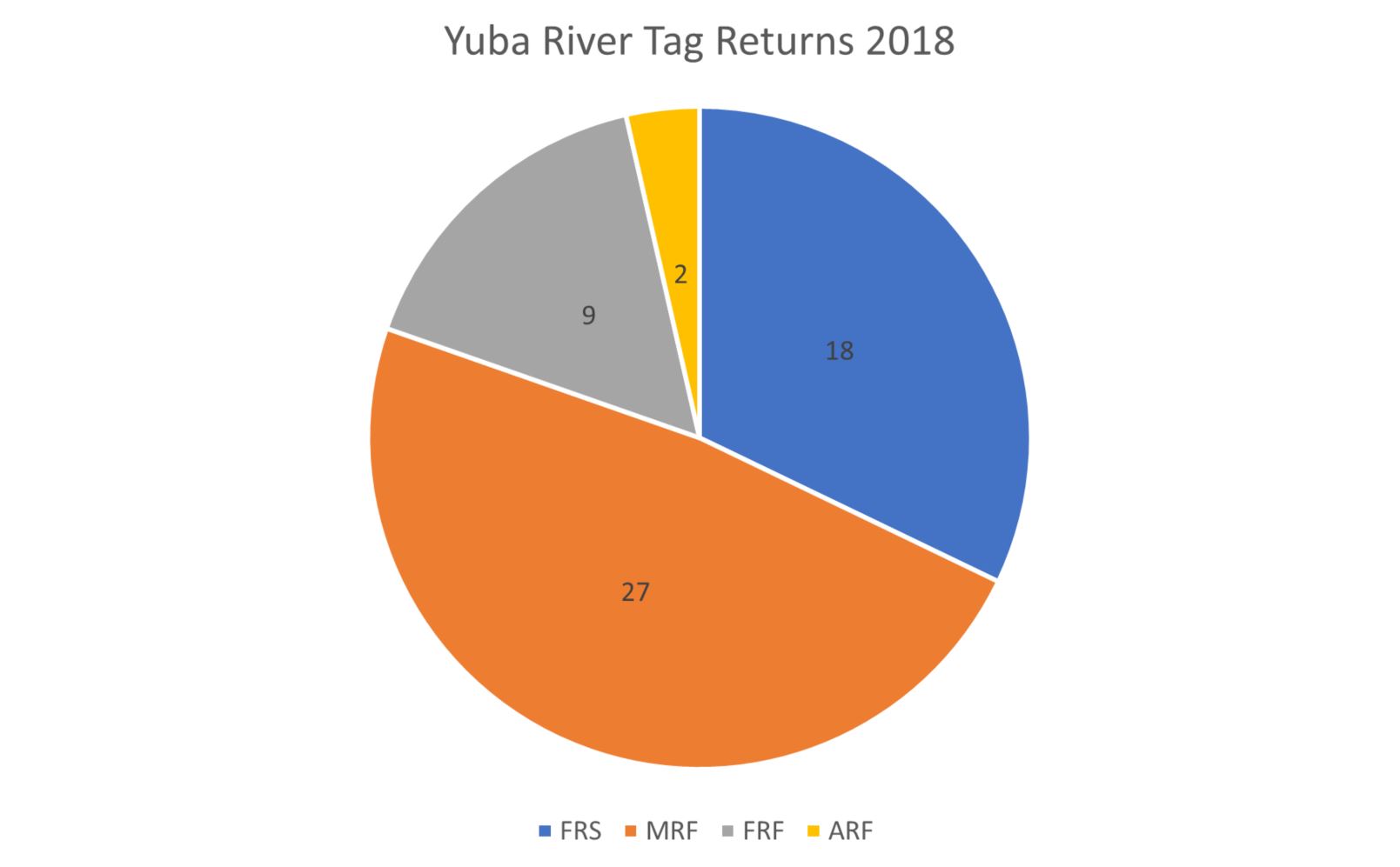