On July 12, the State came out with its plan to save smelt by reducing Delta exports and increasing Delta freshwater outflow. The next day, exports were increased 1000 cfs (from 8000 to 9000 cfs) and outflow was reduced 1000 cfs to 3000 cfs as measured by USGS. But on July 17, the State finally came through. The State dropped State Water Project (SWP) exports from 7000 to 4000, and the feds dropped Central Valley Project (CVP) exports from 1,600 to 800. Then on July 19, combined exports dropped another 3000 cfs, to less than 2000 cfs. Delta outflow is now nearly 14,000 cfs, the level it was in late July 2011, the last wet year. Though the change may have come too late, we will see come fall any response in the indices for longfin smelt and Delta smelt.

The flow response showed up immediately in flow gages in Old and Middle Rivers, where flows of minus 11,000 dropped to minus 5,000 cfs (Figure 1). The response in salinity levels will take a few days, but it’s already showing up in the western Delta at False River (Figure 2) and Jersey Point (Figure 3). Even in the smaller confines in False River, the effect of the change is hard to perceive over the effect of tides (Figure 4), but it is there. Eventually, the higher freshwater outflow will push the salt westward.

The first measure of progress should appear in surveys 5 and 6 of the Summer Townet Survey. Because there are few smelt left from which to observe a response, a response will be most noticeable in striped bass. We should be able to see a change to a more westward distribution of the Low Salinity Zone and striped bass juveniles (Figure 5). Figure 1. Hourly flow in Old and Middle Rivers combined in the central Delta from July 8 to July 18, 2016. 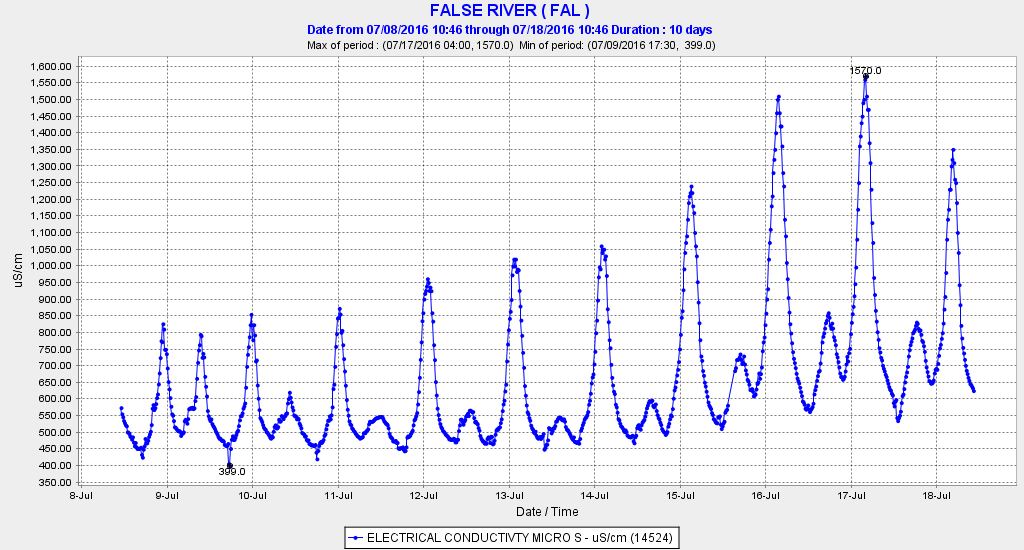 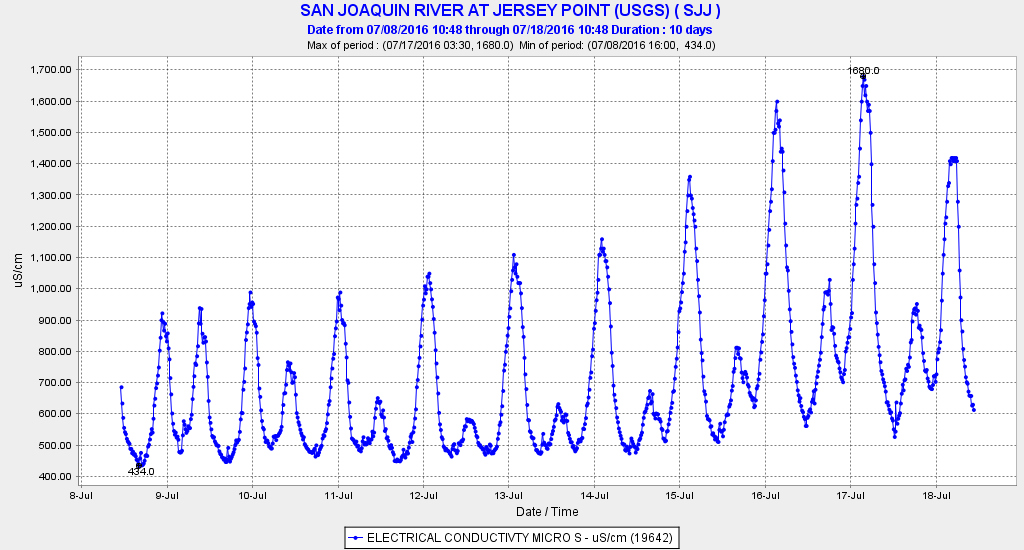 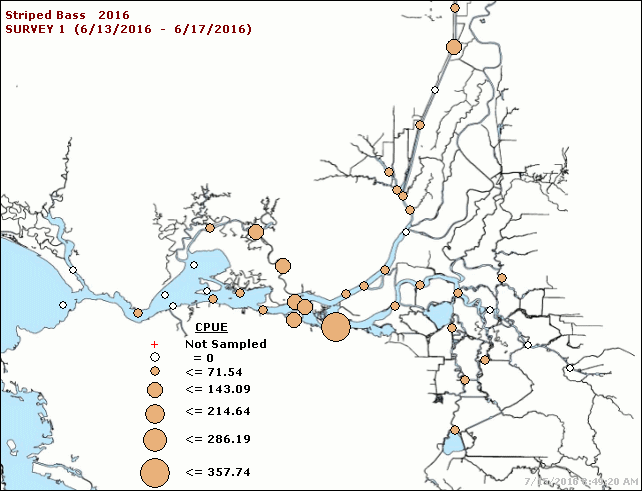