Recent reports1 speak to record low salmon runs in the Sacramento River Valley, including spring-run Chinook in the Feather River. In May, I described the Feather spring-run population dynamics.2 The run is primarily a hatchery run that benefits from trucking to the Bay. The 2017 Feather spring-run stands out as poor in the long term patterns (Figures 1 and 2). A lot happened this past year in the Feather with many ramifications to the spring run. Poor flows and water temperatures in late spring likely contributed to the poor run compared to wet year 2011 (Figures 3 and 4). High water temperatures (>20oC; 68oF) in 2017 likely hindered the late spring component of the adult spring-run migration and subsequent over-summer survival. Poor conditions in drought years 2014 and 2015 during the winter-spring rearing season likely also contributed by reducing survival of hatchery smolts released in 2014 to the river (0.16%3) compared to those trucked to the Bay (0.24%).

Finally, given the poor conditions from 2015 to 2017, and thus expected poor runs in 2018-2020, every effort need be made in these coming years to turn around the downward trend if the Feather spring run is to remain viable. The run remains an essential component of the Central Valley ESA-listed spring-run Chinook salmon ESU (Evolutionary Significant Unit). 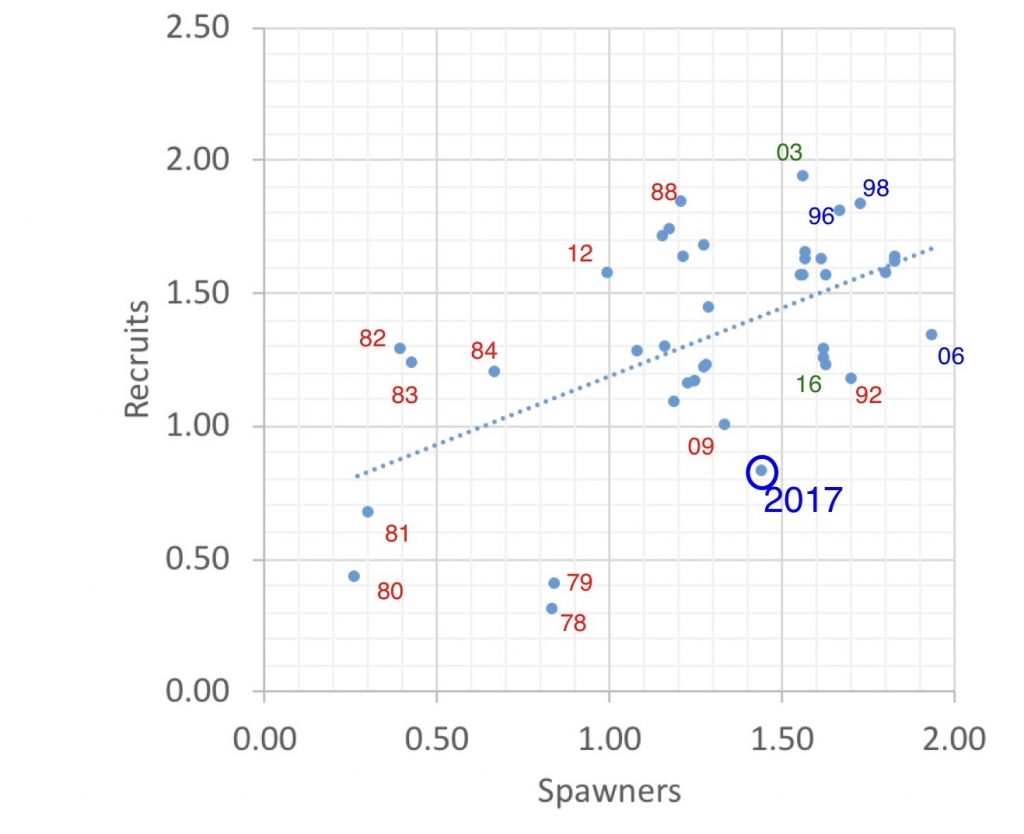