It has been a “Miracle March-April” for water supply and fish in the Central Valley. Over 2 million acre-feet of water was added to Central Valley storage reservoirs. Many major reservoirs reached flood capacity, with large releases and rivers spilling over into flood bypasses. The snowpack doubled to over 50% of average. Water year 2018 cumulative precipitation nearly doubled (remains 10 inches short of average at about 80% of normal).1 Water Year 2018 will likely stack up as “below normal,” not unlike 2010, 2012, or 2016.

Without the added precipitation so far this spring, water conditions would be similar to critically dry 2015. The prognosis for salmon, smelt, and sturgeon would be poor with yet another drought year. The fish have yet to recover from the 2012-2016 drought.

In the next three months, tens of millions of wild and hatchery juvenile salmon and steelhead will be leaving Valley rivers for the Delta, Bay, and ocean. Millions of young smelt and sturgeon will be trying to reach their Bay low salinity nurseries. Adult fall, winter, and spring run salmon and green and white sturgeon will be seeking their upriver spawning grounds. All of these populations are in real trouble and need help after years of stress.

Some of the Miracle March-April water added to Central Valley storage should be set aside for the fish. Fish need higher river flows and Delta outflow through summer than would normally be allocated in a sub-normal water year like this. Lower Sacramento River flows (Figure 1) should be kept near 8000 cfs, not the projected 5000-6000 cfs. San Joaquin River flows should be kept near 1000 cfs (Figure 2). The Delta outflow minimum should be 8000 cfs (Figure 3), not 5000 cfs, by allowing the added river flows to pass through the Delta. The “extra” water would amount to about a quarter of Mother Nature’s gift to the reservoir supply added so far this spring. That would seem more than reasonable and fair. In most cases it means meeting already prescribed flow and water temperature standards for the Central Valley rivers and Delta. These standards have been more than regularly ignored in recent years. So let’s do the fish a favor for once – call it “adaptive management” – and see if it helps. 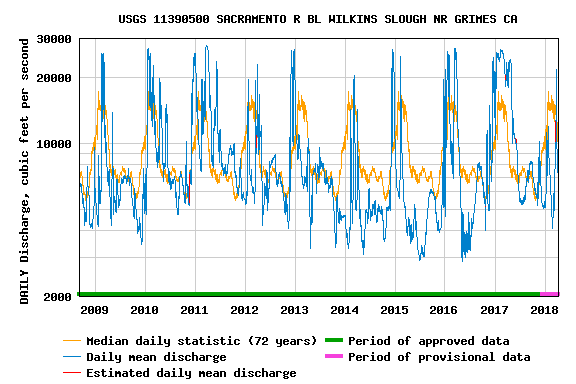 Figure 1. Flow in lower Sacramento River at Wilkins Slough over past decade. 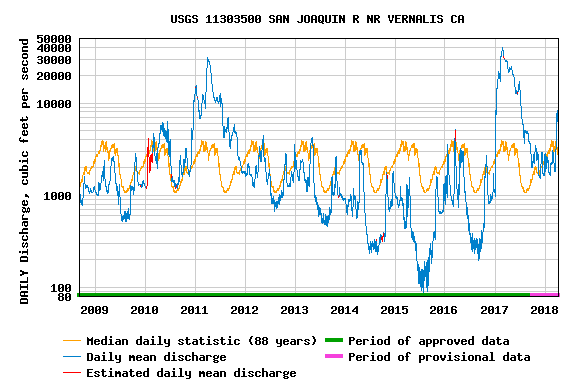 Figure 2. Flow in lower San Joaquin River at Vernalis over past decade. Figure 3. Delta outflow at Pittsburg over past three years.