Flow conditions into and through the Delta are creating an unintended adaptive management experiment this spring. The San Joaquin River is providing half of the 20,000 cfs of Delta inflow. Exports and other water diversions are each taking about 3000 cfs from the Delta, leaving 14,000 cfs for outflow to the Bay. The Delta has been free of salt (Collinsville has been fresh at 200 EC, but salt is now encroaching). These are good conditions for the Delta and the San Joaquin, but horrendous for the Sacramento. Such conditions are highly unusual.

A recent increase in releases from Shasta Reservoir is accommodating agricultural diversion demand in the upper Sacramento River below Shasta (Figure 3), while flows decline in the lower river. The increase in the upper river has stimulated emigration of wild juvenile salmon from the upper river, as shown by increased catch at the Red Bluff screw traps (Figure 4). The problem is that two-thirds of river flow is being diverted for Sacramento Valley agriculture, and river temperature rises 10°F along the way. Sacramento River salmon that reach the Delta, along with other Central Valley wild and hatchery salmon, are subject to south Delta exports (Figures 5 and 6). Though south Delta exports have been reduced, their effect remains significant because of low Sacramento River inflow to the Delta.

As I have suggested in past posts, Shasta Reservoir releases should be increased or water diversions from the upper Sacramento River reduced by several thousand cfs, in order to increase lower river flows and reduce water temperatures to no higher than the state water quality standard of 68°F. If this action is not taken, we will simply be feeding most of the young salmon to the abundant stripers that thrive in warm water conditions between Redding and the Bay (Figure 7). 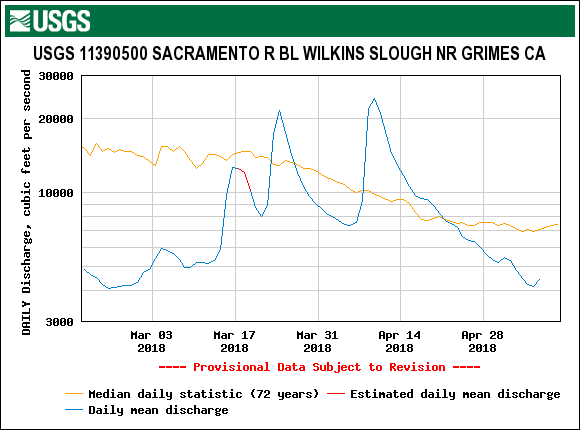 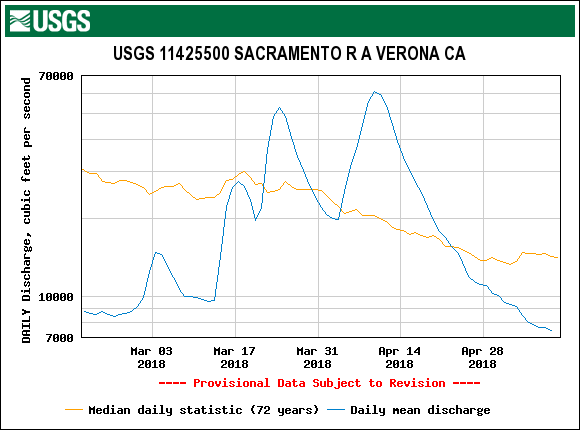