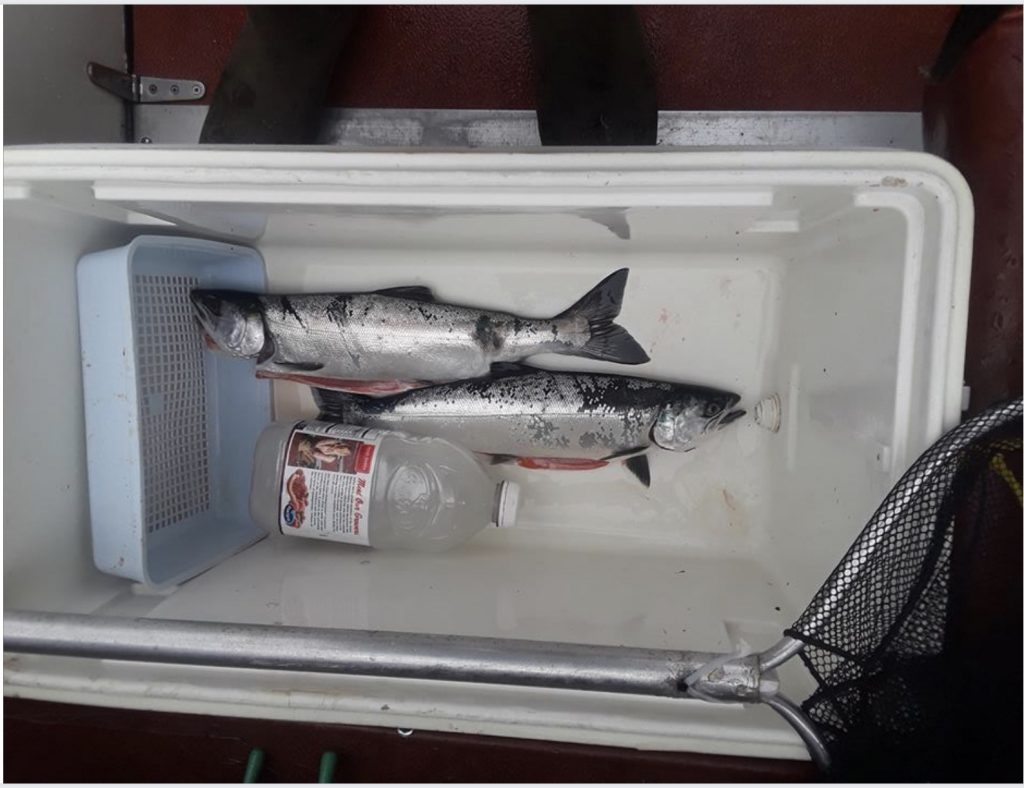 The two sub-adult hatchery coho pictured above were recently caught in Puget Sound near Seattle, in a mark-selective fishery (note adipose fins missing on all hatchery coho as in California) where all wild fish (intact adipose fin) must be released. This Washington state sport fishery is hugely popular.1 These hatchery fish reside in the Puget Sound year-round, unlike their wild counterparts.

Coho are native to the California coast and are listed under the state and federal endangered species acts, as they are in Oregon and Washington states. Coastal coho are supplemented by four hatcheries in California. No coho may be kept in California fisheries. Coho were once planted in California reservoirs and supported popular fisheries.

Coho recovery efforts over the past several decades have had mixed results. Information on coho in California can be found at: https://www.wildlife.ca.gov/Conservation/Fishes/Coho-Salmon . The goal of the 2004 Coho Recovery Strategy to allow fishing has not been met:

So why not establish mark-selective fisheries for coho in coastal bays in California (e.g., Monterey, San Francisco, Tomales, and Humboldt bays)? The same issues and conflicts in California occur in the Puget Sound fishery. Why not help the underfunded California Coho Recovery Program with revenue generated from such a hatchery coho fishery?