It is well known that juvenile winter-run salmon migrate downstream to the Delta from their upper Sacramento River rearing area near Redding/Red Bluff with the first fall-winter flow pulses.1 Protection of this critical migration of winter-run has been recommended in recent Delta proceedings. In the WaterFix petitions process at the State Water Resources Control Board, such protection is referred to as “pulse protection.” So based on the importance of protecting winter-run during this key life-history stage, one would think such protection would have been applied in the fall of our most recent wet year 2017 and below-normal 2018. A quick check of the facts indicates otherwise.

In 2017, the initial pulse of juvenile winter-run salmon passed Red Bluff (rivermile 240) during September and October, prior to any flow pulses (Figure 1). The first major pulses of flow occurred in the latter half of November 2017. A migration spike of winter-run-sized smolts at Knights Landing screw traps (rivermile 90) did occur during the flow pulse (Figures 1 and 2). Instead of protecting these winter run as they were entering the Delta, south Delta exports were increased to take advantage of the available inflow (Figure 3). The increase occurred with the Delta Cross Channel partially open (Figure 4), increasing the risks of migrating salmon to south Delta exports. Other than a four-day pulse, Delta outflow generally declined before and after the flow pulse (Figure 5). Salinity in the lower Sacramento and San Joaquin Delta channel generally increased with the higher exports and lower outflows (Figures 6 and 7).

In 2018, the initial pulse of juvenile winter-run passed Red Bluff in September and October prior to flow pulses (Figure 7). The first major pulse of flow occurred at the end of November. A migration spike of winter-run-sized smolts at Knights Landing screw traps occurred during this flow pulse (Figures 7 and 8). Instead of protecting these juvenile winter run as they were entering the Delta, south Delta exports were increased to take advantage of the available inflow, with nearly two-thirds of the Delta inflow being exported (Figure 9).

The lack of protection is likely a consequence of the young salmon not showing up in salvage (Figure 2). For me, the high risk factors are clear. 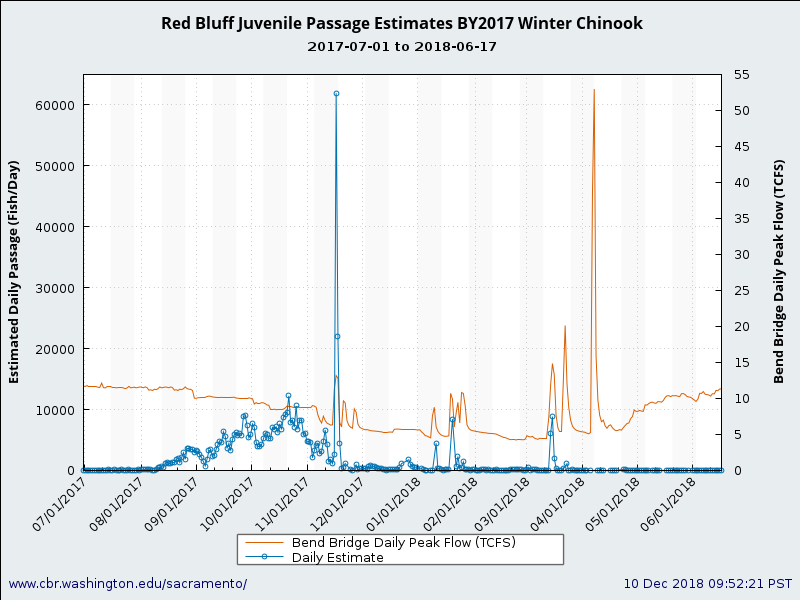 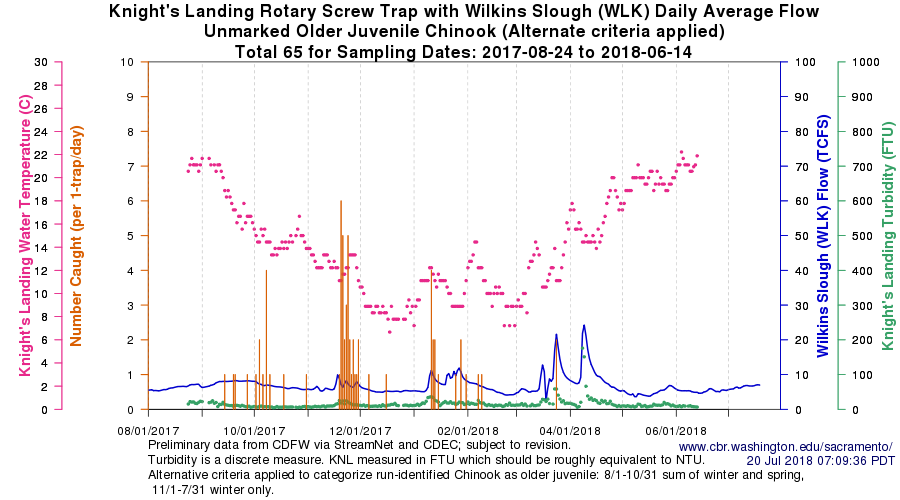 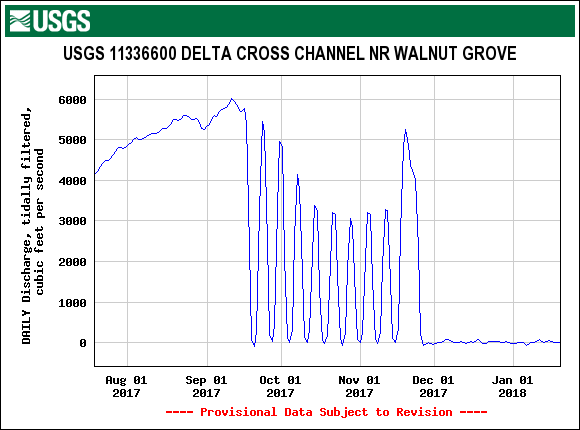 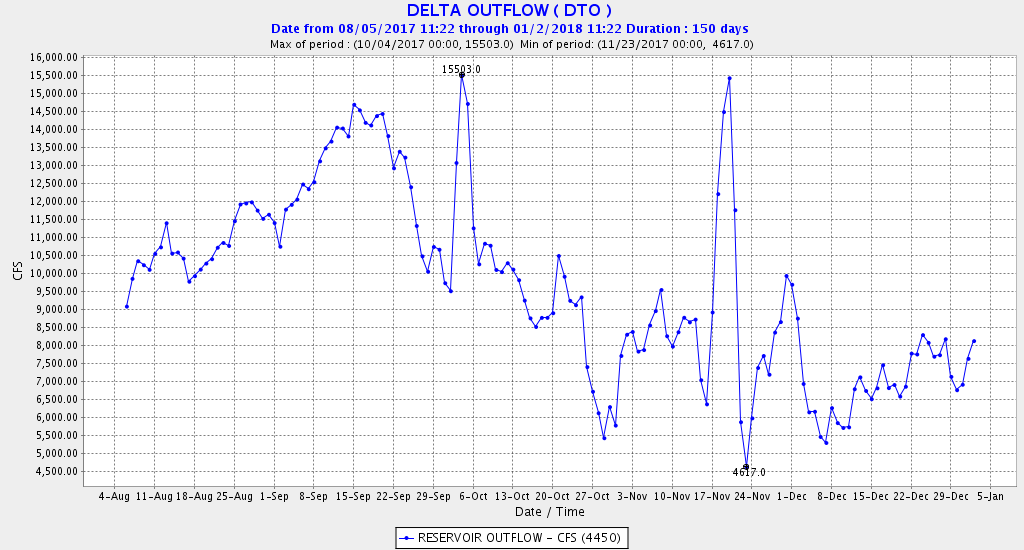 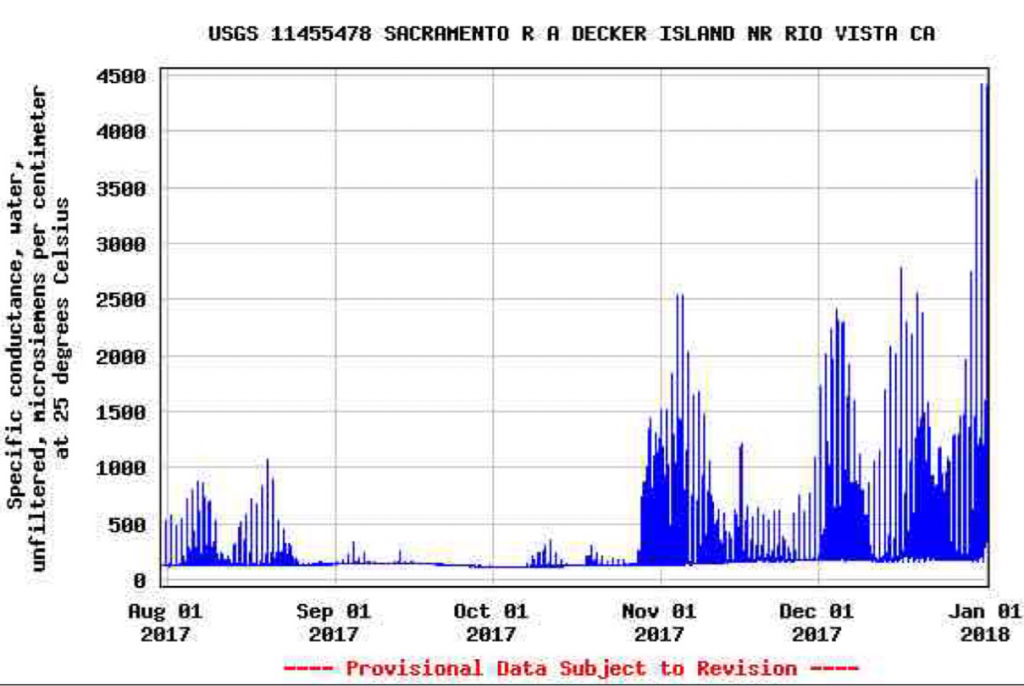 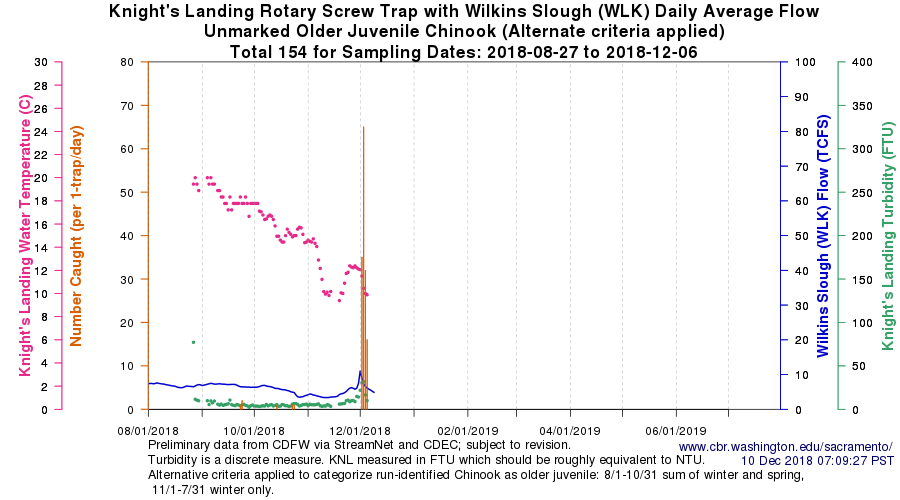 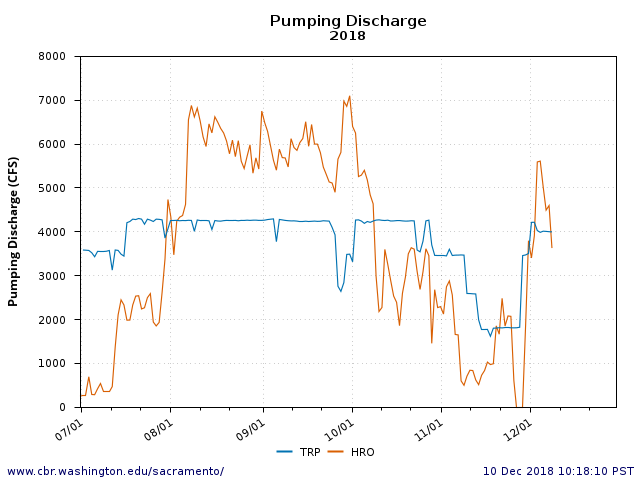 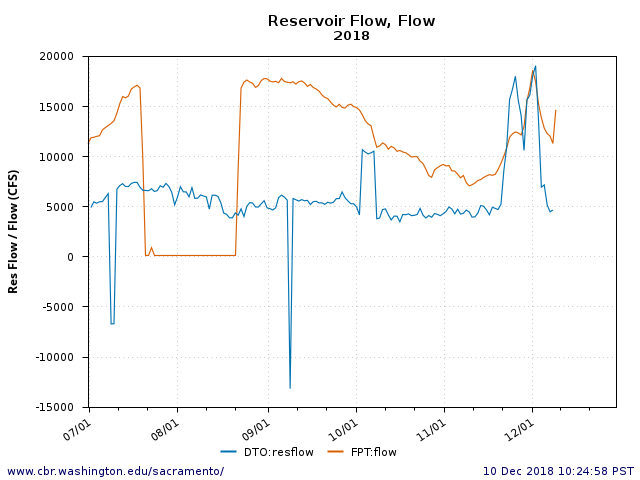