The California Department of Fish and Wildlife announced in May that the salmon season on the Sacramento River would commence below Red Bluff on July 16, with high expectations and expanded limits.

“California’s inland salmon anglers can look forward to a better salmon fishing season than last year. A projected return of 379,600 spawning Sacramento River fall-run Chinook Salmon to Central Valley rivers has allowed fishery managers to return to a two salmon daily limit with four salmon in possession. This is a welcome increase over last year’s regulations, which restricted anglers to one salmon per day and two in possession.”

Yet despite near record water and a full Shasta Reservoir, the federal government is compromising the run with high water temperatures from low reservoir releases and high river diversions that violate state water quality regulations and water right permit requirements.

River flow near Red Bluff is just above 12,000 cfs (Figure 1), about 1000 cfs below average for this time of year.  River flow in the river a hundred miles downstream, upstream of the mouth of the Feather River, is just below 7000 cfs, also slightly below average (Figure 2).  The flow difference between the two locations reflects water deliveries to federal water contractors near 5000 cfs.

The high diversions and low flows result in high water temperatures in the lower river (Figure 3) that will compromise the fishery opener as well as survival and egg production of this fall’s spawning run.  The salmon run is already in a long-term decline (Figure 4) from poor water management and violations of standards and permits conditions.

Why allow the federal government to squeeze out more of California’s precious water and salmon?  Increasing Shasta releases or reducing diversions, or a combination thereof, by about 1000-2000 cfs should protect the migrating salmon and provide a better fishery opener.  With triple-digit weather forecasted for the latter half of July, it is imperative that river flows be increased. 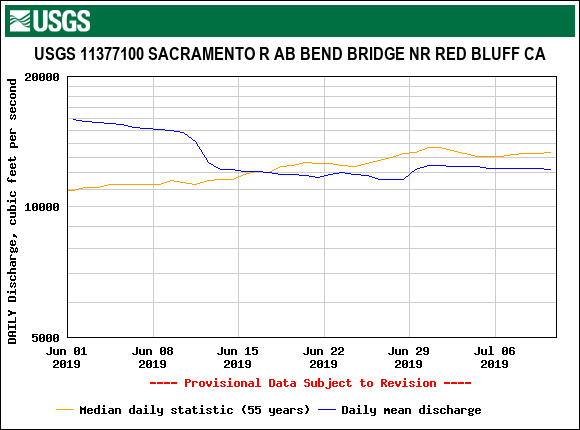 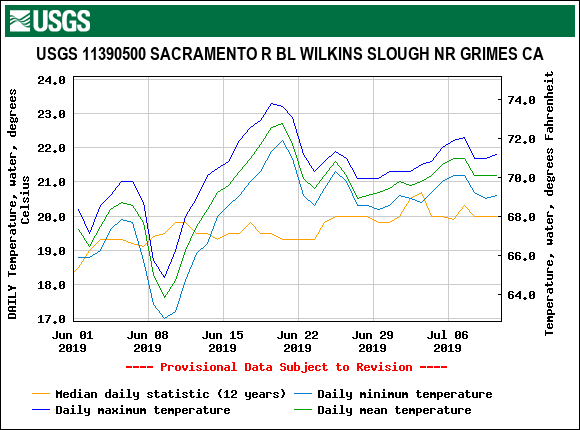 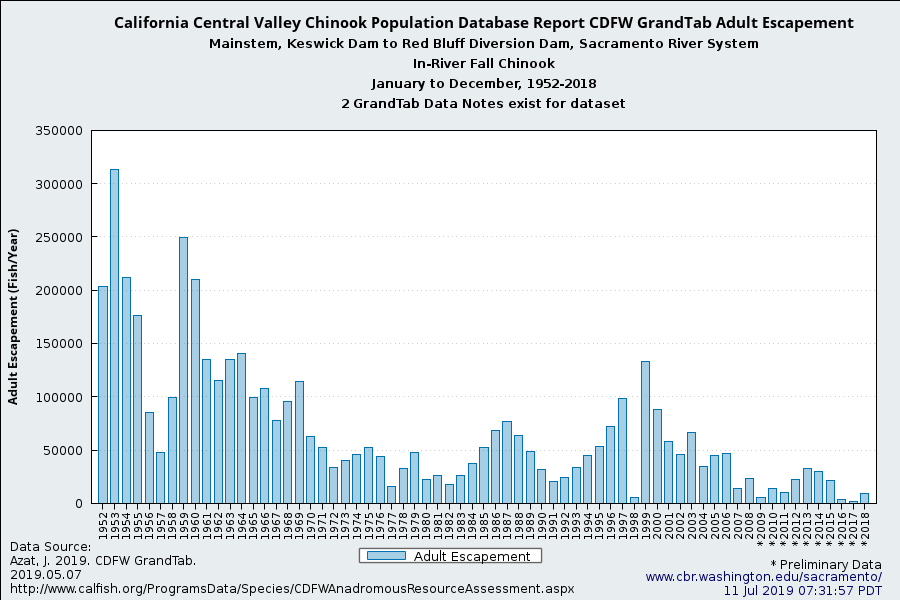