In a recent post, I described the Fall X2 provision in the 2008 Delta Smelt Biological Opinion that protects smelt by requiring a modest Delta outflow from mid-August through October in Above Normal and Wet years.  In the same post, I described how the 2019 Biological Opinion for smelt would move the compliance point for Fall X2 upstream into the Delta, reducing low salinity zone habitat.   In this post, I suggest that the Fall X2 requirement should not only be retained with the old compliance point, but also that the applicable time period should extend through December.

First, if the X2 provision is not extended into December, this is what happens:  (1) Delta outflow drops to zero or even negative, as occurred this past November 2019 (Figure 1); and (2) the low salinity zone moves up into the Delta via the San Joaquin River channel toward the export pumps (Figure 2).

Second, winter-run salmon smolts that pour into the Delta from the Sacramento River in November and December of all but the driest years (Figure 3) will have difficulty surviving and exiting the Delta for the Bay and ocean.

Third, what few Delta smelt that may be surviving will be put at risk of being drawn into the central and south Delta (Figures 4 and 5).

Fourth, longfin smelt will be at risk to being drawn into the Delta (Figures 6 and 7).

In conclusion, there are presently few constraints on water project operations in the Delta in November-December.  Freshwater outflow to the Bay can be zero or even negative, as occurred this past month, November 2019.  The updates to the Bay-Delta Water Quality Control Plan and to state permits that regulate Delta exports should extend Fall X2 through December in order to protect Delta native fishes.  Compliance would entail Delta outflows in the 8000-10,000 cfs range and/or Jersey Point salinity of about 500 EC.

Figure 1. Tidally filtered flow in the Sacramento River channel at Rio Vista and Jersey Point in the San Joaquin channel in November 2019. 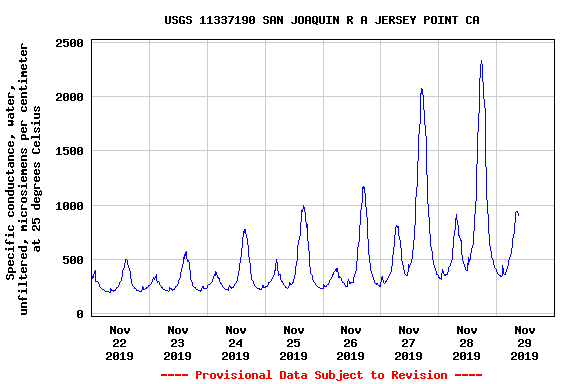 Figure 2. Salinity (EC) at Jersey Point in the San Joaquin channel of the west Delta in November 2019.