What does the May 21 TUCP mean for the Delta if the State Board adopts it for the summer? What would be the consequences of weakening the outdated standards for outflow and salinity do to the Bay-Delta ecosystem? 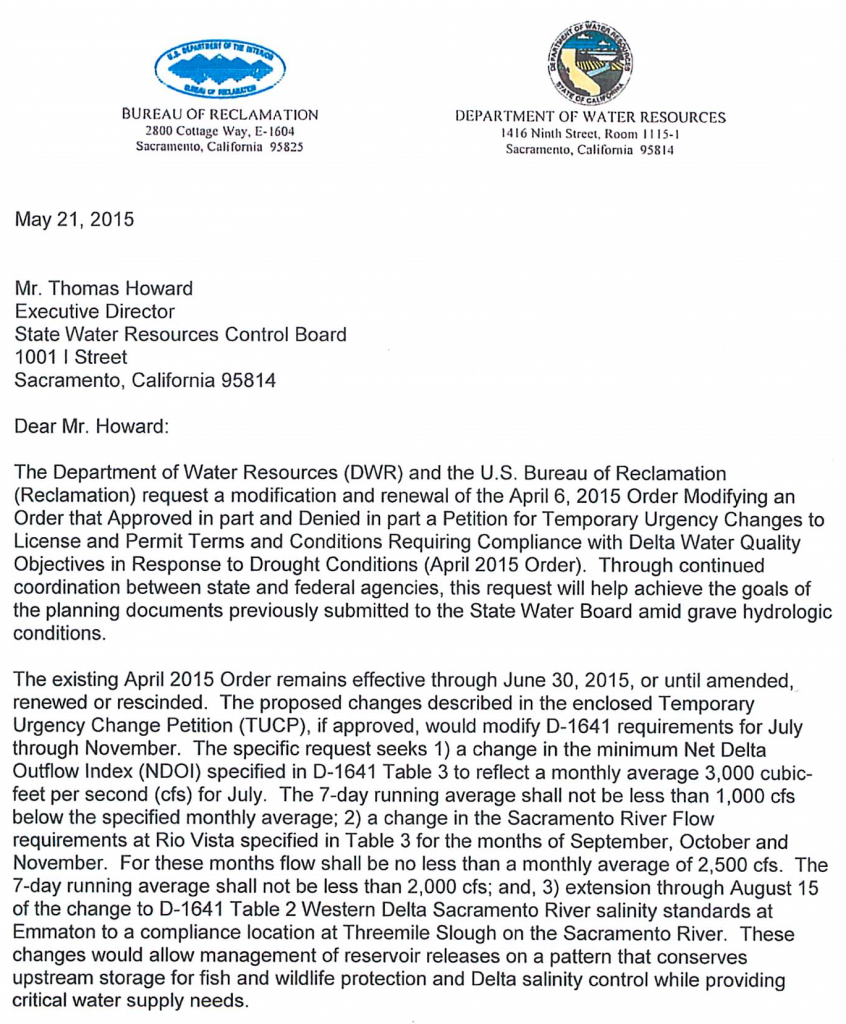 Location of X2 and Delta Outflow

The location of X2, the critical location of the Low Salinity Zone center where salinity is 2 parts per thousand (ppt), is shown below for various Net Delta Outflow Indices (NDOI). The existing standards and proposed changes are as follows: 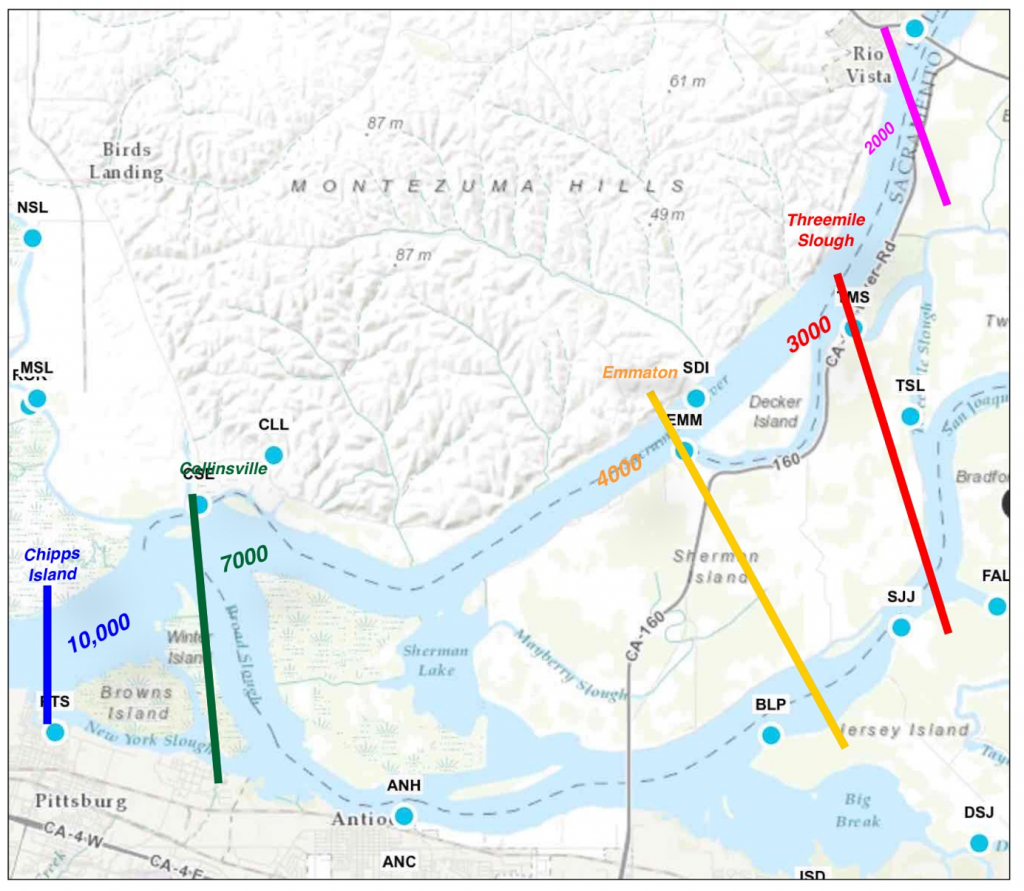 In June weakened standards from a previous TUCP were 4000 cfs NDOI, with X2 allowed at TMS. Water temperature at X2 location by mid-June reached 70-73°F, levels considered sublethal but stressful on Delta Smelt. My prediction for water temperature for July through September in the X2 region is shown below. This conservative prediction is based on June 2015 and June-September 2014 data. 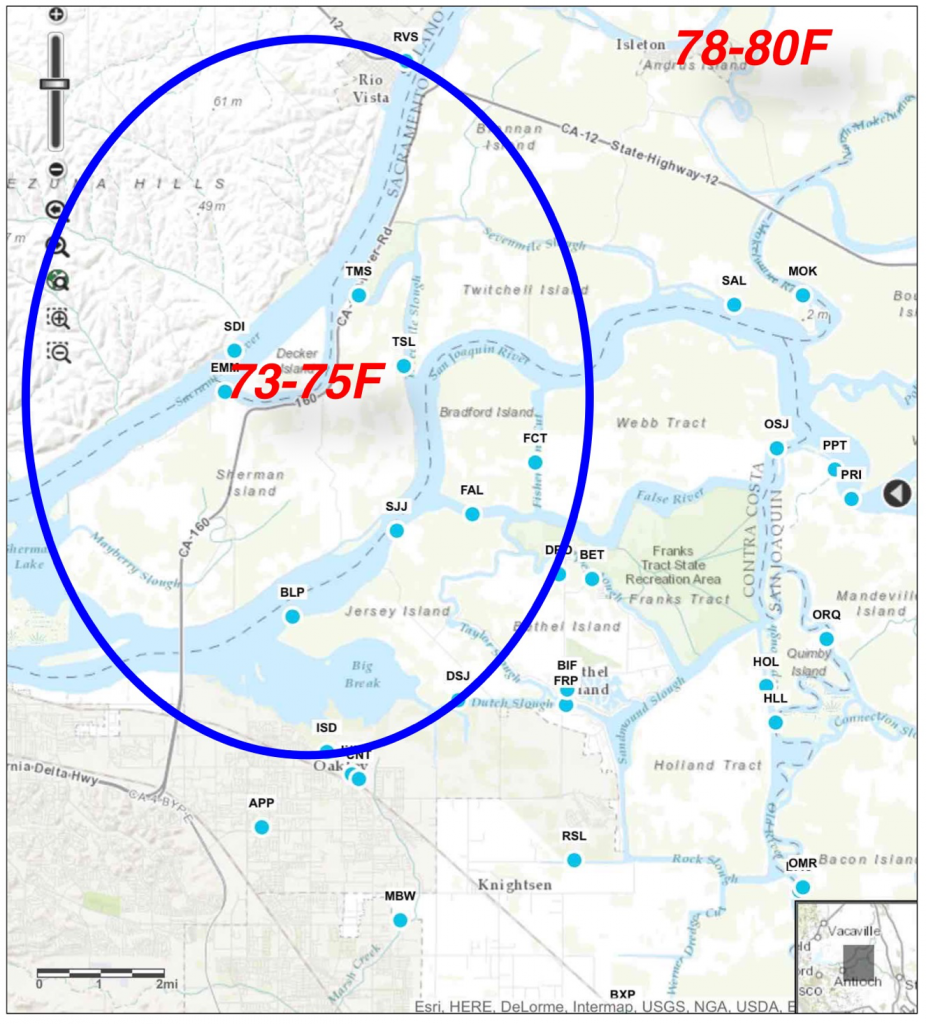 Consequences to Smelt and Salmon

Delta Smelt, already on the brink of extinction, will be further stressed by near lethal water temperatures in the X2 region. We can assume that only a small number of smelt remain in the X2 zone going into summer 2015, as compared to 2012 (see following charts). Any remaining smelt in the X2 zone must be protected at least at the normal standards as in 2012. Any weakening of the critical year standards will jeopardize the existence of the species. 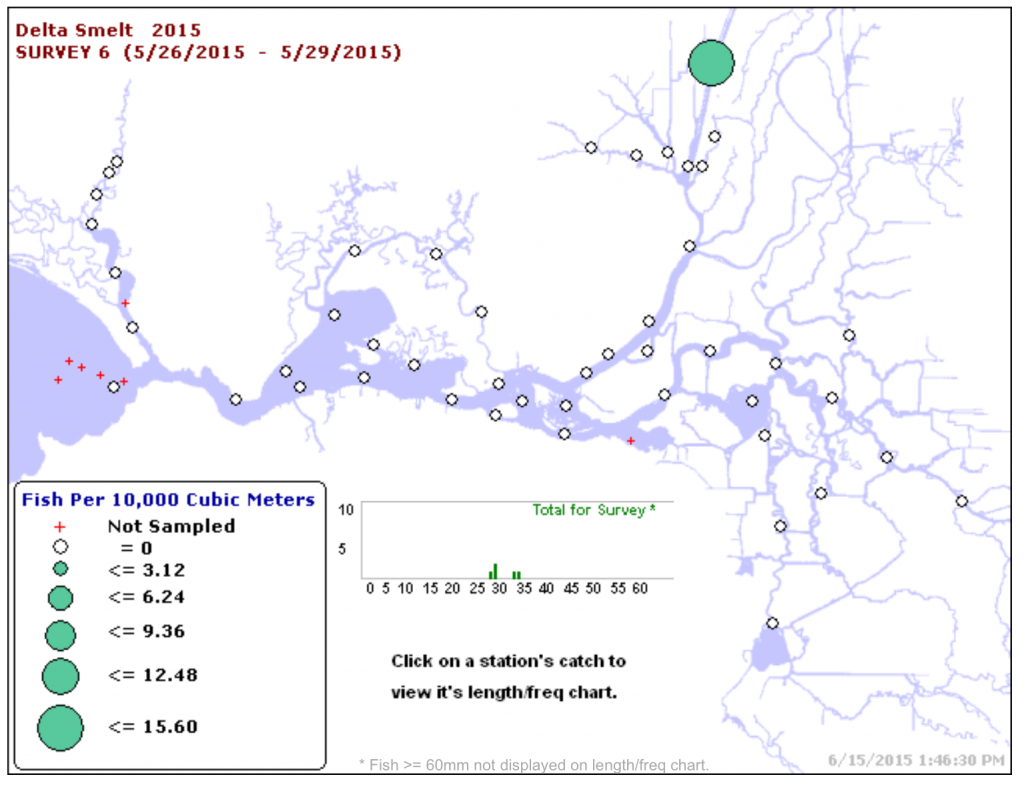 In contrast to 2015, the distribution of Delta Smelt in late spring 2012 shows higher numbers collected in the X2 zone below Emmaton under NDOIs of 8000-10,000 cfs. Water temperatures at that time in the X2 zone were <70°F.