In a February 2019 post, I discussed the importance of winter flows for fall-run salmon in the Central Valley. The peak fry emergence from gravel spawning beds is in winter. Millions of fry move to river margins to await flow pulses to carry them from upper main river and tributary spawning grounds to lower river floodplain, Delta, and Bay nurseries. Without such pulses, the fry stay in the cold rivers competing for limited food and habitat, which leads to poor overall survival and fewer smolts reaching the ocean.

Figure 4 shows the complete lack of such storage releases in 2020, even after a wet water year when storage was well above average. Pulse flows are needed below all the main storage reservoirs: Shasta, Whiskeytown, Oroville, Folsom, Bullards Bar, Camanche, New Melones, etc. Fry movement from these prime tailwater spawning grounds would then take advantage of the natural rainfall in the main rivers moving through the Delta and on to the Bay nurseries.

Neither of the recent National Marine Fisheries Service’s (NMFS) consultations and the associated biological opinion with Reclamation on the Central Valley Project promotes such winter flow pulses.1 NMFS mandates spring pulses to help smolts (juveniles that are larger and older than fry) reach the Bay. Spring pulses are important, but they are not enough. While individual smolts are more likely to reach the Bay than individual fry, fry vastly outnumber smolts and should contribute substantially to the adult salmon populations. Winter flow pulses are needed because they will improve the survival to adulthood of wild salmon fry.

For more on the importance of increasing the survival rate of wild salmon fry in the Central Valley, see a recent paper by Sturrock et al. 2019. 2 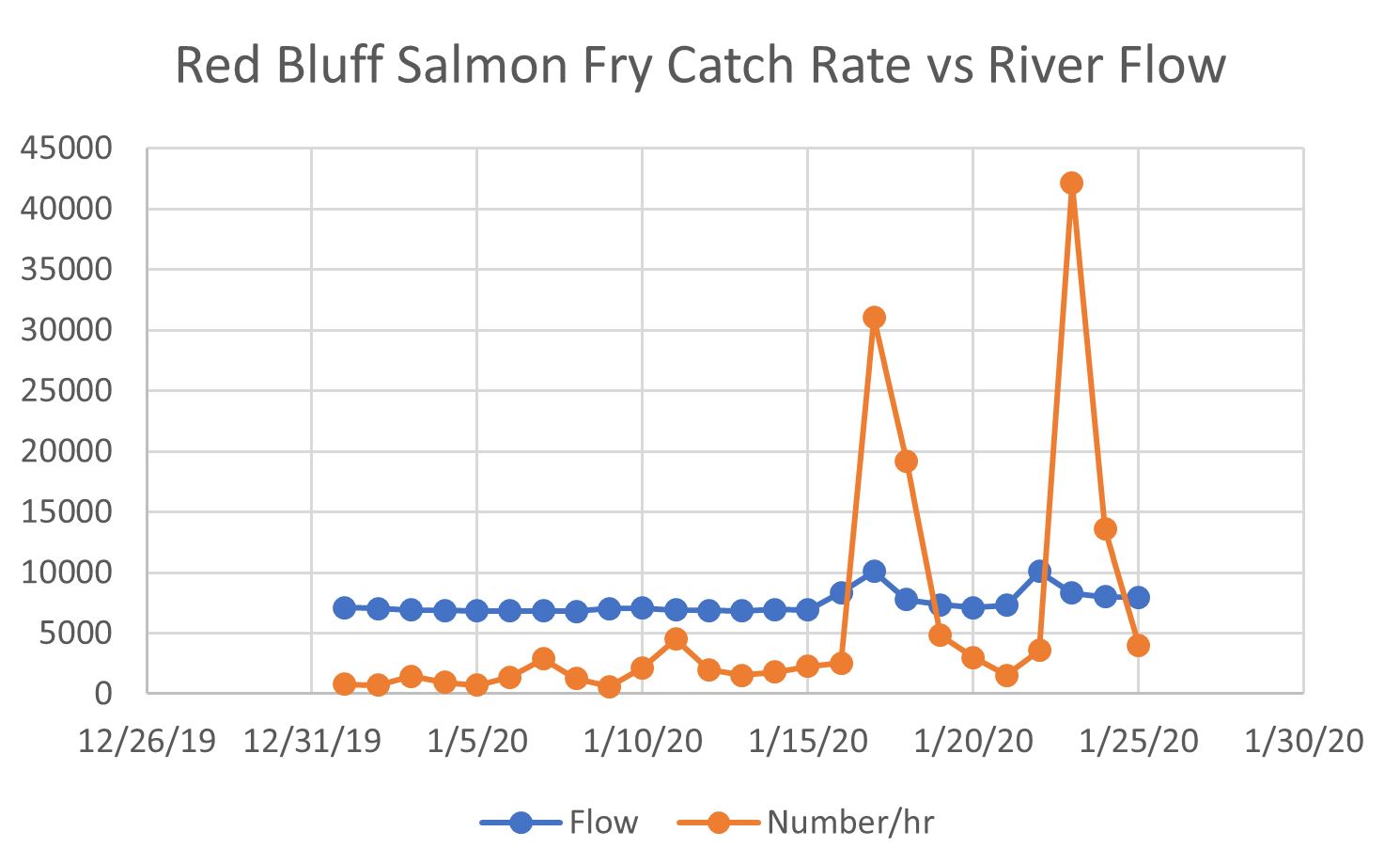 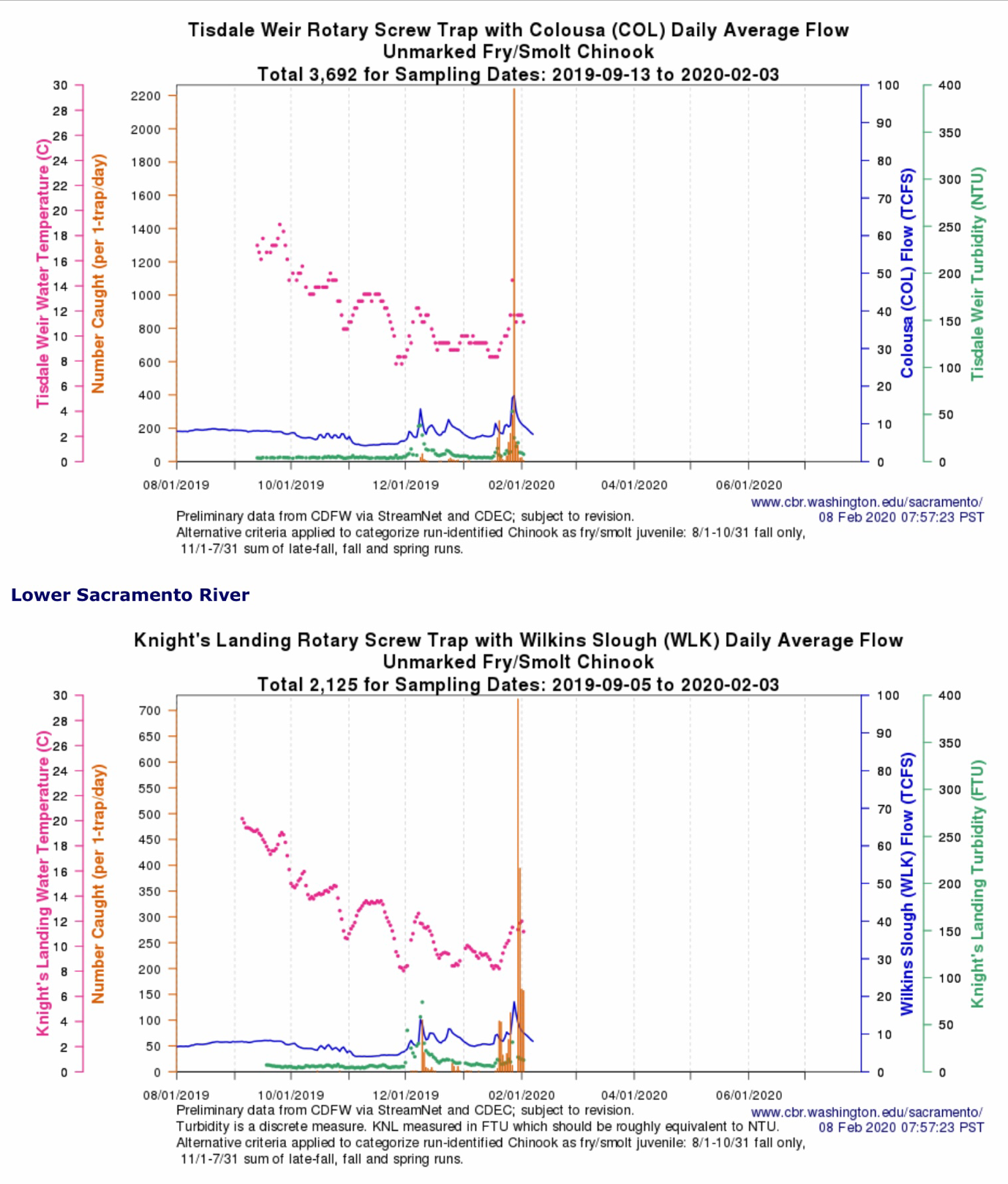