The fall midwater trawl index of spawning adult longfin smelt in 2019 was below expectations for a wet year (Figure 1). In a January 8, 2020 post, I foreshadowed the reduced fall spawner index for 2019, and suggested a grim outlook for the future of the population. In addition, high December 2019 Delta exports forced more spawning upstream into the Delta, increasing the likelihood of larval entrainment into the south Delta export pumps.

January 2020 larval smelt surveys (Figures 2 and 3) indicate that the production of longfin smelt larvae was indeed low. However, modest improvement occurred in both 2018 and 2020 compared to recent drought years (2015 and 2016). Application of the Fall X2 Delta outflow prescriptions in wet years 2017 and 2019 (higher outflow in Figure 4) likely contributed to the higher numbers of longfin larvae in the Bay in January 2018 and January 2020.

In summary, the benefit of the Fall X2 Bay Delta water quality standard has shown up again in the Larval Smelt Survey in January 2020. High December south Delta exports continue to hinder recovery of the longfin smelt population. Figure 1. Longfin Recruits (Fall Midwater Trawl Index) vs Spawners (Index from two years prior) in Log10 scale. The relationship is very strong and highly statistically significant. Adding Delta outflow in winter-spring as a factor makes the relationship even stronger. The 2019 brood year index was lower than expected given the potential number of spawners (from the relatively high 2017 index) and 2019 having been a wet year. 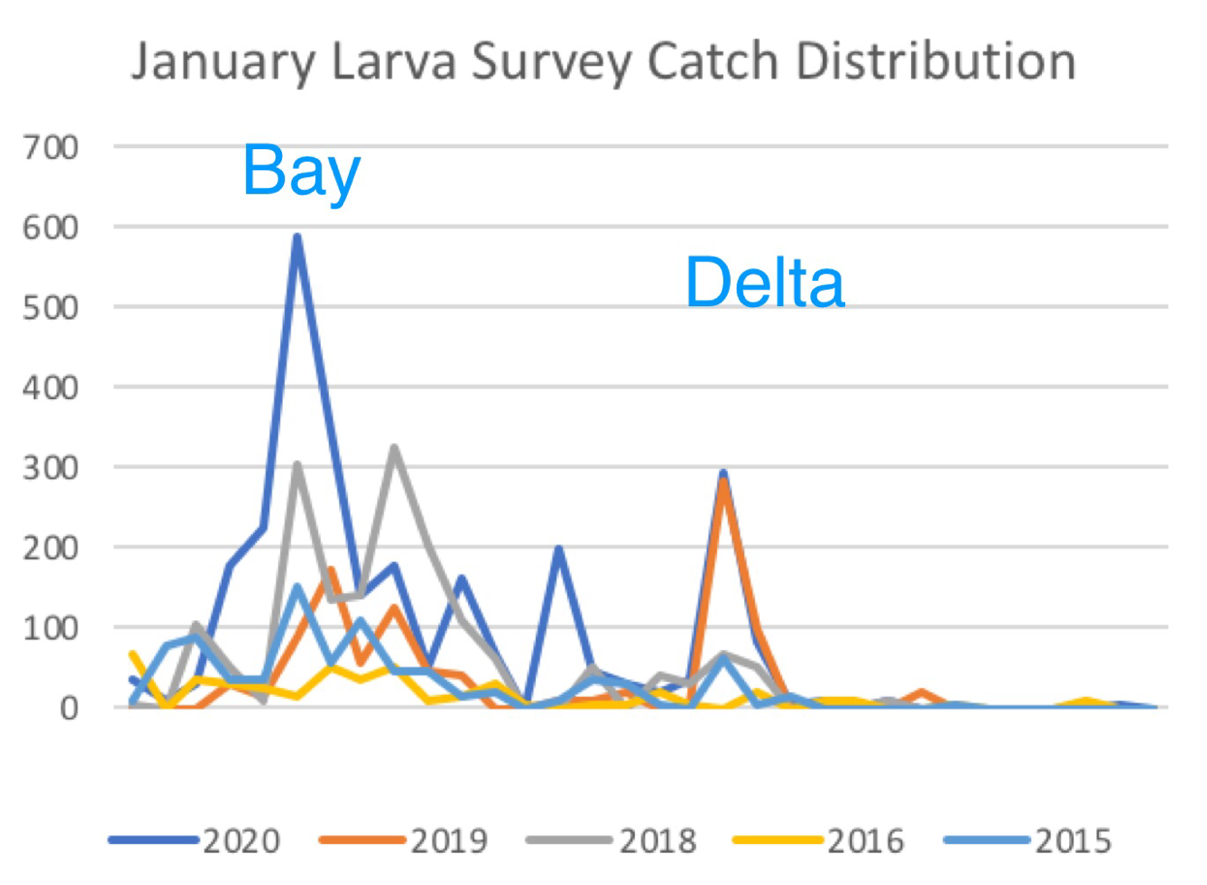 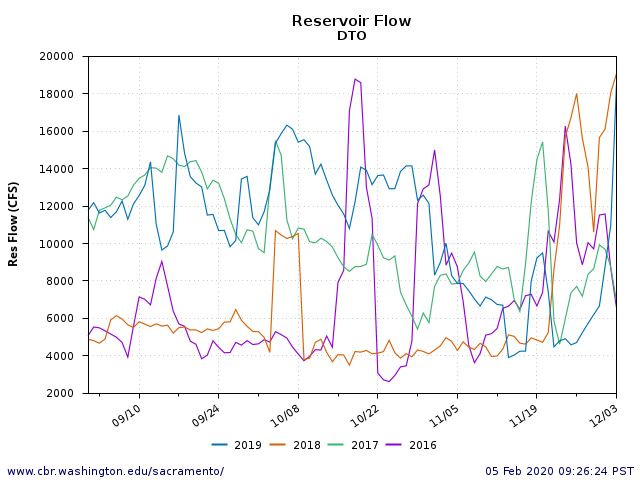 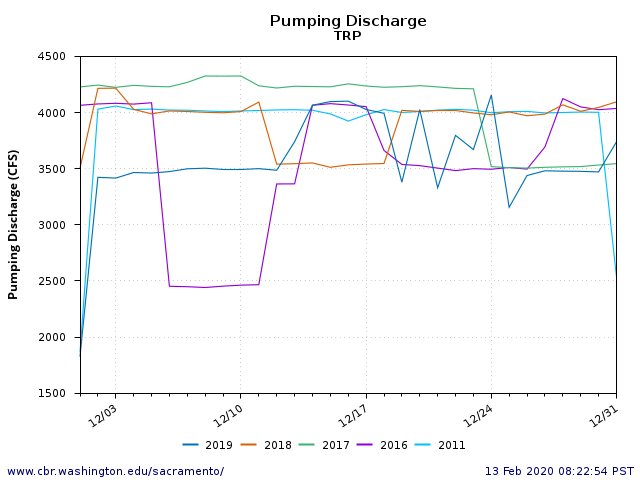