Federal and state hatcheries are feeding striped bass with juvenile salmon in the Sacramento River and Delta yet again this spring.  As of April 22, 2020, hatcheries have released over 16 million salmon smolts into the Sacramento River system (Table 1).  While about two-thirds of these releases so far took place under relatively good conditions (moderate flows, flow pulses, and cool water through early April), the latest one-third have been released under increasingly lower flows and high, stressful water temperatures (Figures 1 and 2) that lead to high rates of predation.  Hatchery smolts lingering from the earlier releases are also subjected to these conditions.  Millions of wild smolts are also at risk, as they too have been emigrating with the early April flow pulse (Figure 3).

In addition to predatory fish like striped bass, another predaor also lurks in the south Delta: the federal and state export pumps (Figures 4 and 5).

With millions more hatchery smolts and wild emigrants to come through early June, the prognosis for future adult returns from these fish looks grim unless some effort is exerted by water agencies to increase river flows and Delta inflow/outflow in the coming weeks.  Future hatchery releases this spring should be transported to the Bay.  Flow pulses are needed, but those prescribed in the new federal biological opinion are only required in wetter years.  Flows in the Sacramento River at a minimum should be above 5000 cfs at Wilkins Slough and above 10,000 cfs at Freeport.  Water temperatures should be maintained below 18°C/65°F to give emigrating salmon a chance to survive. 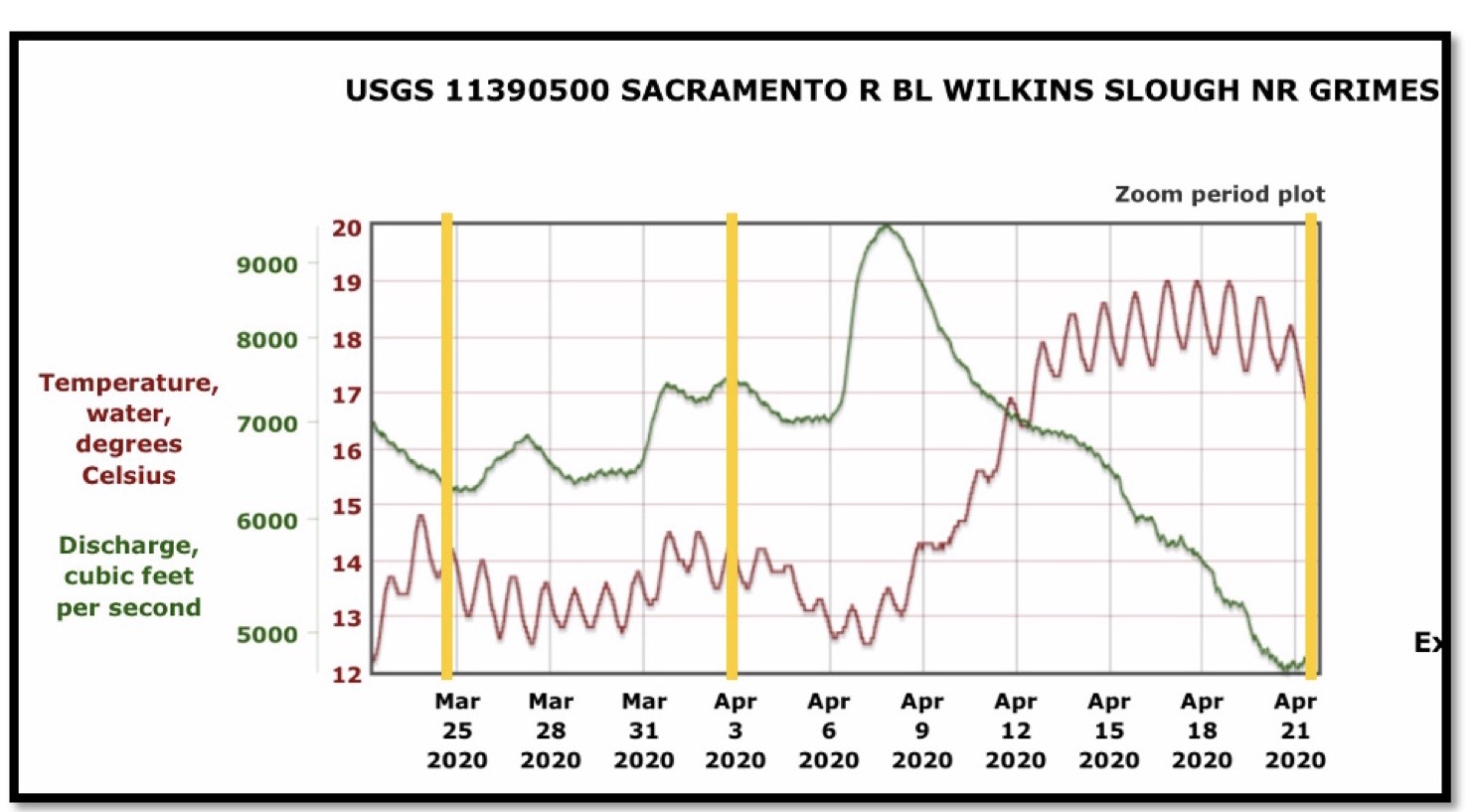 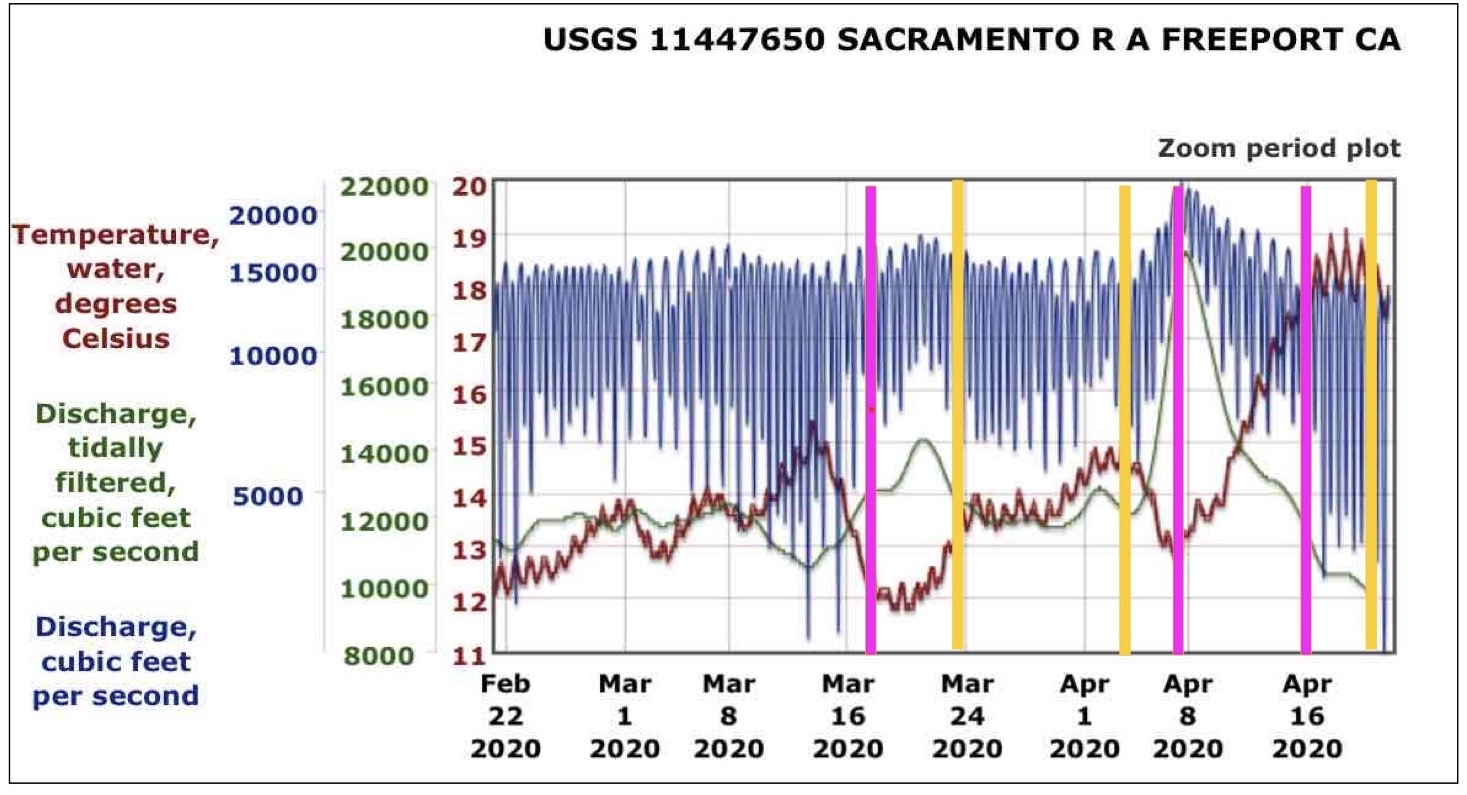 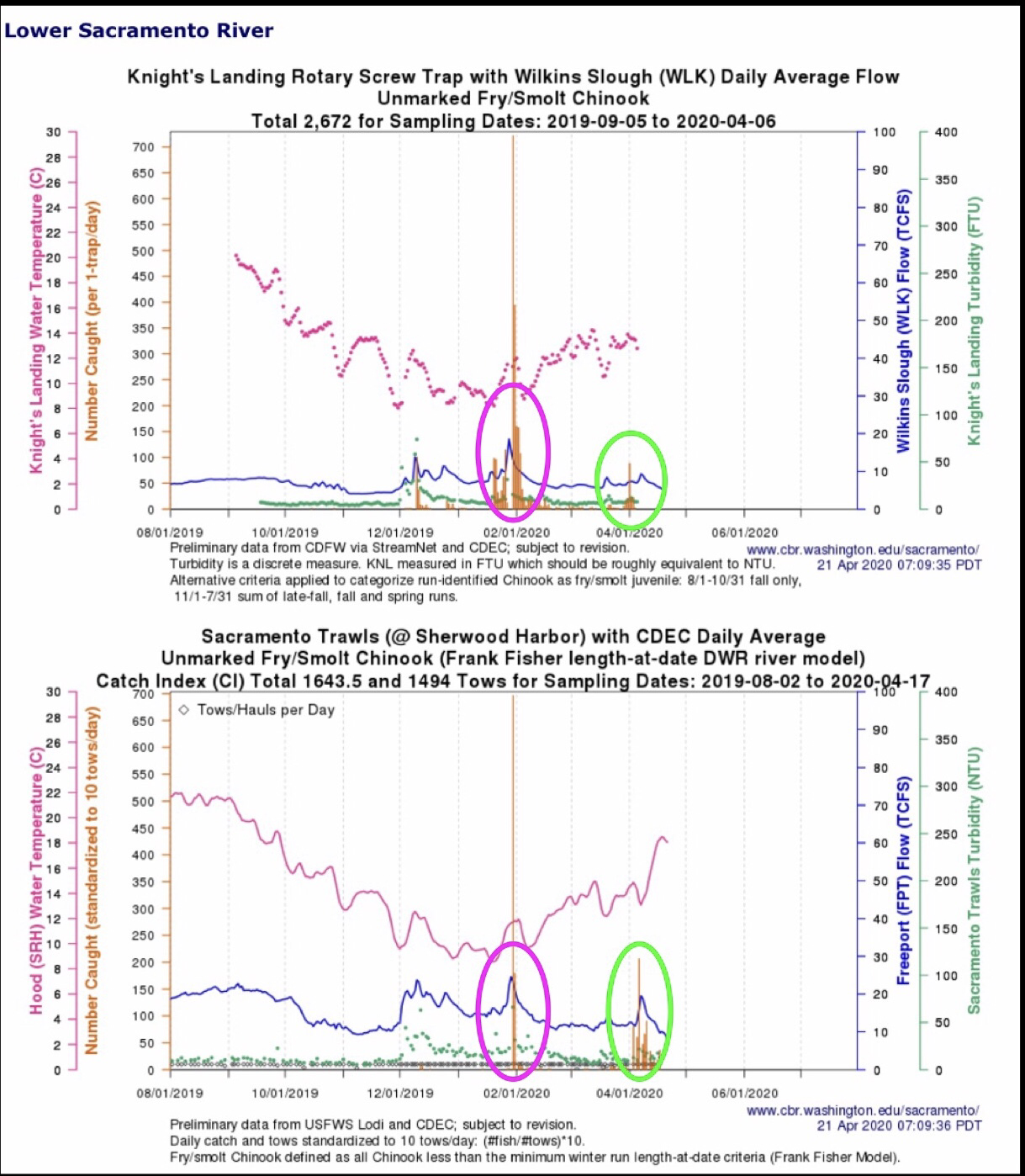 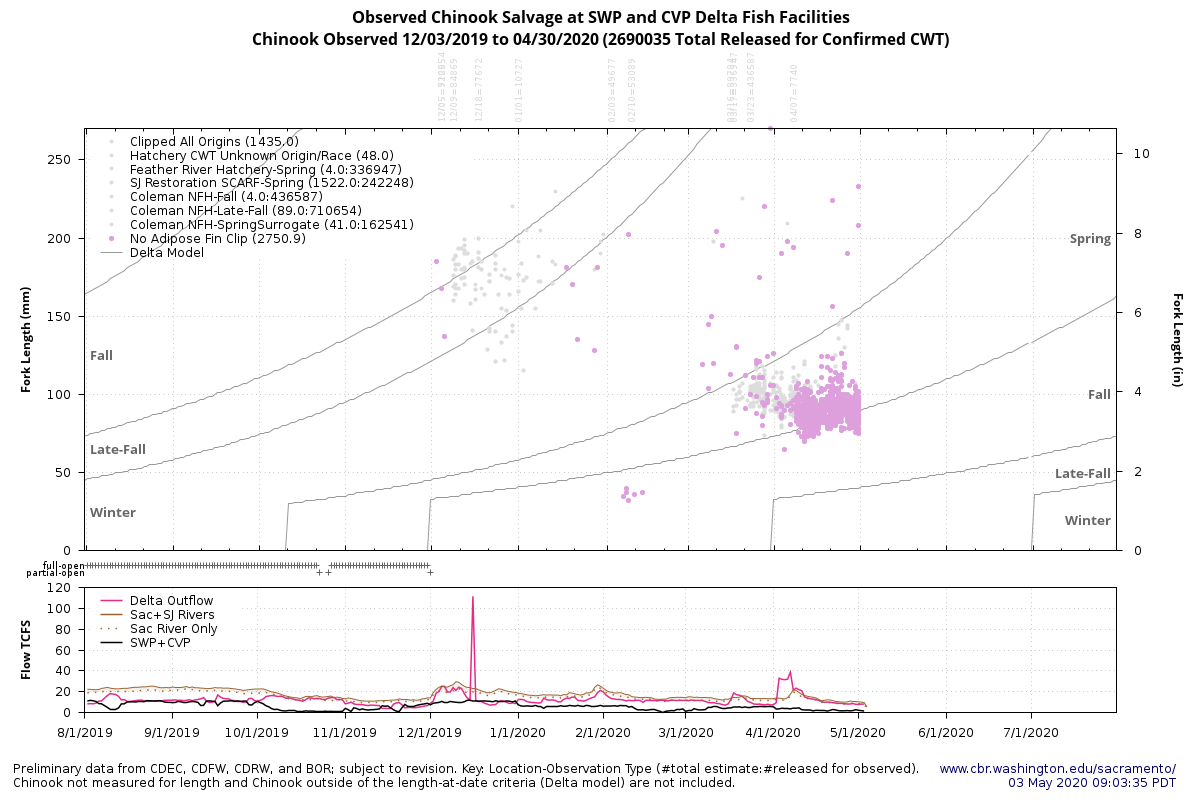 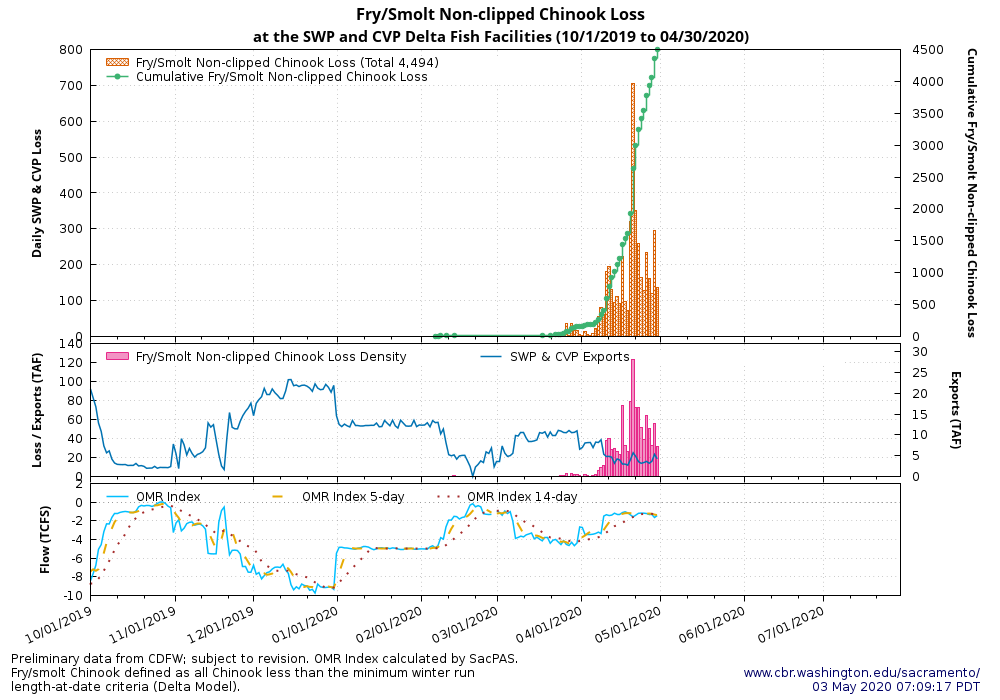