This post builds on earlier posts. In a July 2020 post, I described how the American River was “shortchanged” on hatchery production, resulting in declining runs and less contributions to ocean and river fisheries. In a May 2019 post, I supported a hatchery strategy that included smolt releases to the river in wet years because river releases survived as well as smolts trucked to the Bay in wet year 2011. I also promoted trucking to the Bay in drier years, because of poor adult returns from river smolt releases in dry years.

Recent data indicate that trucking provides benefits even in wet years, with limited drawbacks. Water year 2017 was the first wet year since 2011. Returns from the 2017 releases indicate a distinct advantage of trucking smolts to the Bay over river releases (Figure 1). Trucking to the Bay enhanced returns of adult salmon by 250%, although river smolt releases had reasonably good survival (>1%). Returns from below-normal water year 2016 smolt releases (Figure 2) were poor for river releases as expected, but were also lower for Bay releases compared to 2017 releases.

Detailed results from the 2016 and 2017 release groups support trucking smolts to the Bay even in some wet years. Water years 2016 and 2017 provide a good contrast in hatchery smolt return patterns for dry and wet year smolt release strategies, focusing on the differences observed between river and Bay releases. In both years, all smolt releases occurred in late May and early June. Past strategies of late April or early May releases have proved less successful, despite the potential concerns of poor late spring river conditions. It appears that larger smolts have a greater chance of survival regardless of the release strategy.

Bay releases in a wet year and a dry year

Straying of adult returns from Bay and river releases

Straying of adult returns originating from the American River hatchery to other rivers remains an issue with off-site hatchery smolt releases (trucking to the Bay). Though the proportion of strays is low (10-30%, Figures 8 and 9), it is a concern for two reasons:

Straying occurs from Bay releases especially in dry years, because the hatchery smolts partially imprint on Mokelumne River water occurring at the release site near the mouth of the Napa River in eastern San Pablo Bay. Returning adults get mixed signals in late summer and early fall in the west Delta at the confluence of the Sacramento and San Joaquin rivers. Flows from both rivers have their signature at the confluence, because the Delta Cross Channel (DCC) is open all summer and early fall. Half the American River water can pass through the DCC and come out the San Joaquin channel. As a result, many American fish head up the San Joaquin channel and then up the Mokelumne forks.

Another theory is that because about a third of Mokelumne Hatchery smolt releases to the Delta and Bay wind up returning to the American River to spawn, their offspring are genetically coded to the Mokelumne.

What if Delta outflow were increased in dry years in late spring during Bay hatchery smolt releases? That could increase dry year returns 50% or more (2015-2018 in Figure 10).

What if hatcheries only spawned their own river genetic coded adults and strays were removed on their way to spawning reaches? And what if Bay smolt releases were barged to Bay release sites instead of trucked? Such actions would reduce straying and improve the genetic integrity of each river’s populations.

What if hatchery smolts were not released in rivers? There might be less competition with wild smolts and reduced effects of predation and competition on wild steelhead fry that predominately emerge from redds in late spring.

The contribution of American River hatchery salmon smolts to adult spawner returns and fisheries would be significantly higher if these hatchery smolts were all trucked to the Bay. Straying to other Central Valley rivers would increase. However, competition with and predation on wild salmon and steelhead in the American River would decrease. 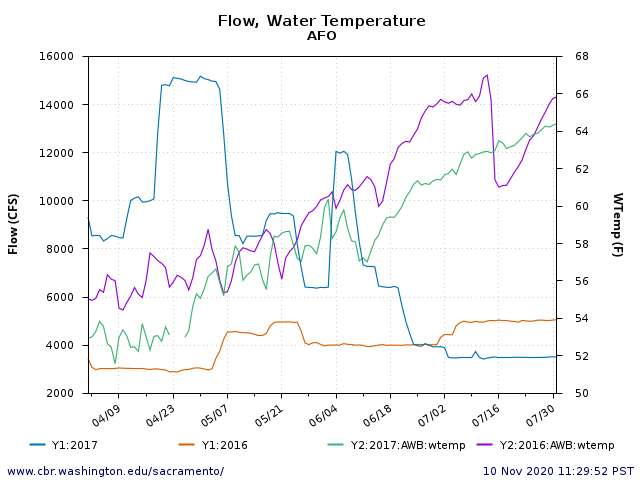 Figure 3. Comparison of 2016 and 2017 flows and water temperatures in spring. 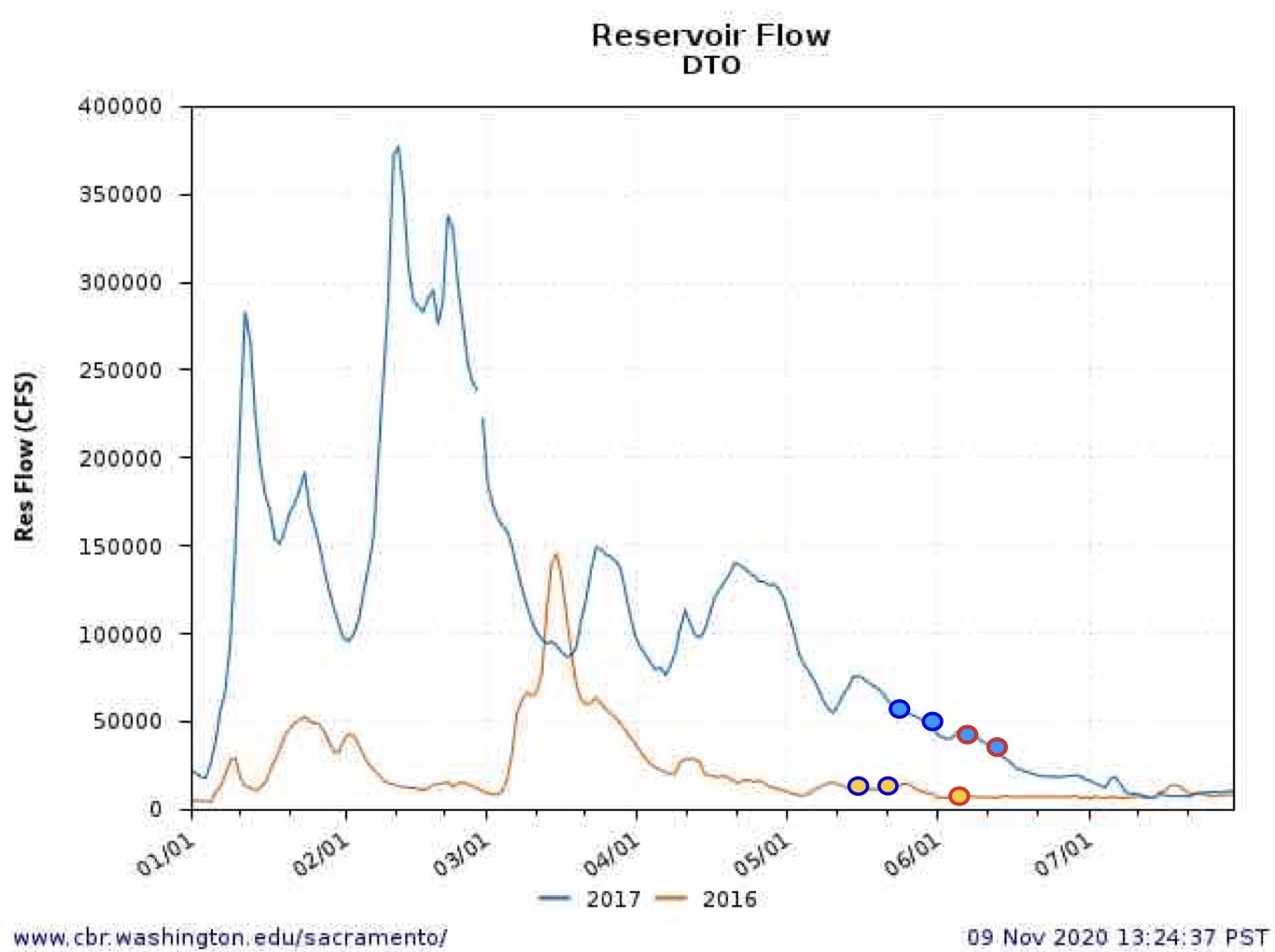 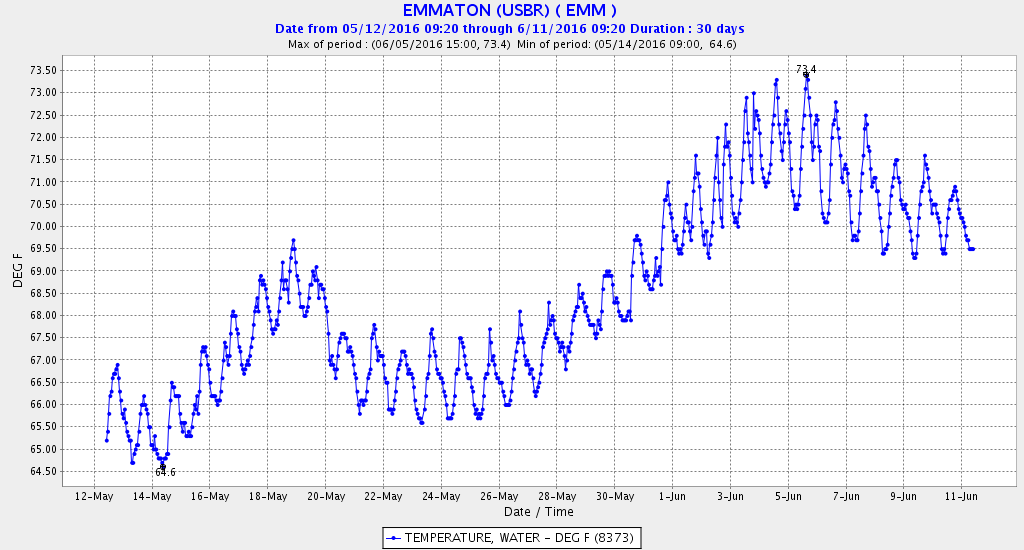 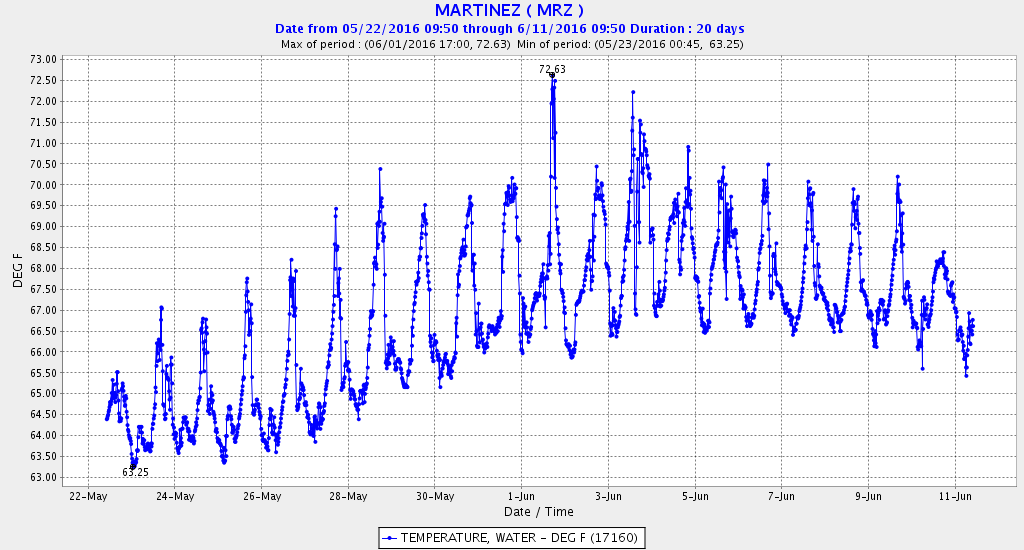 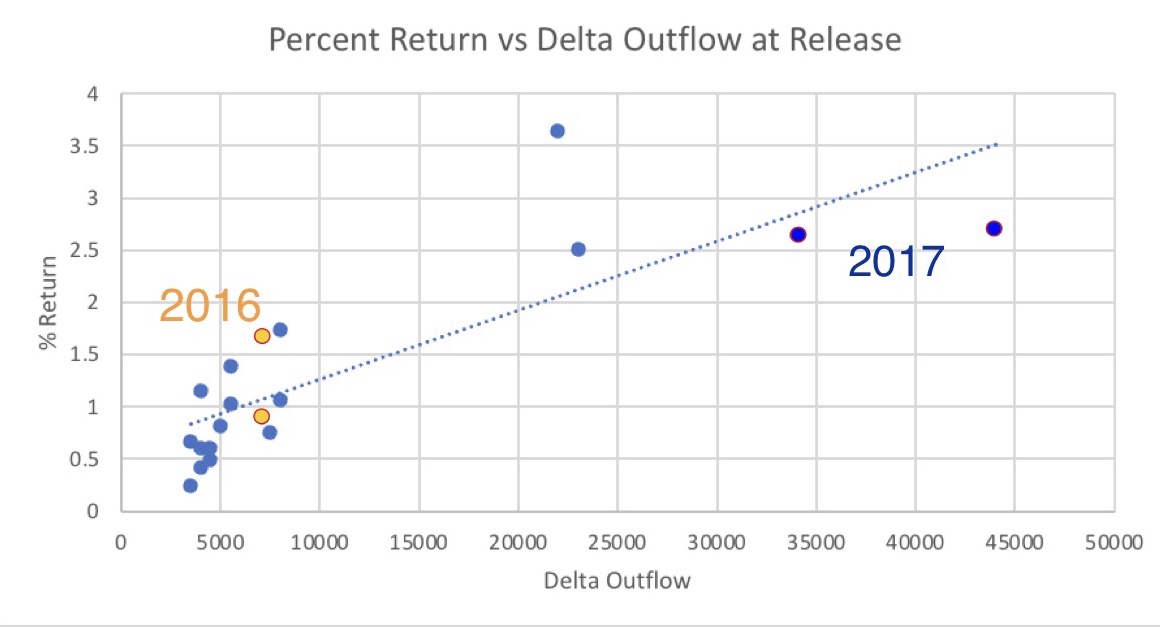 Figure 7. Percent return of selected tagged hatchery smolt groups released to Bay by Delta outflow at the time of release with 2016 and 2017 noted. Data sources: https://www.rmpc.org and CDEC. 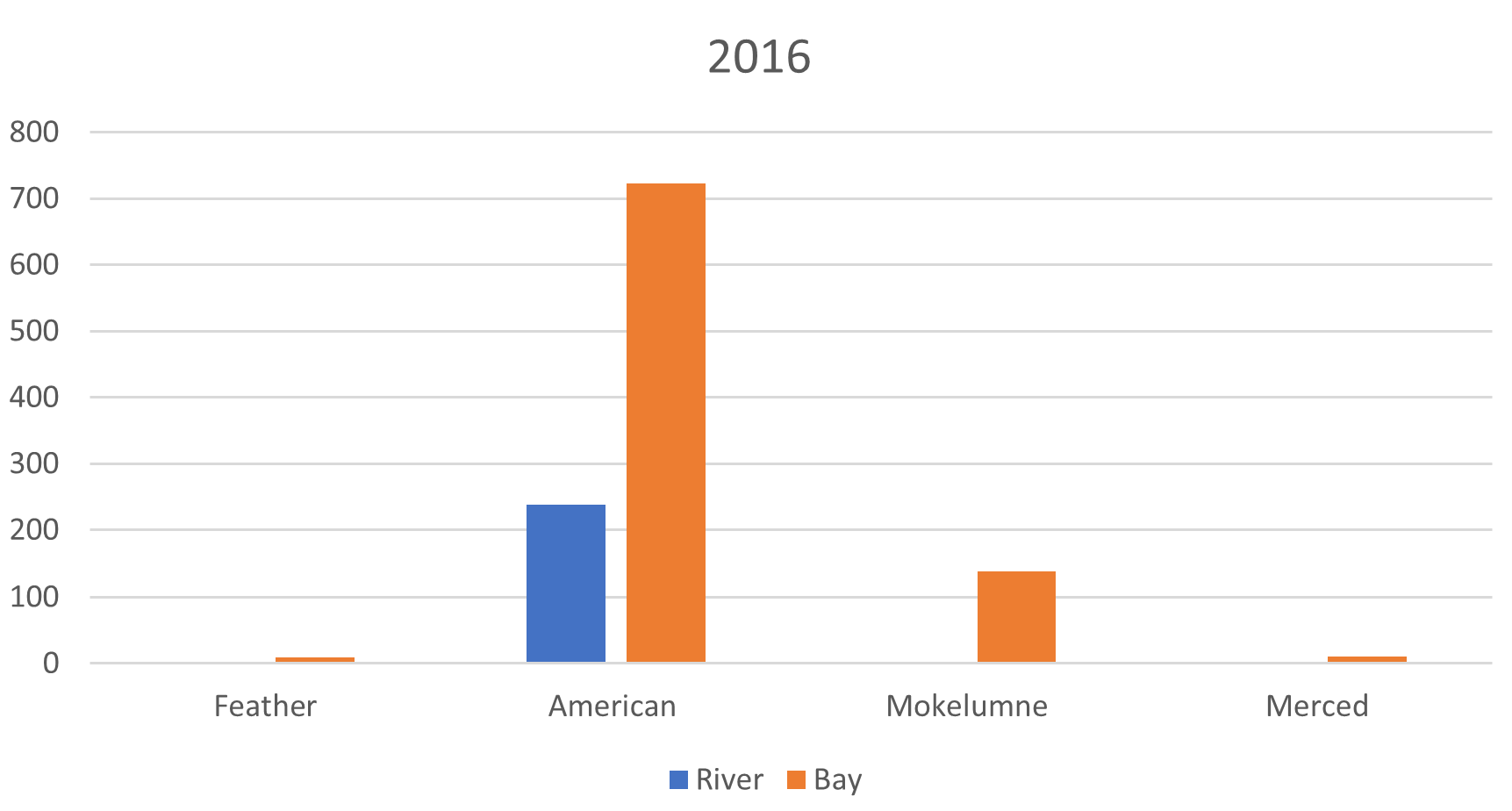 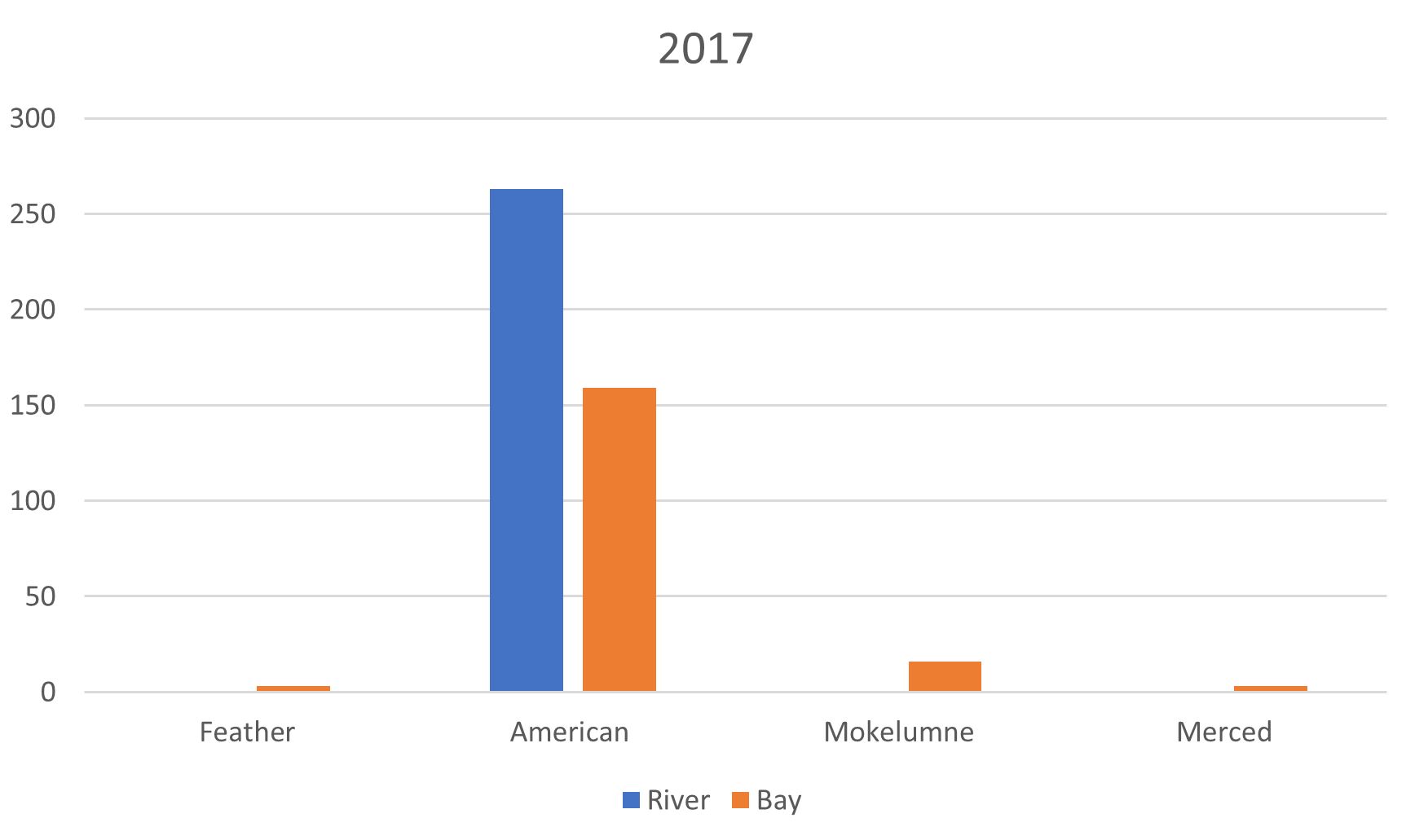 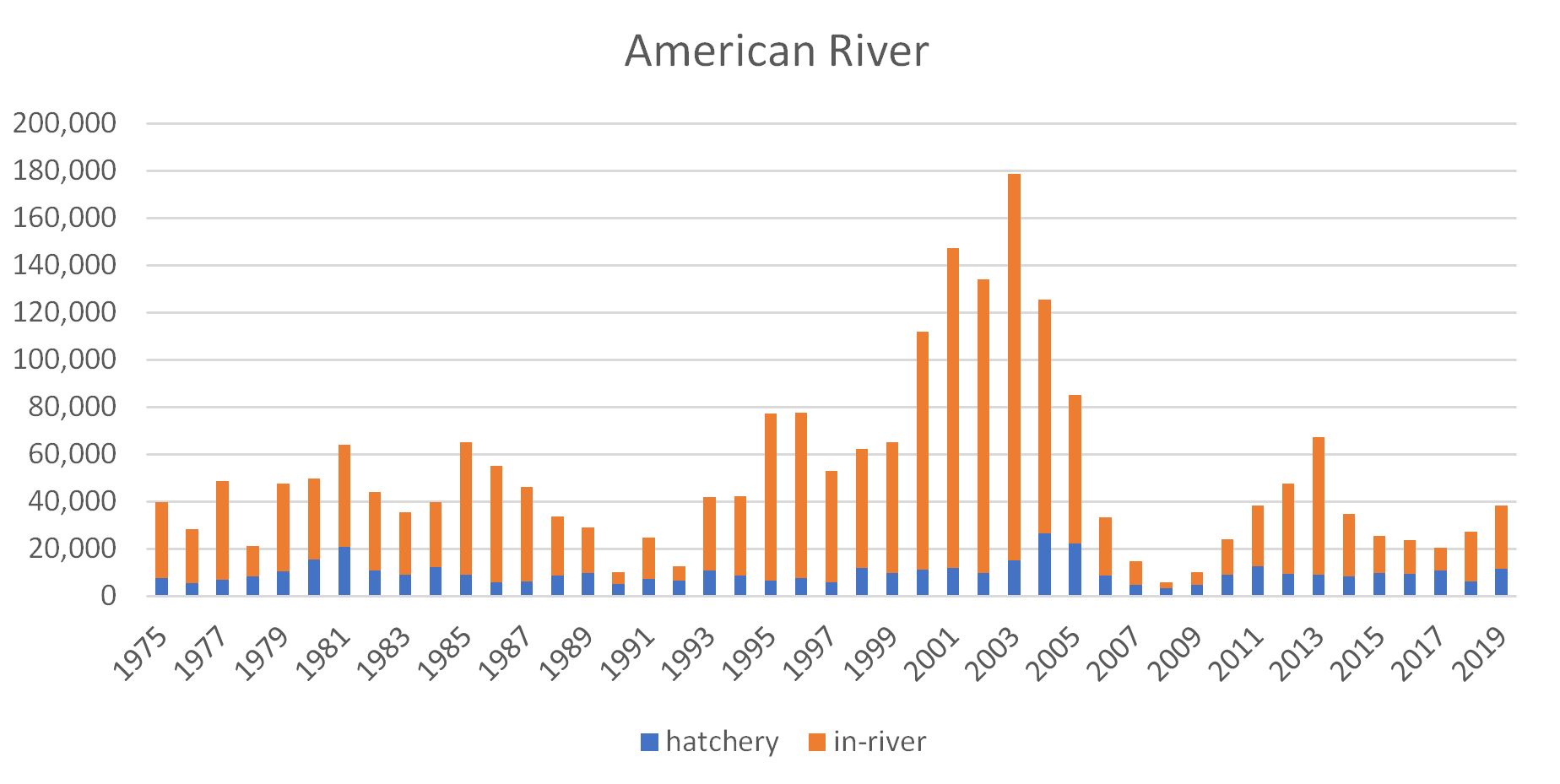 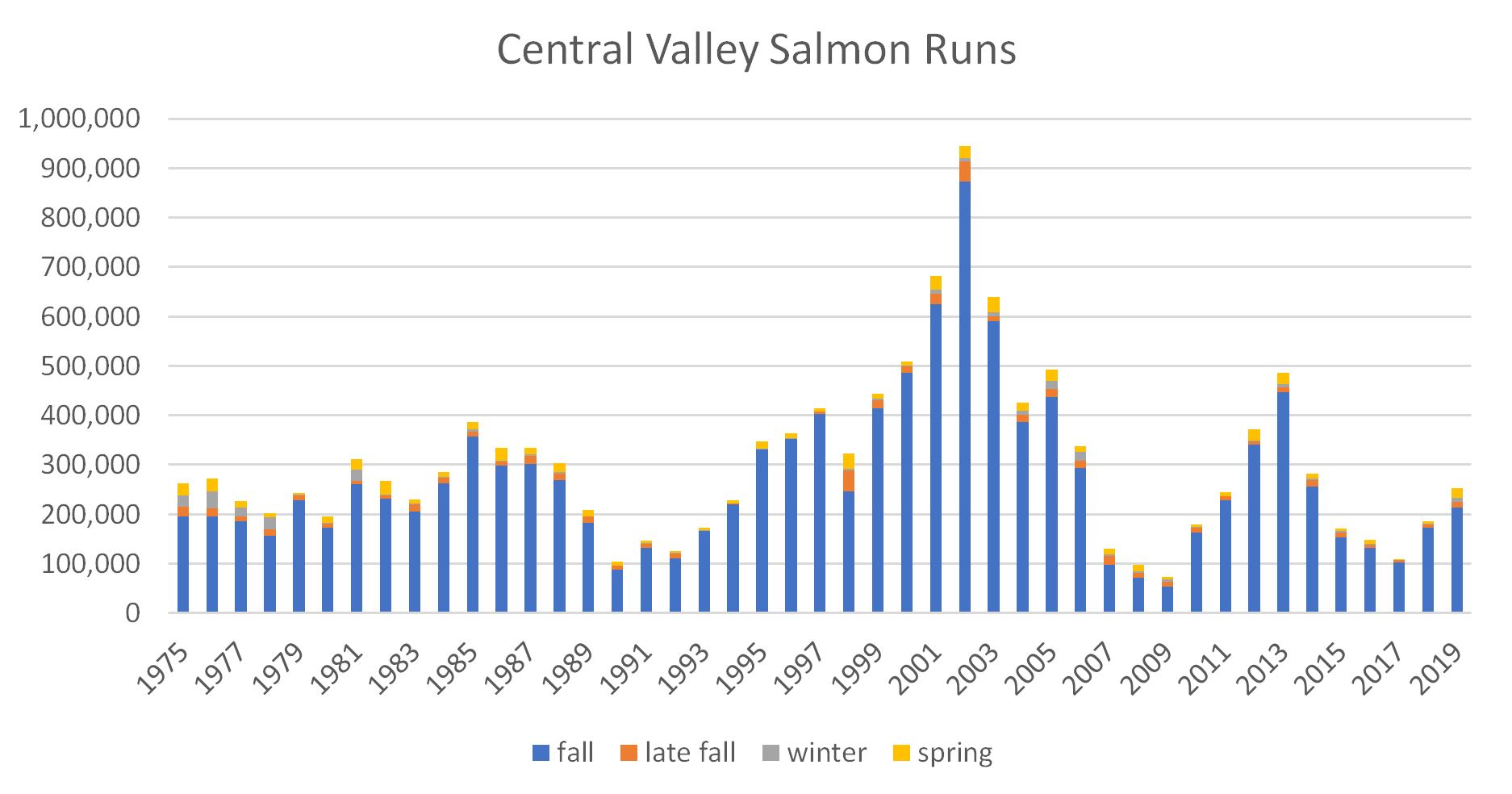