The Bureau of Reclamation’s plan for Shasta-Trinity operations in summer of drought year 2021 was founded on killing off the salmon in the upper Sacramento River to sustain hydropower and water deliveries. So far, it has been wildly successful. Now Reclamation plans to finish the job on winter-run, spring-run, and fall-run salmon.

Now, Reclamation plans to reduce releases of water in August and September (Figure 1). The water will get steadily warmer, because most of the cold water is gone. The combination of warm water and sharply dropping river stage (Figure 2) will complete the demise of this summer’s delayed winter-run spawn. The warmer water temperature will kill the late spawned eggs/embryo. A 4-foot drop in water level will strand and dewater many of the redds. The loss of Shasta’s cold-water-pool will also compromise the spring-run and fall-run spawning runs.

And finally, Reclamation will draw Shasta Reservoir down to historically low levels this fall. This will place Reclamation in a great position to kill all the salmon next year, too. 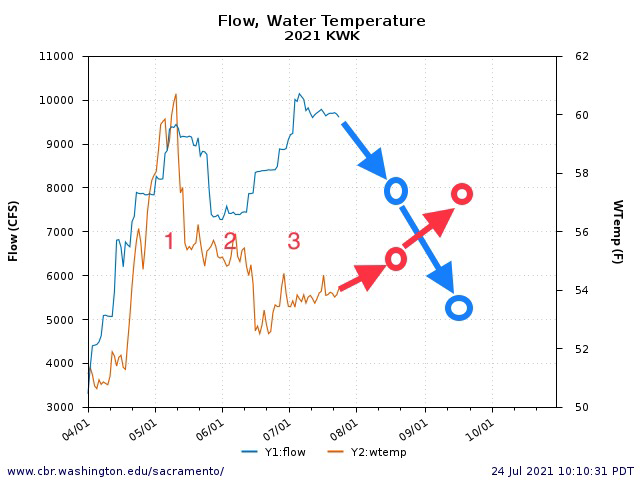 Figure 1. Flow and water temperature below Keswick Dam in the upper Sacramento River near Redding through late July 2021, along with Reclamation’s projections for August-September. 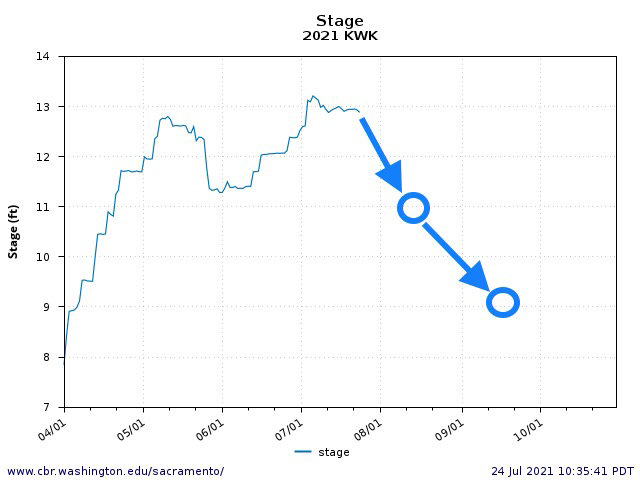 Figure 2. River stage below Keswick Dam in the upper Sacramento River near Redding through late July 2021, along with Reclamation’s projections for August-September.