There is still time to take action needed to save some of this year’s salmon production in the Sacramento River.1 Reclamation must immediately stop its irresponsible operation and revert to a maximum 5000 cfs Shasta Dam release, with no release from the middle gates and with minimal peaking power releases or input from Whiskeytown Reservoir.2

Here is the situation right now:

It is essential to maintaining cold-water releases from Shasta Dam into early October to save winter-run salmon reproduction in this critical drought year. Cold water ran out in the summers of 2014 and 2015, and the winter-run salmon runs plummeted.4 Recovery of this critically endangered species5 requires an all-out-effort to protect the survival of eggs and embryos over the summer in the 10-mile spawning reach below Shasta and Keswick dams.

These actions would allow a 5000 cfs releases of <54ºF water from Keswick Dam through September, which would save a significant proportion of the endangered Winter-Run Chinook salmon. It would also save nearly 400,000 acre-feet of reservoir storage for water year 2022. 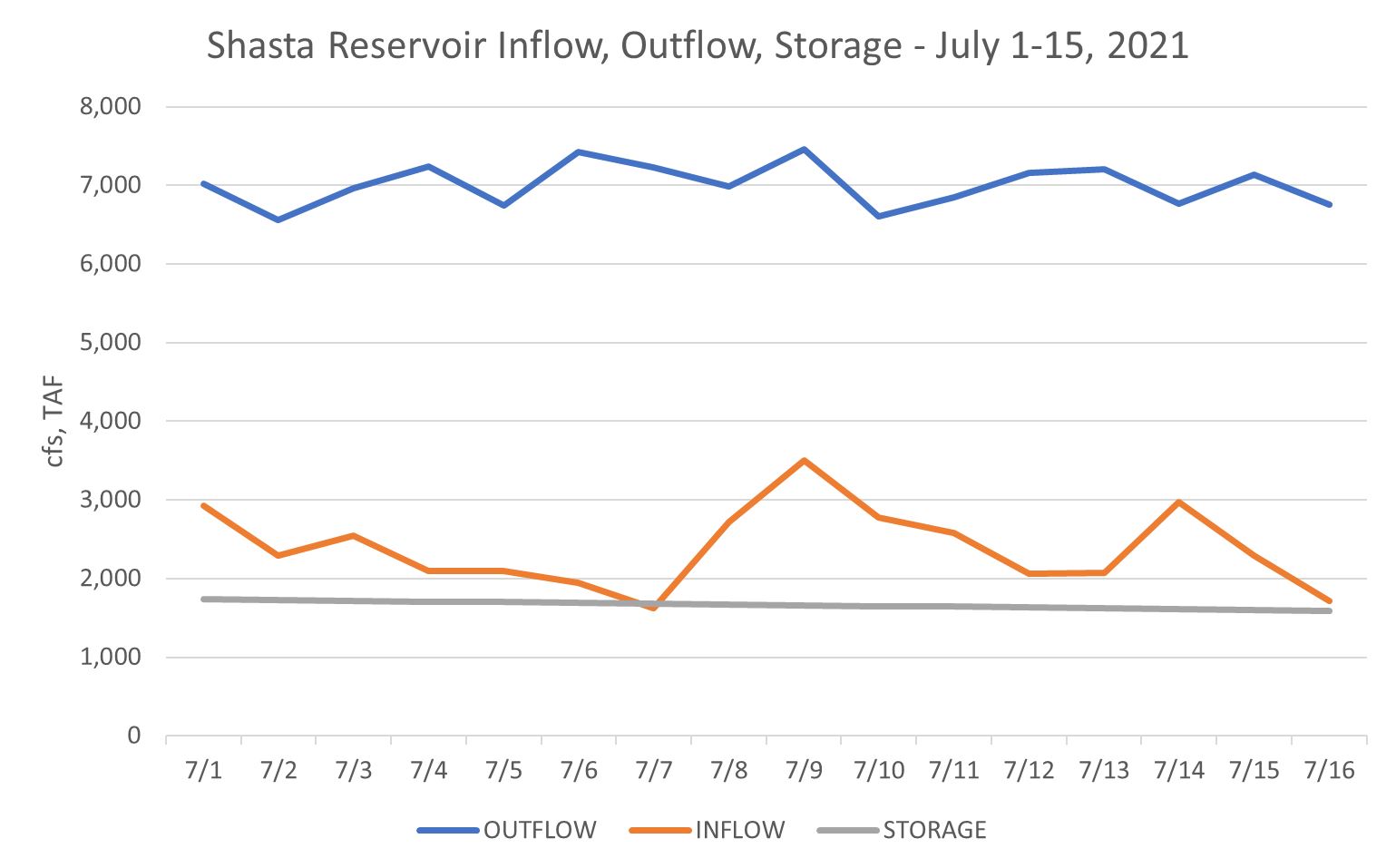 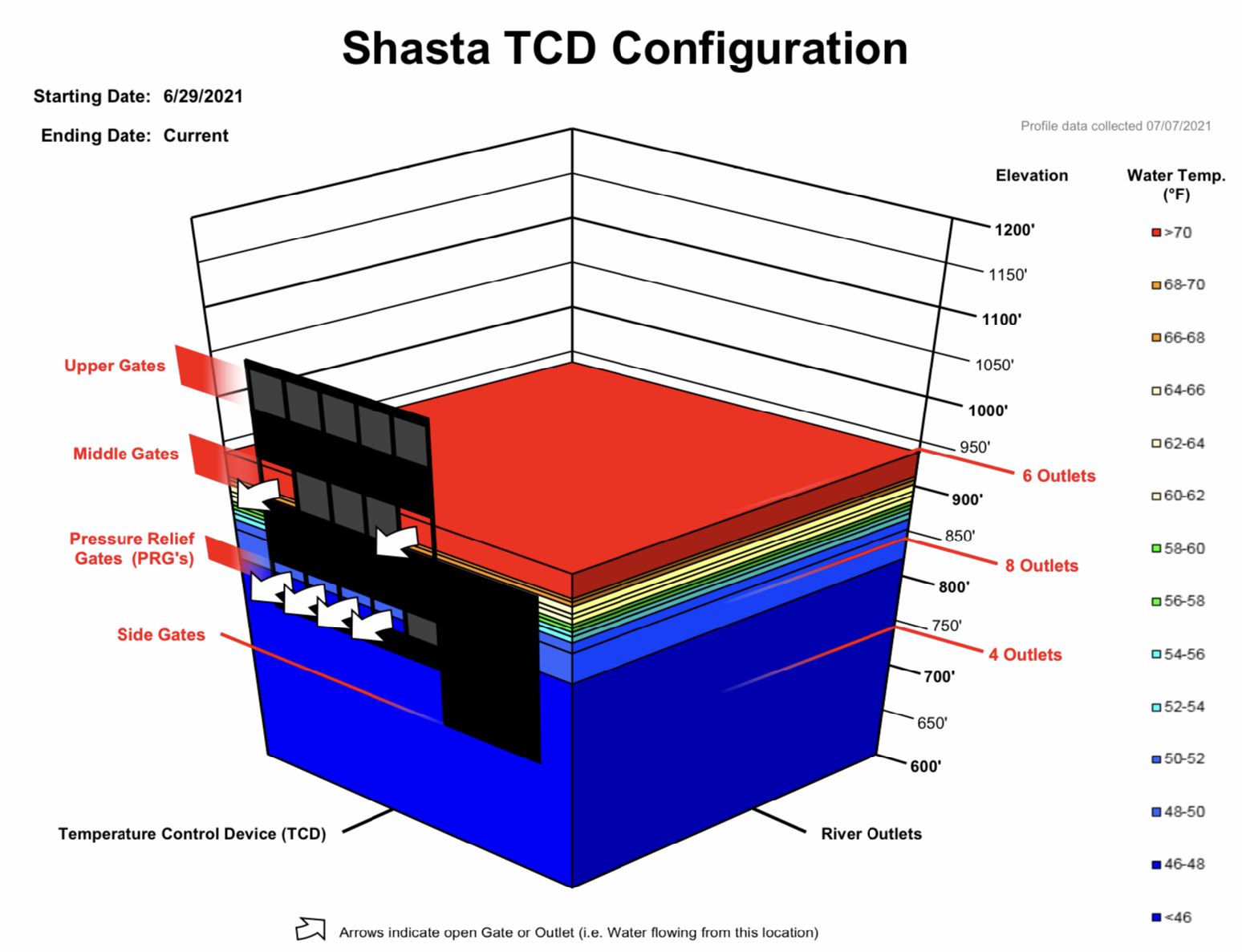 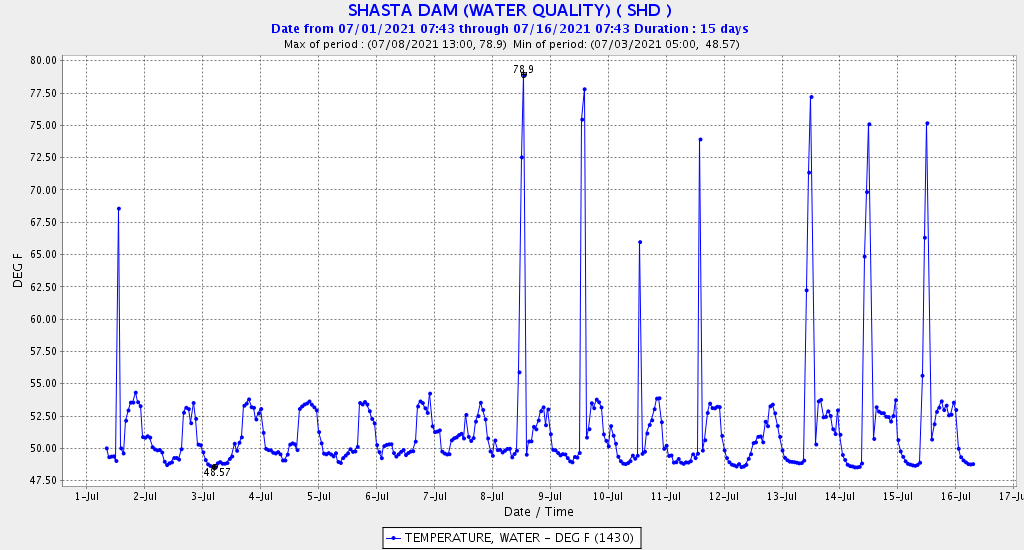 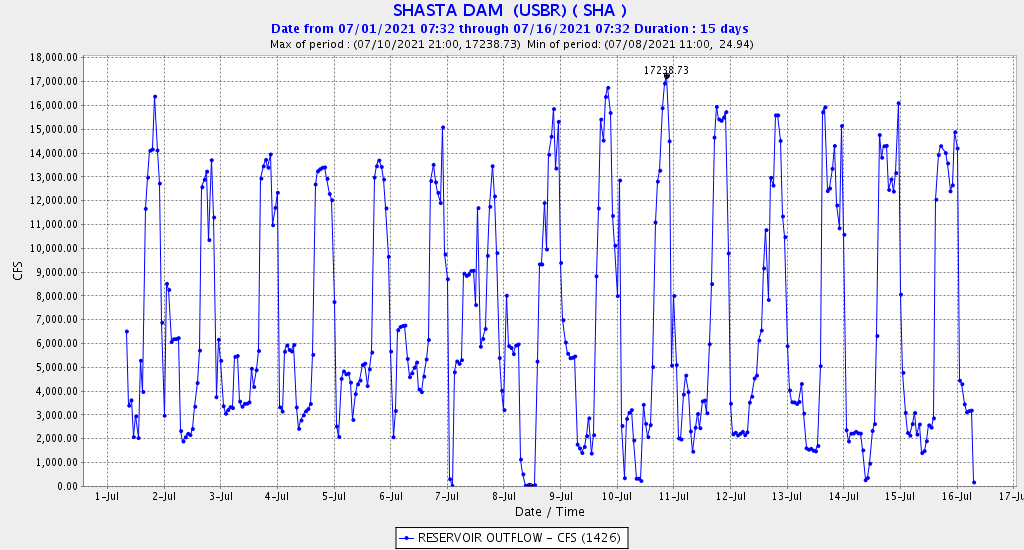 Figure 3a and 3b. Hourly water temperature (a) and flow (b) release pattern from Shasta Dam during first half of July 2021. Note most peaking-power releases are in afternoon and evening hours, with water temperatures several degrees higher during the daily peak generation. Daily average releases were 6500-7500 cfs, with peaks on the 6th and 9th. 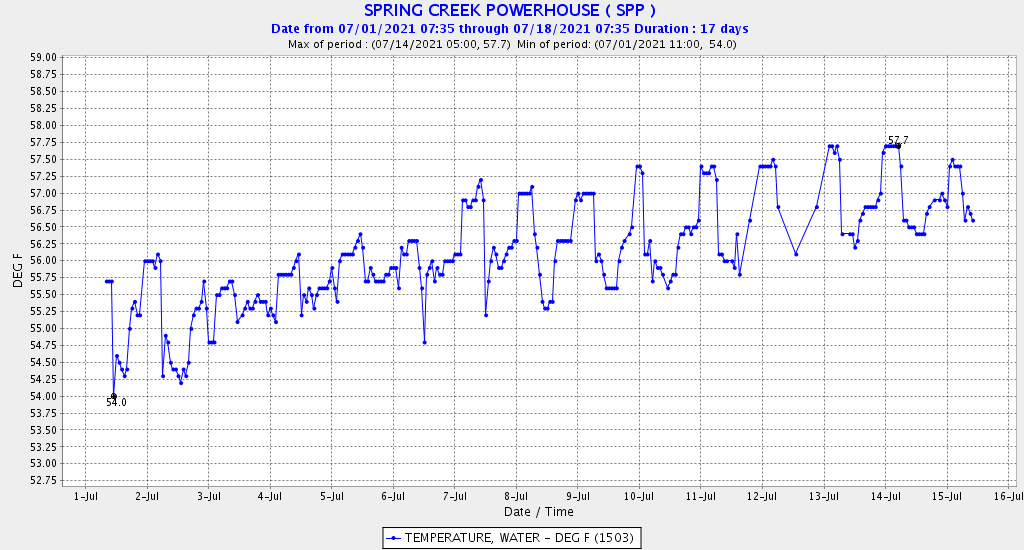 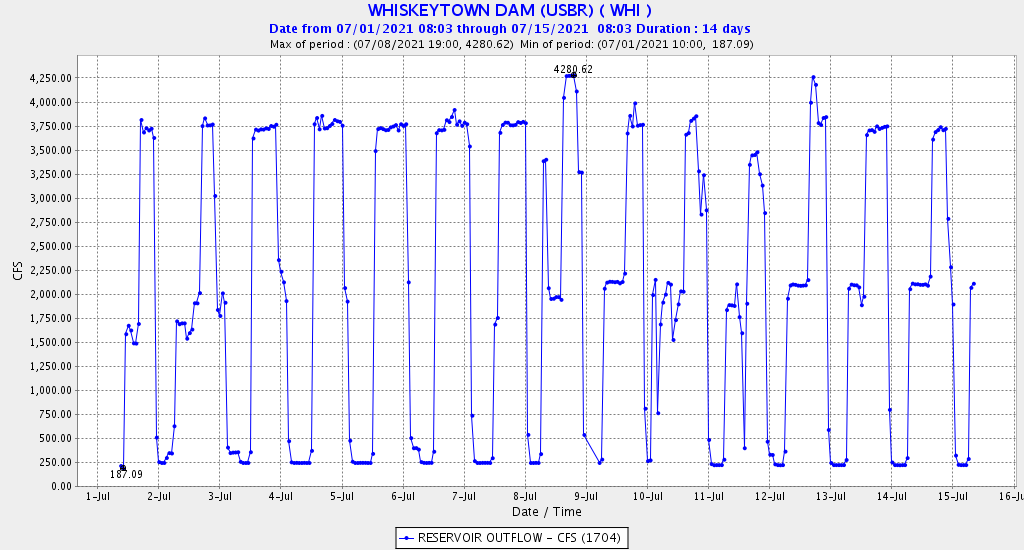 Figures 4a and 4b. Hourly water temperature (a) and flow (b) release pattern from Whiskeytown Dam during first half of July 2021. Note most peaking-power releases are in afternoon and evening hours, with water temperatures in the middle range of the daily pattern or about 1ºF below the daily maximum. Note the base flow of 250 cfs is to Clear Creek, with the remainder to Spring Creek powerhouse on Keswick Reservoir. Also, note peak releases to the Spring Creek powerhouse were about 3500 cfs for 12 hours from July 3-8. Daily average releases rose from about 1000 cfs on July 1 to 2000 cfs on July 4, then dropped to 1500 cfs on July 11, only to increase again through July 15.