The Scott and Shasta rivers, California tributaries to the Klamath River, received irrigation curtailment orders from the State Water Resources Control Board  September 10 of this drought year.  The Shasta River responded well to the curtailment orders, and flows subsequently improved even more when  the irrigation season ended on 10/1 (Figure 1).  In contrast, the Scott River showed little response to curtailment (Figure 2).  The Shasta River salmon counts reported by the California Department of Fish and Wildlife as of October 18th were 6,659, whereas the Scott River count was only 23.

Heavy rains in late October improved river flows, reduced the need to irrigate pastures and hayfields, and have allowed Chinook and Coho salmon to freely ascend both rivers to spawn. The Salmon River, a third large tributary that enters the Klamath downstream of the Scott, responded similarly to the storms (Figure 3). 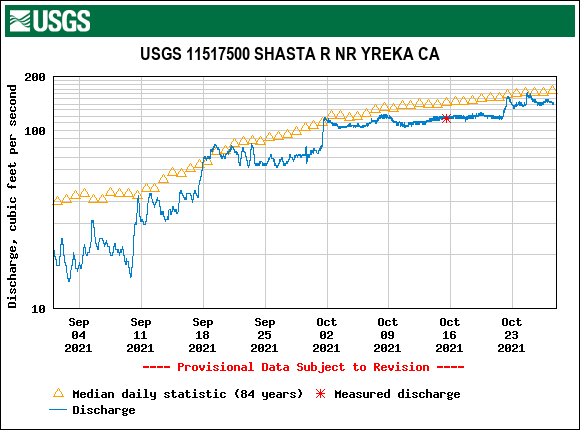 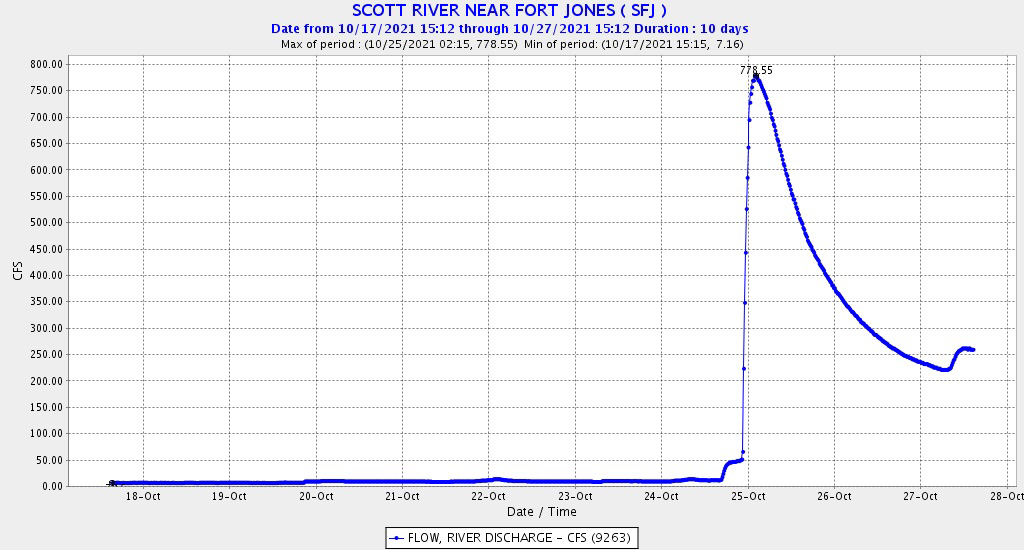 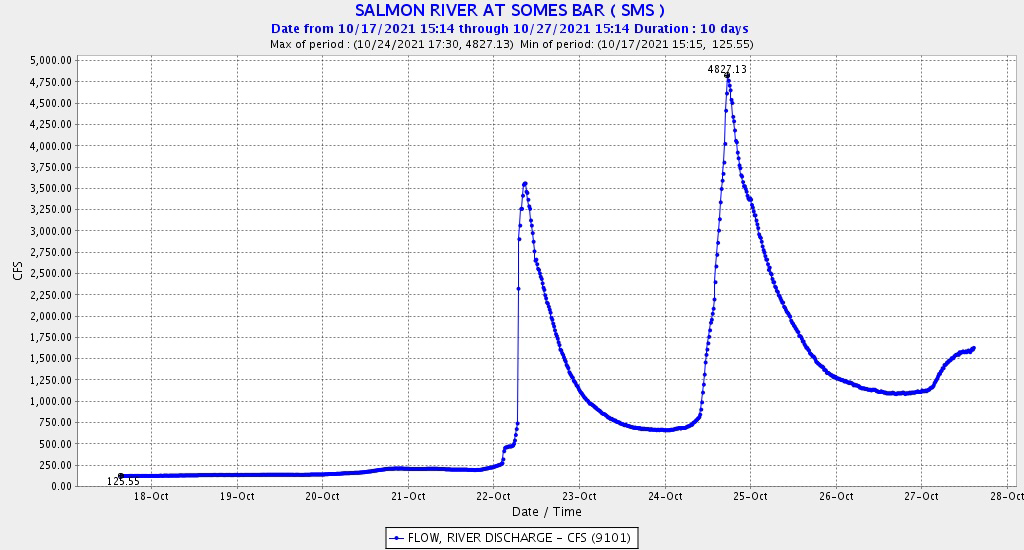