Record late-October Valley rainfall brought Sacramento River flows high enough to overflow into the Tisdale Bypass (Figures 1 and 2).  Such early-fall overflows are highly unusual (Figure 3). The sudden surge filled nearly 30 square miles of the Sutter Bypass before exiting to the south, back to the Sacramento River (Figure 4).  Bypass channels rose 6-10 feet during the storm, with the help of tributary inflows (CDEC gage data not shown), flooding much of the agricultural fields, levee borrow pits, duck club ponds, and natural wetlands and ponds of the Sutter Bypass.

Riding the wave of river flow were juvenile winter-run salmon moving down the Sacramento River (Figure 5).  Many spilled over the weir into the Bypass and into flooded habitats.

After the storms, a sudden drop in flow quickly drained the Sutter Bypass, and many juvenile salmon became stranded in ponds and fields of the Bypass floodplain.  The problem with the short-lived early fall flooding is that stranded habitats dry up or become too warm too sustain the young salmon through the fall, winter, or even spring (if the Bypass does not flood again).  Predation by abundant non-native predatory fish in the Bypass is another problem, especially as the high flows of muddy water retreat.

Also at issue is the attraction of upstream migrant adult fall run-salmon into the Bypass.  Such salmon get trapped downstream of the Tisdale Weir.  The Tisdale Weir Rehabilitation and Fish Passage Project is supposed to mitigate this situation.  But it is only in the planning and design stages, and until that project is complete, adult salmon will continue to be trapped below Tisdale Weir.  In addition, the Tisdale Weir project “does not analyze the impacts to additional special status fish (juvenile salmonids) being attracted into bypass from extended days of inundation and subsequently being stranded without adequate drainage or a plan to mitigate for that.” (Project EIR).  The Tisdale Weir project also needs to plan for and mitigate the juvenile stranding in the Sutter Bypass. 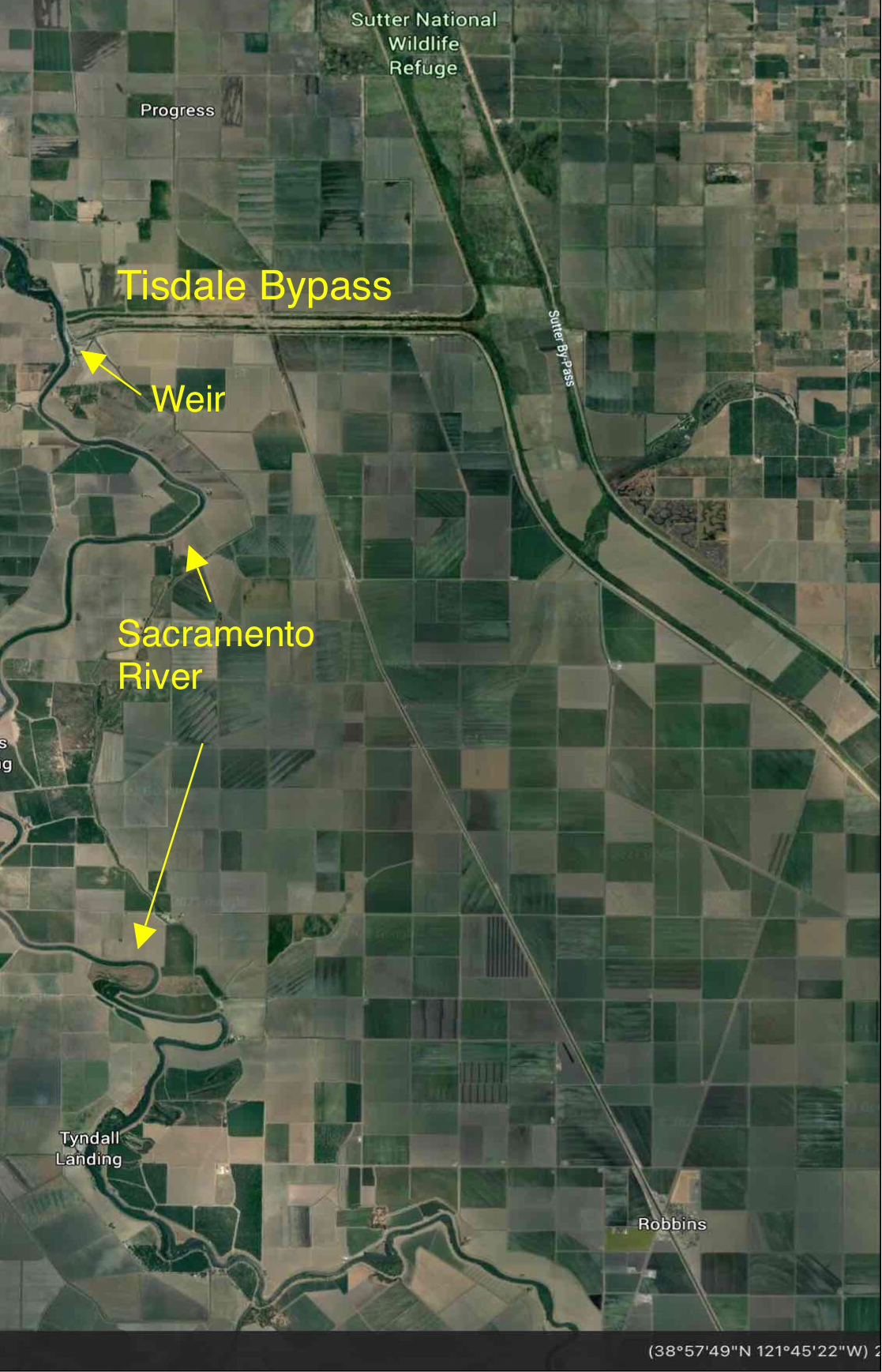 Figure 1. The Tisdale Weir and Bypass from the Sacramento River to the Sutter flood bypass. 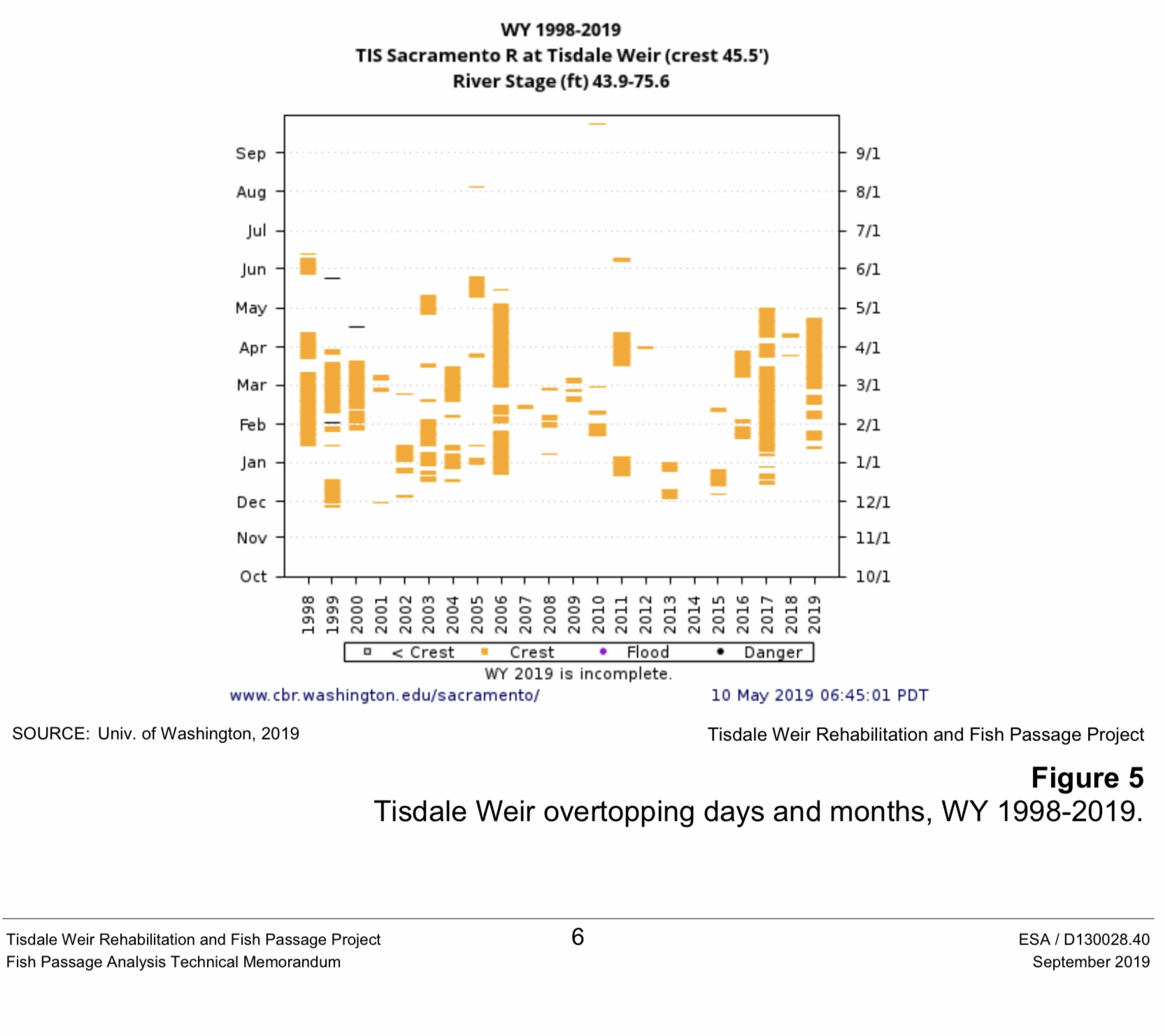 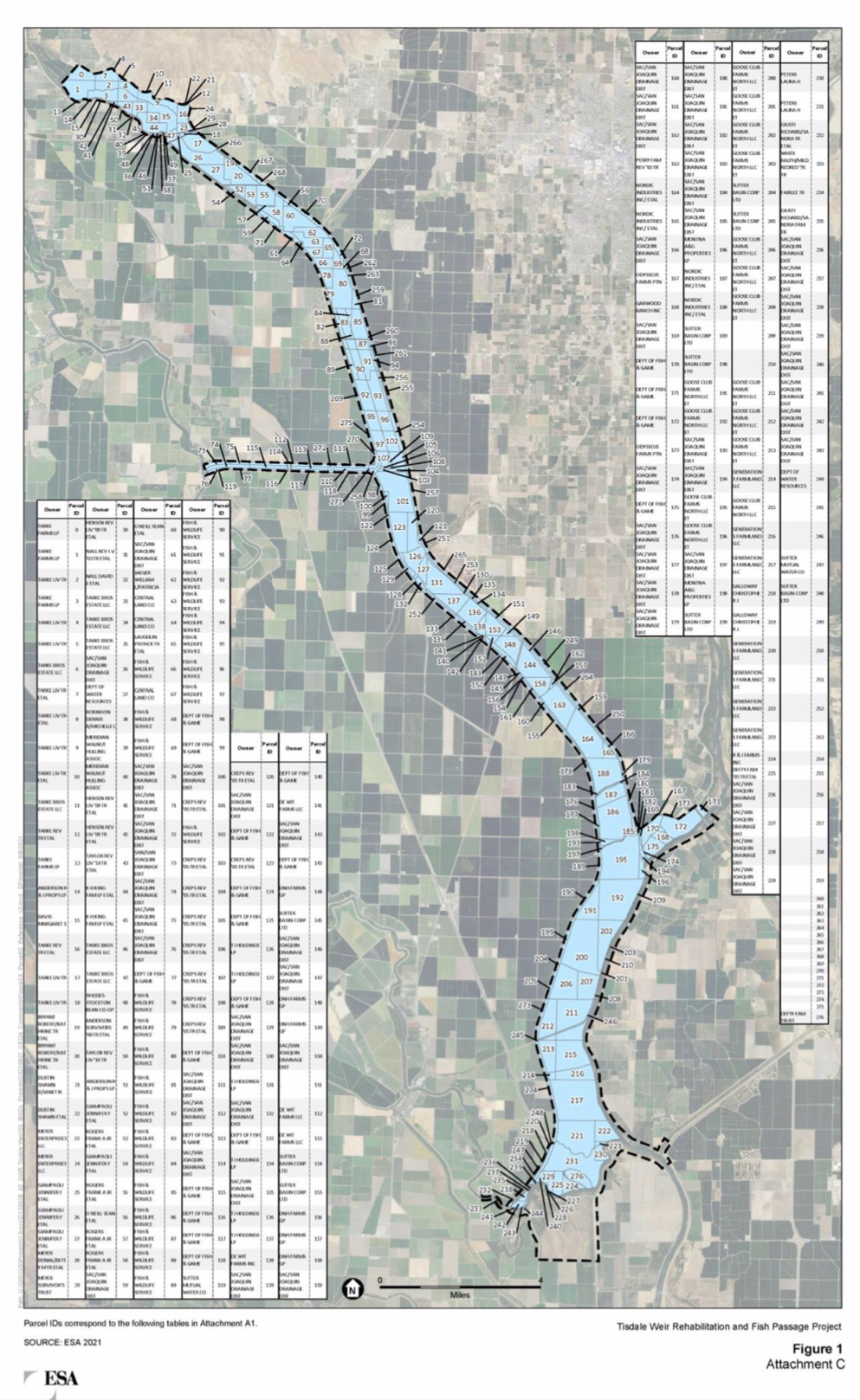 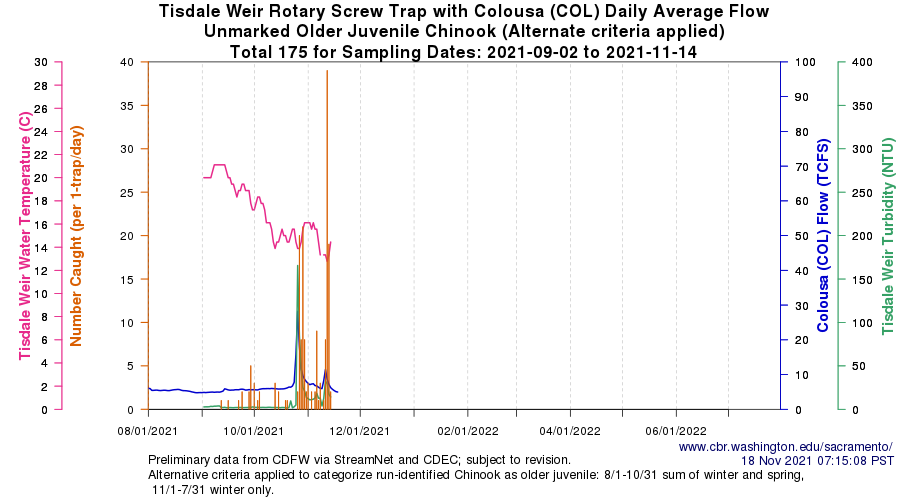