The summer of 2021 was a real mess in the Sacramento River downstream of Shasta and Keswick dams near Redding.  The winter-run salmon there had to contend with so many stresses it is a wonder any of these salmon survived.  The 2021 cohort will have to rely on hatchery production and, hopefully, a few fish produced through a new program in Battle Creek.

A strange stressor rarely if ever discussed was river turbidity in the lower portion of the 20-mile spawning reach near Redding (Figure 1).  For several days in September, the reported level of turbidity there was well into the range that scientific literature identifies as lethal for eggs and sac fry salmon in gravel beds (Figures 2 and 3).

Assuming gage accuracy, three potential turbidity sources were:  (1) Shasta Lake sediment plumes resulting from the activation of sediment deposits in the reservoir due to water passing through them at low storage levels; (2) sediment releases from Spring Creek Reservoir into Keswick Reservoir, and (3) local high suspended sediment releases from municipal and agricultural discharges.

It is hard to tease out.  The high turbidity readings do not appear to have resulted from sediment in Shasta Lake eroding in a low storage year and washing downstream.  That would have caused elevated turbidity readings at Keswick Dam, which did not appear, although Shasta Dam appears to have released high suspended sediments on September 16 (Figure 4).  The Spring Creek gage was not functioning in September.  Sporadic high turbidities over the next 30 miles of river at Balls Ferry, Jelly’s Ferry, and Bend were common through the summer, with the Bend gage showing the same increase as the CCR gage from September 14-16 (Figure 5).

The three-day event September 14-16 was the main concern.  High turbidities were sustained long enough to have caused serious harm to winter-run in the gravel beds that had begun hatching and emerging after a late spawn (Figure 6).  Low dissolved oxygen in the redds was also a concern, since DO concentrations in redds are generally assumed to be lower than those in the river (Figure 7).

In conclusion, high summer suspended sediment levels in the upper Sacramento River near Redding are a serious concern for spawning winter-run salmon.  If gage readings are accurate, they demonstrate a gross violation of water quality standards for the river.  If the gage readings are not reliable, then  a more rigorous monitoring, assessment, review, and reporting program is urgently needed to protect winter-run salmon and the other beneficial uses of the Sacramento River. 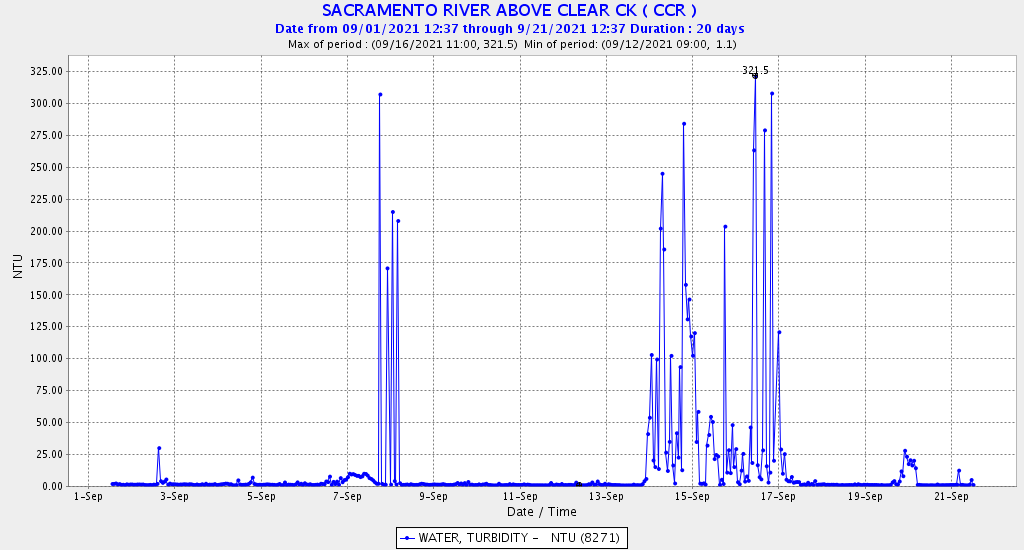 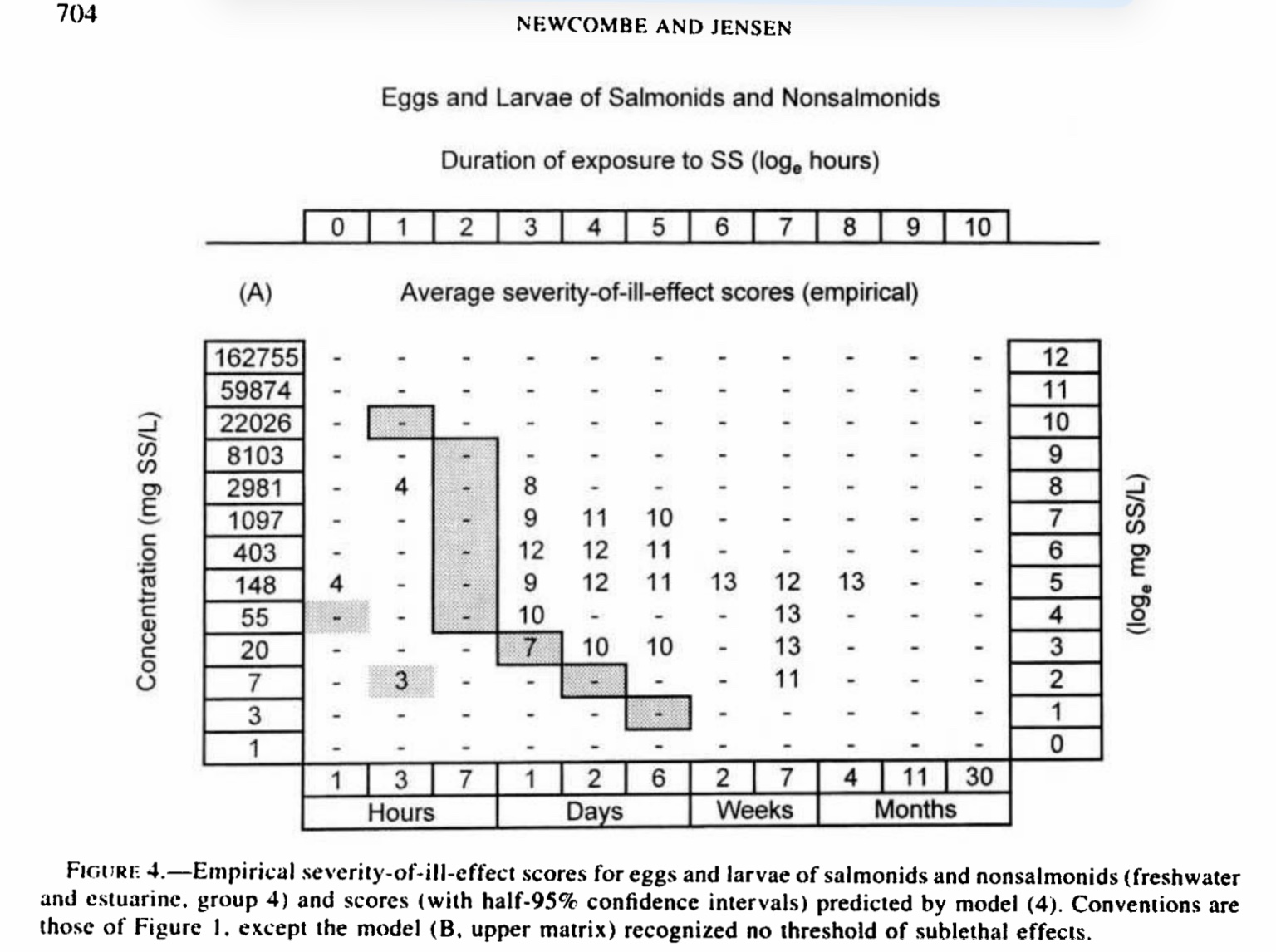 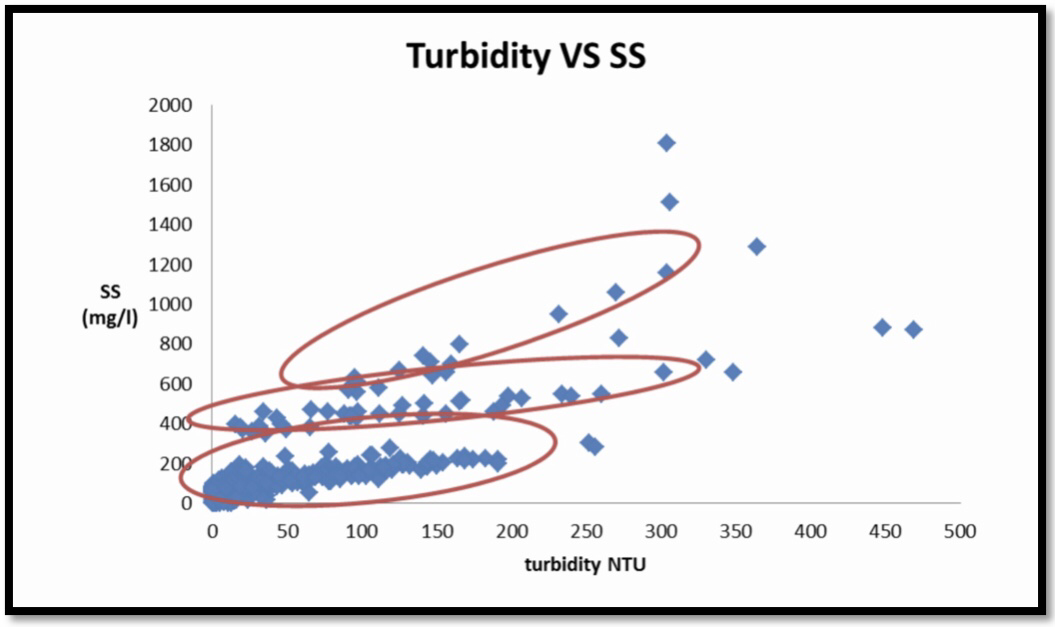 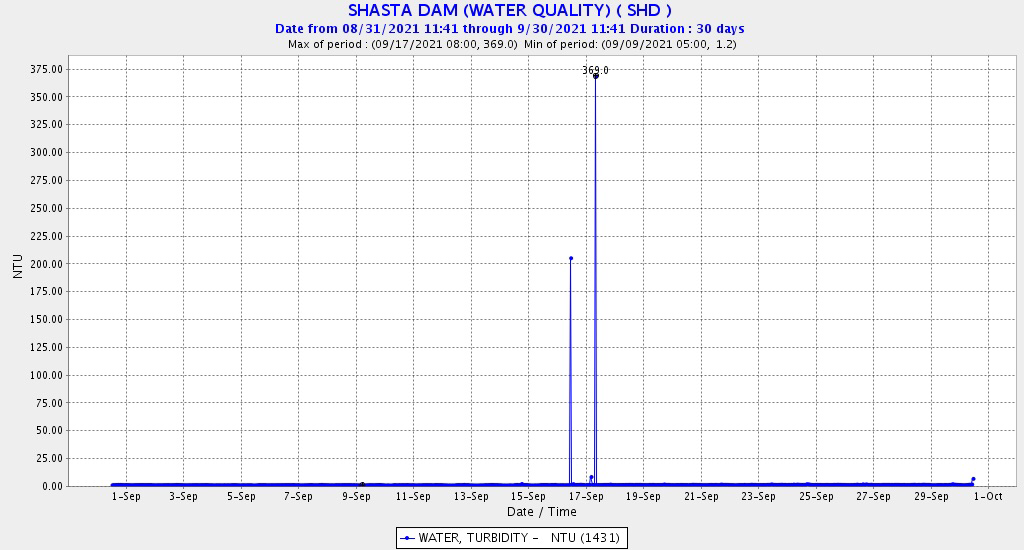 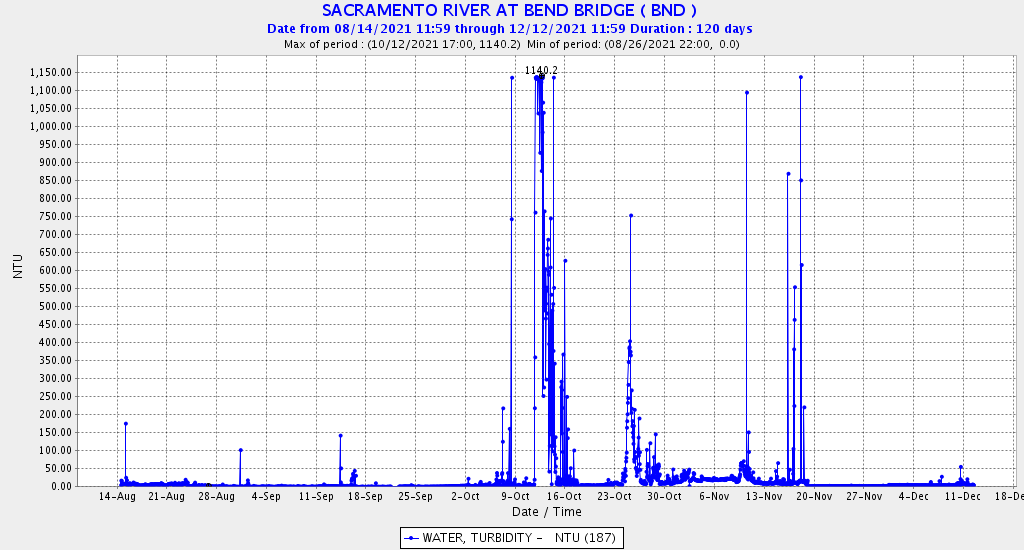 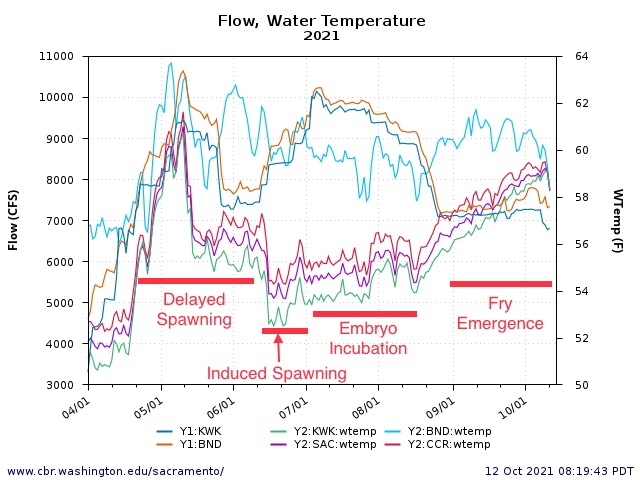