Reclamation recently provided a “ceremonial release” of water from Trinity Reservoir for the Hoopa Valley Tribe’s bi-annual Boat Dance Ceremony1. The release is for the period of August 17-20. The added flow increased the total flow in the upper Trinity River from 450 cfs to a peak of 2670 cfs on August 17 (Figure 1). The flow pulse reached Hoopa at the mouth of the Trinity River on the lower Klamath River one day after the initial release (Figure 2). The flow pulse also had a dramatic effect on the water temperature in the lower Trinity and Klamath Rivers (Figures 3 and 4).

The flow pulse is the first of several anticipated this summer2 to cool the lower Klamath and Trinity Rivers, which have been plagued with high water temperatures (70-80F) this summer due to low water supplies related to the fourth year of drought. Low flows and their associated warm water temperatures are thought to be the cause of salmon deaths. These deaths are attributed to: (1) pathogens Ich and Columnaris; and (2) warm water temperatures, low water velocities and volumes, high fish density, and long fish residence times which likely contributed to the disease outbreaks and subsequent mortalities. Adult salmon crowd into limited thermal refuges and become susceptible to disease. 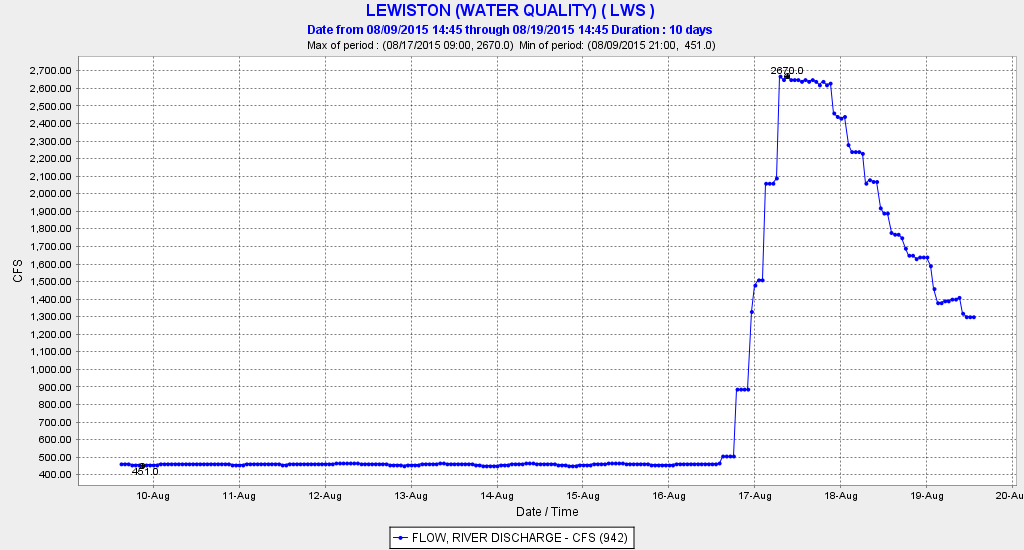 Figure 1. Release of water from Lewiston Dam into the upper Trinity River near Lewiston from August 10-20, 2015. 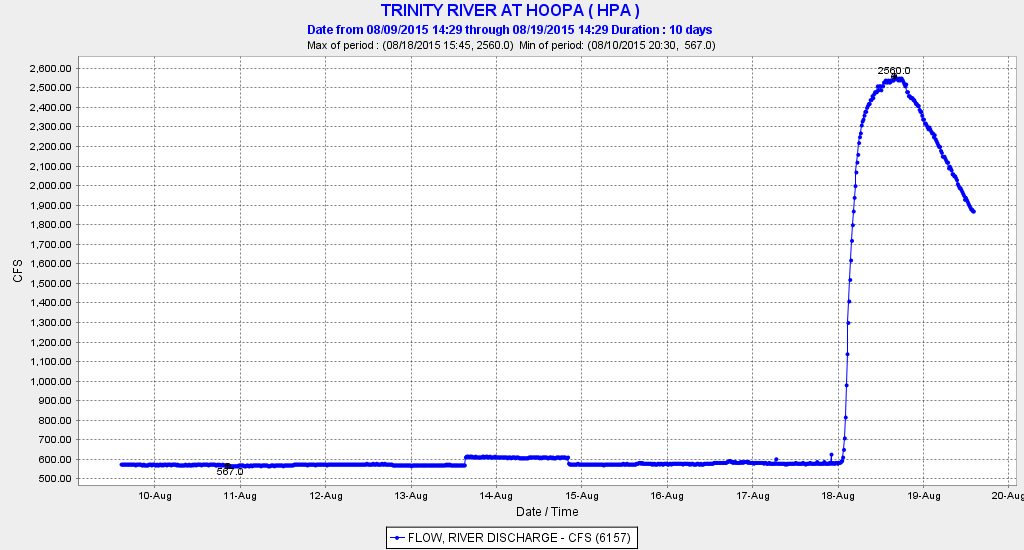