Five larval Delta smelt were captured in the first 20-mm survey of 2022. They were captured in the Cache Slough Complex in late March (Figure 1). After more of the survey is processed, further numbers of recently hatched larvae may be noted, indicating a slight improvement in the nearly extinct population.

These modest improvements in the endangered smelt populations will likely be short-lived as the State Board enacts the Temporary Urgency Change Petition (TUCP) of the Department of Water Resources and the Bureau of Reclamation in response to the winter 2022 drought. The TUCP will further reduce freshwater outflow and move the low-salinity zone upstream into the Delta (Figure 4 and 5). Depleted reservoir storage resulting from excessive storage releases to water contractors in 2020 and 2021 created the need for the petition. Despite the depleted reservoir storage, less extreme measures are possible that would provide some protection for the smelt, as discussed in an April 5 post. 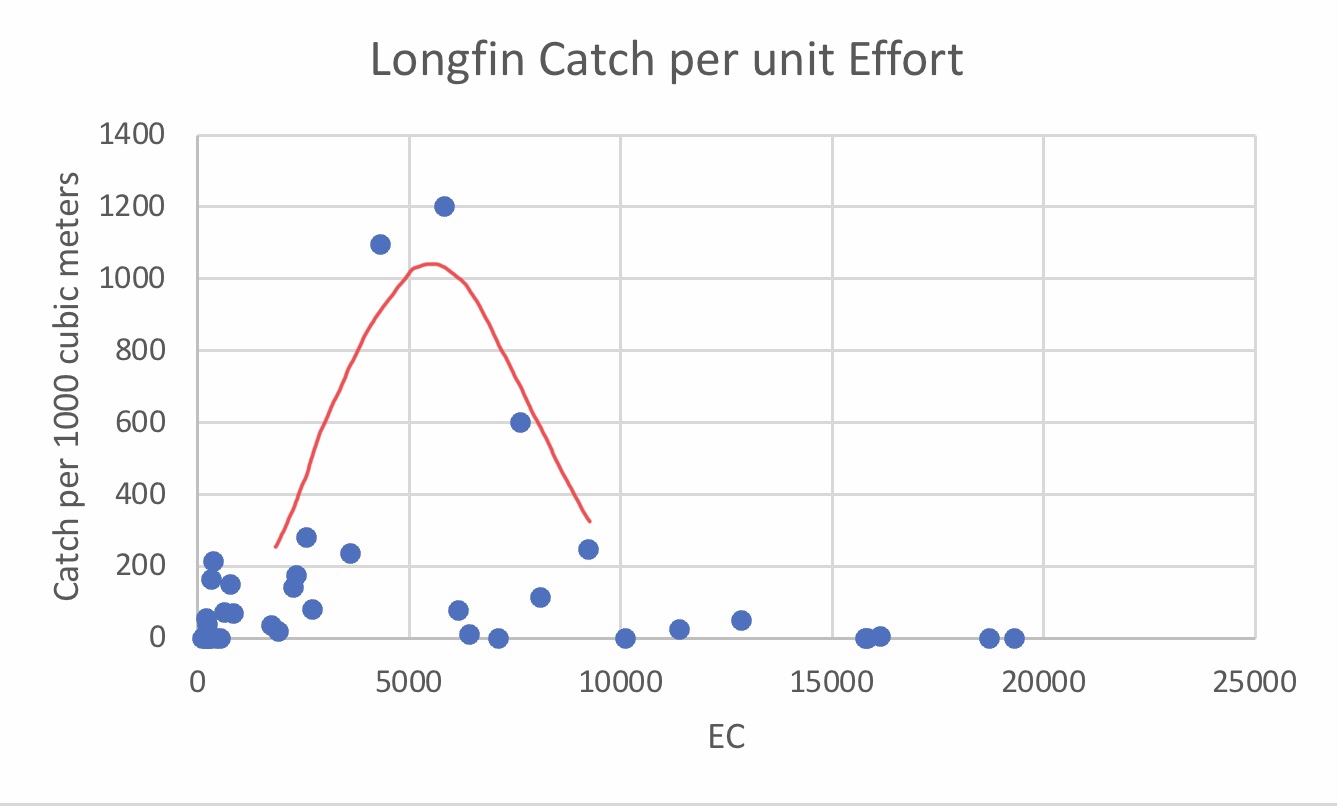 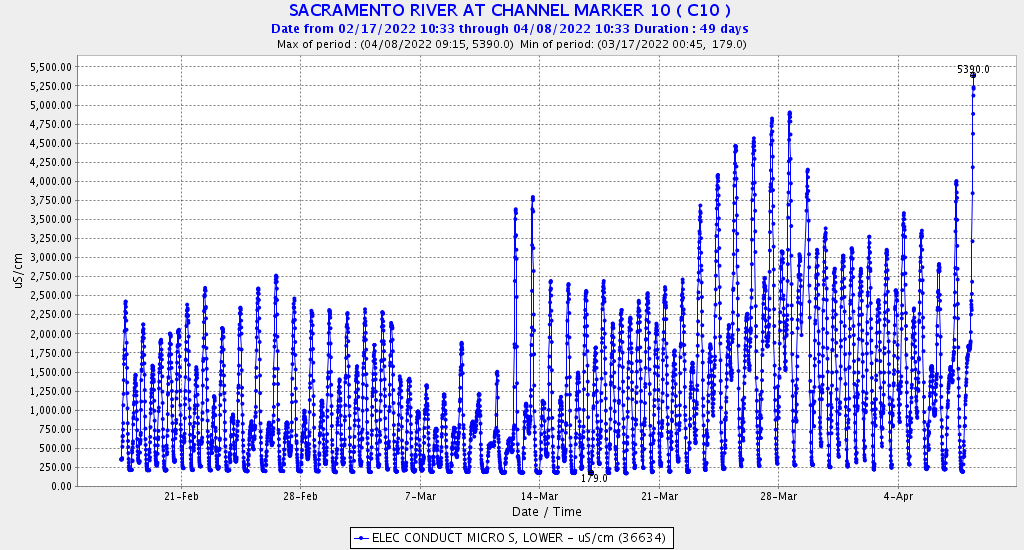 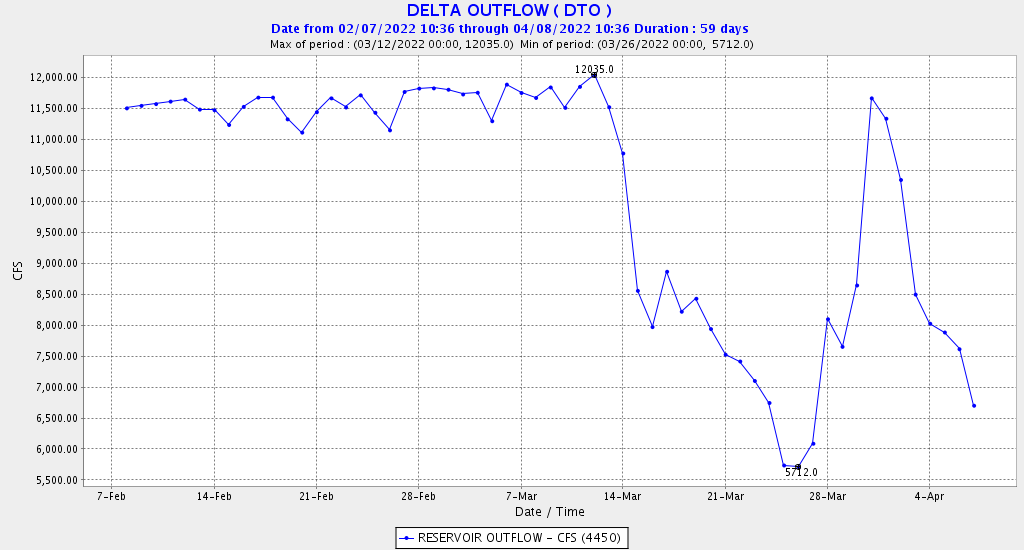