The State Water Board’s weakening of the water temperature standards in the Sacramento River below Shasta at the request of Reclamation and concurrence by NMFS this late spring and early summer has likely led to excessive take during this spawning season of listed Green Sturgeon, increasing their risk of their extinction. Lower flows and higher temperatures in the Sacramento River’s Green Sturgeon spawning reach from Anderson (RM 280) to Hamilton City (RM 200) has likely resulted in a substantial mortality of eggs and larval Green Sturgeon, as well as White Sturgeon, during and following their May-June spawning season.

Water temperatures below Red Bluff (RM 240) exceeded the upper thermal optimum for Green Sturgeon embryos (17-18°C, 62-65°F1) from late spring to early summer 2015 (Figure 1), but rarely in 2012, the first year of the present drought (Figure 2), when standards were not weakened. Water temperatures exceeded 62°F nearly to Anderson at times this summer (Balls Ferry and Jelly’s Ferry). Approximately half the spawning reach has been severely degraded by warm water from weakened standards (Figure 3). Lower flows and higher water temperatures have likely led to earlier spawning and more concentrated spawning in the upper end of the spawning reach. The river below Hamilton City, where eggs and fry drift and many young rear, is degraded with high water temperature even above 100% lethal levels (23°C, 73°°F) at Wilkins Slough (RM 120) (Figure 4). In 2012, when standards were not weakened, conditions at Wilkins Slough were much better and near optimum (Figure 5). However, even in 2012 (the first year of the present drought cycle) Green Sturgeon tended to spawn further upstream in the spawning reach than in previous years2 because of lower river flows and/or higher water temperatures. 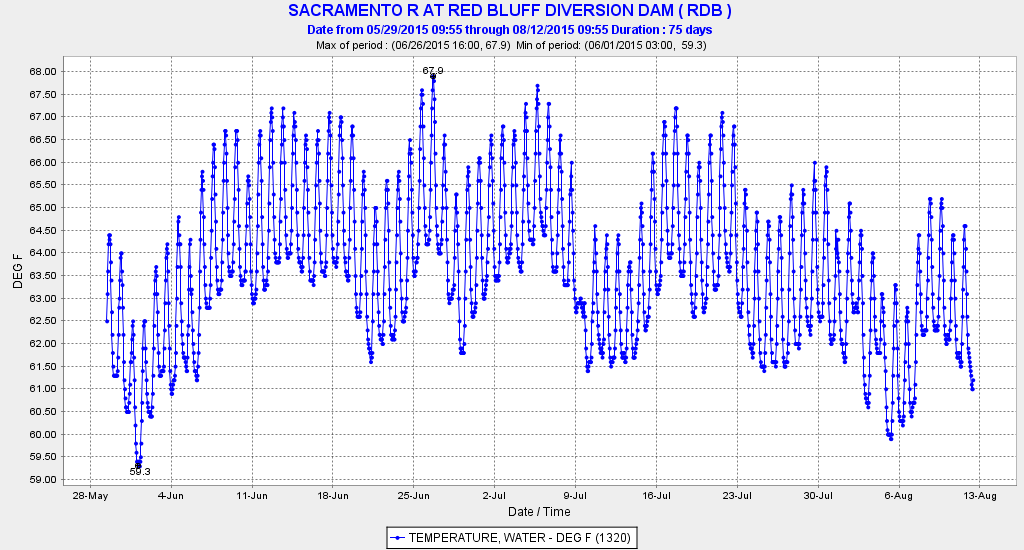 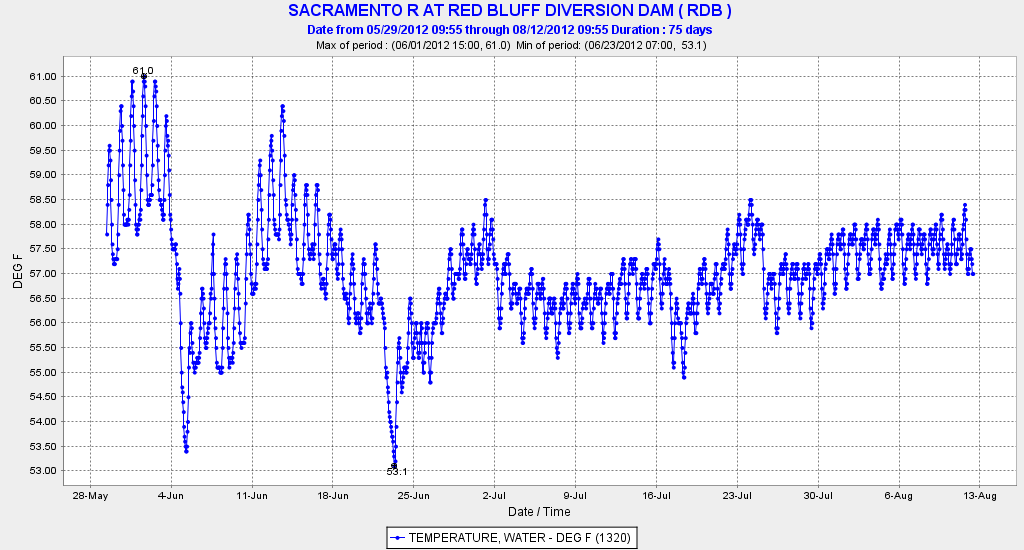 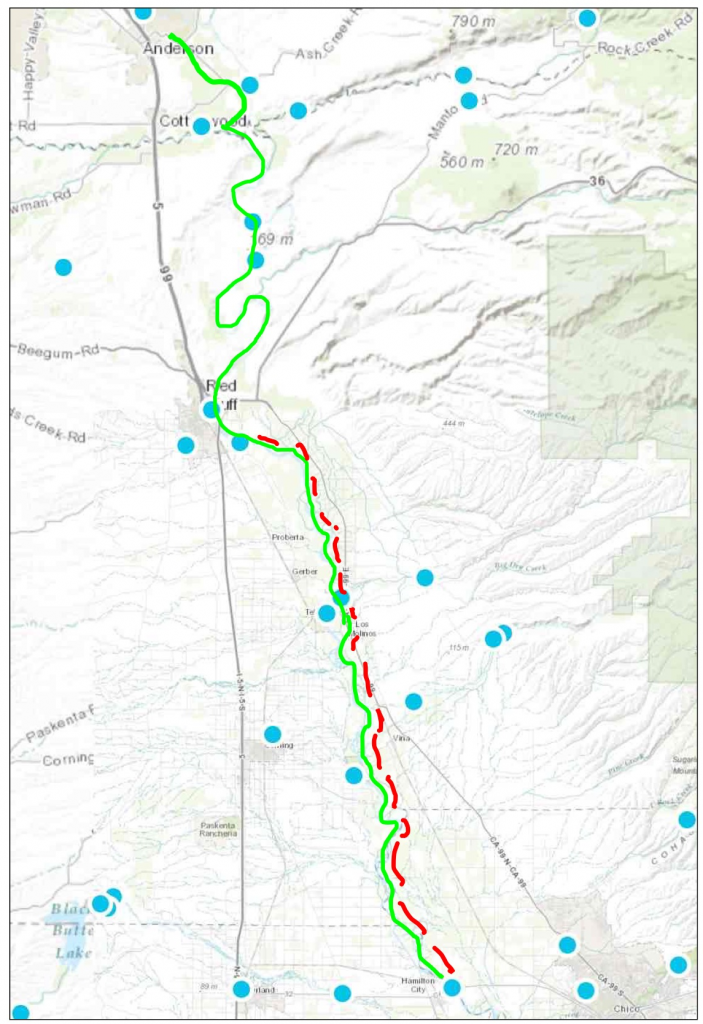