Since the last update, Delta and longfin smelt have continued their trends of record low numbers, as shown in the most recent Smelt Larvae Survey and 20-mm Survey. They are not yet gone, but close. It remains to be seen whether the good conditions provided so far in this wet winter 2016 can lead to some form of recovery for these two endangered species.

With the high winter flows, the young from this year’s spawn are now distributed well to the west, although some remain in the north Delta (Figure 1). Their numbers continue at record low levels (Figure 2) despite a wet winter. 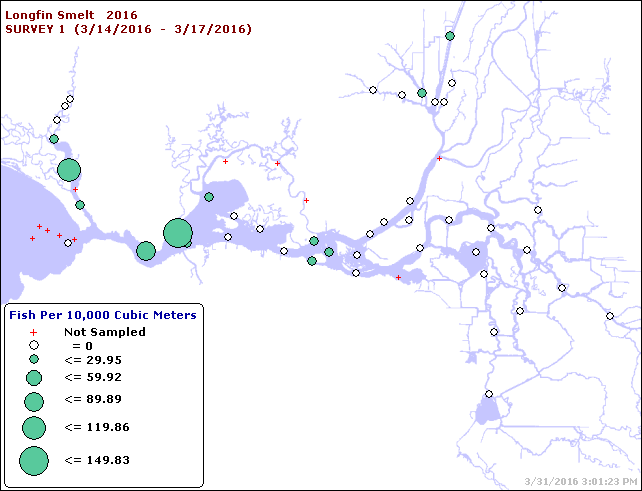 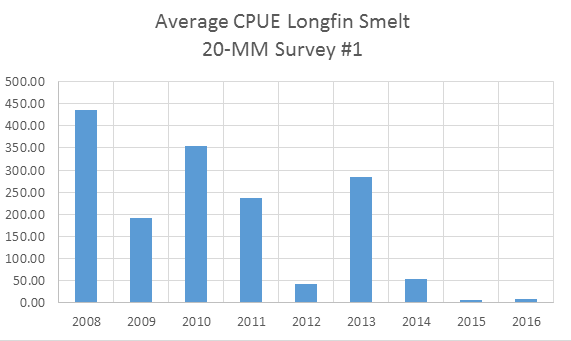 Delta smelt have yet to grow into the size range captured in the 20-mm Survey, but remain present in the last Smelt Larvae Survey (Figure 3). High winter through-Delta flows have resulted in a slightly more westward distribution than in recent drought years such as 2013 (Figure 4). Although numbers collected are very low, it is too early to determine relative production for 2016 compared to previous years in the Smelt Larvae Survey or the 20-mm Survey. Under similar wet winter-spring conditions in 2010 and 2011, Delta smelt had modest population improvements. It remains to be seen if the very low adult spawning population this year (in comparison to the populations in 2010 and 2011) can lead to some form of recovery in the population under this year’s relatively wet conditions. 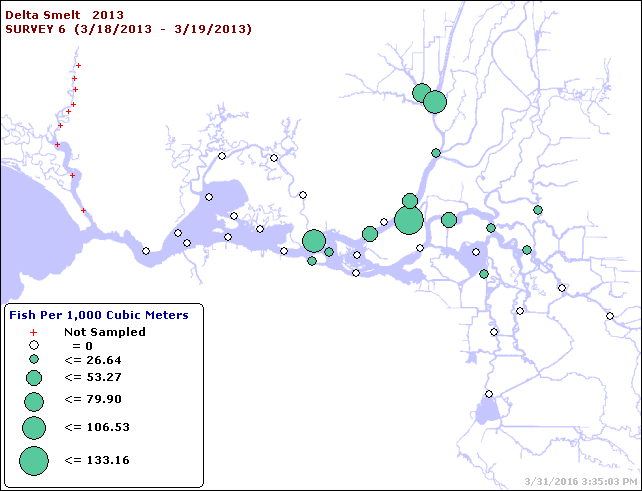