Uncle Sam has the Trinity River Plan together for 2016 (Figure 1). Trinity Reservoir is not full (Figure 2) and may not fill, but it is a Wet water year under the Trinity River Record of Decision, and the fish are going to get a lot of water after the worst two storage years since the reservoir first filled in 1963.

I can’t say the same for the other parts of the Central Valley Project in northern California. Despite the fact that Shasta Reservoir will soon fill (4.5 million acre-feet) and is making flood releases, it is only a “Below Normal” year for the Sacramento Valley. But all the north- of- Delta water contractors will be getting 100% of their water allocations. 1

What will the flows be below Shasta? What will be the flows at Wilkins Slough in Sacramento River in mid-Valley? What will Delta inflows, exports, and outflows be? Will the Delta have a wet June? What will the target water temperatures near Redding this summer be for Winter Run salmon? Will it be a 53°F summer target for the salmon for Red Bluff, or will Water Right Order 90-5 requirements be weakened as they has been over the past four years of drought?

The Sacramento River Plan is due at the end of April. It all hinges on whether Shasta will retain 2.2 million acre-ft of storage by the end of September (it will unless diversion demands are excessive). Will the feds and the state try to weaken the standard again? Will they accept poorer results than 2010 and 2011 (Figure 3)? 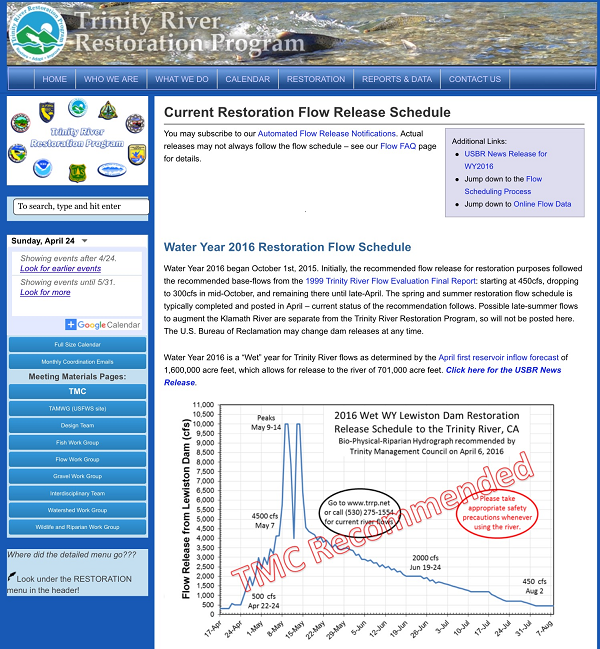 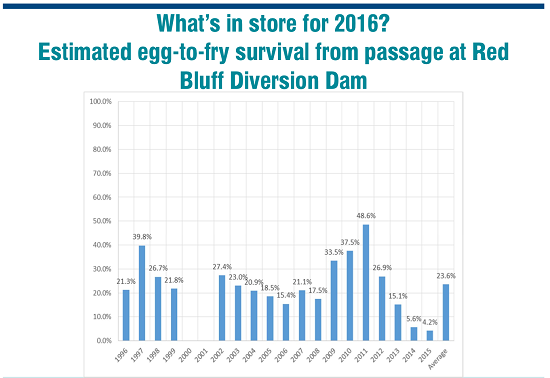 Figure 3. Survival of Winter Run year classes below Shasta Dam from 1996-2015.2 WR 90-05 water temperature standard for Sacramento River near Red Bluff was weakened during 2012-2015 drought. The severely weakened standard in 2014 and 2015 led to poor survival and virtual loss of two year classes.