A rare Bay-Delta spring plankton bloom in 2016 may benefit longfin and Delta smelt (and other fish).  The bloom (a condition in which chlorophyll concentrations consistently exceed 10 micrograms per liter of water) commenced in late April.  Geographically, it extended from Suisun Bay up into the Delta to Rio Vista on the Sacramento River and to near Stockton on the San Joaquin River (Figure 1). 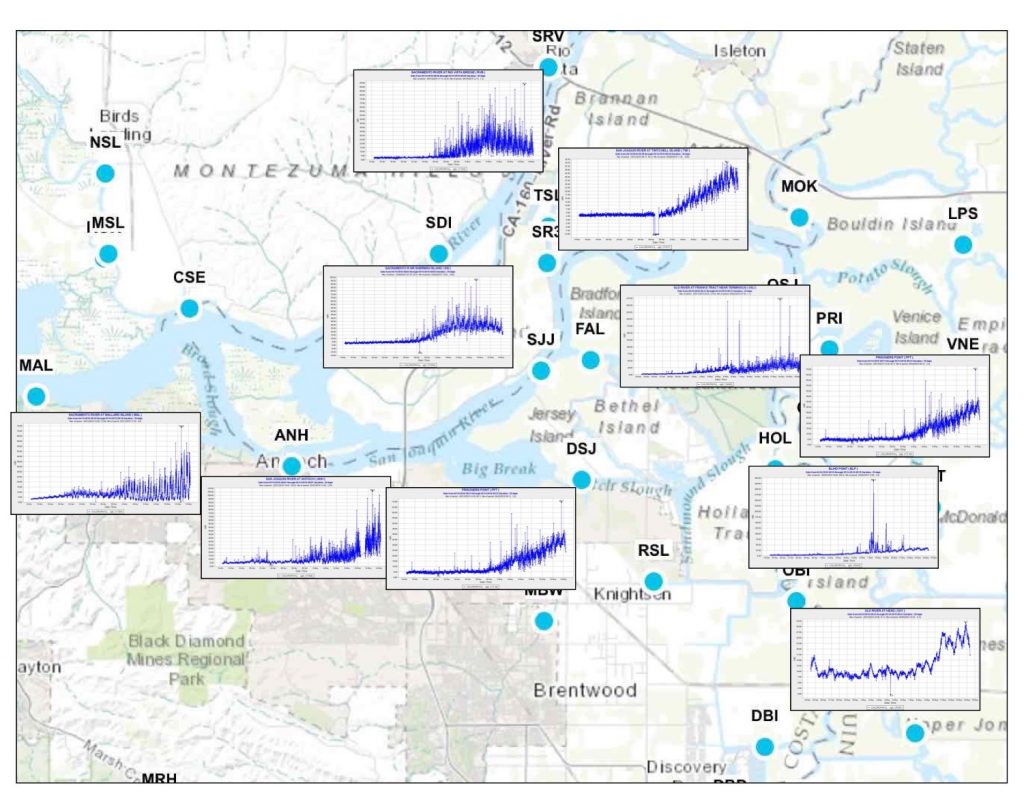 The bloom coincided with a drop in previously high early spring Delta inflow and outflow, as well as with low exports and the implementation of San Joaquin River pulse flows.1 Delta outflows were moderate, relatively steady, and higher than in recent drought years, and consistent with a “normal“ year pattern (Figure 2). San Joaquin River pulse flows occurred after mid-April (Figure 3). The Low Salinity Zone or LSZ (0.5-6 ppt) was located in Suisun Bay. X2 (2 ppt) migrated with the tides from Honkers Bay (northwest of MAL) to Sherman Island (northeast of ANH) within eastern Suisun Bay. The head of the LSZ (500-1000 EC) and the bloom extended upstream to Rio Vista on high tides (Figures 4 and 5). Water quality standards (D-1641) that require 14-day average X2 to be at Chipps Island (MAL) or further west helped to ensure consistent Delta outflow.

Longfin smelt concentrated near X2 and may benefit from plankton bloom (Figure 6). Remaining Delta smelt may also benefit as they too concentrate near X2. Maintaining the LSZ and X2 in Suisun Bay is generally thought to promote Bay-Delta productivity and higher smelt survival. In the past four years of drought, the LSZ and X2 during spring and summer have generally been upstream of Suisun Bay, in the Delta. 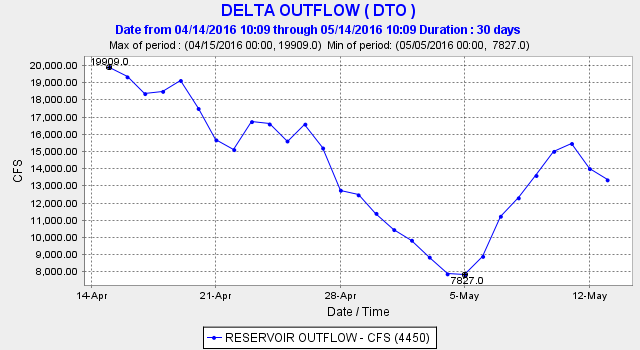 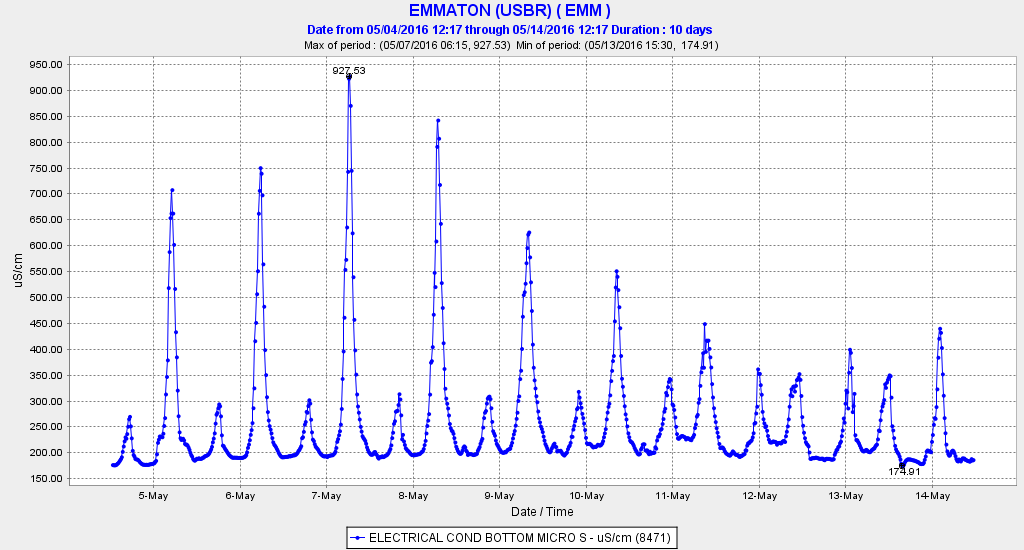 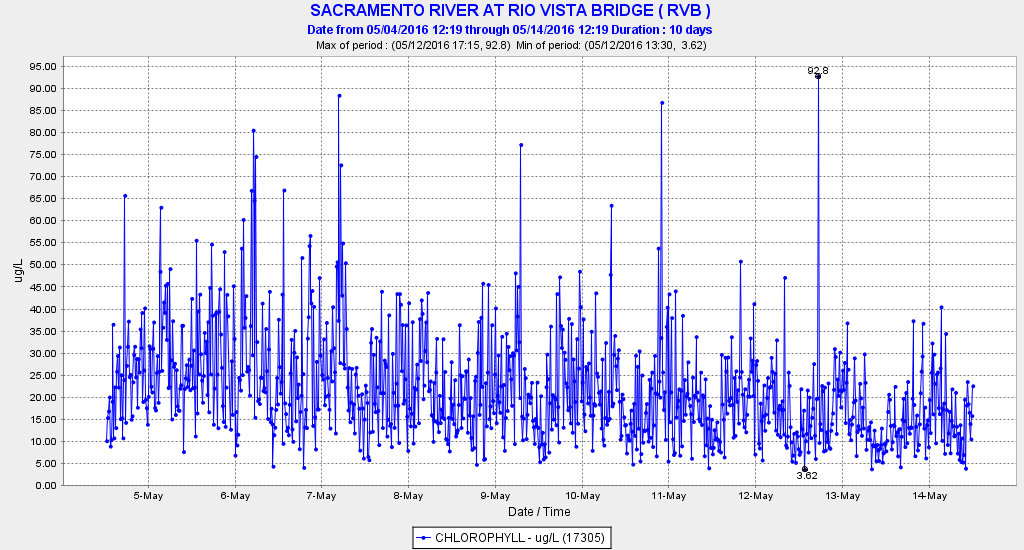