Give them a chance.

Soon after spring run salmon smolts were released from the new San Joaquin River Spring-Run Recovery hatchery at the beginning of March, they began appearing in south Delta export salvage facilities (Figure 1). The number salvaged is unusually large, about one percent of the 87,000 released1, in salvage historical records as indicated in Figure 1. The salvage rates of recovery for the other winter 2018 Central Valley hatchery releases are much lower. The high rate of salvage of the March 1 San Joaquin River spring-run release reflects the vulnerability of young salmon that are drawn into the south Delta, where they are at risk to the State Water Project (SWP) and Central Valley Project (CVP) export facilities.

That risk comes from high export levels in winter-spring. Salvage of the spring-run smolts increased sharply as combined SWP and CVP exports reached high levels (8000-10,000 cfs) in late March (Figure 2). Such high exports were allowed this spring because of the increase in San Joaquin flows in late March (Figure 3). Tying export limits to San Joaquin flows2 and OMR flows is obviously not protecting San Joaquin salmon emigrants. The flow pulse may be the trigger that moves the young salmon down to the Delta. Exports should be reduced, not increased, during such pulses. But both current requirements as prescribed in the OCAP Biological Opinion for the Delta operations and requirements proposed under WaterFix allow increasing exports as flows increase. 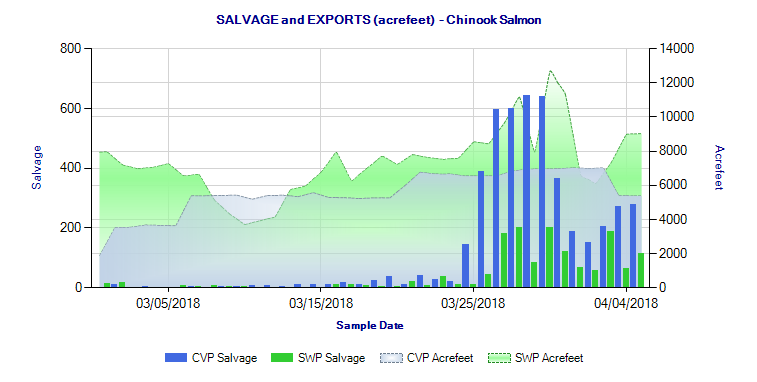 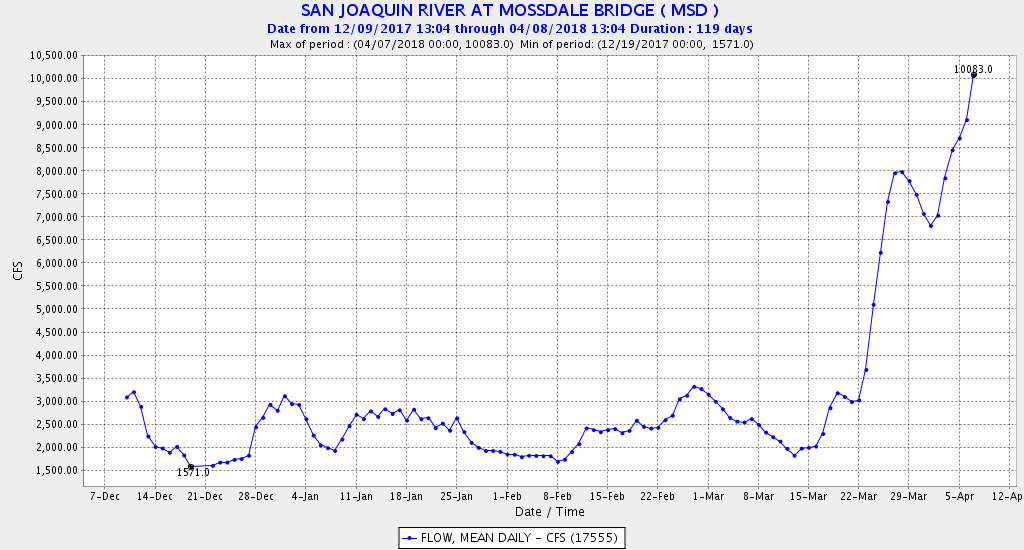