Since I last posted about splittail, there has been little sign of their recovery in the Bay-Delta.  Flooding in the Sacramento Valley brought modest production in 2016, but a dry year in the San Joaquin Valley brought little there.  Numbers observed in summer south Delta pumping plant salvage are now very low (chart), with little evidence of recovery of the population.  The 2011 year class of 5 year olds, the last good wet-year year class, produced minimal offspring in the past three years.  It is fair to say that the recovery potential for the species is improbable.  The next several years will be the last for the 2011 year class, leaving the viability of the species in question.  As I stated in the earlier post, splittail should not have been removed from the federal list of endangered species. 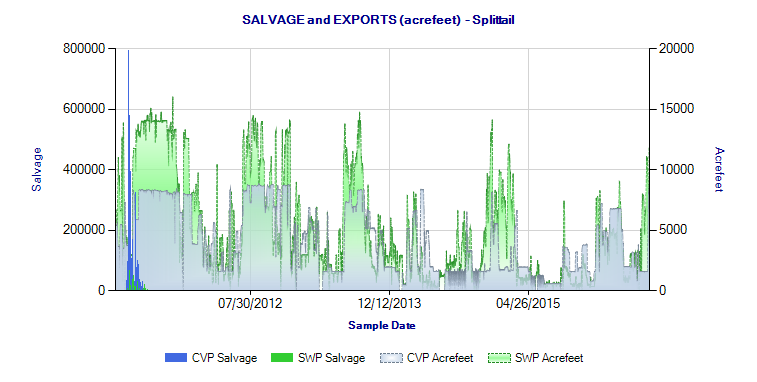 Salvage of Splittail at south Delta export facilities from April 2011 to July 2016.