In a recent post on the status of the state-listed longfin smelt, I remarked on the dire straits of the population in the San Francisco Bay Estuary.  I noted that the first measure of a population collapse would be the lack of population response in wet year 2017 as determined by the larval longfin smelt catch in the January 2017 Smelt Larval Survey.  The January 2017 survey results are now in and indicate very low catch (15) relative to the first eight years of the survey.  Additional larval surveys in February and March and the spring 20-mm Survey will likely confirm these results.  The low larval count reflects the lack of adult spawners in the population.  Most of the winter 2017 spawners came from the winter 2015 brood.  The question remains whether the population can rebound under such low recruitment of juveniles into the population and whether juvenile survival (recruit per spawner) can increase under 2017’s favorable wet year conditions. 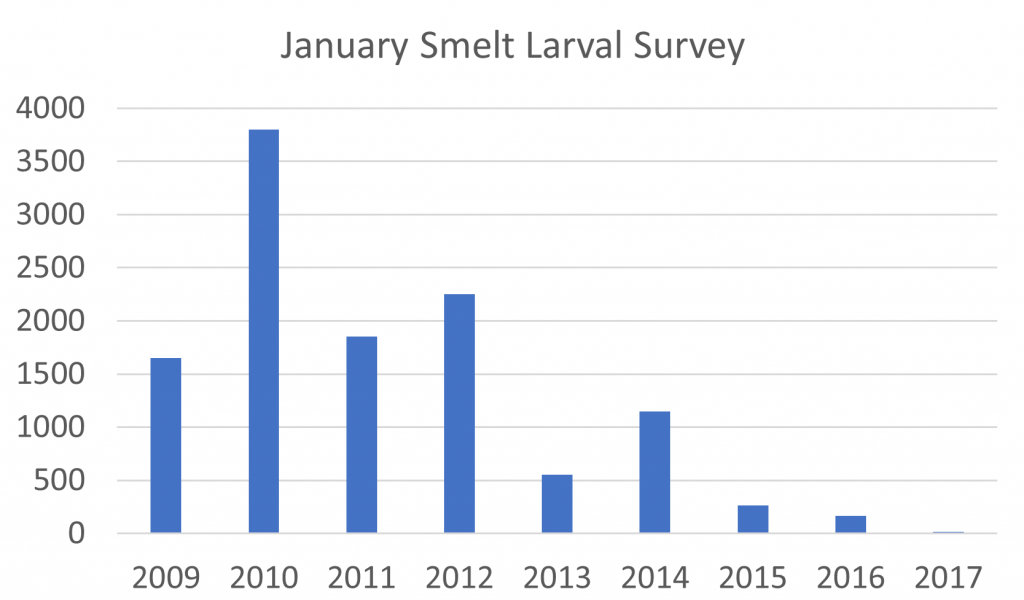