“The low salmon run size for the Yuba River appears to be part of another regional salmon collapse.”

Comment: the 2007-2008 Central Valley salmon collapse was attributed to several potential causes: poor ocean conditions for spawn/brood years 2004 and 2005, poor 2004-2005 Bay–Delta conditions, and lack of hatchery pen acclimation in the Bay.1 Most likely that collapse was related to drier river conditions from years 2001-2005 and critically dry years in 2007-2008, after wet conditions in years 1995-2000 resulted in high population levels. The new 2016 low is likely a consequence of the drought years 2012-2015, and specifically of poor conditions in the Yuba River.

The article also noted a high proportion of hatchery fish in the Yuba salmon run, and cited a Fishbio blog post for the following:

“It is time to decide whether we want to base our salmon production goals on sheer numbers of genetically similar hatchery fish, or on diverse, wild fish naturally supported by our local rivers.”

Comment: Since the Yuba River is the largest tributary of the lower Feather River, one would expect it to receive a portion of the wild and hatchery salmon production of the lower Feather. To define this as “straying,” given that the genetic stocks are identical, is debatable. What is unusual is that the Yuba run is made up of predominantly Feather River hatchery fish, thus indicating poor natural production from the Yuba itself, particularly in drier years. There is something about the Yuba that leads to poor natural salmon production at least during or after drought periods.

Having worked and fished on the Yuba over the past two decades, I thought I would share my insights in this post. Starting with the stock-recruitment (S-R) (recruits per spawner) relationship, I have found that, like other Central Valley salmon rivers, the Yuba has a telling and highly statistically significant S-R relationship (Figure 2) that supports the following findings:

In summary, there are a lot of factors that potentially affect the salmon run in the Yuba River. It is difficult to evaluate the importance of the various factors, but my bet is on two factors that stand out: 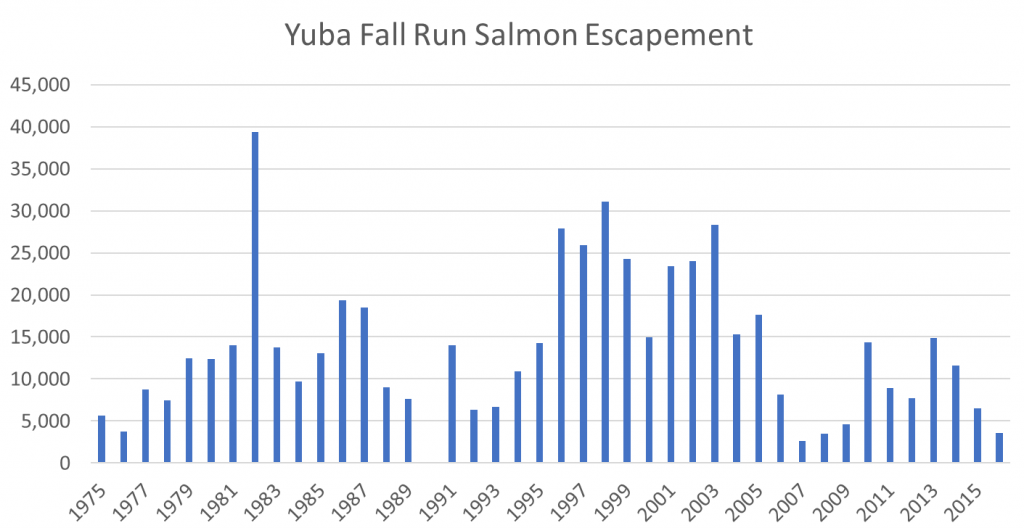 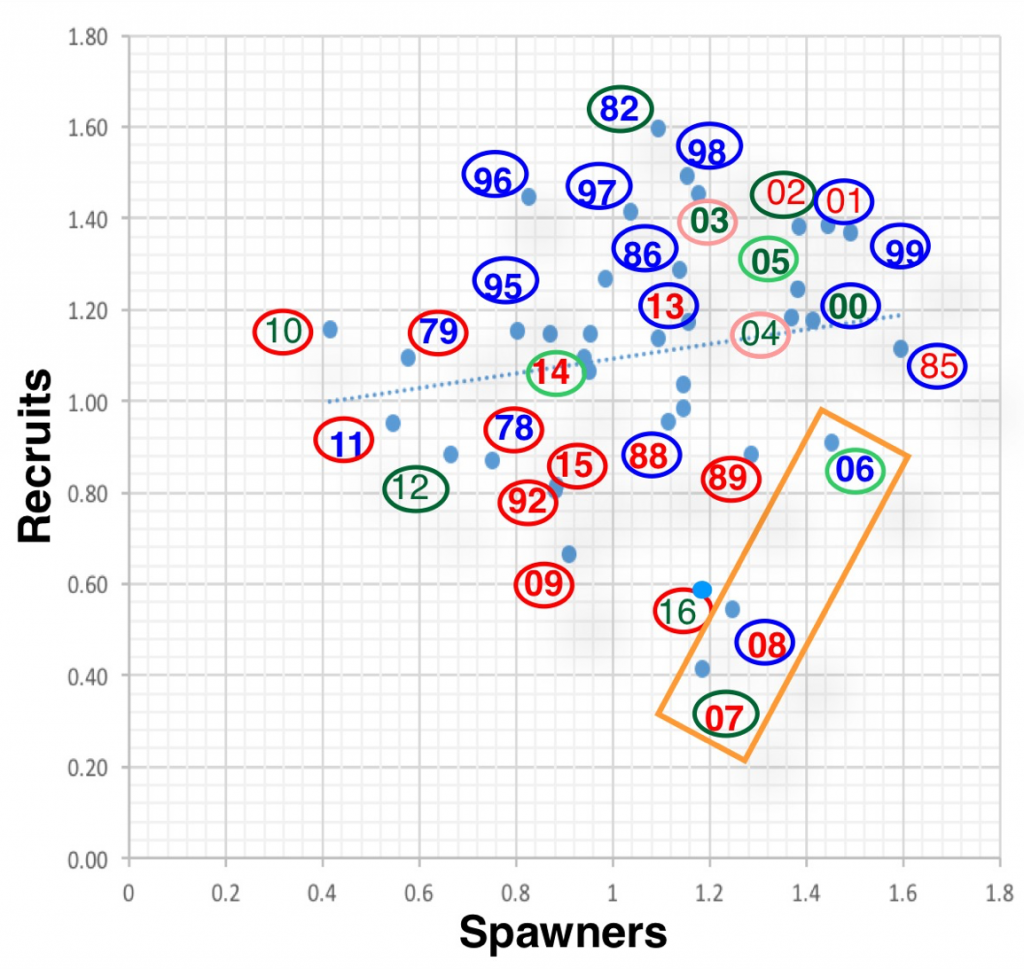 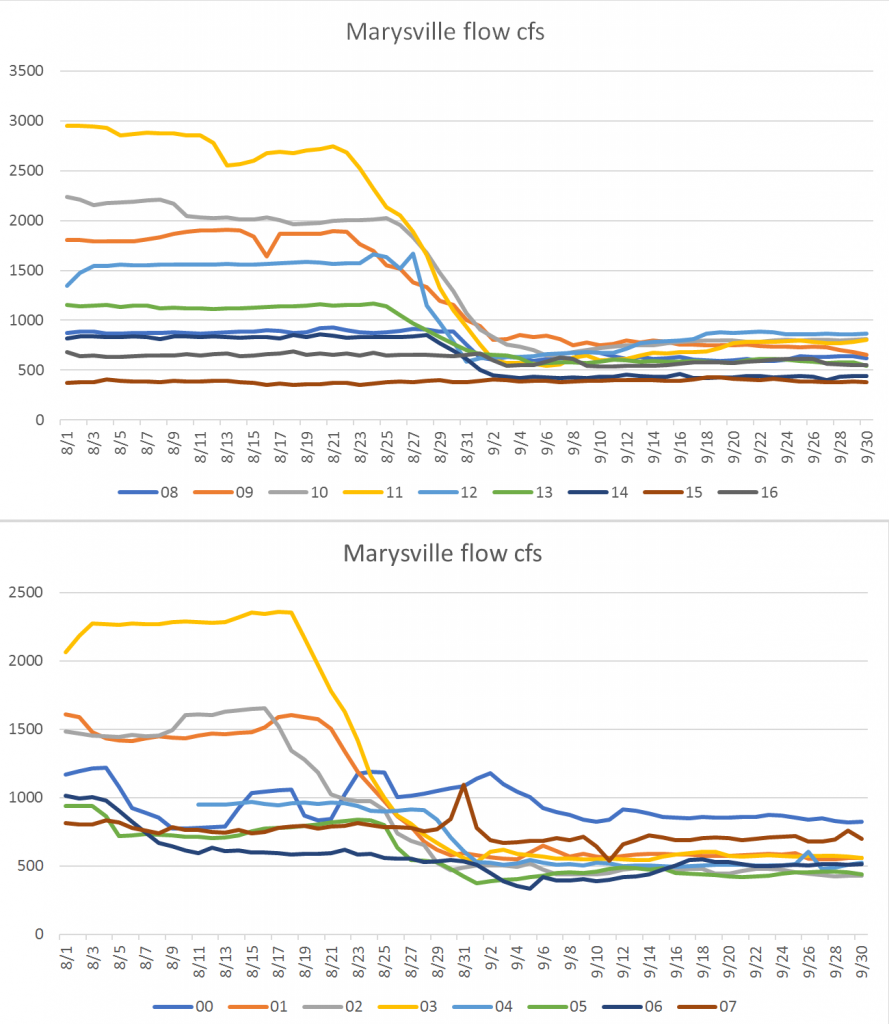